PAUL POGBA ‘tripped himself’ for Manchester United’s winning penalty against Aston Villa, according to Dean Smith.

Douglas Luiz appeared to trip the Frenchman but Villans boss Smith said the decision was ‘dubious’ and he had a lot of ‘doubt’. 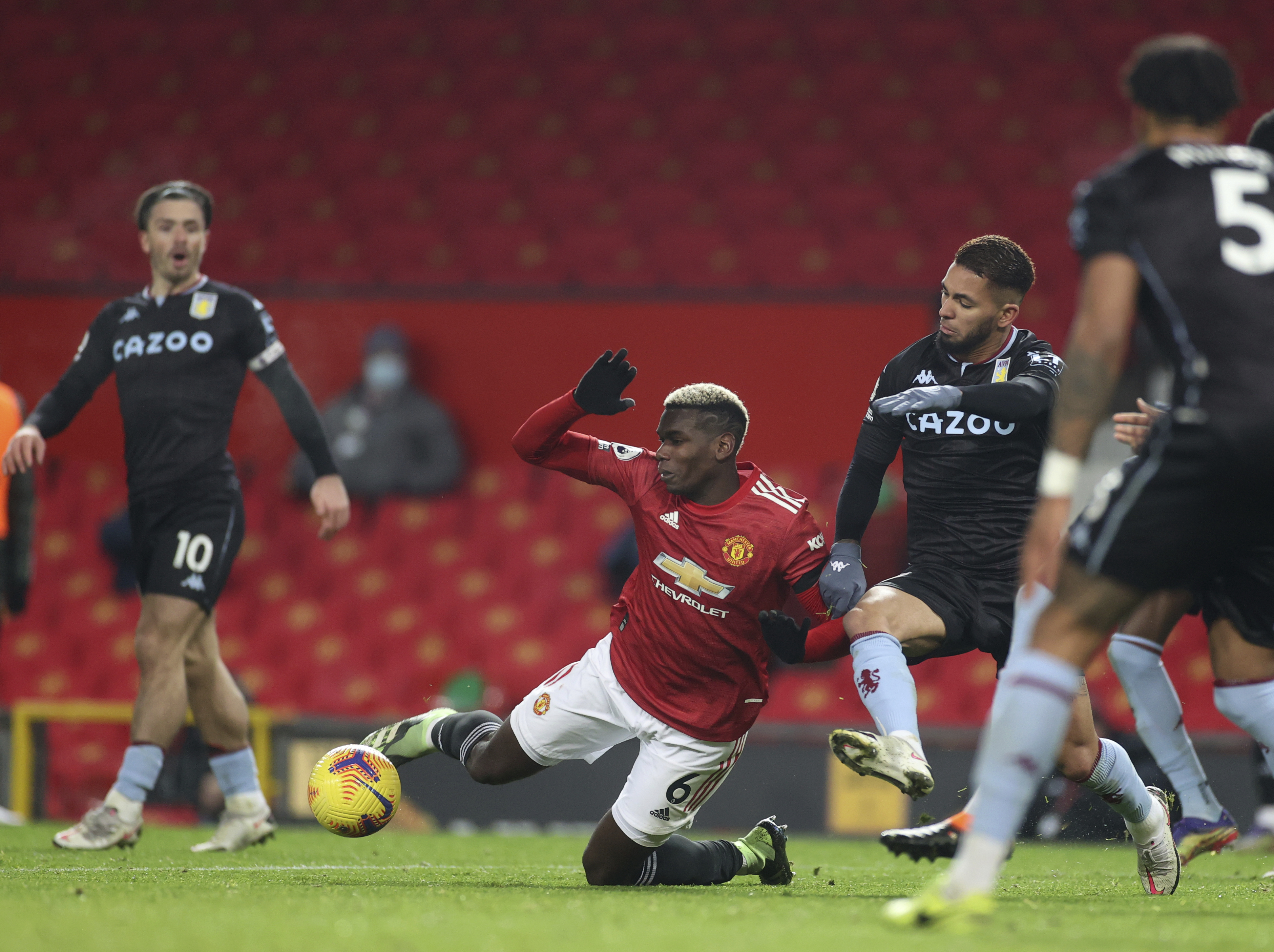 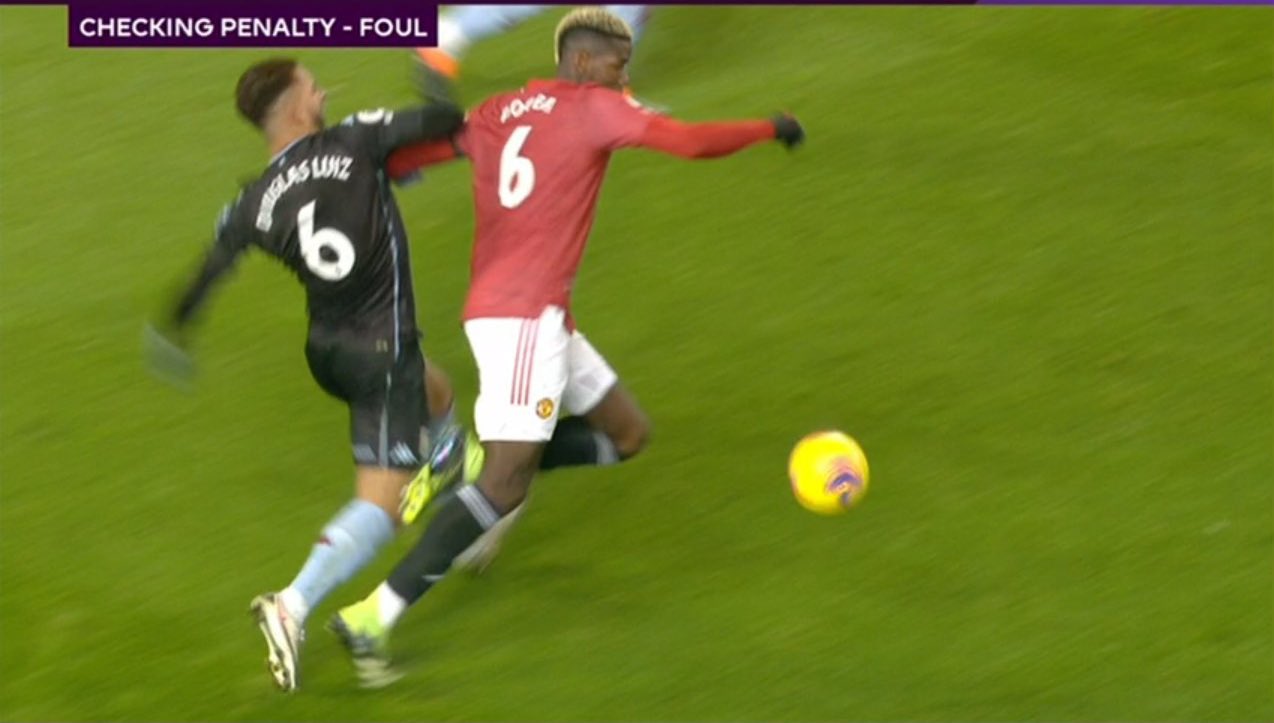 Smith said Pogba tripped himself and there was a lot of ‘doubt’ over the decisionCredit: Sky Sports

Bruno Fernandes converted the 61st minute spot-kick to hand United the 2-1 win after Anthony Martial and Bertrand Traore scored either side of half-time to see the teams level at 1-1 on the hour mark.

Pogba broke into the box where his legs appeared to get tangled with Luiz’s – but replays show his foot got caught on his own leg.

Michael Oliver quickly pointed to the spot and, although a VAR check took place, he was not told to check the decision himself on the pitchside monitor.

Speaking after the game, Smith said: “My view was it was a penalty from where I was stood. I thought Douglas had got too tight with Pogba and he went down.

“But I’ve just gone in the dressing room and seen it back and there’s a lot of doubt. I think he’s tripped himself up.

“Similar to Douglas when he was running back in the first half – he tripped himself up.”

And Smith was also unhappy Oliver was not told to take another look at his decision on the VAR screen.

Smith added: “For me there’s enough doubt to send him over the screen but he doesn’t get sent over to the screen. 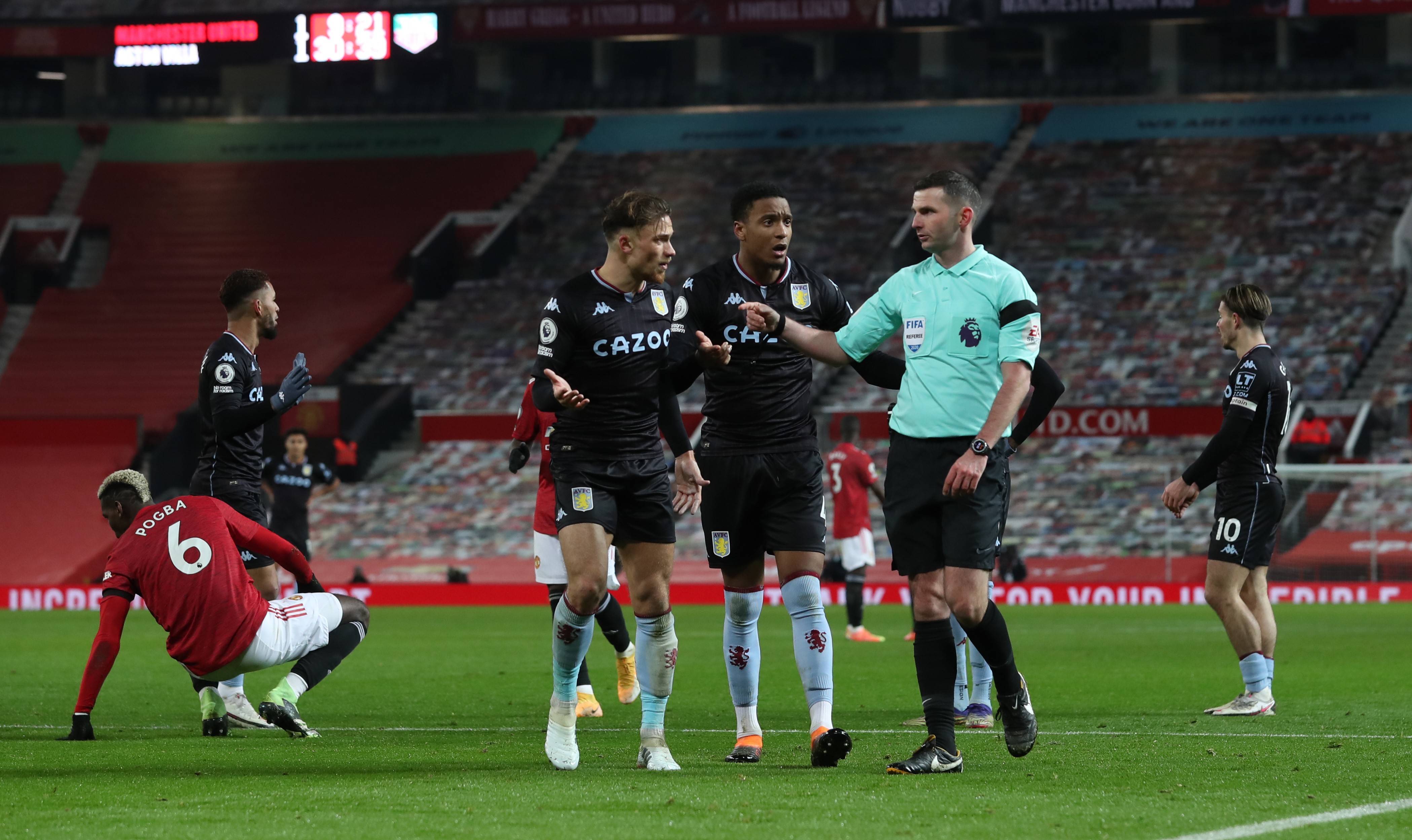 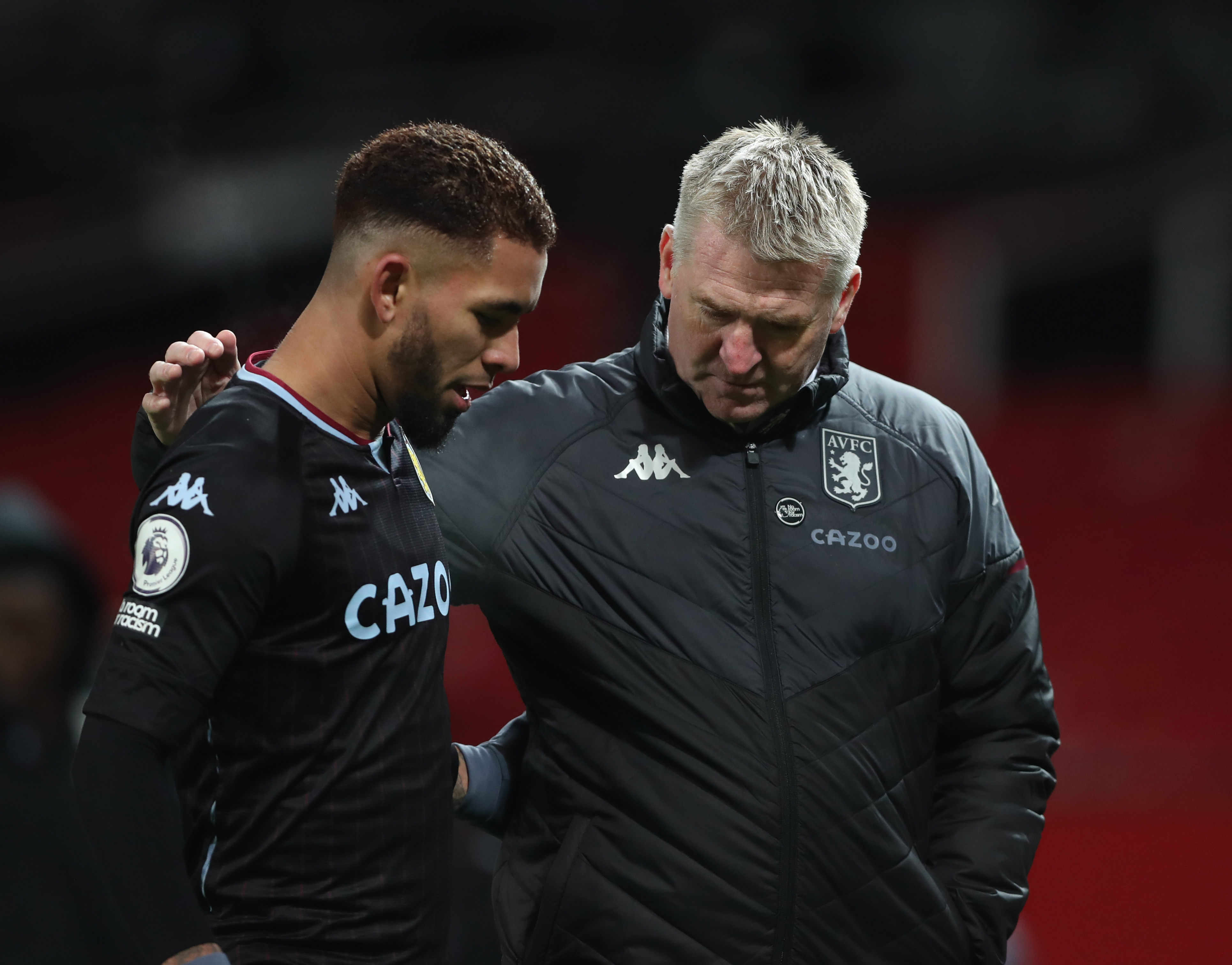 “I’m confused but I feel he tripped himself over.”

The game was considerably delayed as VAR officials at Stockley Park deliberated over the decision but Smith does not think that proves it was not a pen.

He added: “Most of them are about one and a half, two minutes now aren’t they so I don’t think it’s any different.

“But if they’re taking that long, just let them get refereed.

“We had a similar one against Brighton in the last minute with Michael Oliver and he cancelled the penalty but he wasn’t told to go over today.” 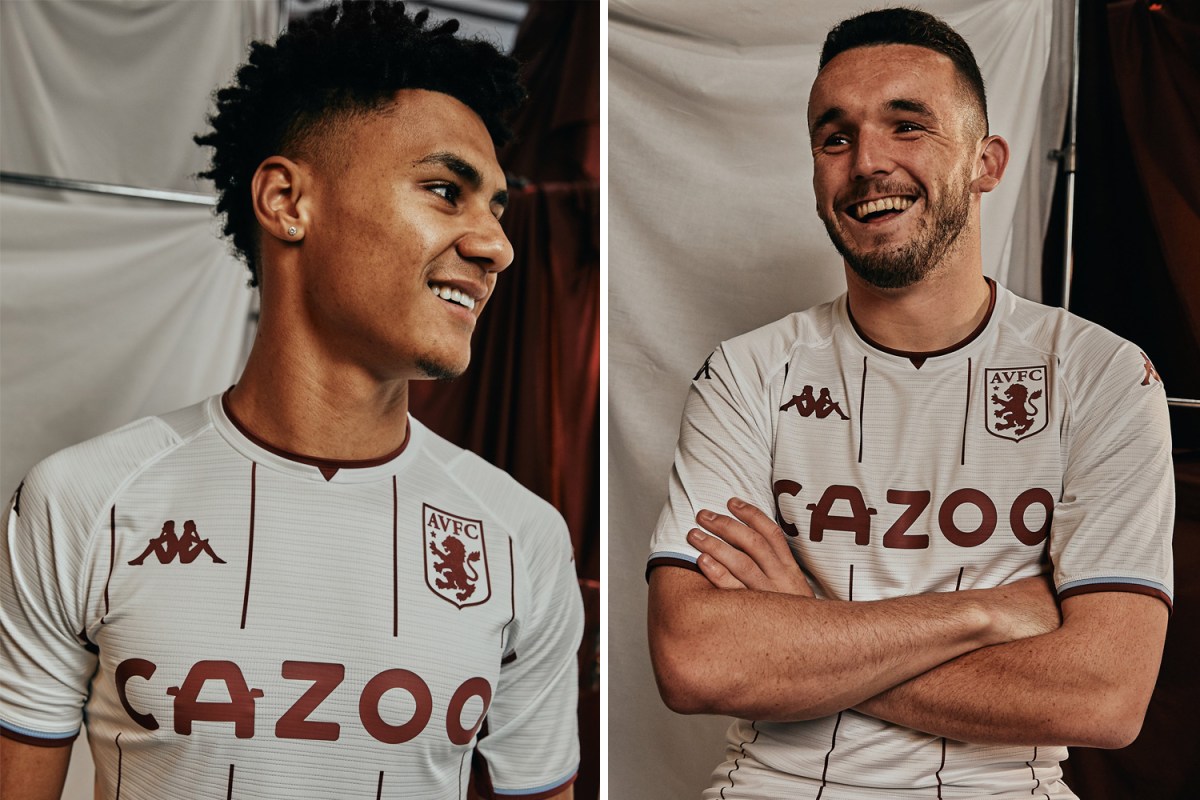 ASTON VILLA may have hinted that they will accept Manchester City’s £100million bid for Jack Grealish. That’s after leaving their...