THE Premier League have insisted the VAR screen did NOT break down when Mike Dean was reviewing his decision to award Manchester United a penalty against Southampton.

Television footage showing the official trying to decide if Jan Bednarek had tripped Anthony Martial to concede the spot-kick appeared to suggest the pitchside monitor had frozen. 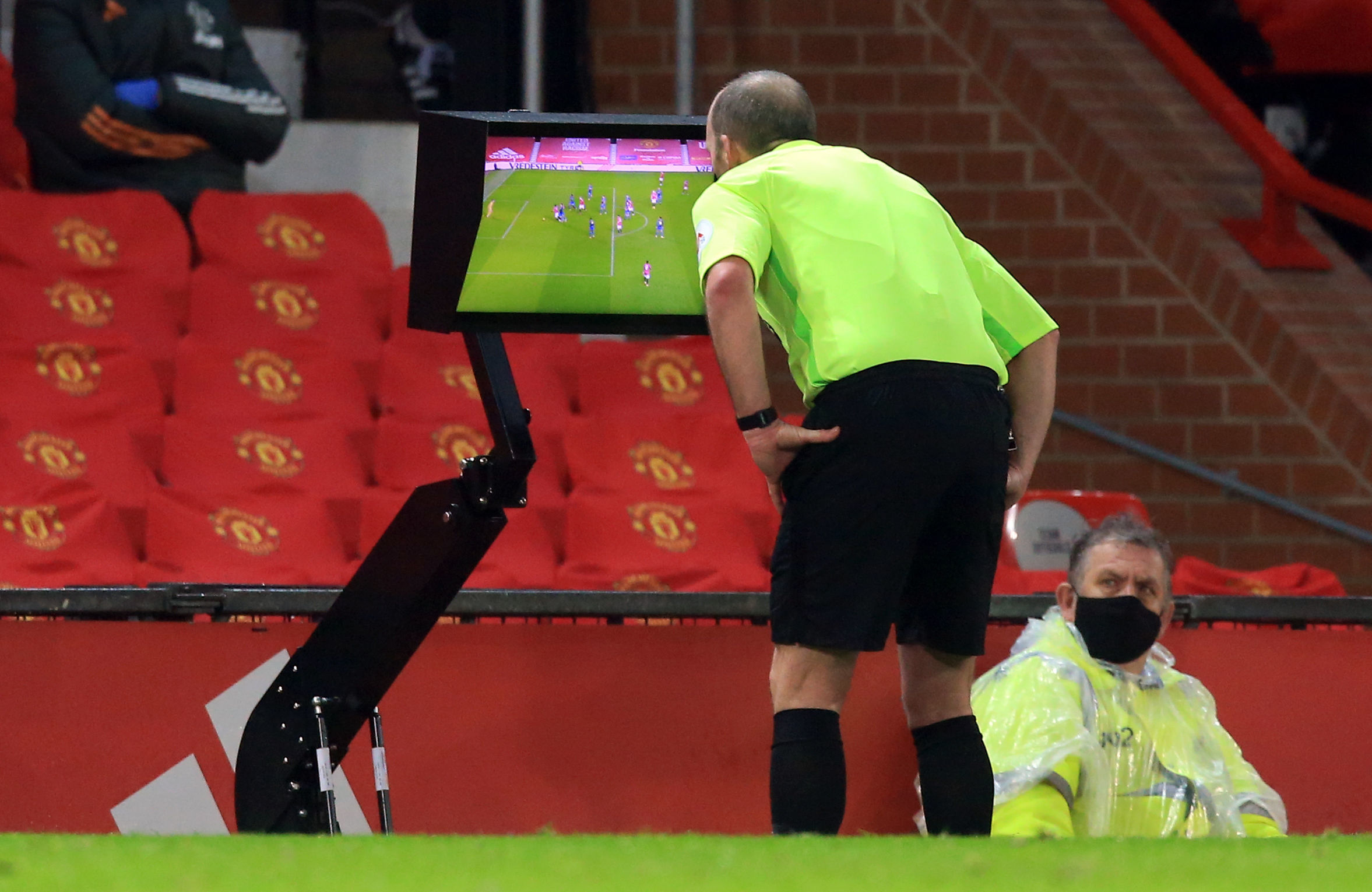 Dean was seen frantically talking with his VAR Graham Scott as the screen stayed locked on one long distant frame – before he eventually decided to give the penalty and show Bednarek a red card.

That led to confusion over how the referee was able to make a call when the video had not seemingly been working properly at Old Trafford.

But the PGMOL have made it clear there was nothing wrong with the technology during the game.

And instead Dean had asked video providers HawkEye to freeze the frame at the exact point of contact so he could assess the entire picture before making his decision.

Bednarek was heard complaining ‘Martial said it’s not a foul!’ after the incident.

Before the red card as United scored their seventh goal, Southampton were left unhappy by a review that disallowed a Che Adams consolation. 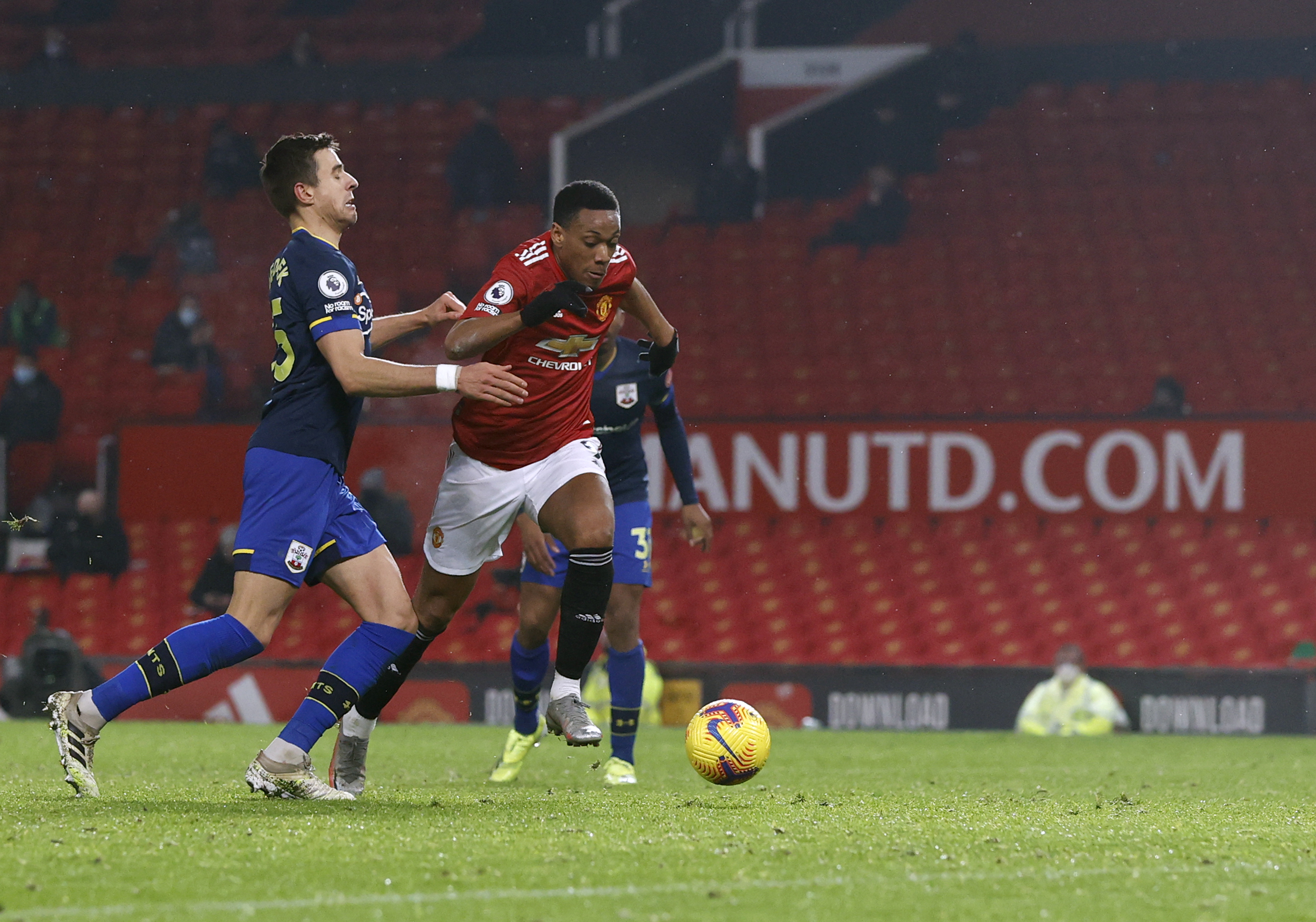 Jan Bednarek was adjudged to have made slight contact with Anthony MartialCredit: AP:Associated Press 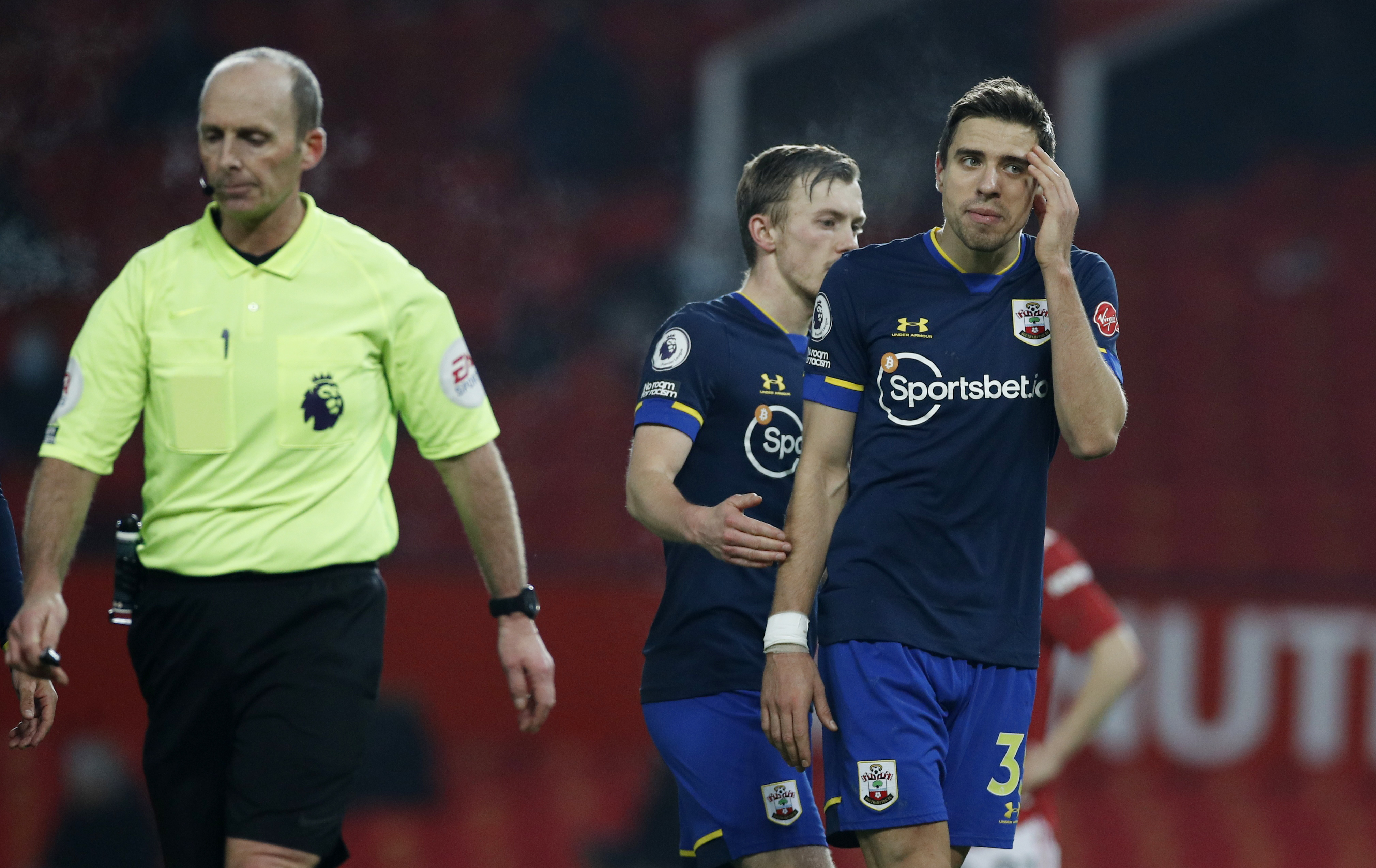 Dean handed the defender his marching orders with the score at 6-0Credit: Reuters

The striker was deemed to be millimetres offside as Saints caught their opponents out with a free-kick routine.

After the 9-0 drubbing, Southampton boss Ralph Hasenhuttl described the ‘horrible’ manner of the defeat.

Aaron Wan-Bissaka, Marcus Rashford and Edinson Cavani scored before the break, alongside a Bednarek own goal.

United then punished the visitors, who were down to ten men after 82 seconds, with goals from Scott McTominay, Bruno Fernandes and Daniel James after the break, as well as an Anthony Martial brace.

Likening the loss to last season’s 9-0 hammering at the hands of Leicester, Hasenhuttl said: “We lost again in a horrible way.

“In the end, it’s a different situation to the first time, as it has been a good season so far and we are in a position we haven’t been for a long time [mid-table].

“We know what we have to do better. It hurts more not less to have this result again. But the team is a different one now. Let’s see how the season ends.”