BARCELONA notched up their second point on the bounce following a goalless stalemate away at Cadiz. 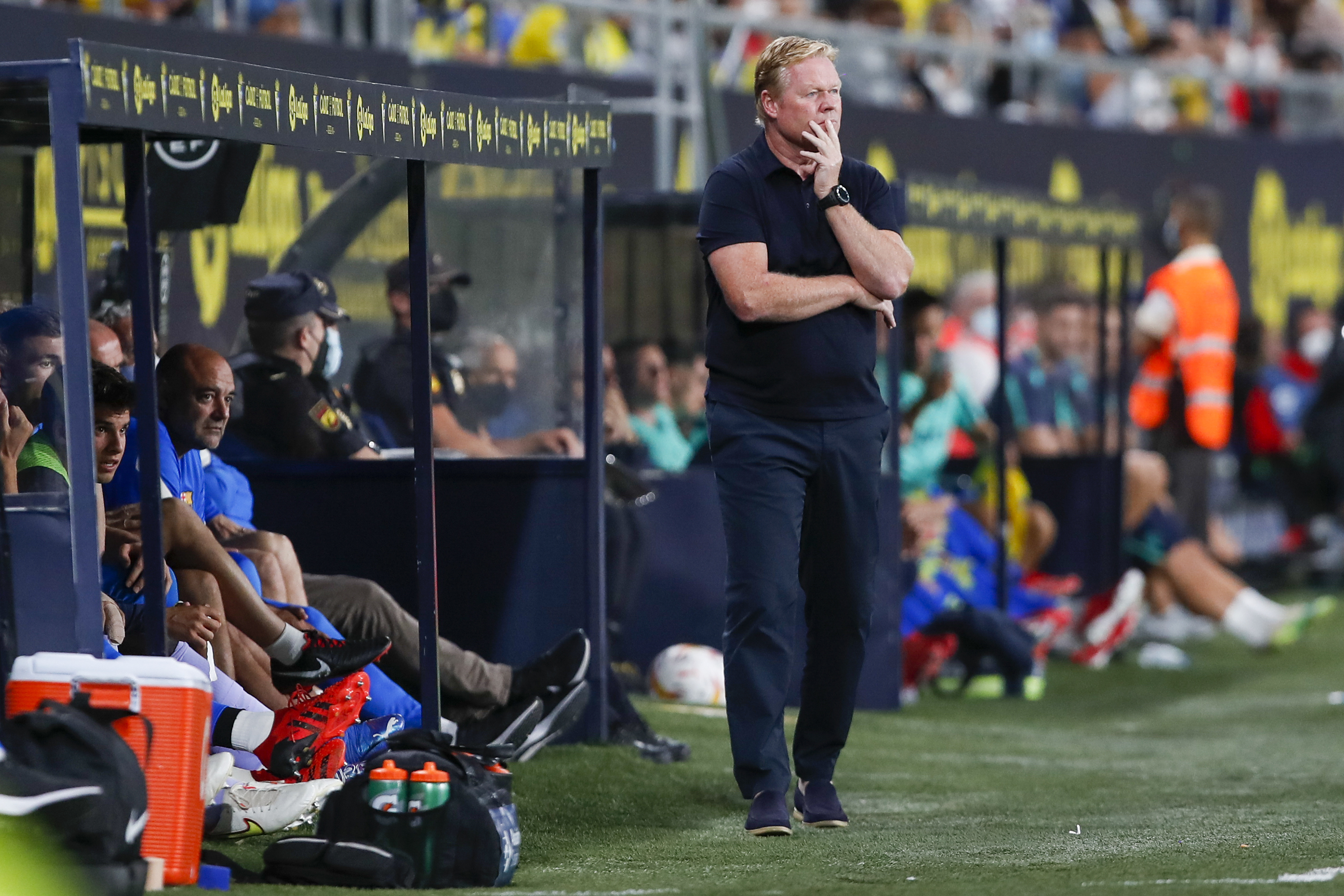 Ronald Koeman’s team are yet to win a game in Spain’s top-flight this monthCredit: AP

And the Catalan side, who have come under scrutiny following their mixed start to the season, will be hoping for maximum points against Levante on Sunday.

Ronald Koeman’s aces struggled to break their hosts in the early stages with Cadiz striker Ruben Sobrino forcing a shot block from Gerard Pique around the tenth minute.

But the visitors began to ease their way into the game with Sergino Dest prompting Jeremias Ledesma to punch his cross away.

However the Pirates had to continue the second period without their centre-back Fali who was  stretchered off after falling to the turf clutching his knee.

The opening minutes of the second-half saw ex-Man City ace Alvaro Negredo come close to putting Cadiz ahead with a thumping shot on the edge of the box.

The former City striker wallopped the ball with the outside of his boot forcing an impressive one-handed save from Ter Stegen.

And Barca had a couple of decent opportunities to score themselves moments later.

Chances include Memphis Depay getting on the end of a Frenkie de Jong’s low whipped in cross.

But the forward was unable to get the ball under control. And the Dutchman saw a low shot turned away by Ledesma. 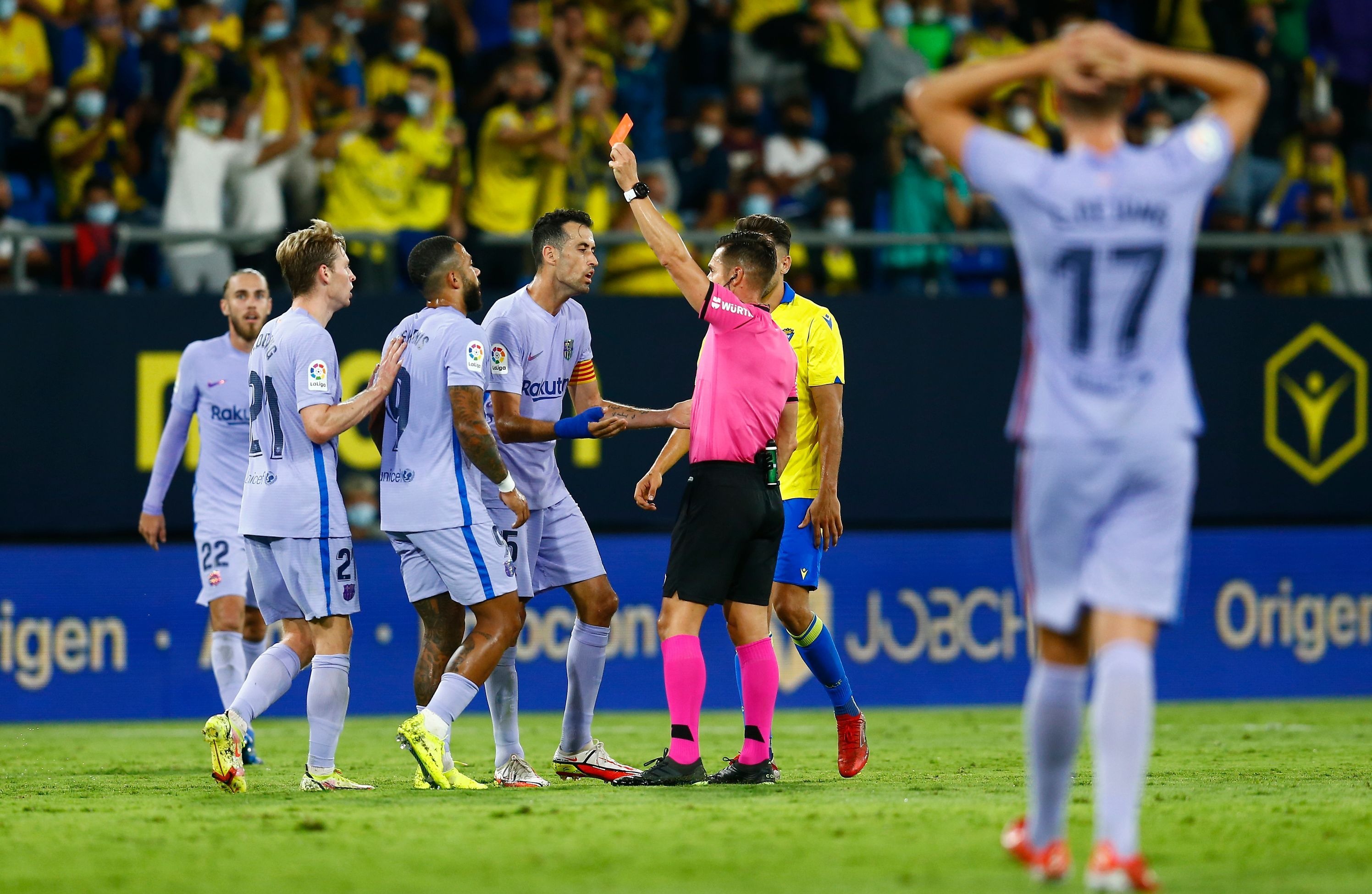 And the hosts came close to capitalising on their extra player advantage with Sobrino sending a shot wide after Ter Stegen saved an earlier Salvi Sanchez strike.

The 0-0 finish leaves in fourteenth place after six games with the team facing Rayo Vallecano next.