PARIS SAINT-GERMAIN sporting director Leonardo has played down talk of a move for Lionel Messi.

Rumours about the Barcelona star’s future only intensified following comments made by Neymar after PSG’s 3-1 win over Manchester United on Wednesday. 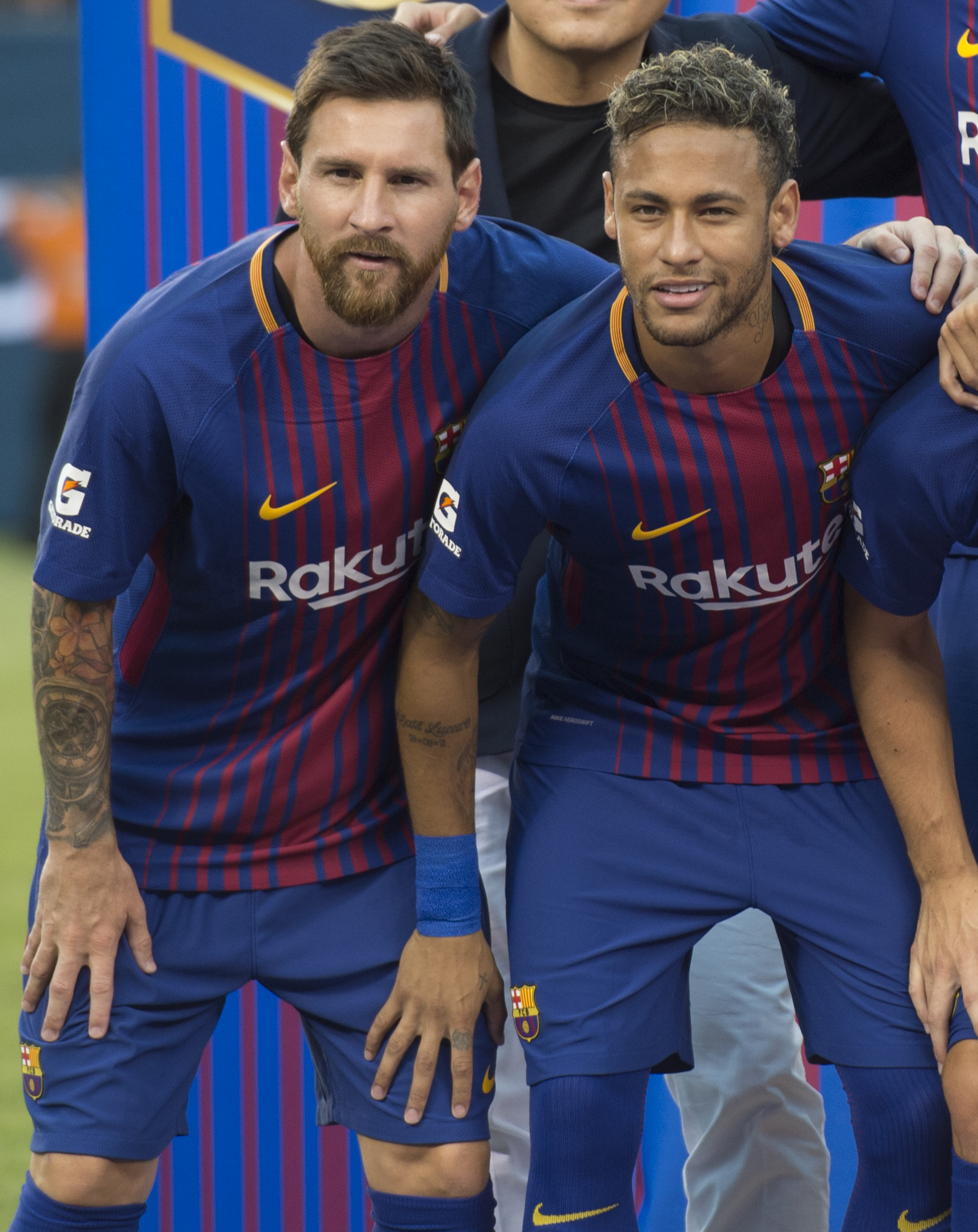 Messi and Neymar were teammates at Barcelona between 2013 and 2017Credit: AFP

Neymar told journalists he hoped to play alongside Messi again in the future, but Leonardo moved to quell the transfer talk in an interview with Canal+.

Leonardo said: “You know, it’s normal for Neymar to say that to an Argentinian journalist. He had to talk about Messi, it’s normal.

“We have to maintain respect for others, he’s a Barcelona player.

“When somebody talks about our players, we are not happy.

“So we don’t touch other people’s players. Now is not the time to think about the transfer window.

“We are very happy with the squad we have. We are thinking of our season and the end of the first part of the season, which was very complicated.

“We have to stay focused on our goals such as qualifying for the last 16 of the Champions League.

“And also we have to think about Ligue 1 and avoid finding ourselves in a complicated situation. Let’s keep our focus.”

PSG president Nasser Al-Khelaifi would not be drawn into speculation regarding a move for Messi either last week, saying: “Messi is a Barcelona player, I can’t talk about that.”

Messi’s attempted to leave Barcelona for Manchester City in the summer but was forced to stay put when the Catalan giants refused to let him leave for nothing.

The 33-year-old’s contract at Barcelona expires at the end of the season and he will be free to talk to other clubs over a free transfer from January.

Neymar and Messi enjoyed a trophy-laden spell as teammates at Barcelona between 2013 and 2017, winning two La Liga titles, three Spanish Cups and the Champions League in 2015.

The Brazilian told ESPN on Wednesday night: “What I want most of all is to play with Messi again, to be able to enjoy him once again on the pitch.

“I’m sure that next year, we have to do it again.”