﻿HOT property Noni Madueke is backing himself to follow Jadon Sancho and Bukayo Saka into the England team.

Madueke has taken Sancho’s Continental route to stardom and is in red-hot form for PSV Eindhoven going into tonight’s Champions League clash with FC Midtjylland.

Noni Madueke, 19, is backing himself to break into the England team soonCredit: Getty 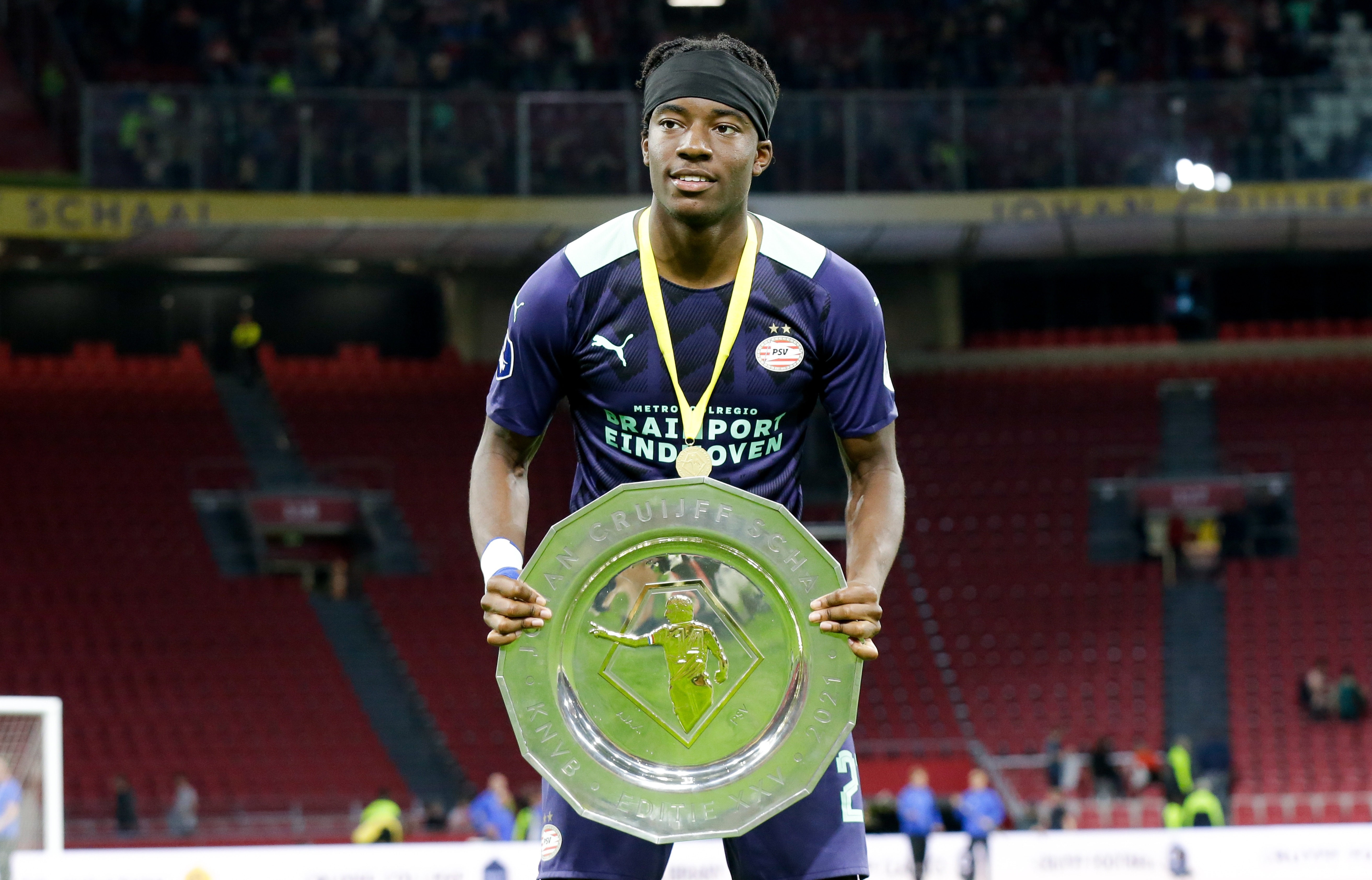 And the teenage winger believes he has what it takes to match the impressive international breakthrough of former opponent Saka.

Madueke told SunSport: “I’m very confident in myself. In my head, there’s no limits to what I can do.

“I don’t know what’s going to happen in the future. But I will always back my ability.”

That is what Madueke did when he left Tottenham as a 16-year-old and  turned down approaches from his beloved Manchester United. Instead, he joined Dutch side PSV.

While Sancho’s success at Borussia Dortmund showed how young English talent could thrive abroad, fellow 19-year-old Saka is an inspiration for a different reason.

This time last year, the Arsenal star had not played even for the England Under-21s and could still have chosen to represent Nigeria, the home country of his parents.

Madueke, who is also of Nigerian descent, said: “We played against each other all the time in the youth teams. He was always a great player, very efficient in front of goal.

“The game came easy to him. He was like a fish in water. I’m happy for what he’s doing  right now.” 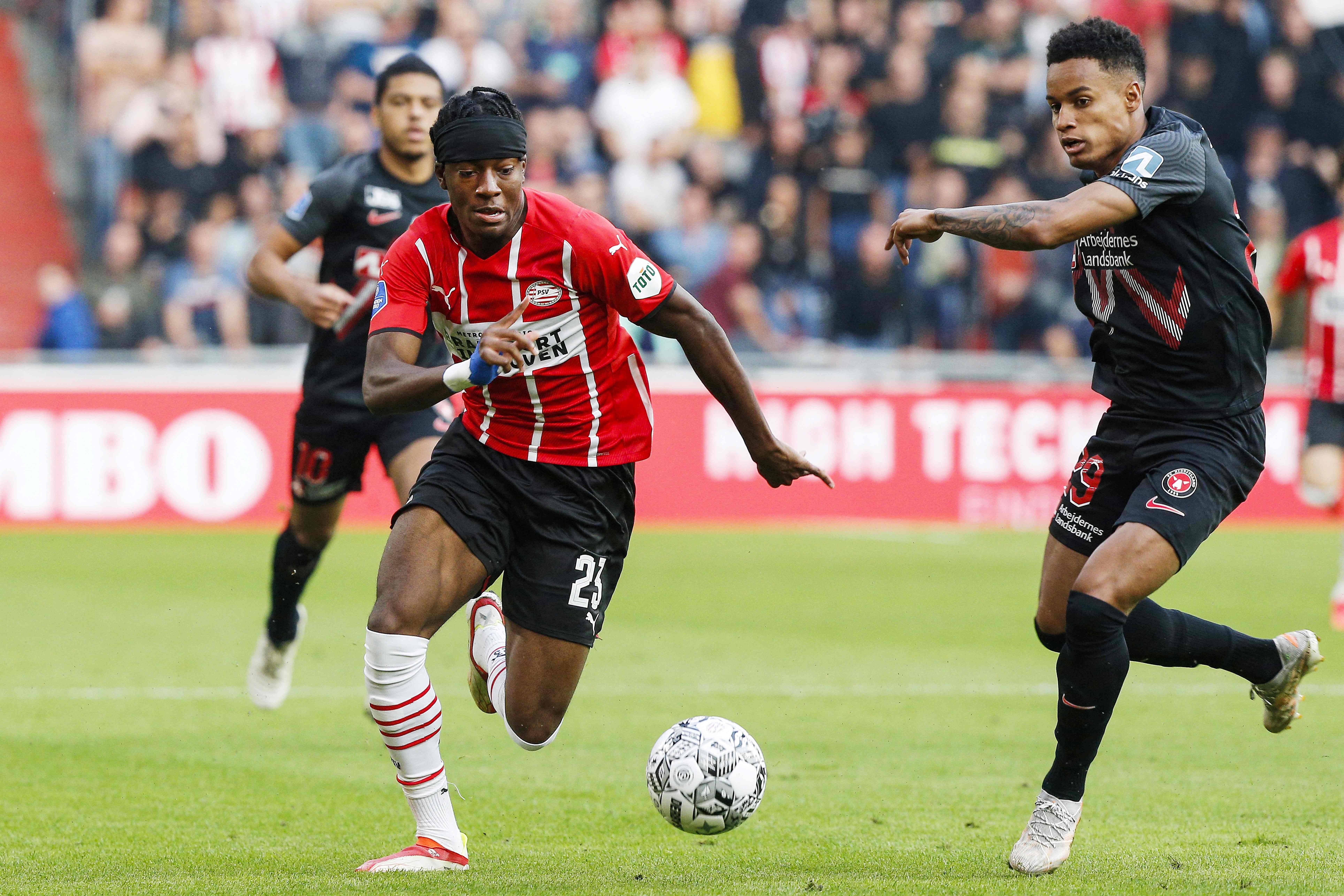 Madueke in action in the first leg of PSV’s Champions League qualifier against MidtjyllandCredit: AFP 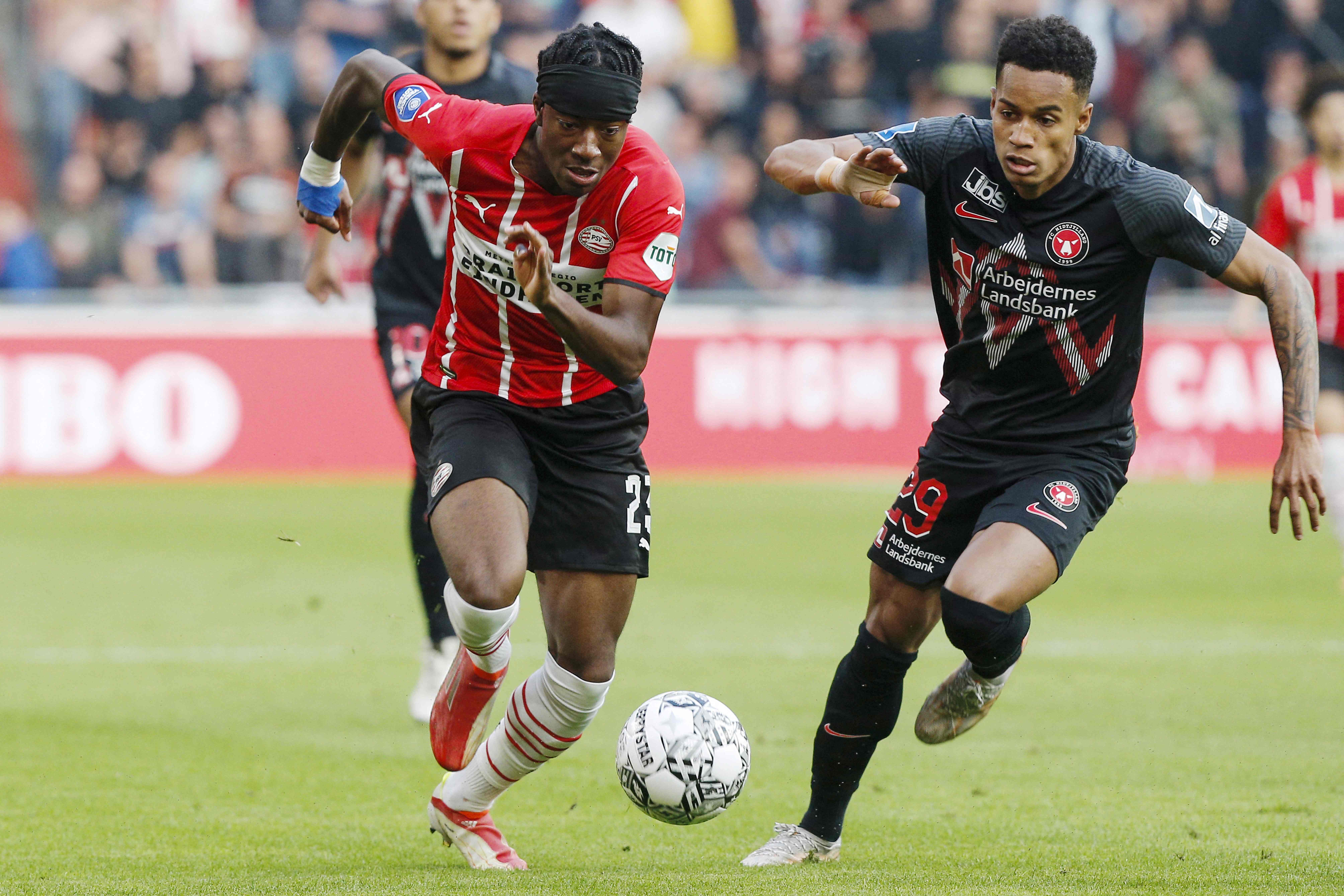 If PSV progress against Midtjylland they will be one round away from the Champions League group stageCredit: AFP

PSV are very happy with what Madueke is doing right now.

The £22million-rated teenager is wanted by Borussia Dortmund to replace Sancho, who joined Manchester United this summer for £73m.

Leicester, Arsenal and his former club Spurs are among the Premier League teams interested in bringing him back to England.

Madueke added: “Talk about other clubs being interested doesn’t really affect me. I’m still here and ready to focus on the season.

“It’s great that the manager didn’t want me to go. He has shown great trust in me early on.

“I already feel that I’m not a young kid. I have major responsibilities this year that I need to make sure I’m  prepared for, every game.

“I’m one of the players that team-mates look to, to get us out of difficult spots and make something happen.”

That is what Madueke did again at the weekend, scoring the first two goals in PSV’s 4-0 thrashing of Ajax in the Dutch equivalent of the Community Shield.

And it was his stunning strike that put PSV on the road to a 3-0 win against Midtjylland in last week’s third qualifying round first leg.

If PSV finish the job this evening, they will then have to beat either Russian side Spartak Moscow or Portuguese giants Benfica to return to the Champions League group stage after two seasons in the Europa League.

Madueke said: “It’s massive for me and for the club.

“I want to take that next step. I played in the Europa League last year. This year I want to play in the Champions League, against the best players in the world, and show everyone how good I am against them.”

Playing Champions League football would help Madueke’s bid to join Saka in the England squad – but it might also convince Nigeria to make their move.

Madueke said: “There’s been no contact at the moment from them. The time for those decisions to be made I don’t think is now.”

Madueke made his England U-21 debut in March and is content to plot an international future with the Three Lions.

New U21 boss Lee Carsley has been in touch to talk about the autumn Euro qualifiers and Madueke liked what he saw at Euro 2020.

He said: “England had a great balance and a great team spirit, it seemed from the outside. They did the whole nation proud.

“It was unfortunate how it ended but it was a solid foundation to build on and try to win the next World Cup.”

And given Saka’s rapid rise, does Madueke have Qatar 2022 in his sights?

He said: “You never know how football goes. I try to take every day as it comes. My bread and butter is my club.

“If I’m winning games with my club, if I could be at the World Cup in 15 months, it would be great.”