RAHEEM STERLING knows all too well the feeling of being booed by England supporters and ‘dreading’ going on international duty.

But after transforming his own reputation — from public enemy No 1 to England’s best player at the Euros — the Chelsea forward is determined to lift the Three Lions out of crisis and revive Gareth Southgate’s popularity at the World Cup.

Chelsea stars Reece James and Raheem Sterling aim to send England off to the World Cup with a much-improved display against GermanyCredit: Getty 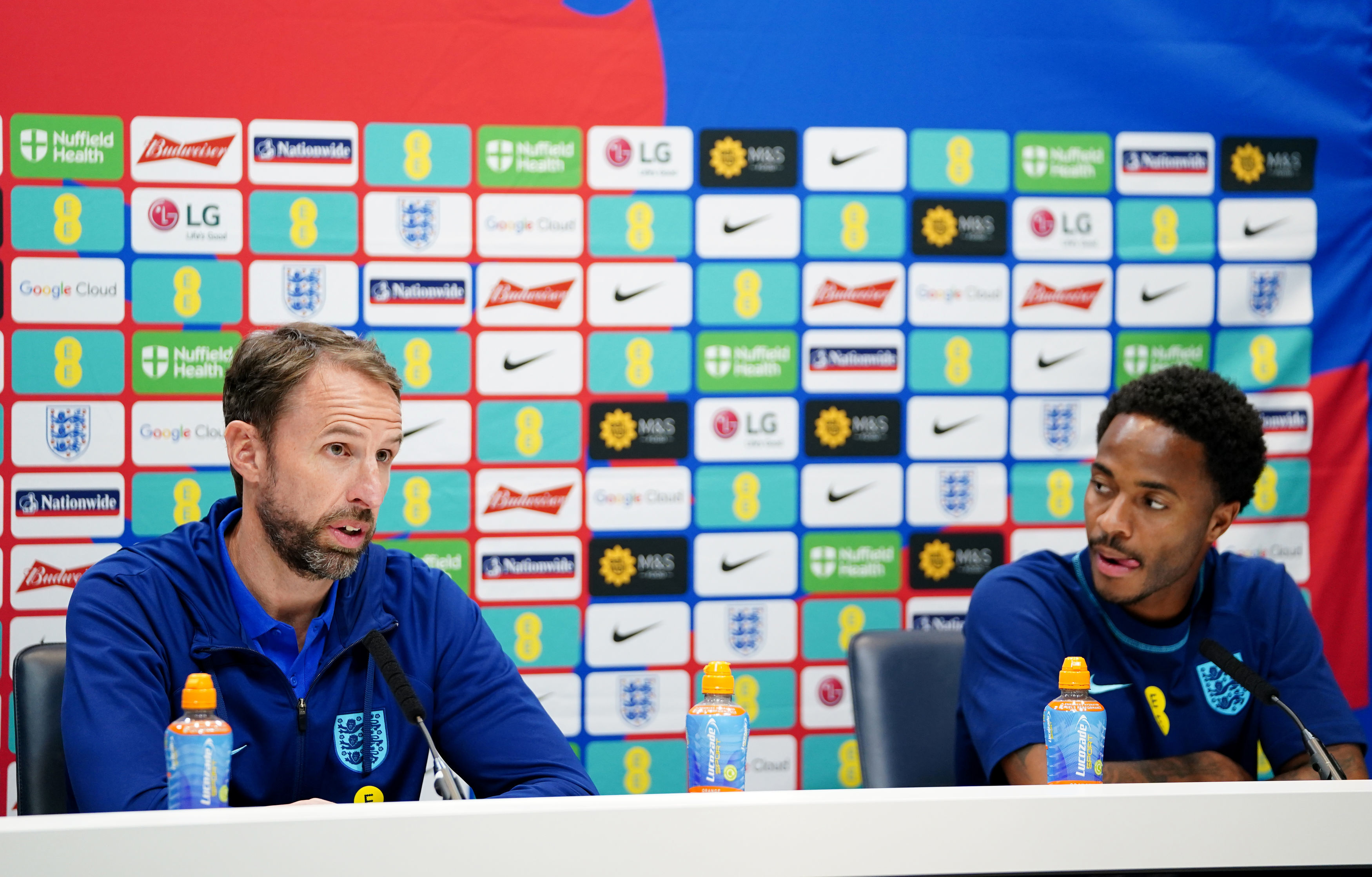 The last time the Three Lions faced Germany at Wembley,  Sterling scored the opener in a historic 2-0 win which ignited last summer’s tournament.

At Wembley tonight, in England’s final match before Qatar, he is hoping for a similar uplift in national morale, after a five-match winless run which has seen fans turn on boss Southgate.

Sterling was jeered by England supporters and widely criticised during a 27-match run in which he failed to score between 2015 and 2018.

But then he enjoyed an outstanding period, starting with two goals in a 3-2 Nations League victory over Spain in Seville. 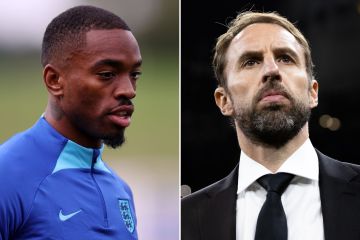 And Sterling said: “There was a period where I  actually dreaded coming on England duty.

“But after I scored in Spain, my mentality was, ‘OK, no matter good or bad, I need to focus on myself and not listen to what the outside world is saying’.

“That’s  put me in good stead.  Keep level-headed and don’t  listen to the noise.

“That’s a message that can  definitely go with the squad in the next couple of months. We know there will be noise and we need to block it out if we are  to do well in this tournament.” 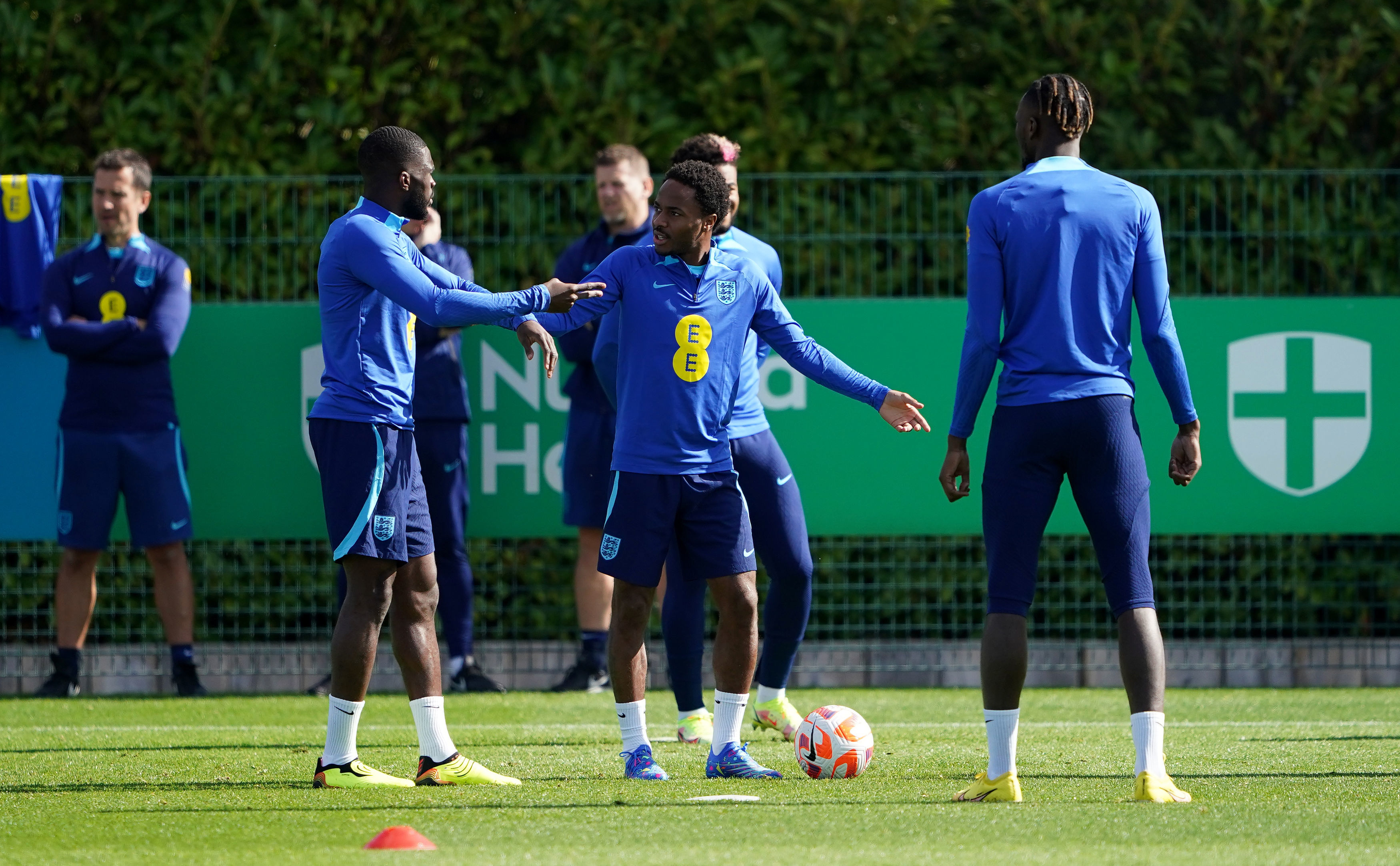 Sterling was reminded that his goal against the Germans was only 15 months ago, yet the mood surrounding Southgate’s team has since plummeted.

He said: “Football is brutal at times. That’s why we love it. We’re not here to complain.

“Yes, it was a great tournament last summer but once you  produce like that, people want more — they expect more.

“So, after recent results,  they’re going to be asking questions.

“For me, of course they are  right to ask these questions but it’s for us as a team to make people realise that we are the real deal.”

Sterling, a veteran of four previous tournaments, says players must shoulder the blame for England’s dismal Nations League campaign.
It  has seen them relegated after failing to score from open play in five matches.

He said: “After the summer matches, we had a look at ourselves and none of us were proud — myself personally, too.

“It is not for Gareth to shoulder the blame. We have players that can take responsibility. We are not there to partake, we want to win things.

“From the moment Gareth came in, the mentality shifted massively. It is enjoyable. It doesn’t feel like you’re stuck in the middle of nowhere. The boys are really close.

“It’s been  tough  but none of  the boys are thinking we don’t have a good chance in the winter.

We need a good performance against Germany and one of our big players stepping  up — that’s more than likely what will happen.

“The results don’t show that now — but I have belief that we will have a good one.

“There has been a lot of focus on Gareth and what he’s been doing — formations and what-not — but the performances haven’t been right. As a collective we need to put that right.”

Sterling let it slip Southgate will again employ his unpopular — but often successful — back five tonight.

And the four-time former Manchester City title winner suggested it might not be his favourite formation.

Asked why England can’t refine a 4-3-3  system,  Sterling answered sharply: “Because the manager wants to play a back five.”

And he admitted that with this system, which demands  he plays in a narrower role inside wing-backs, “the difficulty is  you have always got your back to goal”.

After firing another blank in Friday’s 1-0 loss in Italy, Sterling revealed England had been working on the training ground to counteract the attacking limitations of Southgate’s favoured system.

He said: “Today we had to go over things to try to find where we can find that extra man  with this five at the back — do we put a midfielder higher up  in the build-up?

“The manager is working  on things to get us that space in the attacking third but it’s not a time to panic. 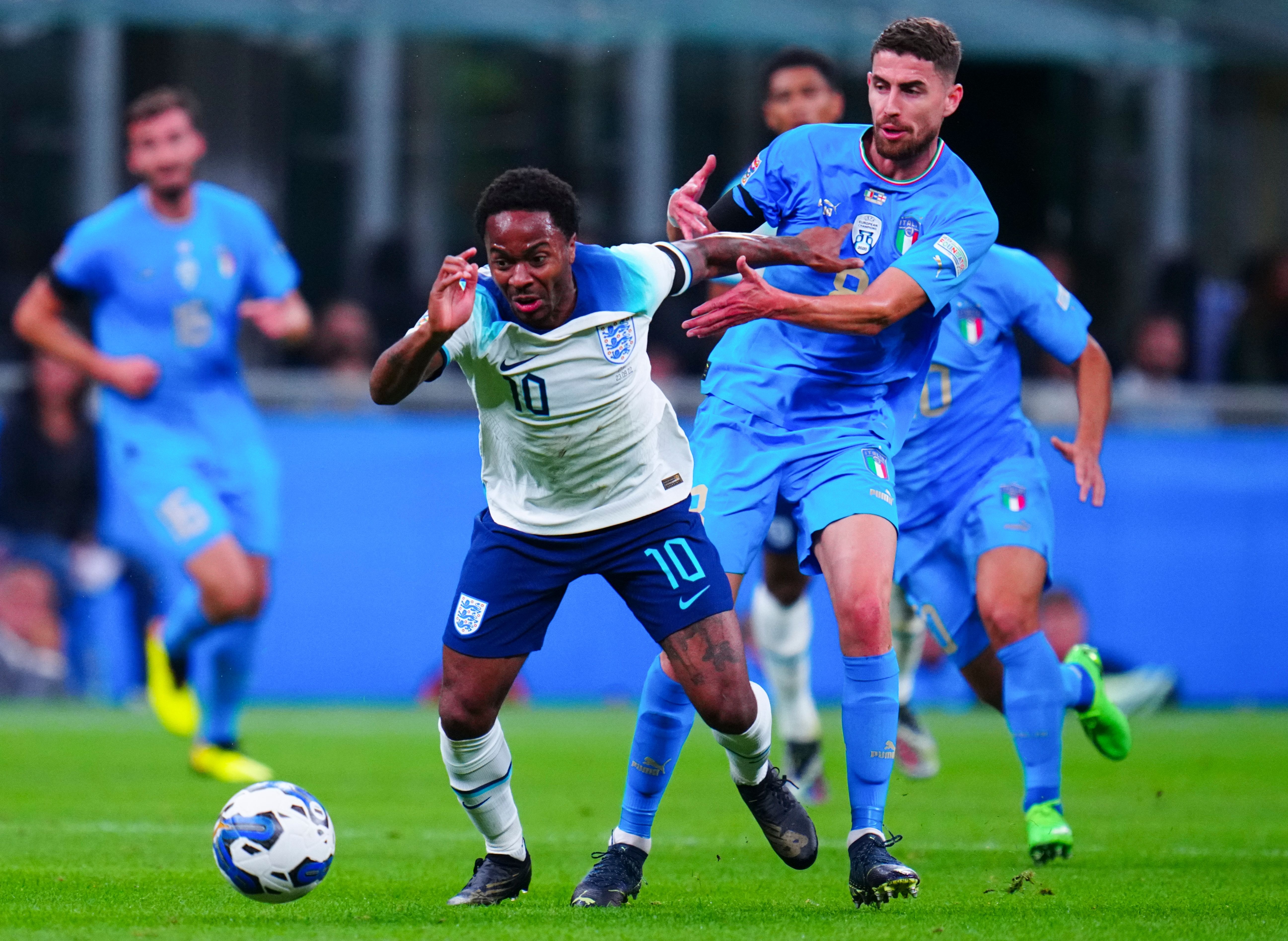 Raheem Sterling and Co struggled as England lost 1-0 in Italy on FridayCredit: Rex

“We need a good performance against Germany and one of our big players stepping  up—  that’s more than likely what will happen.”

Sterling says England’s players have been brutally honest with each other, challenging their team-mates to lift them out of their current slump.

He said: “During half-time, after the game, on the coach — there are things we speak about.

“The manager can play whatever he wants to play but when we go on to the pitch, we have to have that winning mentality.

“That’s the message over the last couple of days when the boys have been speaking. It’s ‘Get more out of each other, push each other, take criticism’.

“If someone is not doing  something right, we have to push each other.

“It’s not about fighting or anything silly.

“But, on the field, if there is something not right, we have a lot of vocal players.”