The Real Madrid star, 23, posted a picture of himself and his new girlfriend posing on a yacht, captioned with a love-heart emoji.

Eder Militao has confirmed his relationship with Karoline Lima 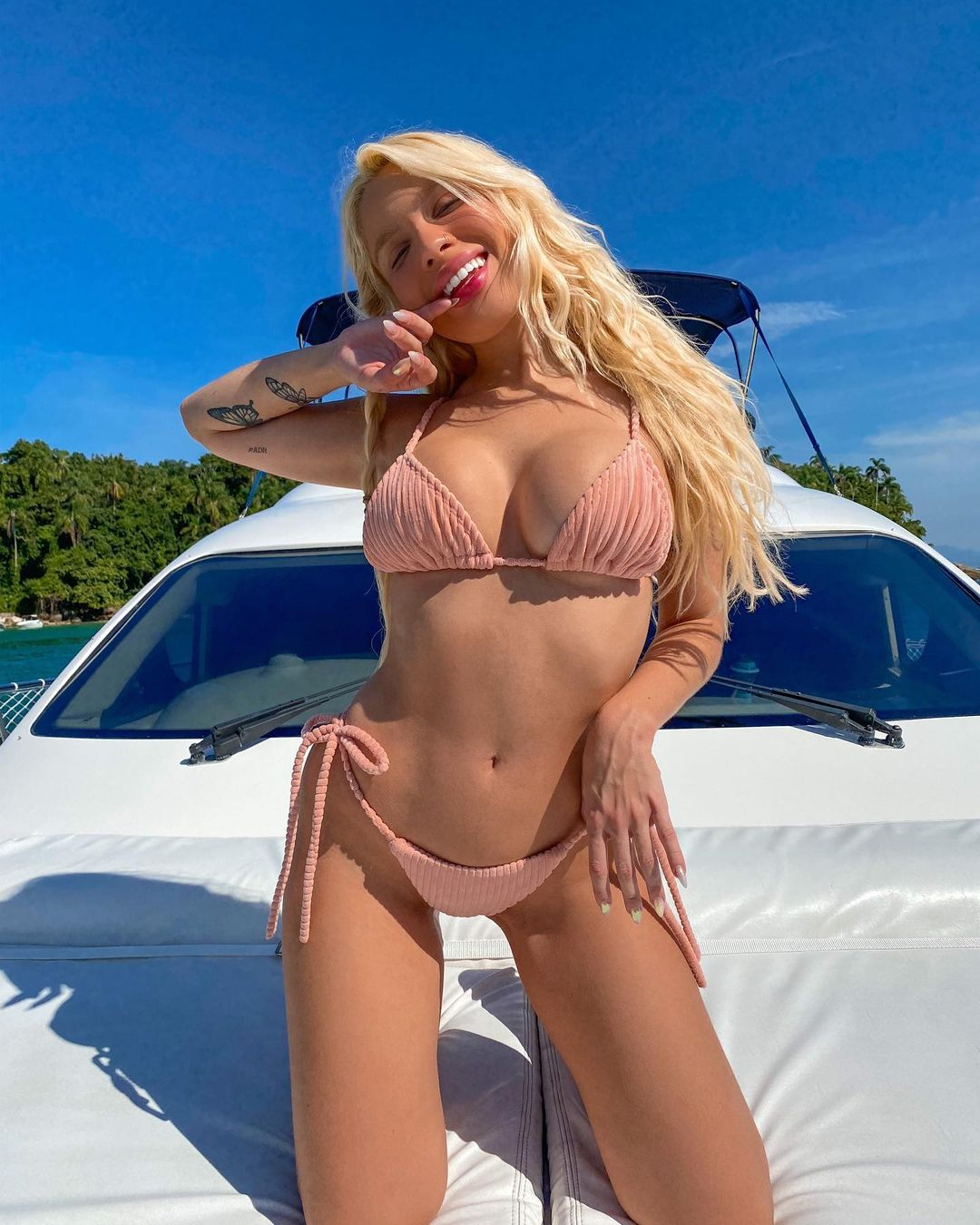 It followed a romantic gesture that media outlets in Brazil say announced their relationship as, for Brazilian Valentine’s Day on June 12, he presented her with a bouquet of flowers.

With the LaLiga season and Copa America finished, Militao and Karoline have posted a number of pictures of their holiday.

They include rides on a jet ski, loved-up snaps on a boat, and her attendance at Brazil’s Maracana final against Argentina.

According to Esporte, Karoline has previously been romantically linked with Paris Saint-Germain forward Neymar.

And the influencer, who also works as a model, has garnered a big following online with 1.3million fans on Instagram.

With pre-season getting underway across the continent, footballers will soon have to head home after a well-deserved rest.

Among the stars seen lapping up the sun in recent weeks are Cristiano Ronaldo in Mallorca and Lionel Messi in Miami. 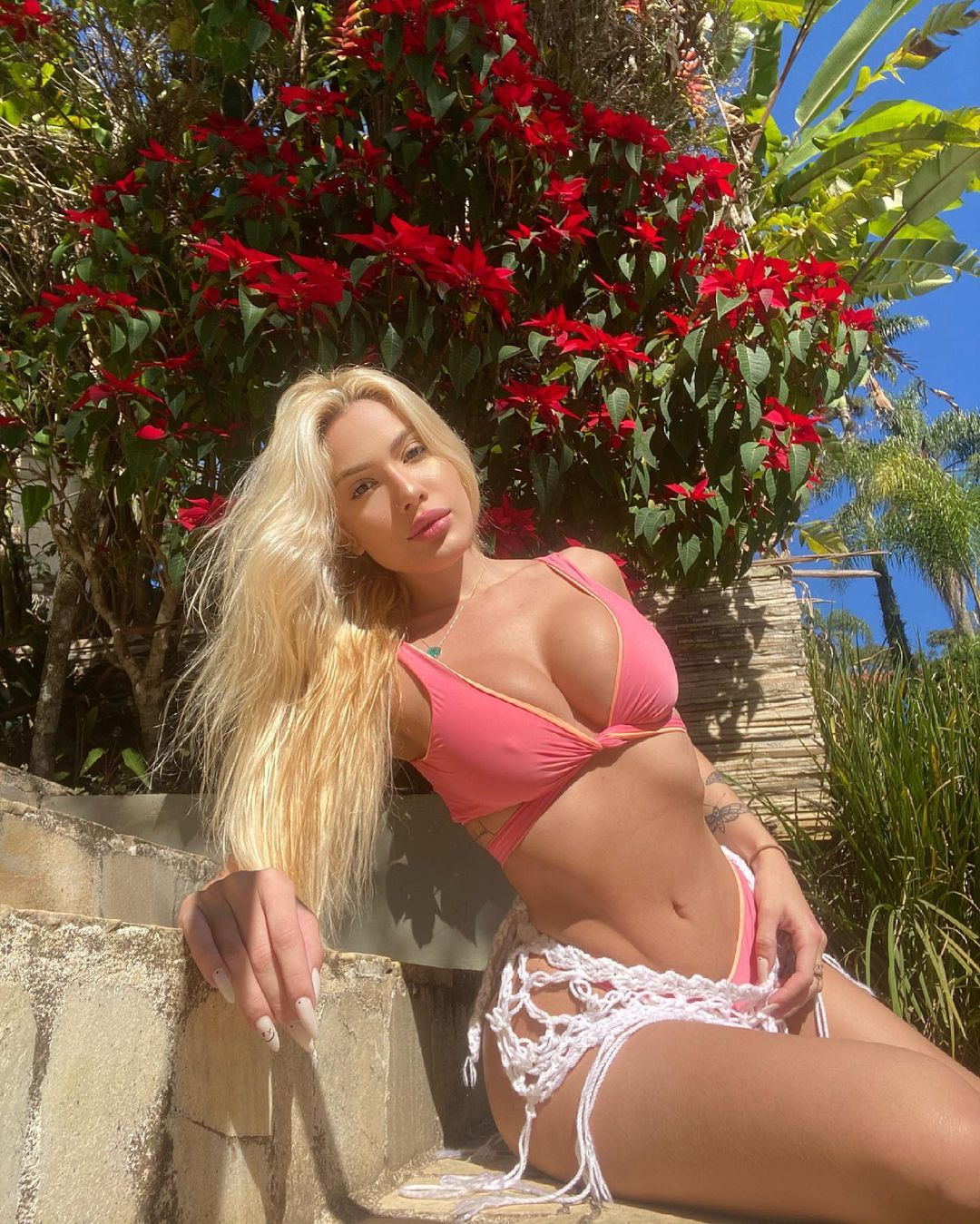 Karoline was once romantically linked with Neymar 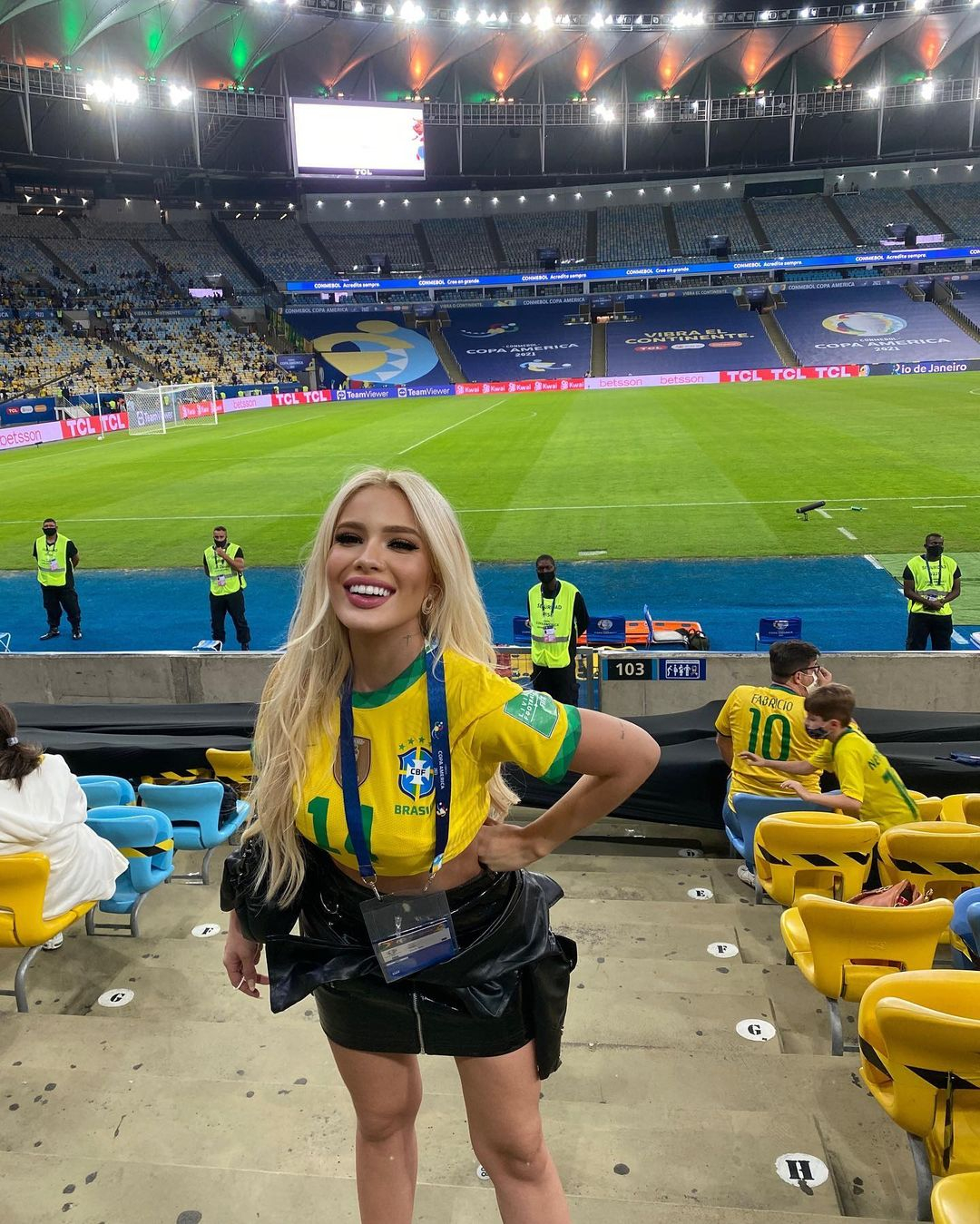 The Brazilian watched her country’s Copa America campaign this summer 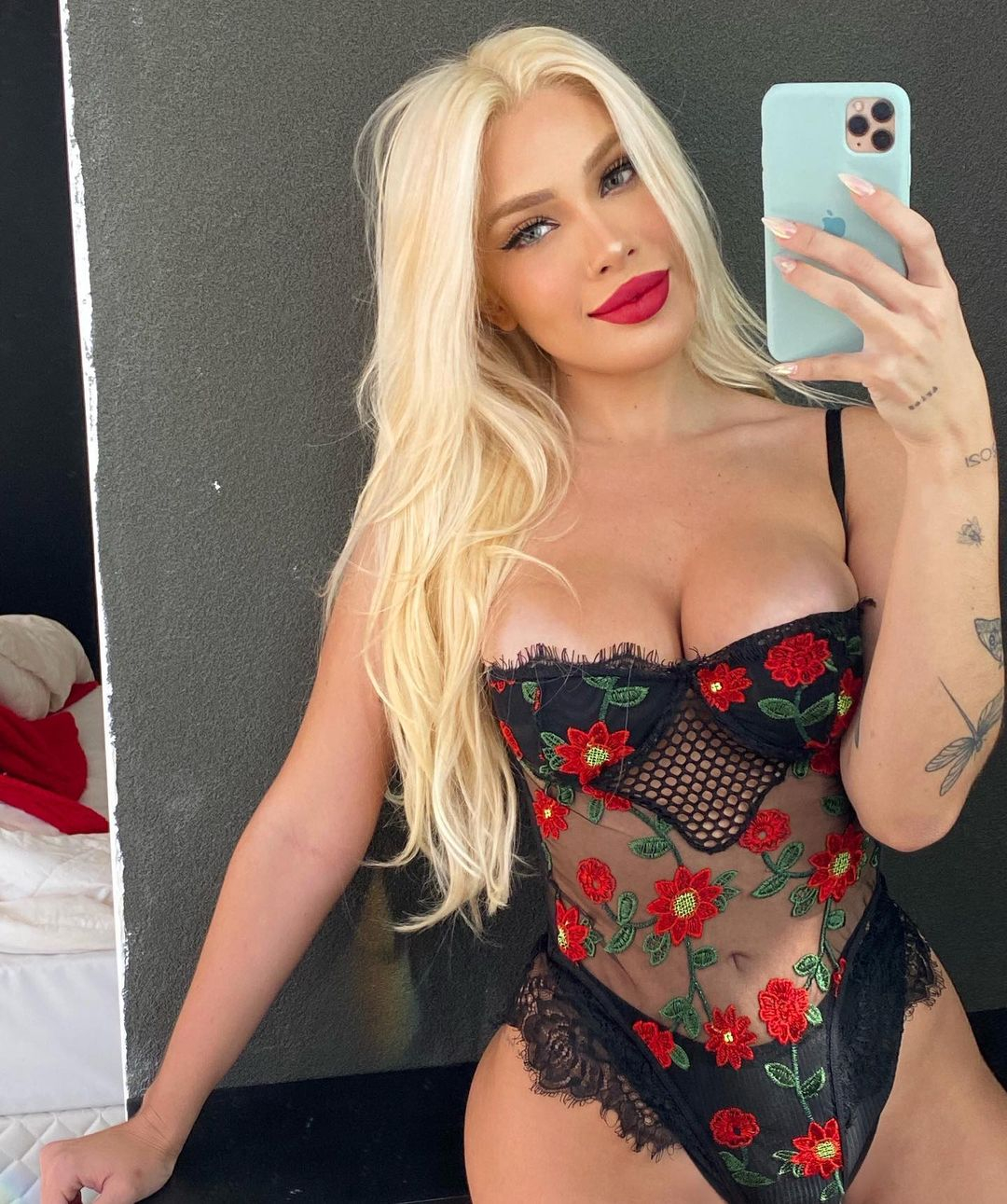 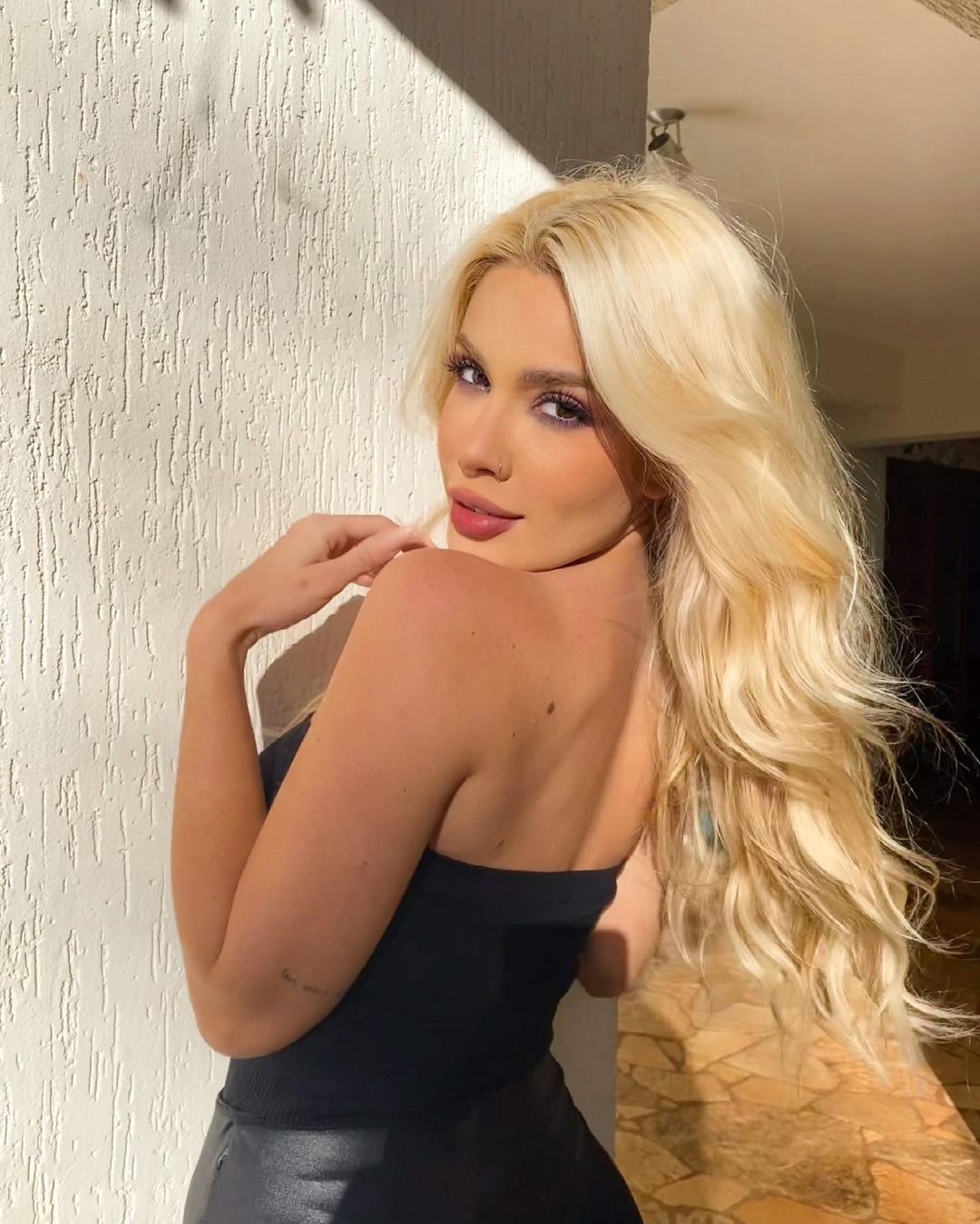 The influencer has recently been on holiday with her new beau

Italy’s Euro 2020 heroes have been revelling in their success with Jorginho joined by girlfriend Catherine Harding in Mykonos and Gianluigi Donnarumma enjoying the Sardinian sun with partner Alessia Elefante.

Meanwhile, England heroes Mason Mount, Kyle Walker and Kalvin Phillips are among those also on the Greek island of Mykonos.

But Spain’s Jordi Alba can claim the award for most romantic getaway after proposing to long-term girlfriend Romarey Ventura. 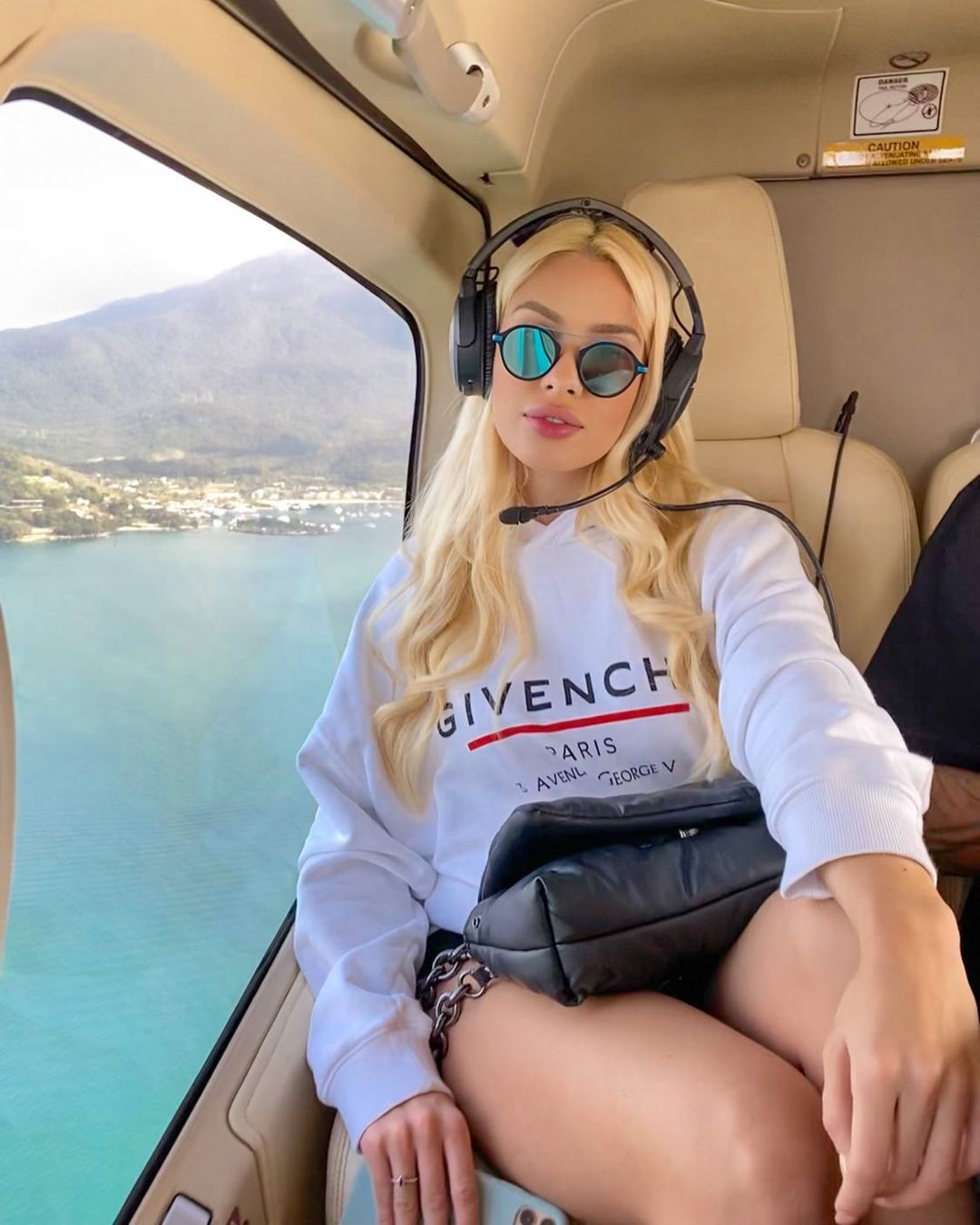 Karoline shares many aspects of her life through social media