The £97.5 million was back in the Prem starting line-up after his infamous outburst about his new club at the end of last month.

So this was the perfect chance to let his football do the talking and get Thomas Tuchel’s men back into the title race.

During his days in Manchester with United, the feeling was he didn’t turn up for the really big games.

He had opportunities to write his name all over this one – but failed to take them.

Instead it was his close friend and international team-mate Kevin de Bruyne who showed him how it should be done – taking centre stage against his old club.

Eight goals in 20 appearances so far is not a disastrous record by any means – but for the money paid Chelsea might have expected a bit more from him.

When City were looking for a new striker in the last couple of windows, they were regularly  linked with Lukaku. Harry Kane was the one they really wanted though.

You can’t argue with his goal-scoring record over the years – but it’s hard to imagine him fitting in a Pep Guardiola system.

Having said that his eyes must have lit up at a couple of crosses that were fizzed across the box with by City with nobody on the end of them.

The 28-year-old had chances of his own though. Early on a slip by John Stones gave Lukaku a sight of goal – even though he still had plenty to do.

Instead he overhit a pass to Hakim Ziyech – who was offside anyway – and a promising chance had gone for the visitors.

For the remainder of the first half, he saw little of the ball. There must have been a case for Tuchel to take him off at half-time and throw on an extra midfielder.

He didn’t do that and soon after the re-start Lukaku had his second big chance of the game as he was slipped through by Mateo Kovacic.

The Belgian forward took his shot early and tried to curl it but Ederson had made his way off his line and in the end had a fairly straight-forward save.

City don’t give up many opportunities – when they come you have to take them.

Those misses always felt like they could come back to haunt Chelsea – and thanks to De Bruyne, they did. 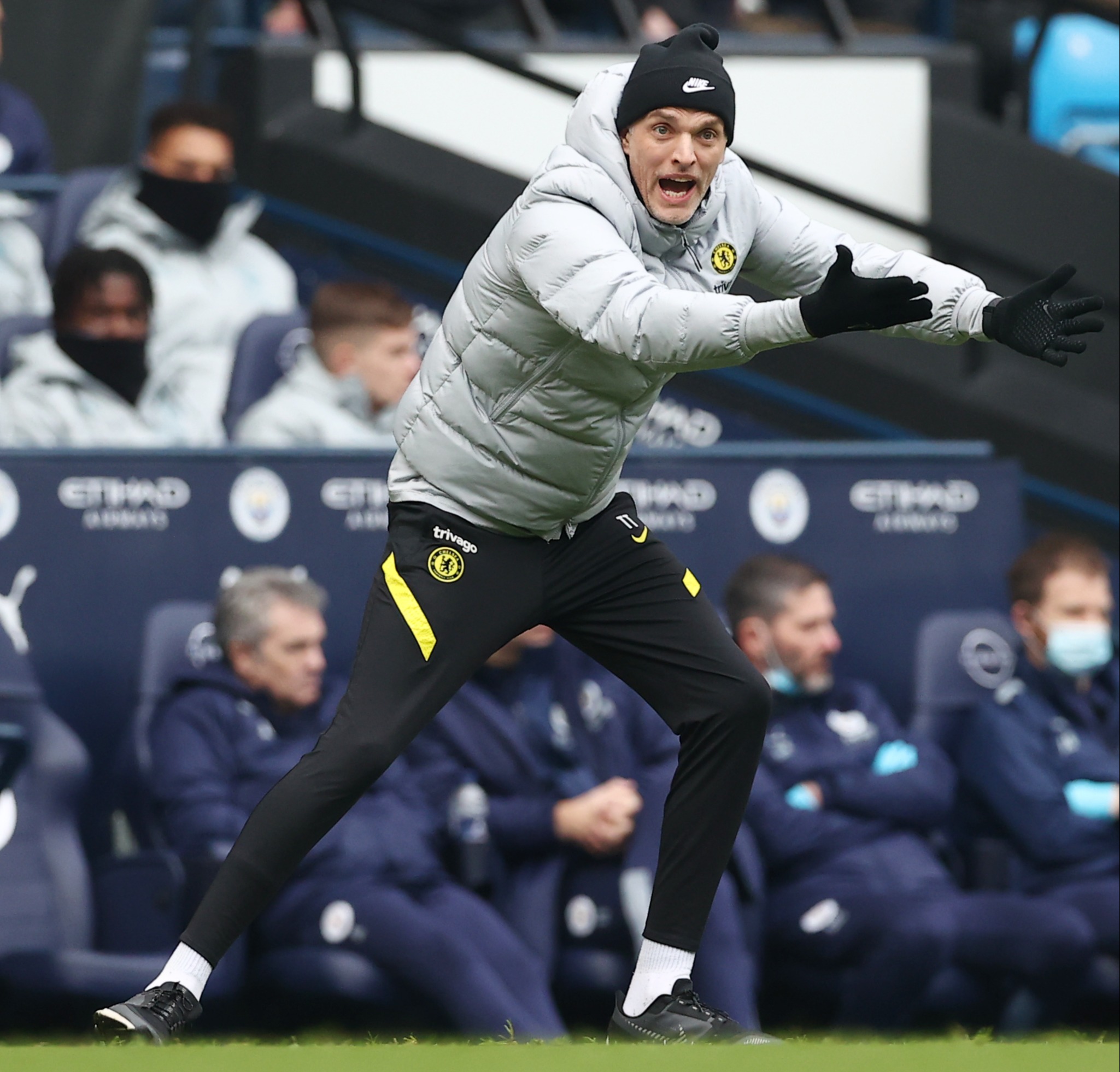 Blues boss Thomas Tuchel will not be pleased with Chelsea’s attacking at the EtihadCredit: Richard Pelham / The Sun