PEDRO OBIANG’S Sassuolo stint has hit a stumbling block with the midfielder unable to train due to a breathing disorder.

The former West Ham player, 29, is reportedly contending with bronchopulmonary problems, according to Football Italia.

Pedro Obiang is reportedly out of action for Sassuolo due to lung problemsCredit: EPA

It is thought the Equatorial Guinea international had his symptoms diagnosed following tests at a hospital in Italy’s Modena province.

Reports in Italy claim lung problems affecting the former Irons ace have been identified as a viral condition by doctors.

And the midfielder is thought to be prohibited from playing for or training for the club who will play Verona in their first game of the Serie A season on August 21.

And this comes days on from his club team-mate Gregoire Defrel testing positive for COVID-19.

Obiang made 116 Hammers appearances, netting three goals across all competitions, before sealing a £6.1million switch to Sassuolo in July 2019.

And the former Prem player spent four seasons with the Irons following a 2015 move from Sampdoria before a return to Serie A.

The player came on as a substitute in 12 of the 24 Prem games he played for the Irons across all competitions in his final season with the side.

Obiang’s contract with the Black and Greens currently runs until June 2023.

And the midfielder made 33 appearances in Italy’s top-flight last term for the side who finished eighth in Serie A.

The Spain-born player also netted three goals in 11 appearances for Equatorial Guinea since making his international debut for the side in March 2019. 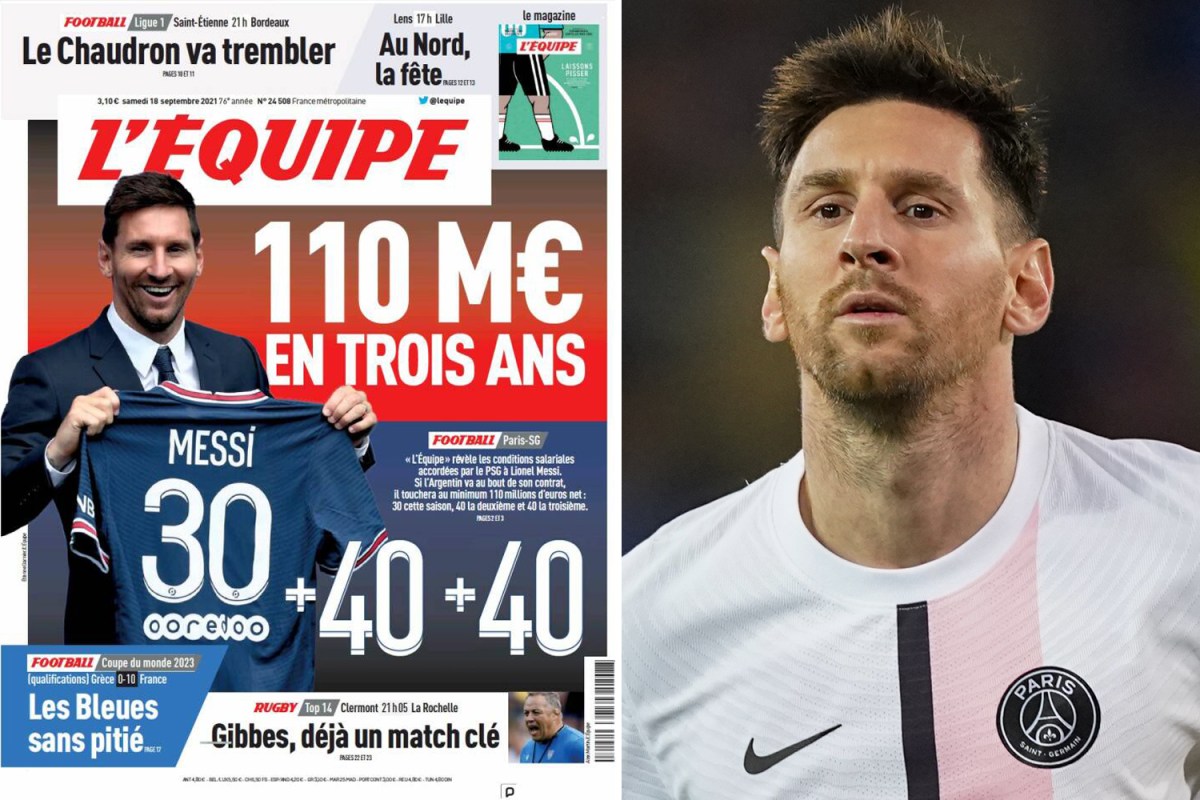 PARIS SAINT-GERMAIN superstar Lionel Messi will earn a staggering £94million in wages throughout his three-year contract. That is according to...