SAUDI ARABIA defender Ali Al-Bulayhi has revealed what he screamed at Lionel Messi after his side’s second goal against Argentina.

The huge underdogs produced one of the biggest ever World Cup upsets by stunning the Copa America champions in a 2-1 victory on Tuesday.

Ali Al-Bulayhi squared up to Lionel Messi after the Saudis scored their second goalCredit: Rex 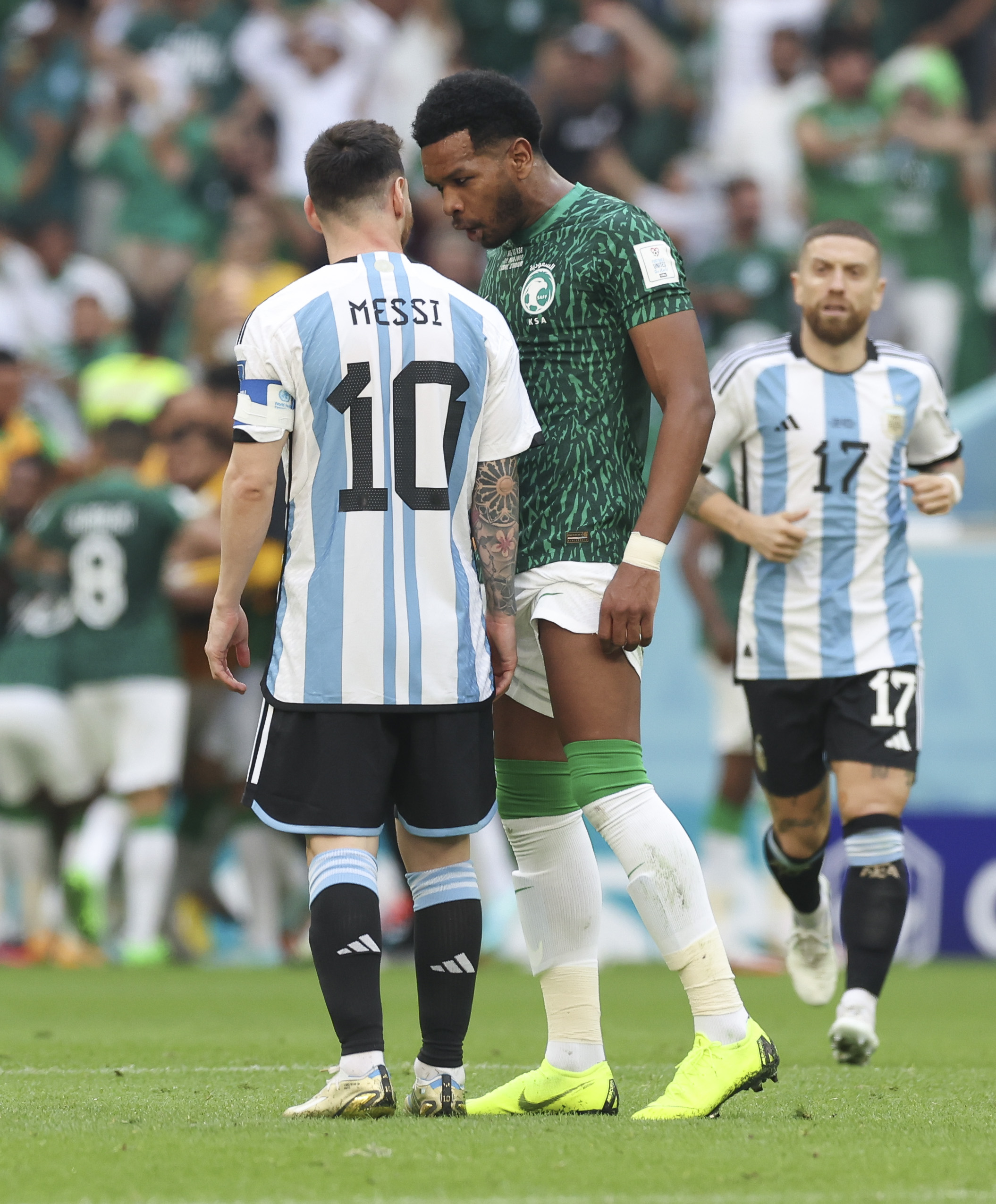 And he has now revealed what he told the Argentine in a rather aggressive wayCredit: Getty

Argentina took the lead through a Messi penalty, before two Saudi goals in five minutes at the start of the second half turned the game on its head.

And immediately after Argentina fell behind, Al-Bulayhi decided to turn and shout at Messi rather than celebrate with the rest of his team-mates.

He slapped the Paris Saint-Germain forward forcefully in the back to get Messi’s attention.

And now, as he confirmed after the game, he aggressively squared up to the Barcelona legend before screaming: “You will not win, you will not win!”

Papu Gomez and Lautaro Martinez came over and proceeded to push Al-Bulayhi away from Messi, but not before the Saudi centre-back grabbed his own shirt as a way of showing his national pride.

And Argentina could not stop his 53rd minute prediction from becoming reality as Saudi Arabia successfully held on to clinch a truly remarkable win in their World Cup opener.

In the other game in the group, Mexico drew with Poland.

It leaves one of the pre-tournament favourites, Argentina, bottom of Group C heading into the second round of fixtures.

Argentina will now face Mexico on Saturday in what effectively becomes a must-win game.

Speaking after the match, Messi said: “We knew that [Saudi] Arabia is a team with good players, that moves the ball well and that advances the line a lot. We work on it, but we speed up a bit.

“There are no excuses. We are going to be more united than ever. This group is strong and they have shown it.

“It is a situation that we did not have to go through in a long time. Now we have to show that this is a real group.

“It’s a very hard blow for everyone, we didn’t expect to start like this. Everything happens for a reason.

“We have to prepare for what’s coming, we have to win or win and it depends on us.

“We have to go back to the base of who we are. We have to think about what’s to come.”