CHELSEA’S newest signing Saul Niguez has flown to London kitted out with a Louis Vuitton bag after sealing his move to Stamford Bridge.

The Blues paid Atletico Madrid £4.5million just three minutes before the end of deadline day as the midfielder joined the European champions on loan until the end of the season.

Saul gave a thumbs up to the camera ahead of his flight to LondonCredit: Instagram @saulniguez 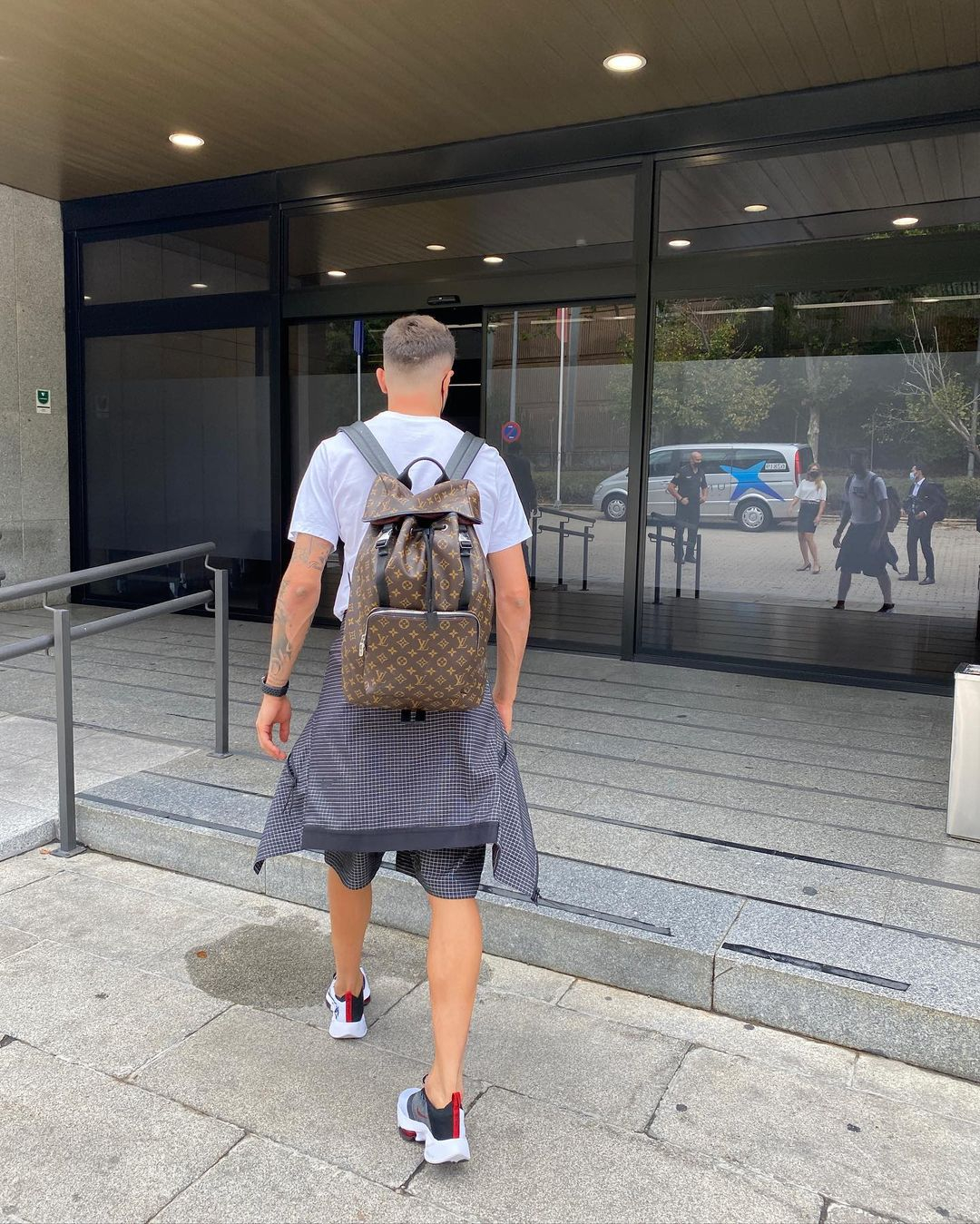 The Spanish midfielder sealed his move in the final hours of the window on TuesdayCredit: Instagram @saulniguez

The deal includes an option to buy, with Chelsea being offered the chance to keep him on a permanent basis for £40m next summer.

And Saul jetted off to Stamford Bridge on Wednesday to meet up with his new team-mates.

The 26-year-old posted the snaps of him and his bag on Instagram alongside the caption: “See you there!! @chelseafc.”

After leaving Atletico, Saul did an interview early on Wednesday in which he opened up about the ins and outs of the transfer.

He told eSports commentator Ibai Llanos: “Leaving Atlético is the most difficult decision I have ever taken in my life.

“I have everything here in Madrid and in Spain, it is very hard for me to leave the club.

“But now I believe all parties are happy with this deal because Atlético brings in one of the best players of its history [Antoine Griezmann] and I’m going to play for Chelsea. And let’s be honest, Chelsea has a great f***ing team.

“Everything was done at the very last moment. It was 11:57pm when we checked the contract and gave the OK, and then it was sent to them [Chelsea] for checking.

“I was very nervous, just like what happened with [David] De Gea some years ago with the fax thing. It was a very long night.

“There was talk of many clubs, but the offer took long to arrive.

“Two days ago I told my wife I was going to stay at Atleti. I was happy at the club, although I was never playing in my natural position.

“That blocked me in a way, mentally, because I wasn’t ready to adapt to a new position.

“Going to Chelsea is leaving my comfort zone, I’m going to the champions of Europe, a team that has world class midfielders.

“I know it will be difficult to play, but I’ll give my best and, above all, I think I will be happy in London.

“I’m travelling today to London and try to learn English as soon as possible, because I’m not very good at it.”

Saul netted 53 goals in 447 appearances for Atletico across almost a decade with the club.

He won the LaLiga title with Diego Simeone’s side last season and also reached the Champions League final in 2016.