SEAN DYCHE has thrown his hat into the ring for the Bournemouth job – but says Burnley were RIGHT to sack him last season.

The 51-year-old was shockingly axed by the American owners of the Clarets in April after a decade in charge.

Dyche twice took Burnley into the top flight and qualified for the Europa League in 2018 – the club’s first time in European football since 1967.

But his exit came after Burnley recorded just four Premier League wins to leave them 18th and four points adrift of safety.

He was replaced by Mike Jackson, but the caretaker was unable to keep them in the top-flight as the club slipped down into the Championship.

Dyche believes that he would have kept the Turf Moor side up, although he also insisted that it was the correct decision by the club’s chiefs to fire him. 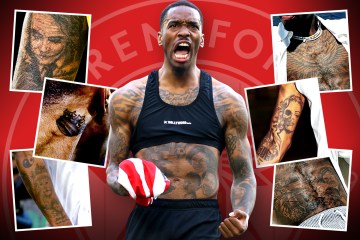 He told SPORTbible: “People go ‘oh you’re hard done by’, we didn’t win enough games, fact. That’s your job as a manager, win enough games. So I will never hide behind that.

“There’s other reasons, millions of different reasons about why but the facts are the facts. We had a team that could have won more games and we didn’t win enough games.”

Dyche continued: “The argument would be, and I said this on parting, that the eight games that were remaining were arguably the best run of games on paper because the Premier League is very difficult.

“But on paper the best run of games of the season, that’s the only thing I couldn’t get.

“I was like ‘well that’s the best run and you’re taking us out two days before the best run’ but the owners are under pressure to make decisions, not an easy decision, a big, brave decision for someone who has been there as long as I have.

“Like I said, with all that being considered, you still got to win enough games and we didn’t do that.”

Newly-promoted Bournemouth are still searching for their next full-time manager after they sacked Scott Parker just four games into this season.

And Dyche admitted that he would be keen on the job, saying: “There’s nothing that I wouldn’t look at.

“Because in my career, I didn’t play in the Premier League but played loads of cup games against Premier League clubs and I played in all the other divisions.

“I managed in the Championship, the Premier League as well. I’d never disrespect any club. I’ve been around the game since I was 16.

“My belief in management, and I’ve always made this clear to the owners at Burnley and Watford, just tell me what I’ve got to manage.

“What is hard for a manager is when you get told you’ve got to manage this and then a month later, this comes along.

“Then the goalposts keep changing and different figures appear and you’re like ‘where was the structure we all agreed on’.

“Usually the best scenario in my experience is tell me what you want me to manage and I’ll manage it to the best of my ability.

“Money is a big one. So just tell me that we haven’t got any money and then I’ll manage the best I can with no money. Or tell me we have got some money. The greyness is really hard for managers.”