WHEN Russian tanks rolled across Ukraine’s border on Thursday it brought back painful memories for Hull boss Shota Arveladze.

For his home nation Georgia was also attacked by Vladimir Putin’s troops in 2008 and they still occupy parts of the country today. 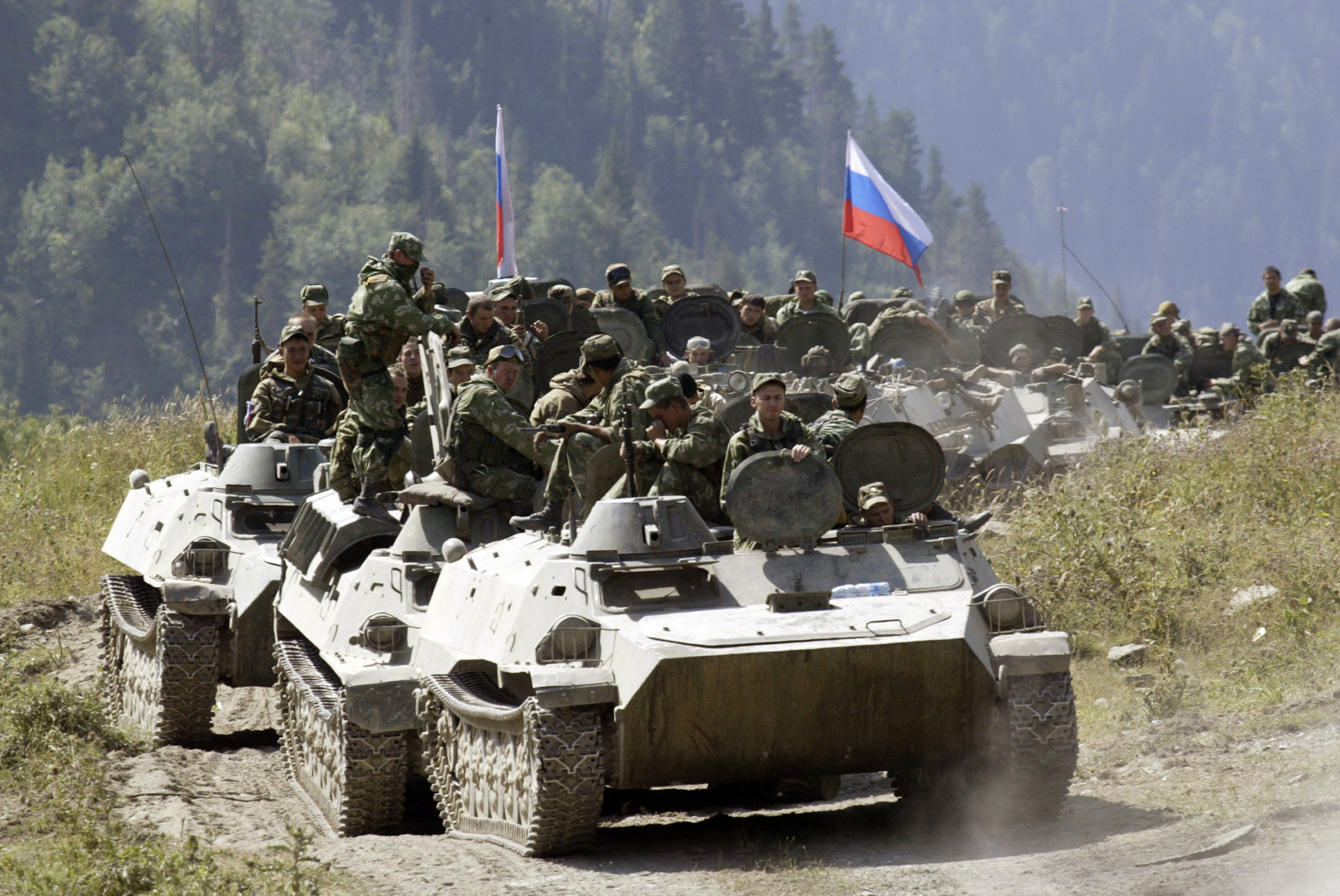 When Putin sent in his military this week, citing falsely they were there to help the two self-proclaimed republics of Luhansk and Donetsk and de-Nazify Ukraine, it had striking similarities to the incursion into Georgia.

Back then, the Russian despot claimed to also be helping two other self-proclaimed but widely not recognised republics, South Ossetia and Abkhazia.

Arveladze is a football legend in his homeland and was voted their greatest player — winning 61 caps and scoring 26 goals as well as starting six matches for Georgia proudly alongside his twin Archil and older brother Revas.

And he told SunSport: “Even today, it’s so tense in Georgia and I must give my best wishes to all my Ukrainian friends. It’s a country we love.

“Now it’s down to Russia to stop fighting, dropping bombs and waging a war that brings a lot of death and destroys families with parents crying from losing their children.

“There have been a lot of conflicts in Georgia since it became an independent nation again in 1991 and now it’s happening in Ukraine.

“Unfortunately our nations and others around the Soviet bloc still struggle and sadly no-one can do much about it.

“It’s been so painful and hard to see all of this. We should not have a war in any part of the world.”

It is feared Putin’s long-term aim is to restore a Soviet Union-style empire but Arveladze is passionately against returning to those days under communist Moscow rule.

Arveladze grew up in the Georgian capital of Tbilisi when the country was part of the former Soviet Union with his parents Justin and Tamara, who were both doctors, and brothers.

He said: “Why do we have to go back to something that wasn’t as good as we have today? This is a sensitive subject for me because I’m proud of my nation, which has such a long history.

“When the Soviet Union collapsed in the early 1990s, our independence gave us our own identity.

“We read so many books about the first and second centuries in Georgia and Christianity being adopted in the early fourth century. We’ve got churches from the third, fourth and fifth centuries.

“Also Georgian is one of the world’s oldest languages. It has its own alphabet and is completely unique. 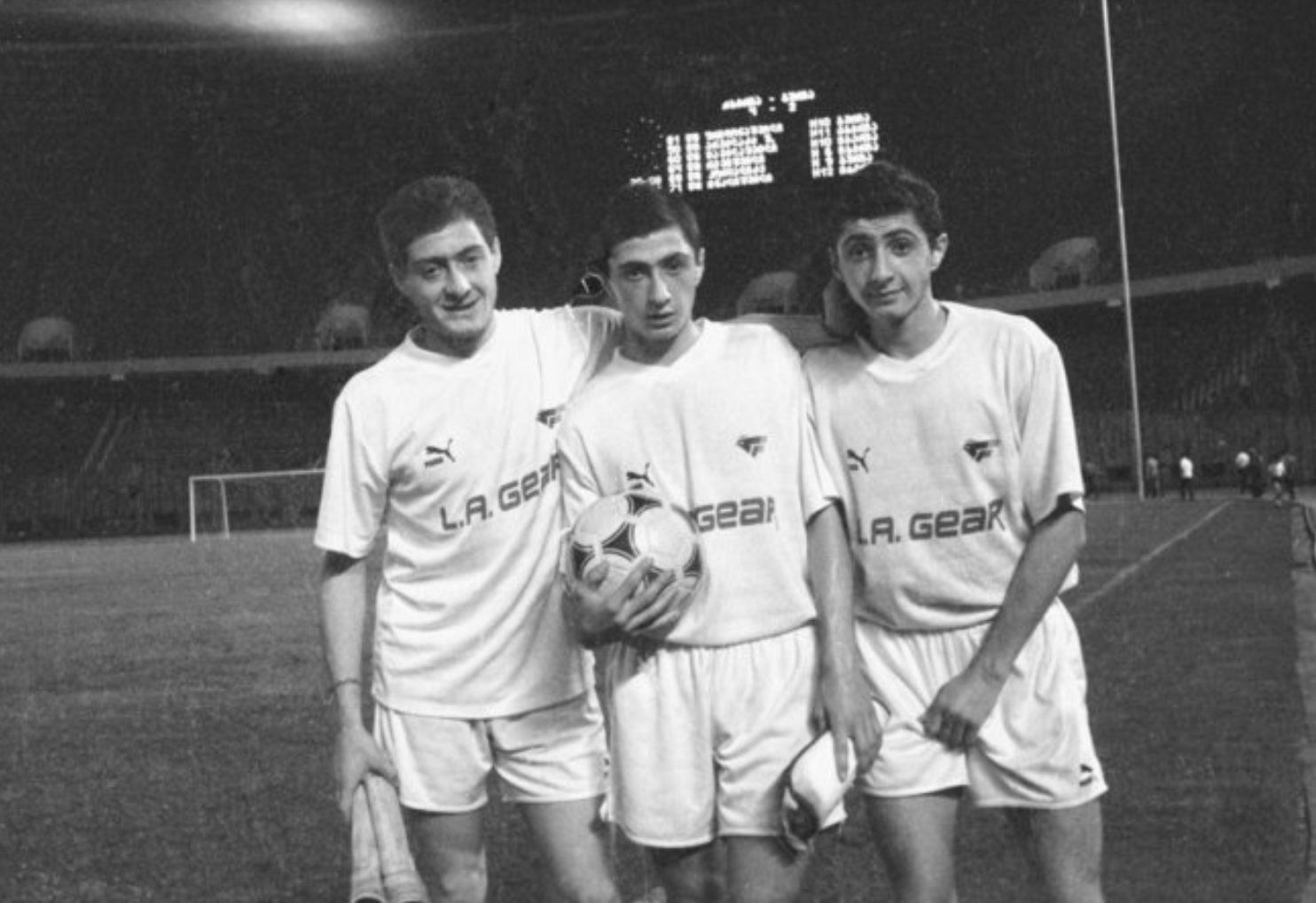 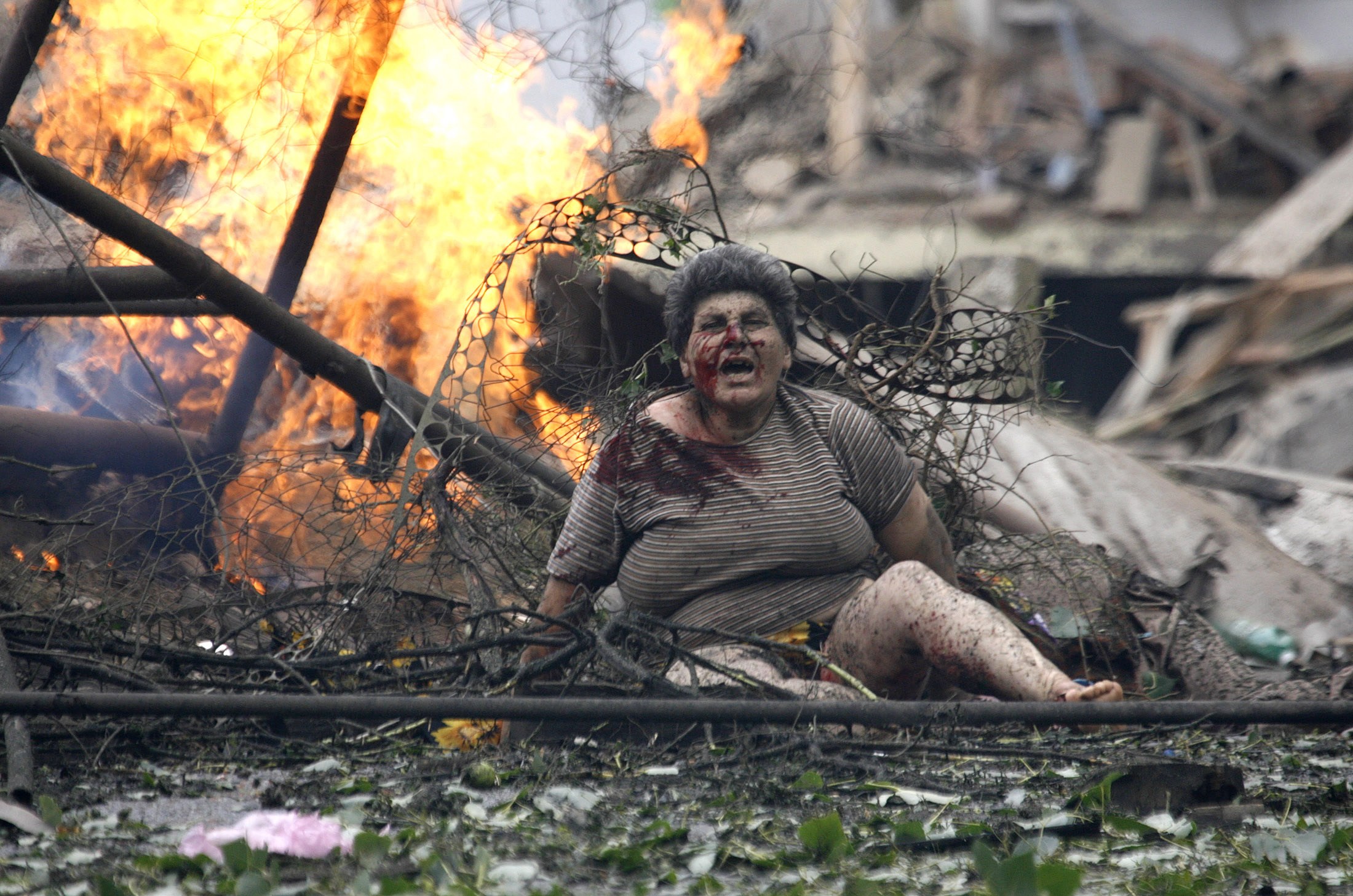 The 2008 conflict brought misery to Georgia

“We have had so many famous painters, musicians and even Olympic champions from such a small nation.

“Also Georgia was one of the first countries that ever made wine 8,000 years ago. We have 55 different types — while the French only have nine! We even do great cheese and bread too.”

Arveladze remembers how Georgian children were shielded from the reality of Soviet rule.

He said: “As kids you had happy times — you visit the mountains, go to the seaside and everything looks perfect but then when you wake up aged 15-16 and you know it’s not as smooth as it looked when you were a kid.”

But the Hull boss remembers a childhood dominated by football.

He said: “My parents came home with a ball one day — and who would’ve thought it would lead us to becoming professional footballers. 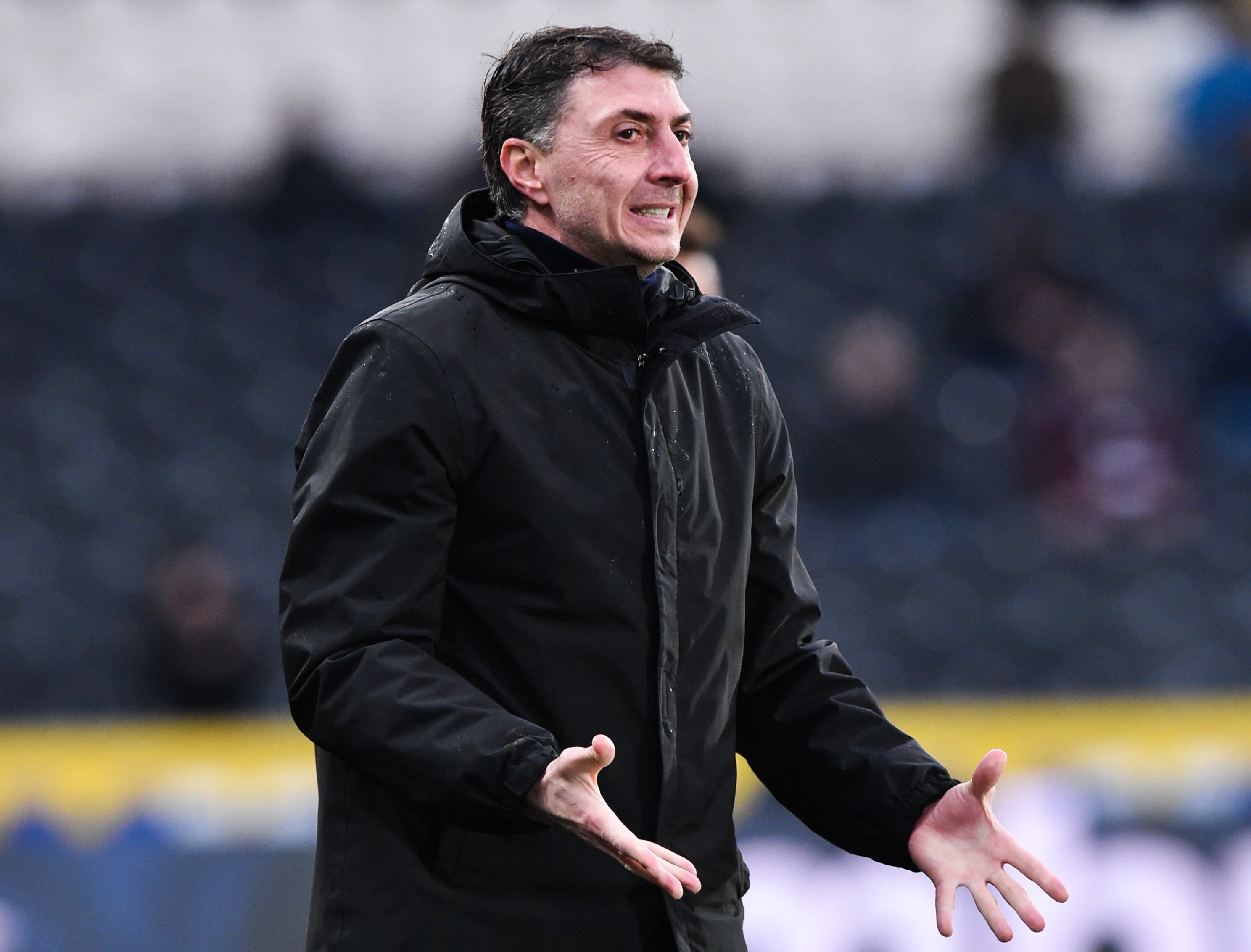 Shota Arveladze has happy memories of his childhood

“So our mum would come home and ask, ‘Why is this glass here and not where it was? What have you been doing? Playing football?”

“We were the children of doctors so it wasn’t expected for us to go down a football path.

“I’m very grateful our parents gave us as much freedom as they could back in a country at that time where it was difficult.

“They gave us a good education, a good school and didn’t stop us persuing something we loved rather than pushing us to be lawyers, doctors or whatever.”

Arveladze had his first taste of watching a live match aged six when Dinamo Tbilisi knocked Liverpool out of the European Cup in 1979. 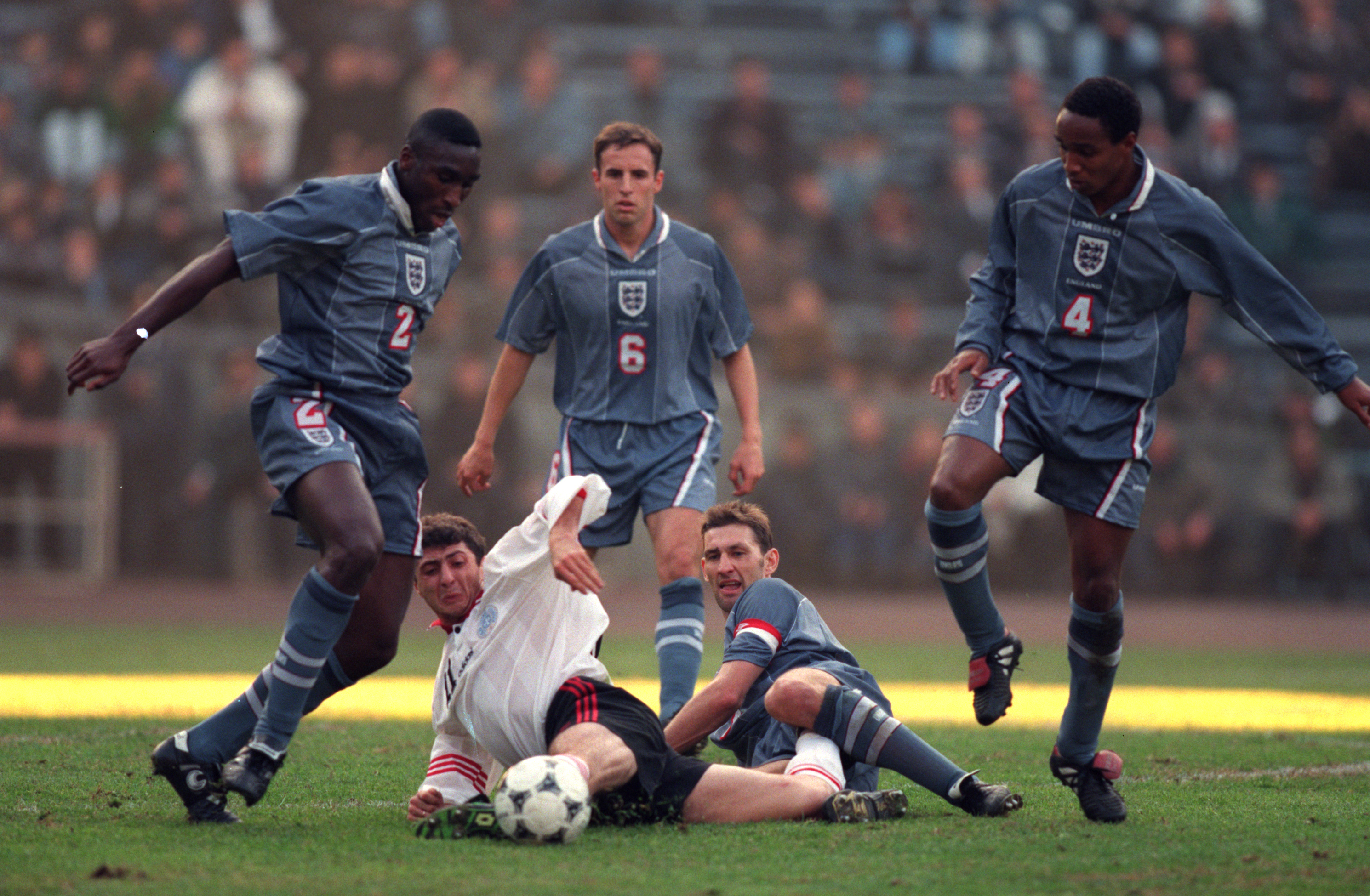 The Hull boss said: “We won 3-0 in the second leg to win 4-2 on aggregate. It was a wonderful memory against one of Europe’s best teams.

“Then in 1981, we knocked West Ham out of the European Cup Winners’ Cup on the way to winning the trophy!”

Arveladze went on to play for Dinamo himself — winning four league and cup doubles in a row — before moving to Trabzonspor, Ajax, Rangers, AZ and poetically playing the last game of his glittering career at the Bernabeu for Levante against Real Madrid.

Having already played for Louis Van Gaal at AZ, Arveladze returned to become the Dutchman’s assistant in his first-ever coaching rule.

He said: “Louis was more clear than anyone I had met before. He could show something in great detail but in way that was very easy to understand.” 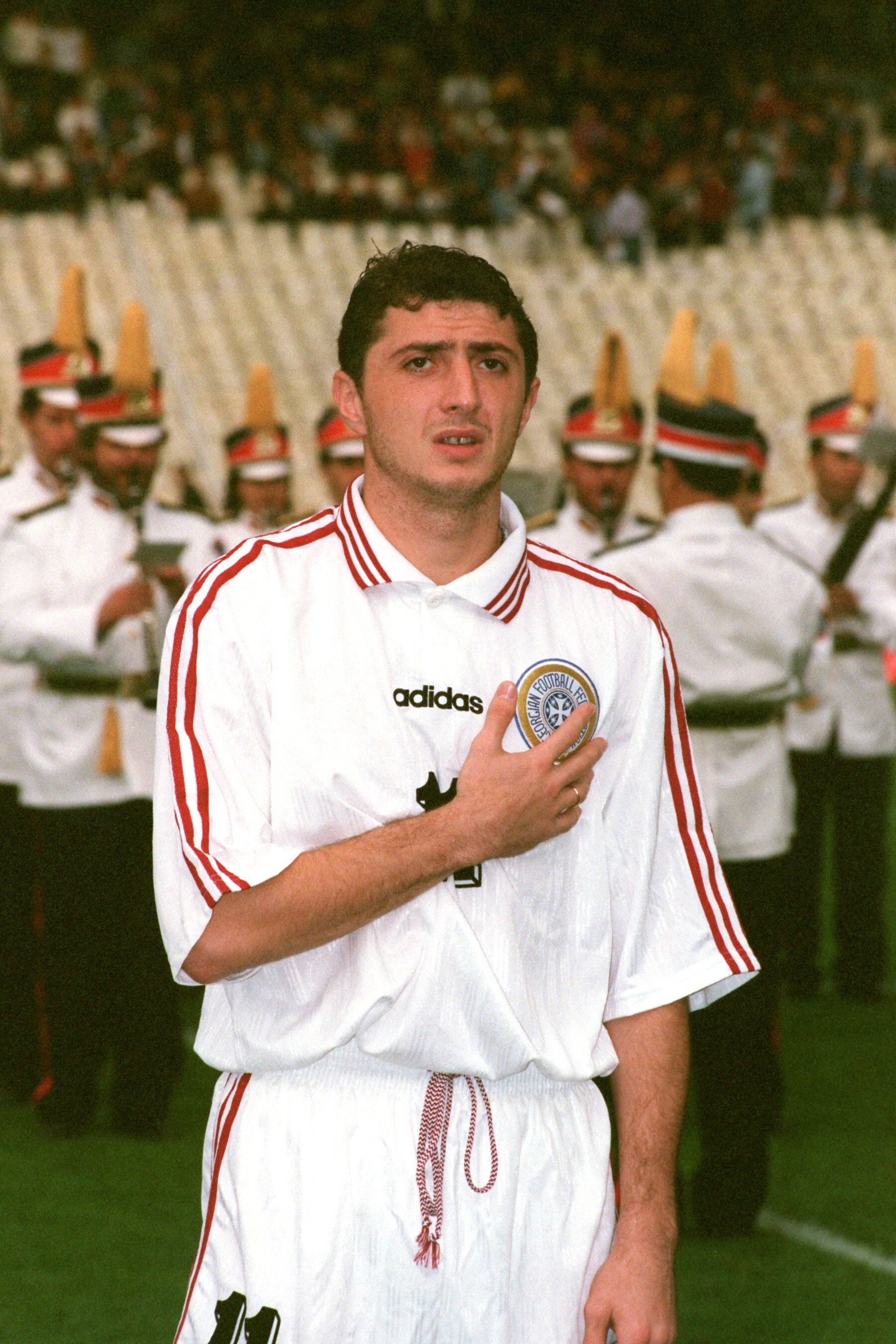 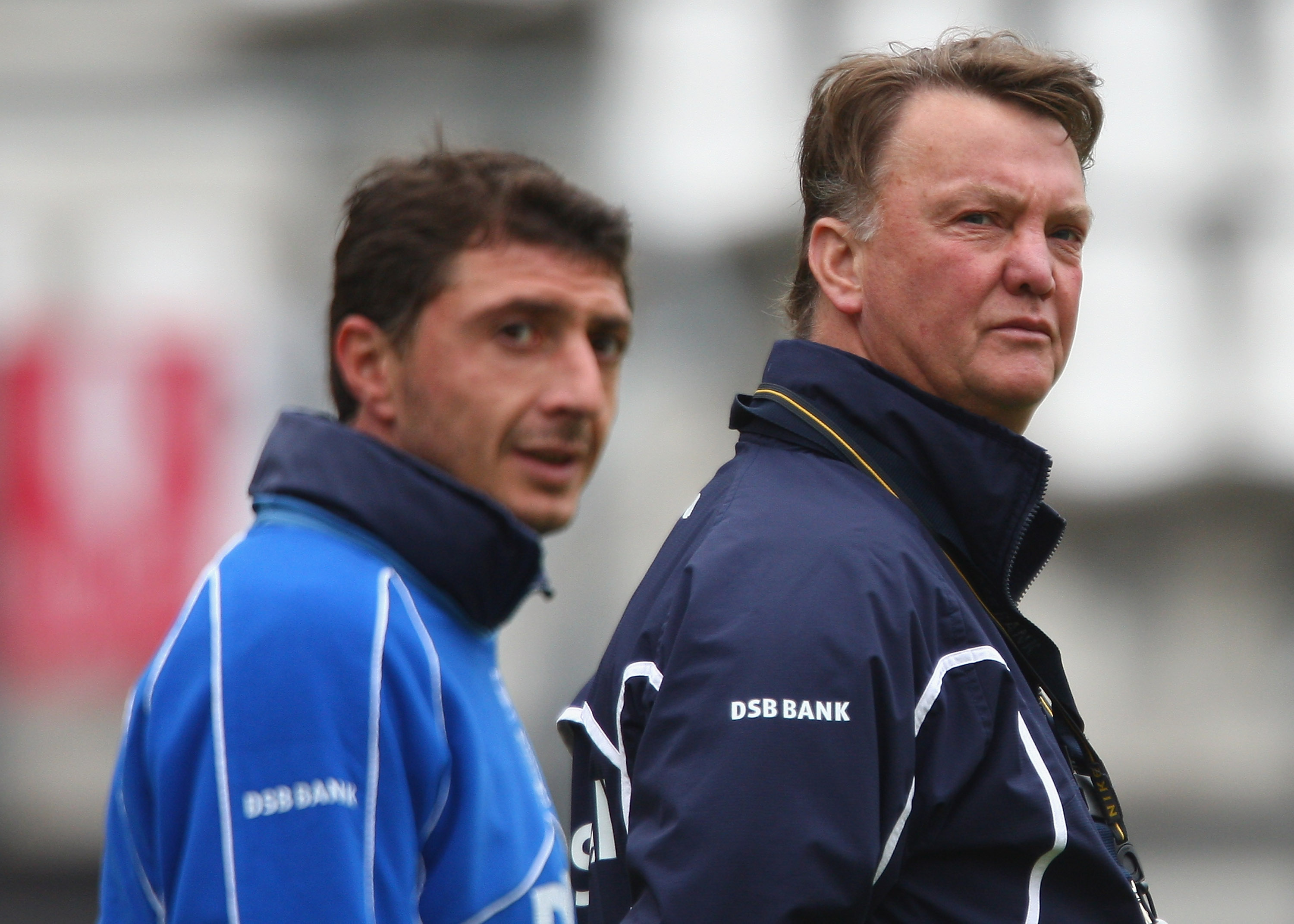 Shota Arveladze served as Louis Van Gaal’s No2 at AZ

Now he has been at Hull for a month after being appointed by the club’s new Turkish owner Acun Ilicali — and he can be in no doubt about the relentlessness of the Championship with today’s trip to Peterborough his eighth game in charge already.

Ironically he is up against the man he replaced, Grant McCann, who officially took charge of Posh on Thursday.

Arveladze said: “I love English football. The atmospheres in the stadium, the location, the fans — it’s everything anyone could wish for.

“The games come so soon. You can forget as quickly as possible the last match and go forward again. Of course, it’s not good to lose but it makes the challenge even bigger and gives even more motivation to succeed.”

And while the Russian jackboot continues marching menacingly into a sovereign European nation, Arveladze has one final message: “Let’s play football and not fight wars. Rather than bring suffering to people, let’s bring joy. The world would be a much better place.”