The 13-time Premier League champs dropped the axe on the club legend’s three-year reign following their disappointing 4-1 defeat at Watford.

Solskjaer’s departure comes in a week of high-profile sackings in the men’s and women’s top flights with Birmingham ending Scott Booth’s five-month tenure as boss of their WSL side.

United Women’s gaffer Skinner, 38, said: “Ole will remain the legend of this club.

“This happens in football, doesn’t it? He will be missed.

“I’m pretty sure that wherever he goes into his next job he’ll be successful.”

In a frank, emotional interview shared by Man United’s official Twitter account, Solskjaer, 48, reflected on recent United results and admitted it was time to “step aside”.

Solskjaer said: “I wanted us to take the next step to challenge for the league, to win trophies and I only think it’s right that it comes from the horse’s mouth.

“This club means everything to me and together we’re a good match, but unfortunately I couldn’t get the results we needed and it’s time for me to step aside.”

Skinner added: “Ole continues to be a great person that everybody at Manchester United will remember as a great individual.

“It’s a sad day but it’s part of football and Olli more than anyone will know that.” 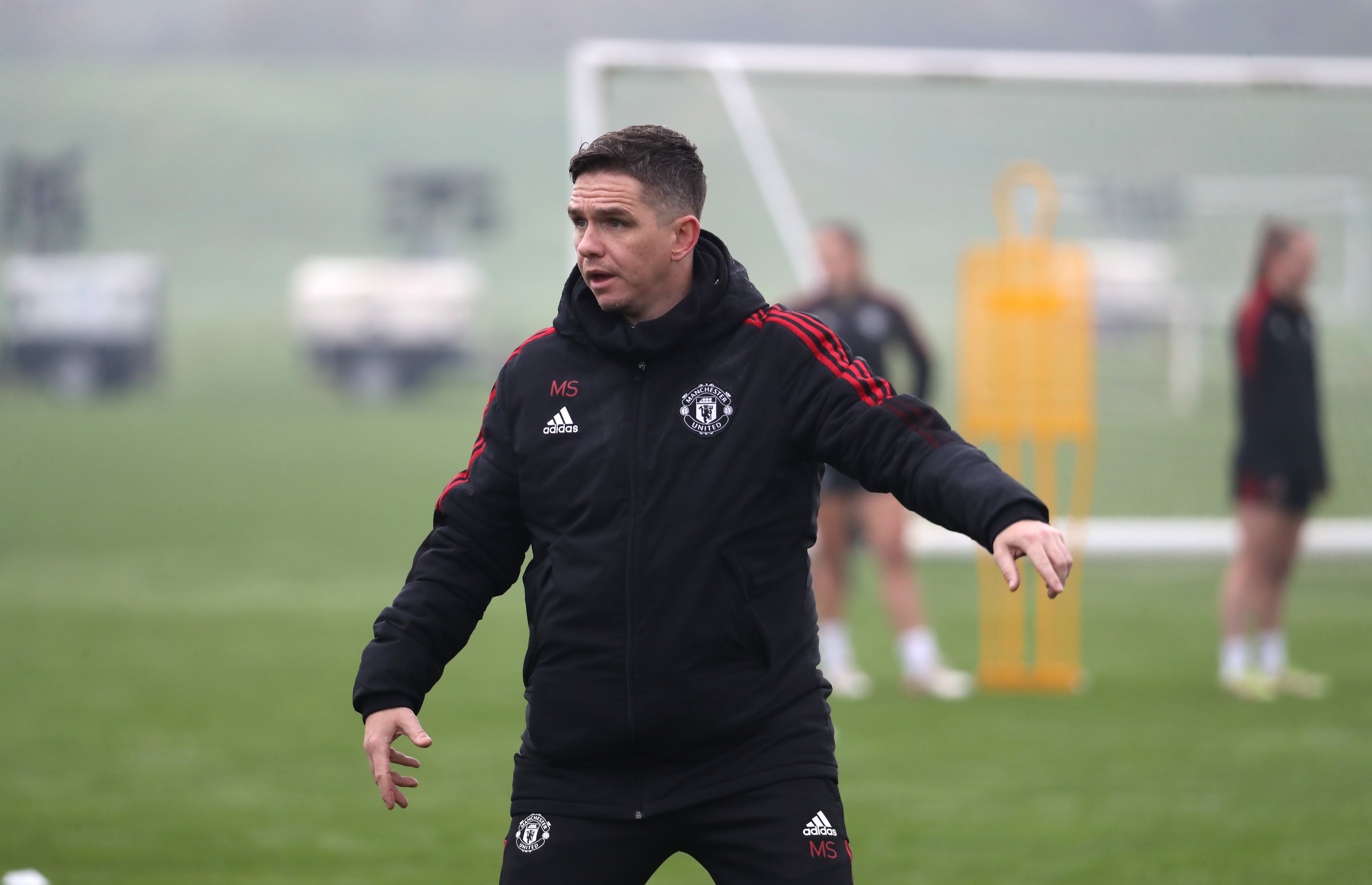 Skinner says Solskjaer will always be remembered as a ‘great individual’ at UnitedCredit: Getty

Skinner, who is almost four months into his reign of the Red Devils Women’s side, was speaking after his side’s 4-1 home loss to Arsenal.

And the Red Devils gaffer, who spent three years in charge of Birmingham, believes former WSL rival Booth will bounce back from his Brum departure.

The Midlands club, who were thrashed 5-0 by Chelsea, have appointed ex-West Brom Women’s boss Darren Carter as interim head coach.

And former Blues Women boss Marcus Bignot is set to support Carter with his managerial duties.

Before United’s clash with Arsenal, Skinner said: “I’m pretty sure Scott will use this to fuel his career as well as where he wants to go from there.

“It’s certainly tough (in the WSL) and it’s only going to get tougher.”

Skinner’s Leigh Park Village stars will hope for maximum points from their next league fixture having one win and three draws from their last five fixtures.

“I was never going to come in and it’d be a magic wand waved. We will keep investing so we can keep challenging.

And the home defeat to Arsenal saw United drop to sixth in the table after being leapfrogged by West Ham who beat Tottenham 1-0.

The club are due to visit Brighton for their next league game after the international break. 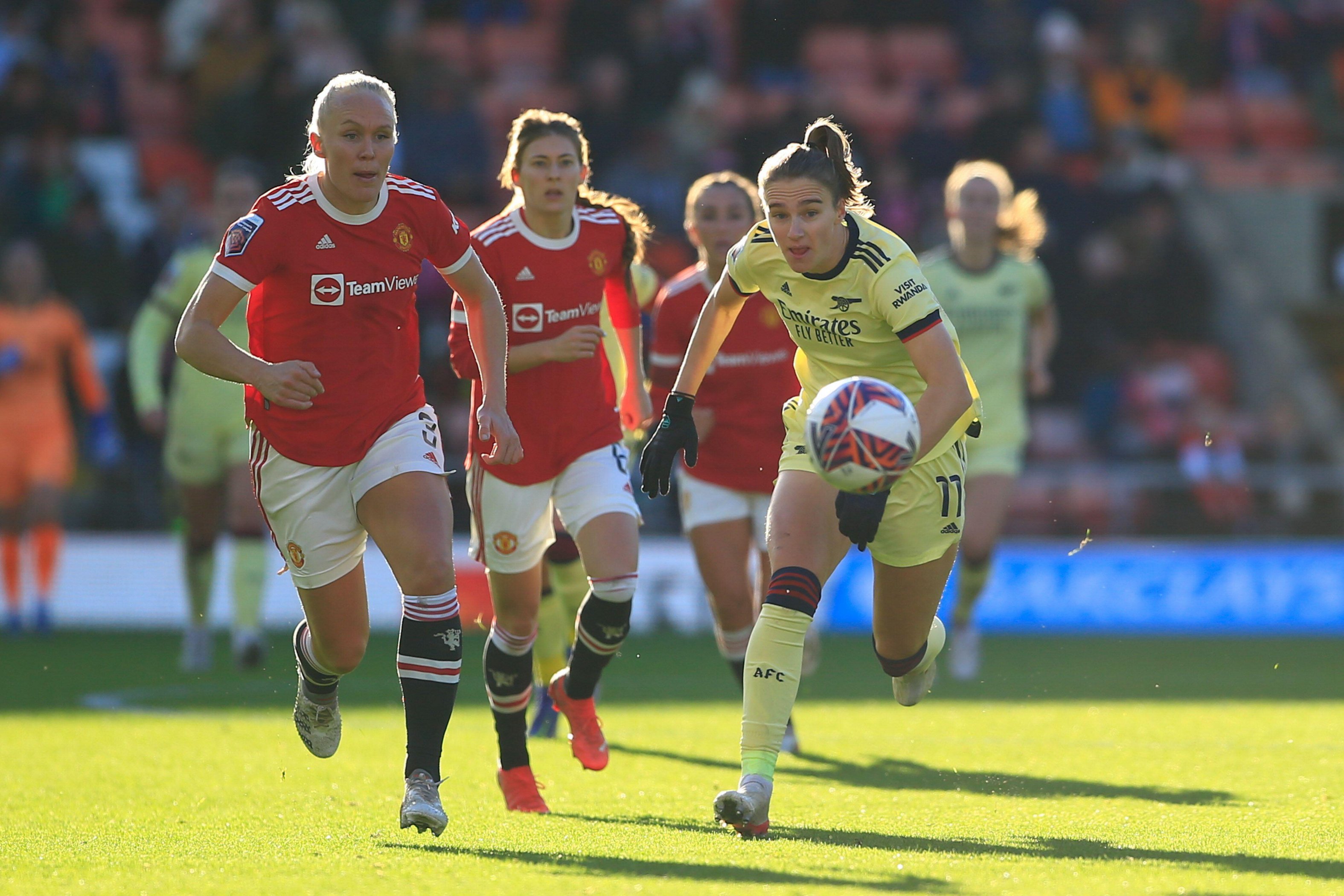 Man United will be hoping for three points when they face Birmingham after the international breakCredit: Alamy

And Skinner hopes to have side strengthened with new additions in the January and summer transfer windows next year.

The Red Devils gaffer added: “We have to add depth so on game three [of the week], we still have energy. We will keep investing so we can keep challenging.”

“I was never going to come in and it’d be a magic wand waved. We lost a lot of forwards in the summer.”