MARC SKINNER will press for transfer reinforcements for Manchester United who suffered their third defeat in four WSL duels with Arsenal.

A history-making Vivienne Miedema strike was among the goals that saw the Gunners beat United 2-0 in view of England boss Sarina Wiegman.

Vivianne Miedema became the first player in WSL history to score against every single team she has come against in the leagueCredit: Reuters 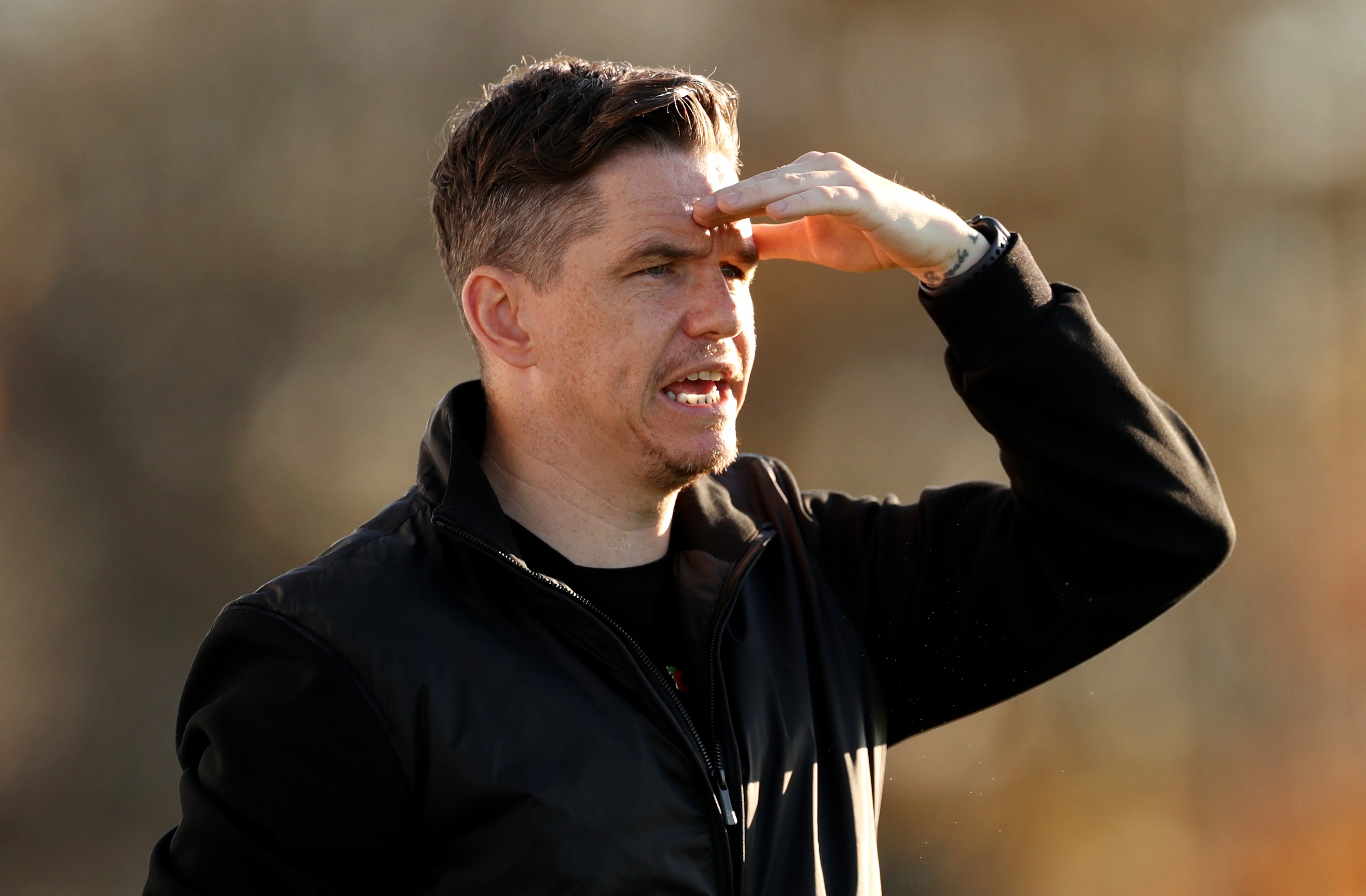 Marc Skinner is keen to strengthen his side in the next two transfer windowsCredit: Getty

Miedema’s shot was among the efforts that saw the league leaders seal a win that momentarily extended their points tally over Chelsea.

The strike saw the Dutch star become the first player in Women’s Super League history to net against every single club she has faced in the division.

And the club are now ten points behind the Gunners with Skinner hinting at January and summer transfer window reinforcements.

The United chief, whose team play Leicester next, said: “We’re going to try in January for the right players.

“I expect over the next two windows, you’ll see more players come in that will help this group with the talent they have.”

United’s loss to Arsenal was the second time they were beaten by a top-two side this term with the Blues trouncing them 6-1 in September.

When asked if there was a gulf in class in between United and the title-chasers, Skinner replied: “No, there was a gap in moments.

“I’ve been in the league a long time. I remember when Chelsea didn’t have Sam Kerr, Fran Kirby and Pernille Harder up front.

“I remember when Arsenal didn’t have Miedema and Nikita Parris and Tobin Heath.

“Our players will need those reinforcements if we’ve got tough games like this.”

United had a decent start early on and some positive forays forward with Alessia Russo’s shot from distance prompting a block around the fifth minute.

But the visitors swiftly grew into the game moments with Beth Mead cracking the woodwork from inside the box after wrongfooting her marker. 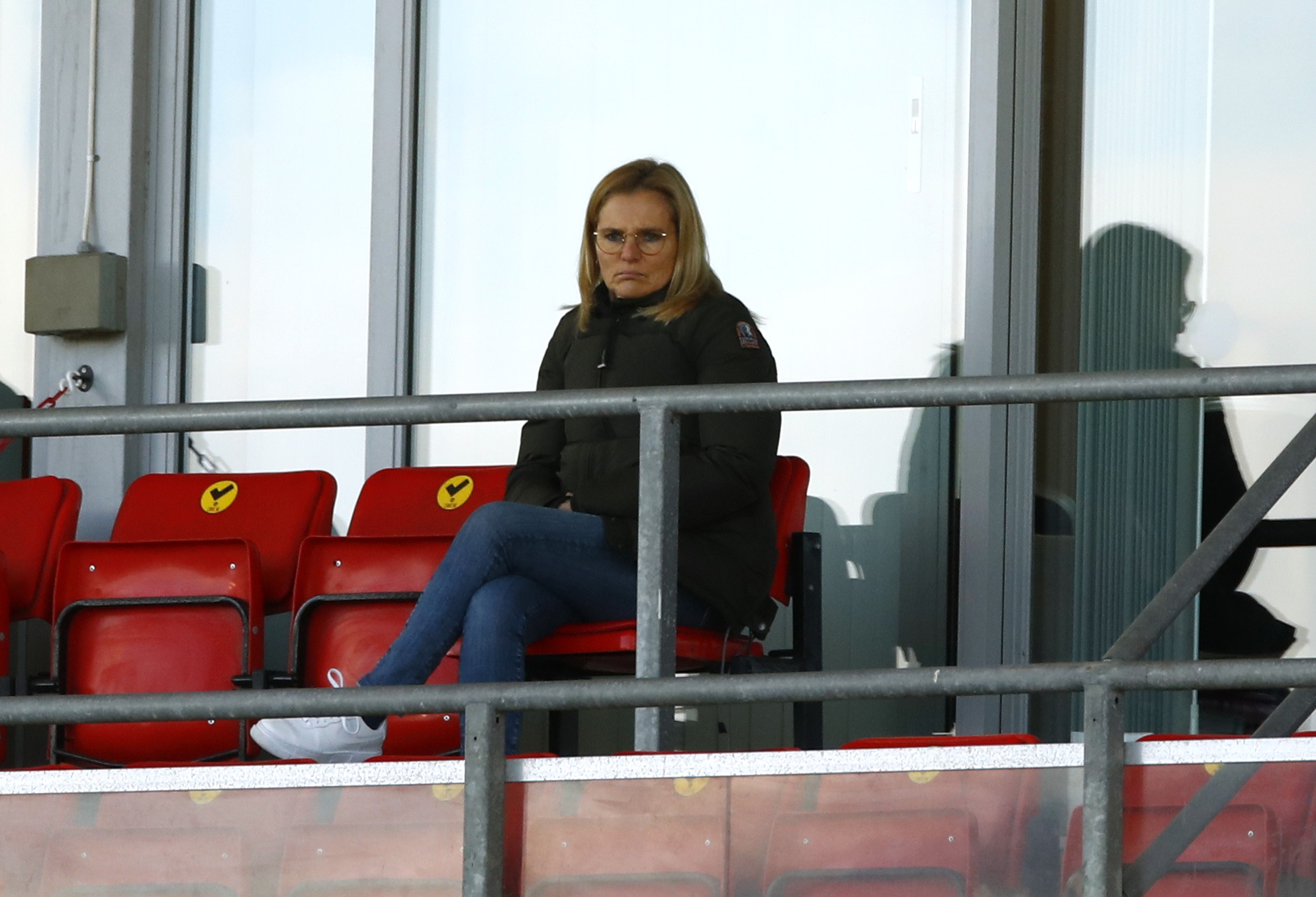 Ella Toone, who signed a new United deal, worked her way into good space into the right in the box but was unable to threaten with her 18th-minute cross.

And the league leaders forced a classy save from Mary Earps with the Red Devils stopper tipping Kim Little’s strike over the bar near the half-hour mark.

The second half saw Jordan Nobbs come on for Little with the Gunners captain thought to have suffered a groin injury.

And the Gunners upped the tempo with Miedema evading Katie Zelem to wallop in the visitors’ first past Earps in the 47th minute.

And McCabe was sent tumbling to the turf herself in the 54th minutes with Aoife Mannion conceding a pen which the Republic of Ireland star dispatched with ease.

The final half-hour saw United battling to get a goal back. They came close to netting with Zelem forcing a close-range stop from Manuela Zinsberger in the 62nd minute. 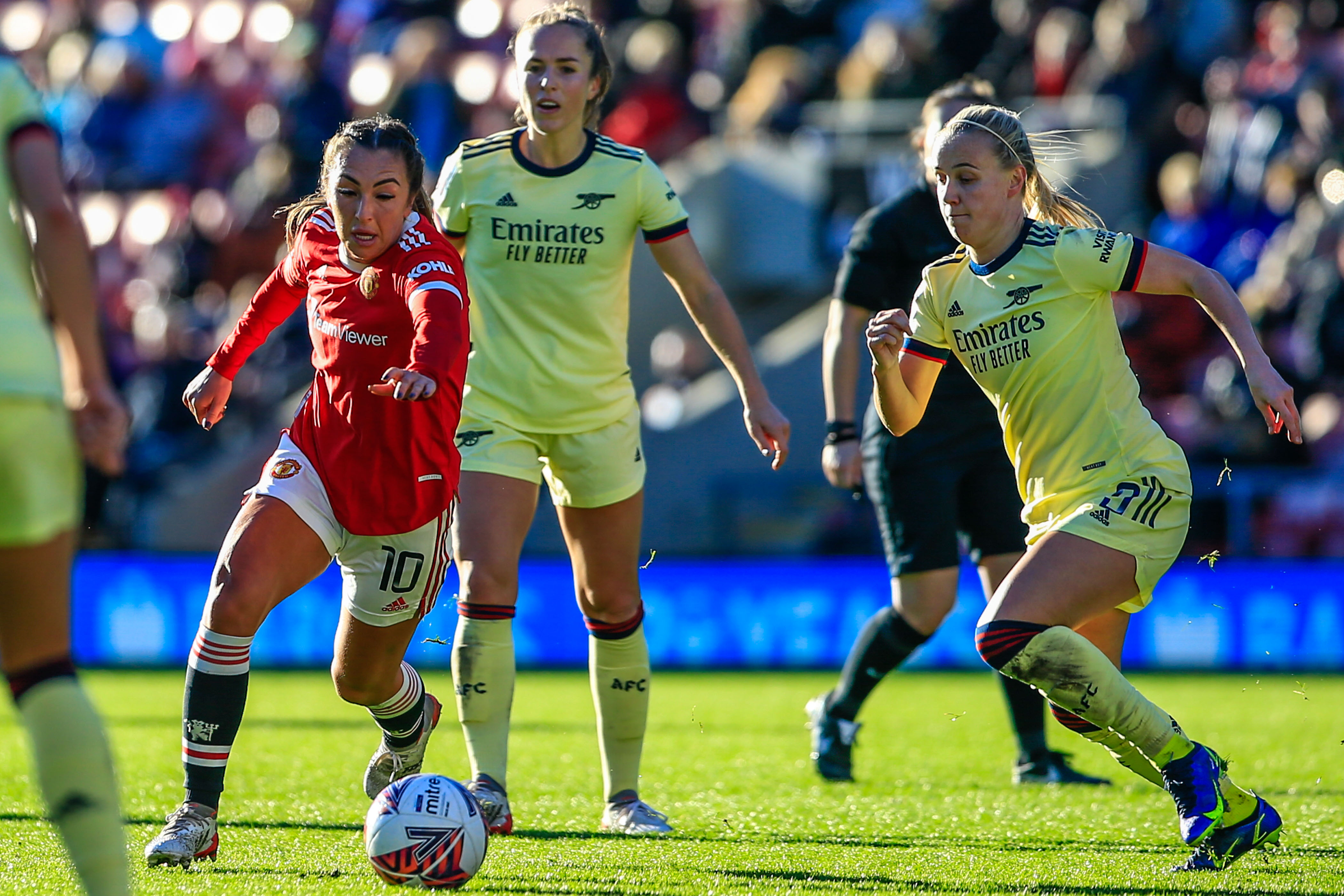 And the Gunners, who had another penalty shout, before seeing out a 2-0 result to stay top before the international break.

Team boss Jonas Eidevall said: “From a personal point of view, I’m still learning the league, the club the players. Of course, I’m very pleased with the results [this season]

“We don’t view this as a finished project. We need to develop and perform every matchday.”