THIAGO SILVA had Chelsea fans in hysterics after wiping his nose with a Tottenham shirt on Sunday afternoon.

The Brazilian had just marshalled his side’s defence to a clean sheet in the 0-0 draw at Stamford Bridge, when he held a little reunion with former PSG team-mate Lucas Moura. 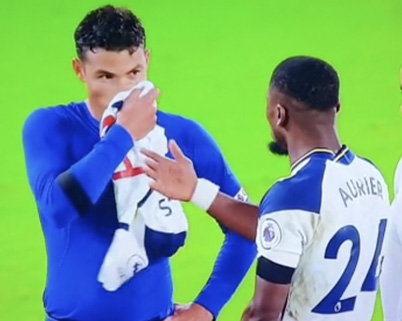 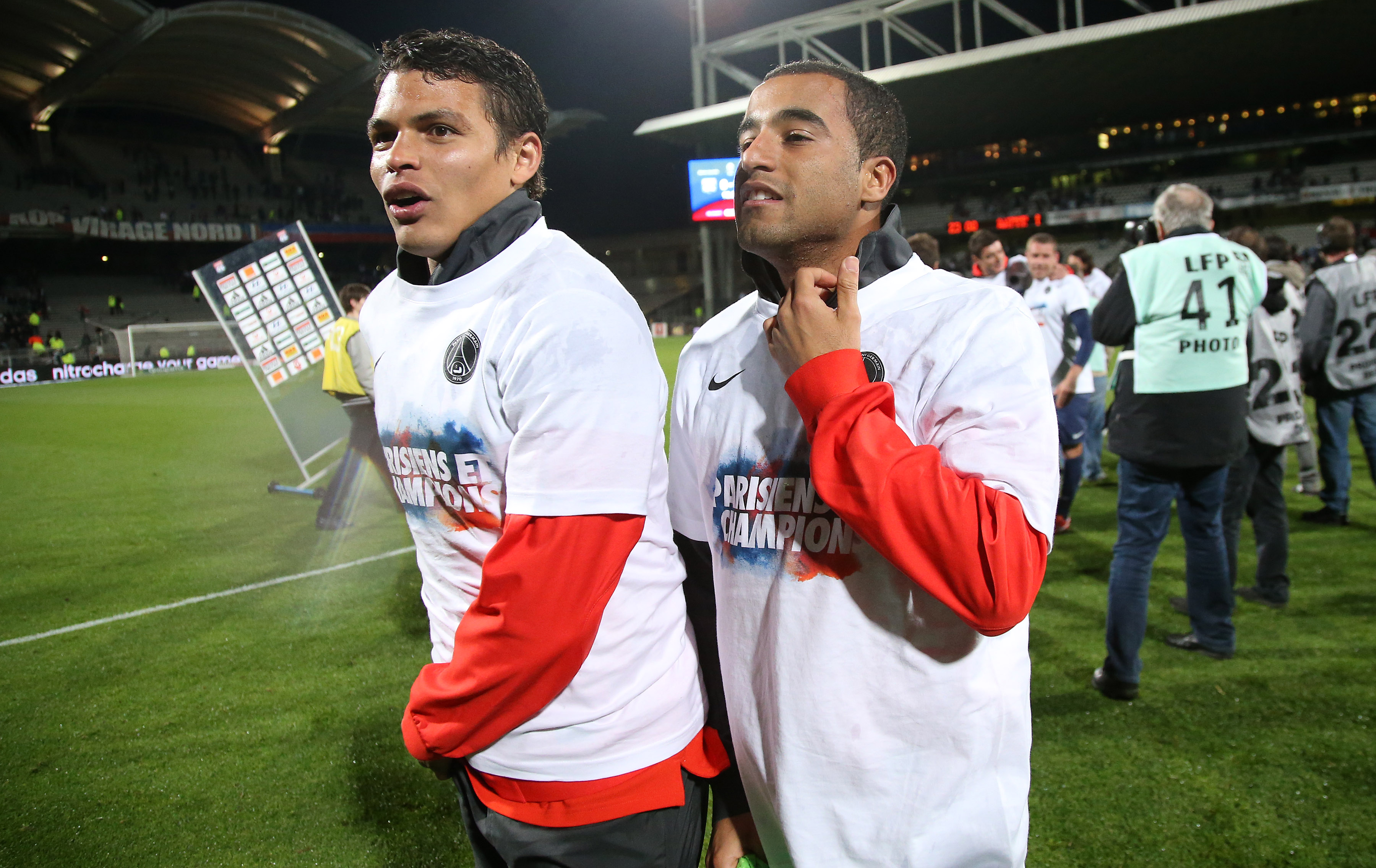 The Brazilians are famously close from their time at PSGCredit: Getty Images – Getty

As they were conversing, however, Silva found his nose beginning to run.

And without a second thought, the 36-year-old used Lucas’ Spurs shirt to wipe up.

While neither Lucas, nor Aurier, batted much of an eyelid, the moment had fans online in stitches.

Another added: “Instant legend in my eyes”.

Silva, who also reunited with yet another ex-PSG man in Giovani Lo Celso, is famously close with Lucas – with the pair having embraced before swapping shirts.

And the Spurs winger, 28, revealed pre-match that it would be strange to go up against his pal.

He said: “It’s too easy for me to speak about Thiago because we have a very good relationship.

“He is my friend, my brother and I am a big fan. For me, he’s one of the best defenders in the world.

“It will be strange and different to face him on Sunday. Unfortunately we have not met yet (in England) because of the virus. We’ve had a lot of games also and it’s been difficult to organise.

“But I speak to him almost every week. He is the kind of friend you keep forever, in the heart. He’s a big person for me.”