The Portuguese also rapped the club’s young stars for not listening to experienced voices in the dressing room.

And the German has urged serial winner Ronaldo, 36, to continue dishing out advice to the squad, “In a very direct manner”.

Ahead of tonight’s Prem trip to Aston Villa, Rangnick declared: “The older and younger players have to play as a team and be united on the pitch.

“We have so many top, talented players and it brings me back to what Cristiano said — we have to work and develop as a team together.

“If it’s necessary to speak in a very direct manner to the boys, it helps a lot, even in the locker room.

“If Cristiano, or any of the other players, address that to the players directly on the pitch, or in the dressing room, they are more than welcome to do that.

“We now have enough experienced, older players who can not only be role models themselves in training, on the pitch and in games.

“But they can also do that in all those conversations in the locker room, or when they are together in the hotel ahead of games. This has to happen. In a team, in a united team, that happens automatically.

“And I can only invite, challenge and tell all the players — also the older players — to do that on a regular basis.

“That helps even more so in a team that we have currently.”

There are a number of cliques in the United camp. 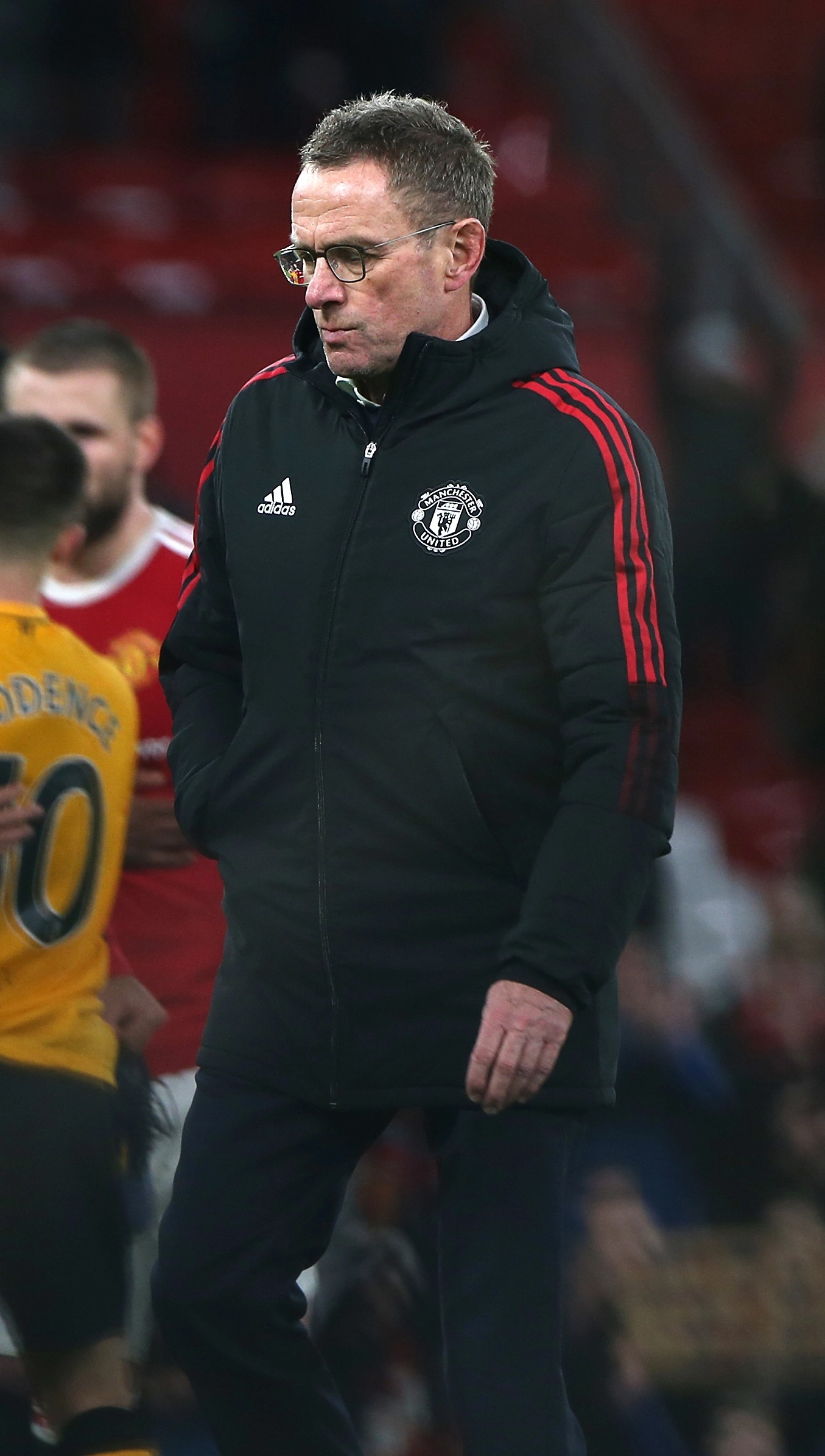 As SunSport revealed yesterday, a number of the younger players feel intimidated by Ronaldo and are scared to make a mistake or not pass to him because of the reaction they might get.

But Rangnick says now is the time for everyone to pull together and get their season back on track.

He added: “The younger players we have, they are highly talented and we have enough older players.

“And, in the end, it’s a team sport. It’s a ball game where we have to play together.”