TOMAS SOUCEK evoked memories of Terry Butcher with blood pouring from his head after a clash with Davinson Sanchez.

The West Ham star got in the way of Sanchez to prevent a Tottenham equaliser in Sunday lunchtime’s London derby, but got his head split open for his troubles. 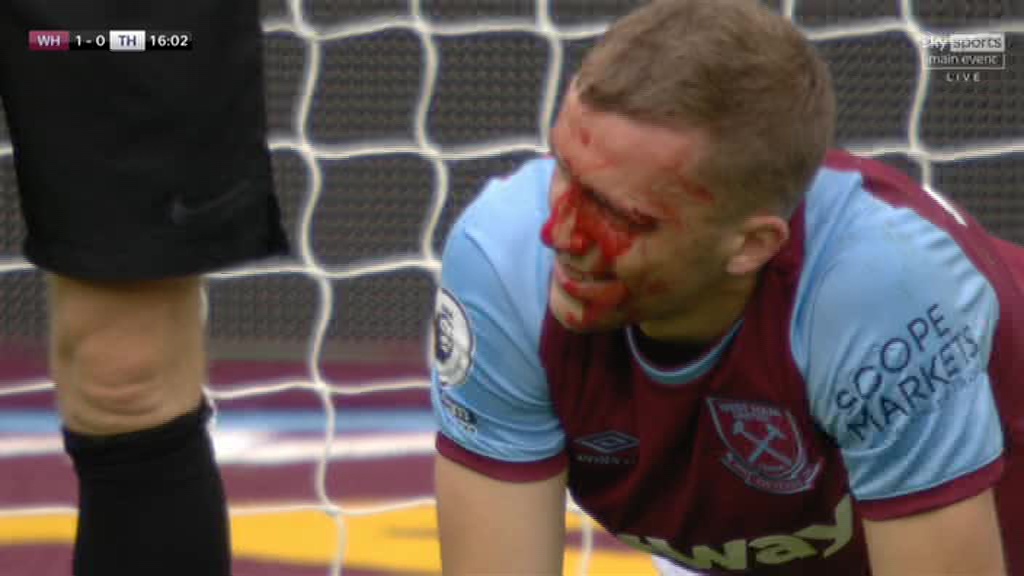 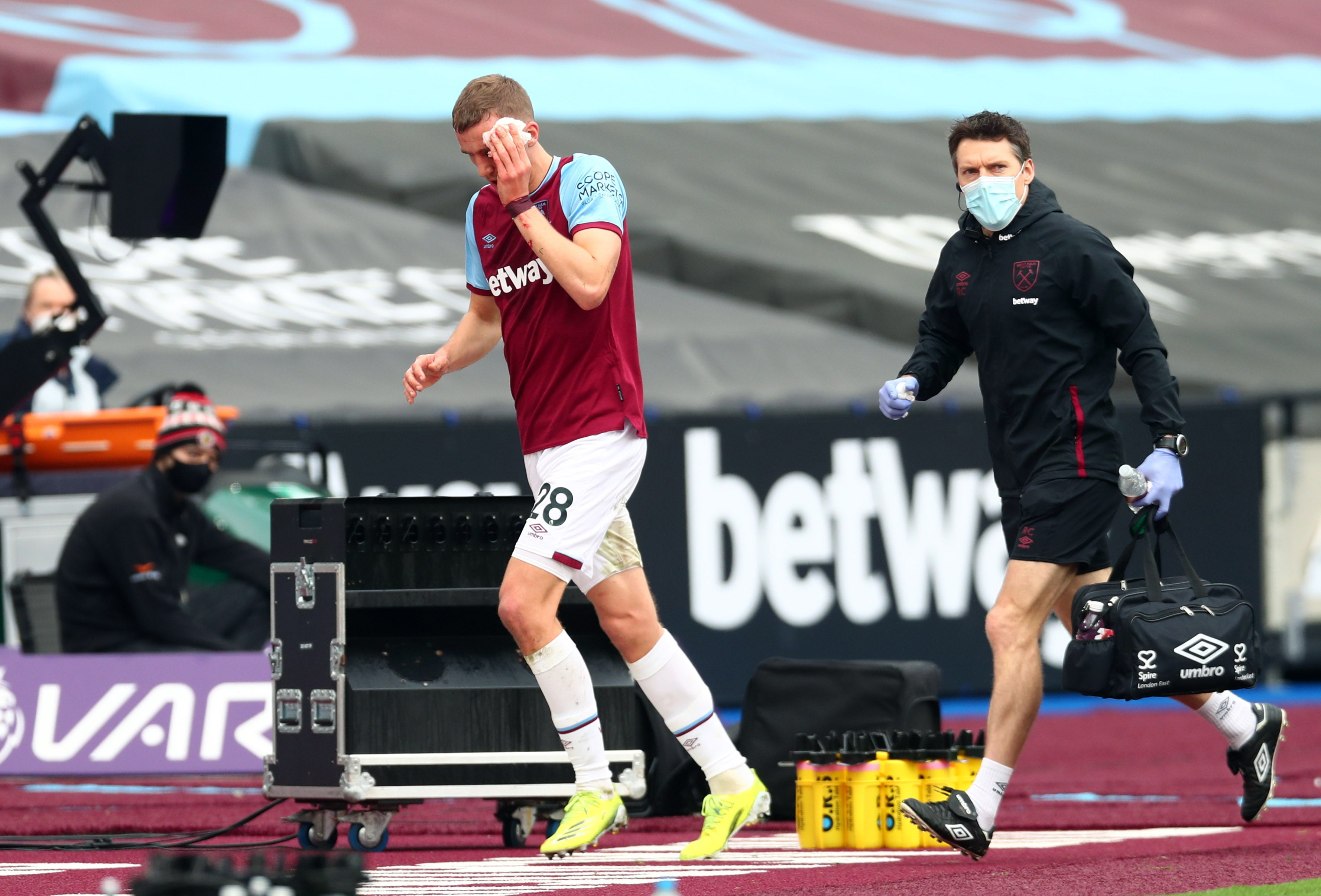 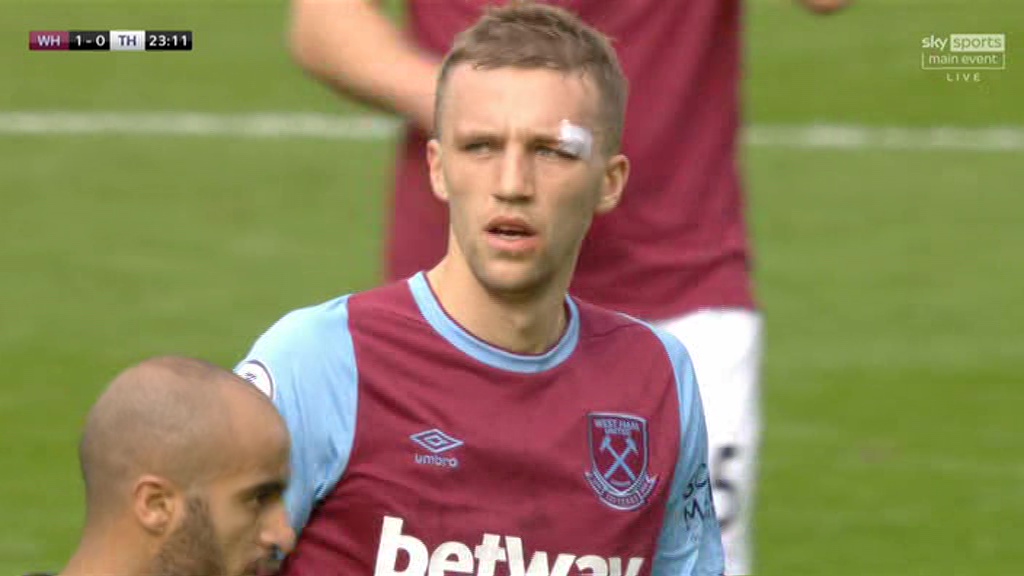 Soucek was forced off the field to have stitches after the incident in the 16th minute, before returning to the field seven minutes later.

With referee Craig Pawson waving play on despite Soucek’s plight, the Czech hardman carried on defending with blood streaming down his face.

Soucek leapt above the crowd in the box while defending a Tottenham corner, but his head struck the competing Sanchez in doing so.

Both players fell to the floor inside the penalty area, but Soucek leapt straight back up in an attempt to block a shot from the resulting rebound.

Fans on Twitter praised the West Ham man’s dogged spirit in carrying on despite the injury.

Love that Soucek took that smash to the face and just got up to try and block the ball!! My man ⚒⚒

Ex-WHU Employee posted: “Love that Soucek took that smash to the face and just got up to try and block the ball!!”

Marshall89HD added: “Still got up to defend the chance, every team needs a Soucek.”

While Cllr Sean Macloed said: “Still got back up and blocked the shot, now off getting stitches and coming back on proper old school defender this lad.”

Michail Antonio gave the high-flying Hammers and early lead over their London rivals in the fifth minute by bundling in Jarrod Bowen’s cross, piling the misery on Spurs boss Jose Mourinho.

The hosts ended up relieved at hearing the half-time whistle, with Tottenham piling the pressure on starting with the spell in which the Hammers were down to 10 with Soucek recieving treatment.

However, West Ham’s domination of the early stages of the game paid off as they went in 1-0 up at the break.

David Moyes’ medical team ruled that Soucek was fit to carry on, avoiding the need for a substitute.

The Premier League now has new concussion rules in place, permitting additional substitutes even if a side has used the their three replacements in the event of concussion.