IF Jimmy Greaves had been nothing more than the most prolific goalscorer in English football history, his name would reverberate through the ages.

That he was England’s greatest top-flight goalscorer by a country mile, despite retiring from the professional game at 31, made him more remarkable still.

Yet Greaves, who has died aged 80, was no mere goal machine, remarkable only for an avalanche of statistics.

He was also a much-loved TV presenter, a professional TV critic, a stand-up comedian, a supremely gifted anecdotist and raconteur as well an inspirational fighter against alcoholism.

If you were privileged enough to know him, he was also one of the dearest friends a bloke could ever have.

To many, Greaves was more famous for one game he missed — England’s 1966 World Cup final  triumph — than for his 44 goals from 57 internationals or that record of 357 in 516 top-flight appearances.

That’s 43 more goals than second-placed Steve Bloomer, who started scoring when Queen Victoria was on the throne, and 74 more than Alan Shearer, the next-best of the post-war era.

For almost half a century, his was the record for all of Europe’s five major leagues. It needed a player as gifted as Cristiano Ronaldo to finally surpass him in 2017.

As Greaves would often tell packed houses at his theatre shows: “I had a goal drought once — it was the worst 20 minutes of my life.”

That line, while one of his favourites, was completely tongue-in-cheek. Greaves wore his fame lightly and was almost contemptuous of his own goal-scoring genius.

James Peter Greaves, born the son of a Tube driver in Manor Park, East London, on February 20 1940, was a teenage sensation at Chelsea, an early pioneer overseas in a brief spell at AC Milan and an insatiable goal-scorer during nine years at Tottenham.

At Spurs he would win two FA Cups and become part of the first British team to win a European trophy.

Greaves, who was leading scorer in the English top flight in six different seasons, was an outstanding dribbler capable of Messi-esque individual efforts, yet he elevated  goal poaching into an art form.

While his England scoring record was outstanding, Greaves would be a spectator for the greatest game in his nation’s history, the 1966 World Cup final, after suffering a gashed shin in the  group match against France.

For the quarter-final, he was replaced by Geoff Hurst, who scored the winner against Argentina.

When Greaves was only approaching full fitness by the time of the final against West Germany, Alf Ramsey stuck with Hurst and the rest was history.

Contrary to popular belief, Greaves wasn’t bitter about missing out on that famous 4-2 victory and hat-trick hero Hurst was a life-long friend.

The footballing moment which caused him such devastation came in 1970 when Spurs boss Bill Nicholson off-loaded him to West Ham in a swap deal involving Martin Peters. 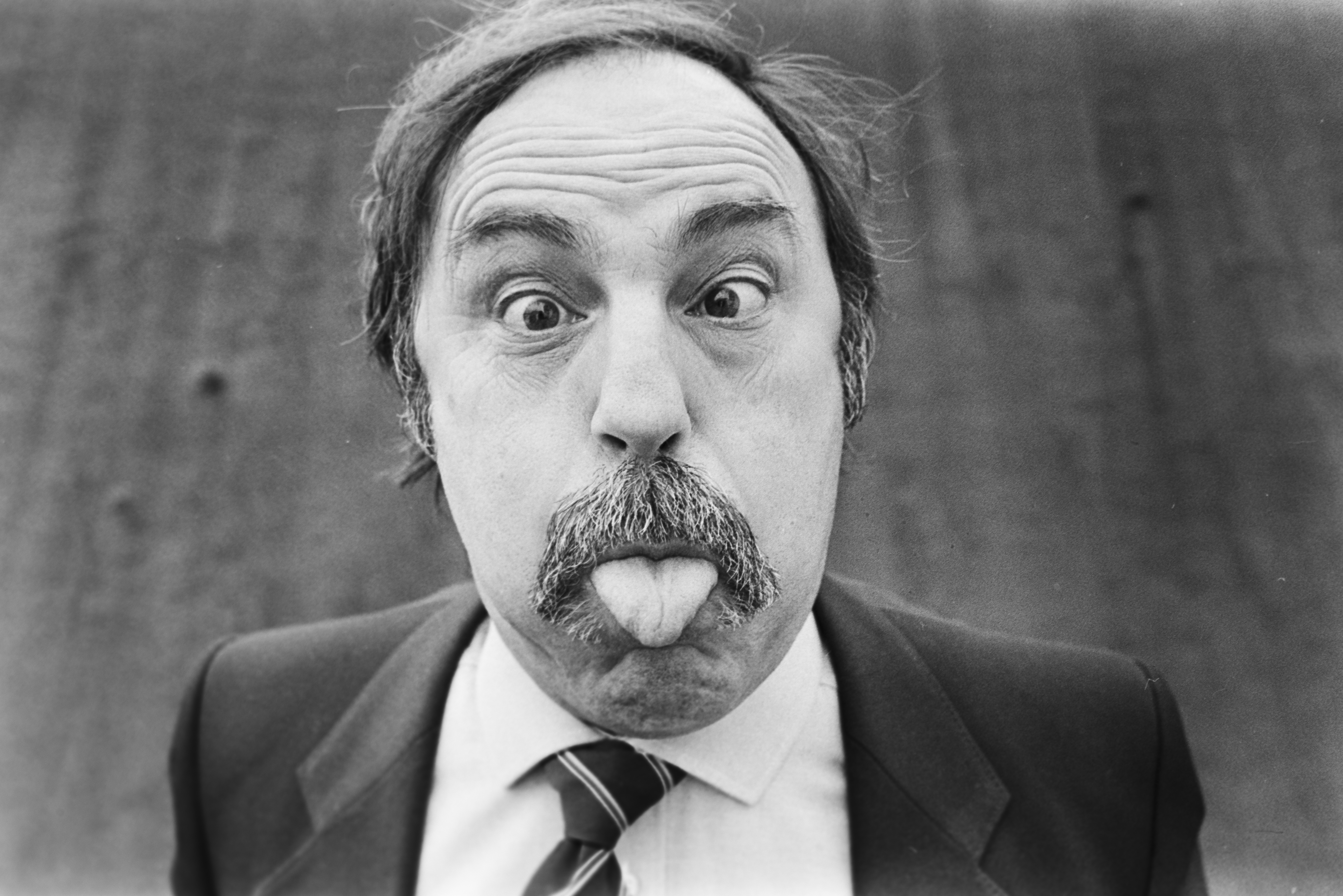 His time at Upton Park was brief and unrewarding.

Greaves retired the following year — returning only as a non-league midfielder some years later.

During that time, Greaves divorced Irene — his teenage sweetheart and the mother of his children. But the couple were soulmates who never really parted, officially remarrying in 2017, but only because they ‘never got round to it’ 30 or 40 years earlier.

The couple had five children, including a son who died as an infant, 12 grandchildren and four great-grandchildren.

As a footballer and later a TV personality, though,  Greaves seemed to have an extended family of millions.

He was one half of Saint and Greavsie, the hugely popular ITV football show he co-hosted with Ian St John from 1985 to 1992 — where his eternal catchphrase ‘It’s a funny old game’ was coined.

Back when football did not always take itself so seriously, the duo once successfully persuaded Donald Trump to conduct the draw for the League Cup quarter-finals.

During almost two decades with ITV, his other long-term role was as television critic for TV:AM.

After that Greaves continued to tour theatres as a gifted story-teller — his comic timing almost as sharp as his instinct for filling onion bags. 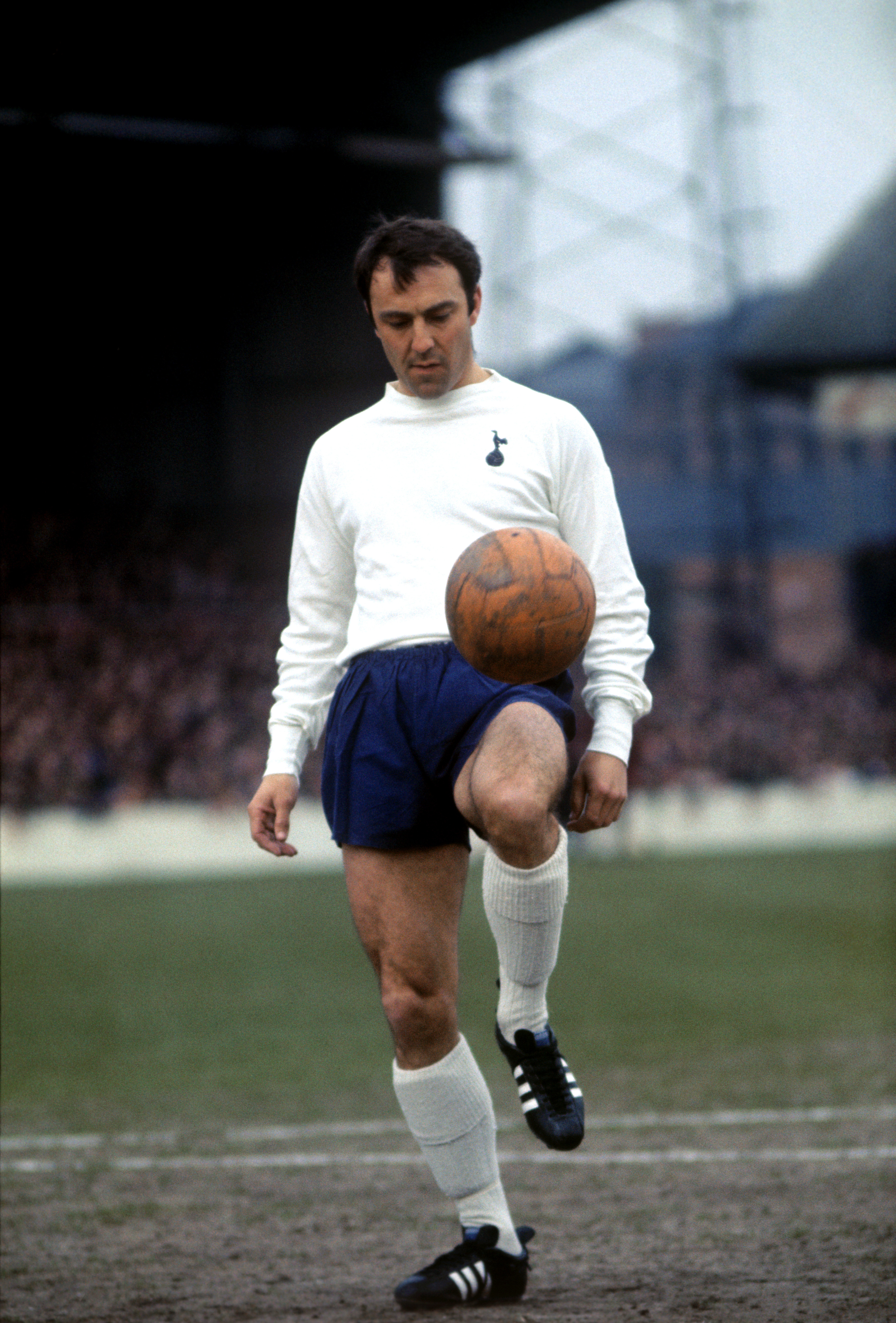 This February, Greaves’ 80th birthday inspired an outpouring of love and affection for the man — along with an acclaimed BT Sport documentary on his life and a campaign to have him included him on the Honours List.  Shockingly, he never has been.

One of the greatest honours, and joys, of my own career was to be the ghost-writer of Greaves’ newspaper column for six years and his friend for several more. To wake up in the morning and know you would spend an hour of your working day talking to Jim was to feel fortune beyond belief.

What a privilege to tap into that treasure trove of personal knowledge about so many of the greatest names in the world game, while also enjoying the man’s rich sense of humour and his uncommon kindness.

In all, he contributed brilliant columns for this newspaper and The Sunday People for 35 years.

His views were often spiky and cynical and he had a tremendous knack for debunking footballing myths, as well as excommunicating some of the game’s ‘saints’ with earthy tales.

According to Greaves all footballers were cheats, all talk of tactics was overblown because playing football was basically ‘chaos’, and  all managers were racketeers enriched each time they were sacked for failing.

He recalled watching Pele leap in the air to lay out an Argentinian defender with a head-butt during an international at the Maracana.

He’d tell you that Sir Bobby Charlton was an inveterate whinger who tried to referee every match he played, while Sir Stanley Matthews used to flog black-market cigarettes to his team-mates.

It was a huge regret that he outlived two of his greatest footballing friends, Bobby Moore and George Best, by so many years.

He said he was devastated to witness alcoholism defeat a man ‘as intelligent as George’.

Greaves never touched a drop of booze after 1978 and yet he battled the temptation every day, claiming that he was as aware of his condition as a man who had to screw on a wooden leg every day of his life.

Yet paradoxically he continued to be the life and soul of boozed-up rooms as an after-dinner speaker, as well as at newspaper Christmas lunches.

A severe stroke in May 2015 left Greaves unable to walk unaided and with his speech severely impaired.

Irene remained at his side but regretted bitterly that she’d ‘lost my best mate’ due to the devastating nature of that stroke.

Many of us have lost a dear friend with Greaves’ passing. He was England’s greatest goalscorer but he was so very much more than that.