RALF RANGNICK, are you watching?

And not just because Chelsea are 90 minutes away from lifting their fifth trophy since Manchester United last won one.

Thomas Tuchel played the 4-2-2-2 formation to perfection when Chelsea were in attackCredit: Getty 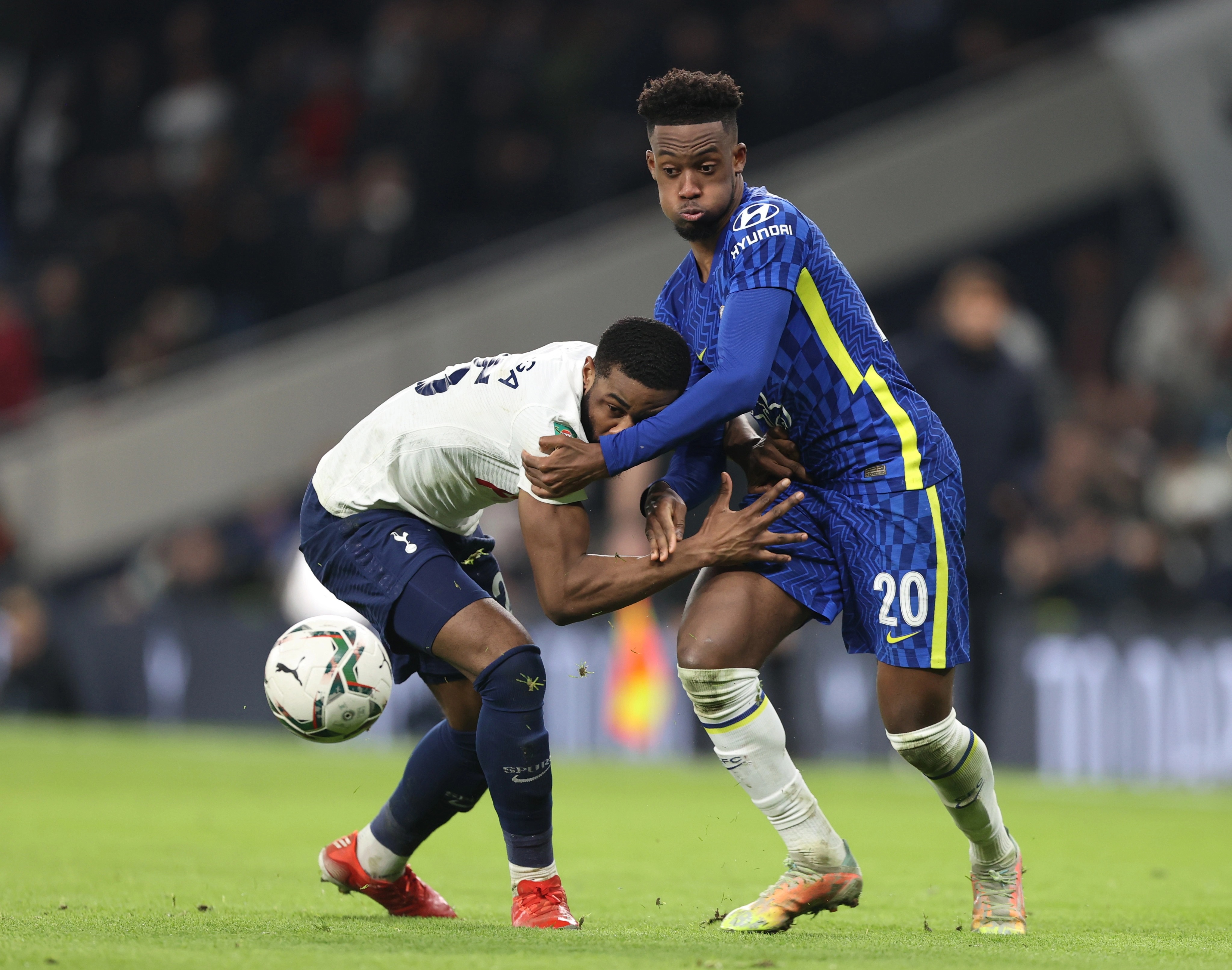 Callum Hudson-Odoi impressed as both a left wing-back and a left-winger at TottenhamCredit: Getty

But because his former student, and compatriot, Thomas Tuchel gave the interim Old Trafford boss the blueprint to play his beloved 4-2-2-2 formation.

In truth, all the damage in this Carabao Cup semi-final was done a week ago across town at Stamford Bridge.

And then just to make sure, the tie was over for good at 6.45pm – an hour before kick-off, when the team sheets were announced.

Then just in case anyone inside the Tottenham Hostpur Stadium hadn’t got the memo, Pierluigi Gollini sent the message around loud and clear, missing a punch to give Antonio Rudiger a free header for the only goal on the night.

But with this semi-final done and dusted and 72 minutes to go, it allowed Chelsea to express themselves – and the way Tuchel lined his men up was key.

Out of possession, it was a 5-2-3 with Cesar Azpilicueta and Callum Hudson-Odoi the wing-backs and Malang Sarr tucking in as a third central defender.

They pressed high and hard, forcing the hosts into errors or simply lumping it forward and finding no one but the faultless Kepa Arrizabalaga, who will return to Wembley for another Carabao Cup final next month.

But in possession – which was most of the time, 64 per cent to be precise – Sarr pushed wide to become a regular left-back, allowing Hudson-Odoi to join the attack which he did with great effect.

A front two of Werner and Lukaku kept Japhet Tanganga, Davinson Sanchez and Ben Davies occupied while Mount and Hudson-Odoi had the freedom of N17.

Sometimes one, sometimes both, would move into an inverted winger-turn-No10 role and pull the strings centrally with some intricate passing in between the lines.

At other times, one or both would get out to the touchline, stretching the Spurs defence by dragging them this way and that.

It was fluid rather than rigid, it was easy on the eye and it was 4-2-2-2 played to perfection.

But what made it possible was the personnel.

Hudson-Odoi has the speed, energy and willingness to essentially play two roles, while Mount can create either way, although tonight was not his best game.

When Tuchel made his subs, it was more of a regular 3-4-3 as Hudson-Odoi was relieved of his defensive duties due to Marcos Alonso’s introduction while Hakim Ziyech took the Mount role.

But could this variation of 4-2-2-2 actually be the way for United after all?

They do not have the quality of a duo like Jorginho and Kovacic to dominate a midfield three like Chelsea did at White Hart Lane.

And who would Rangnick get to play that crucial hybrid wing role like Hudson-Odoi?

Bruno Fernandes or Crist–? No chance. 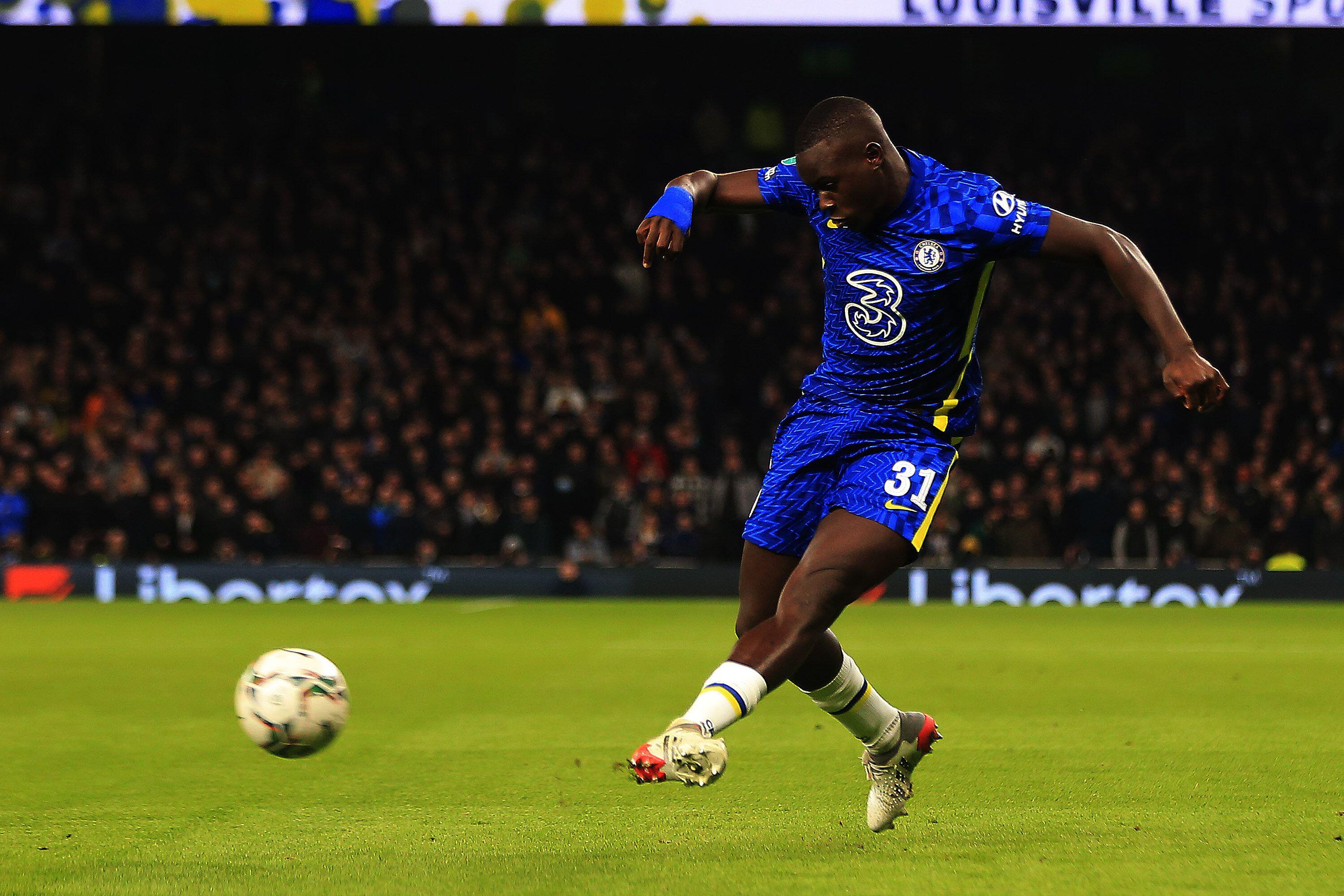 Malang Sarr joined in the attacks from left-back and even tried his luck at goalCredit: Alamy 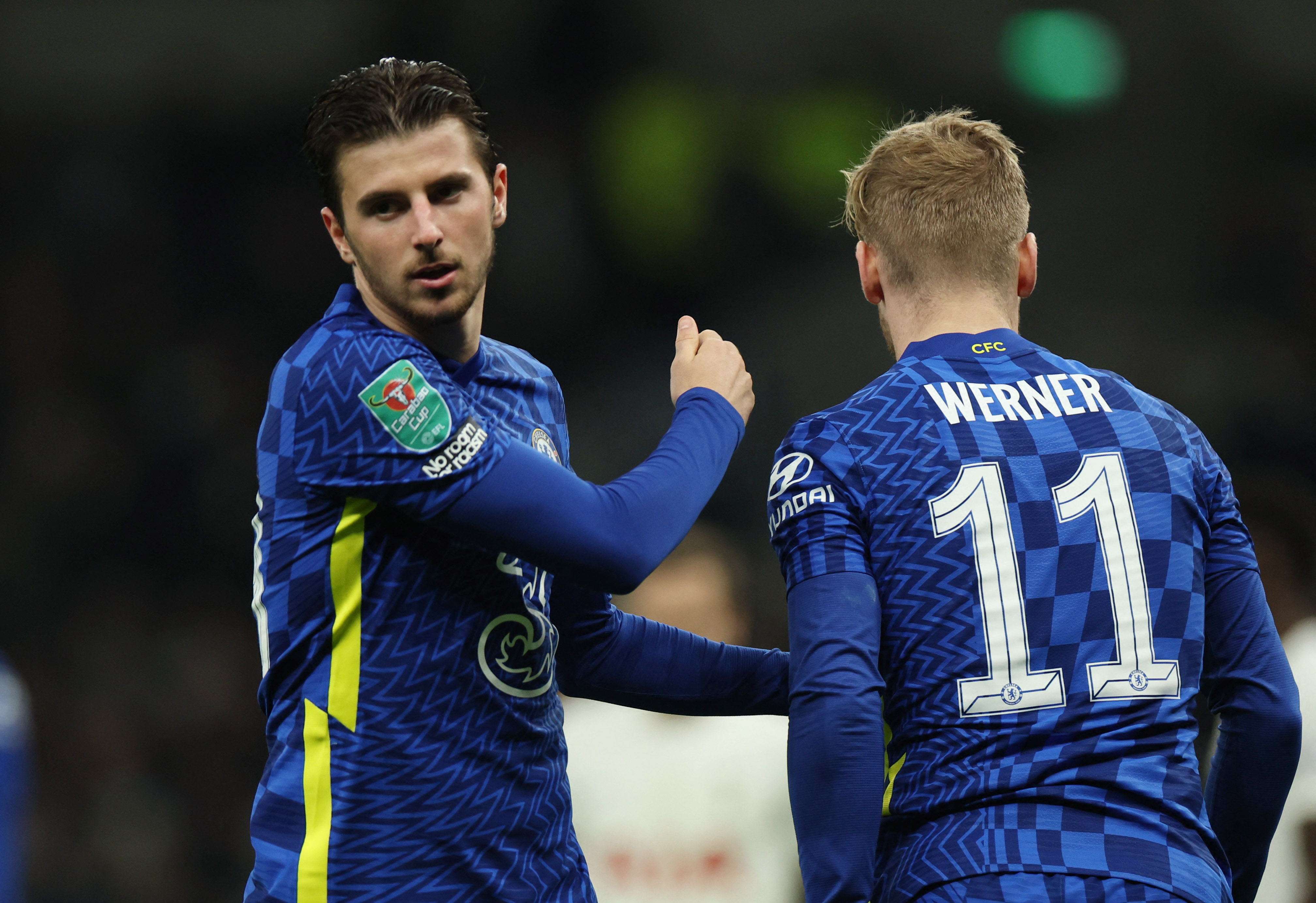 Mason Mount stayed on the right while Timo Werner rotated between a striker and left-wingerCredit: Reuters 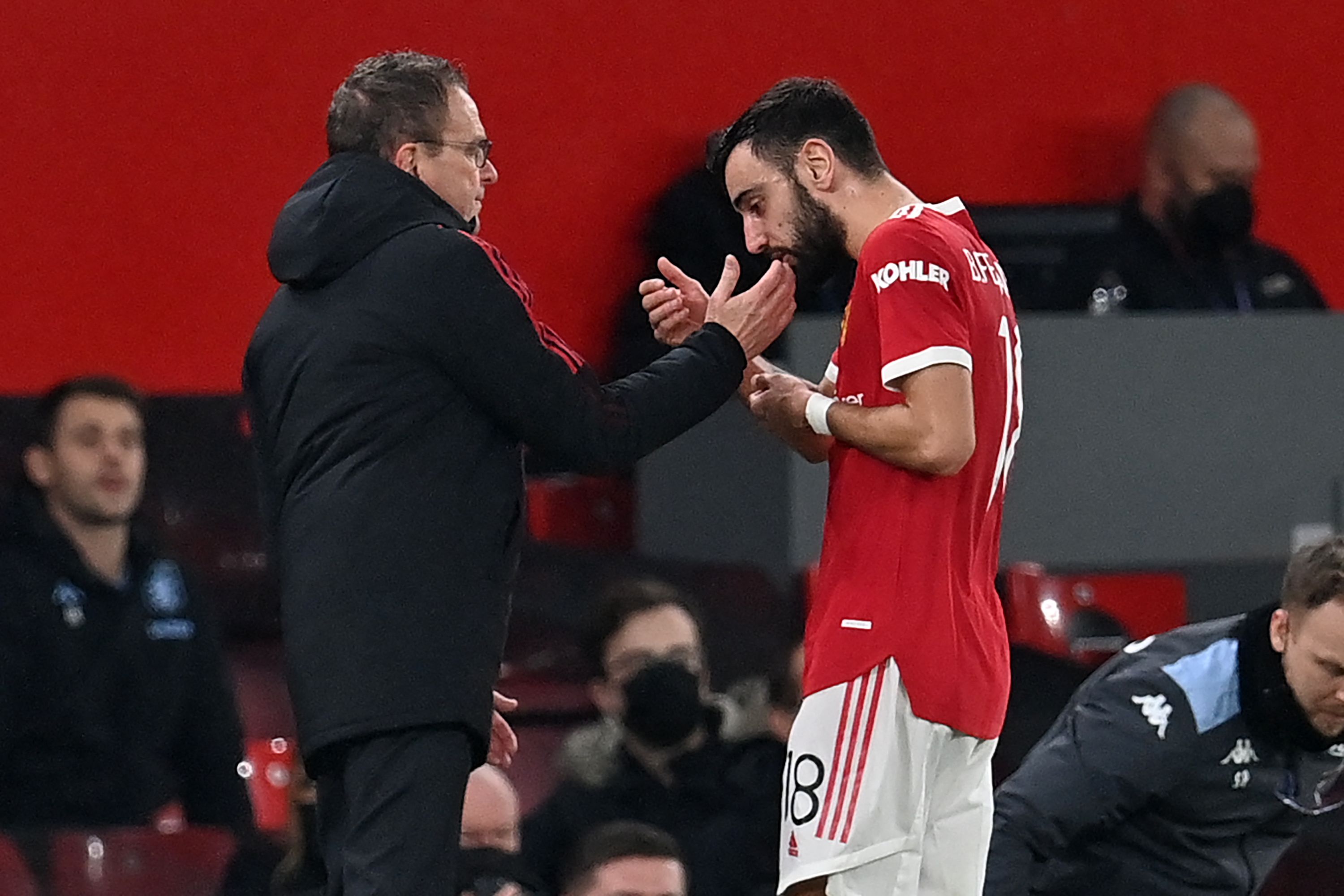