A BRAZILIAN TV chef has put Birmingham City’s fan food through the mincer – after slamming a £4 hot dog as “f***ing horrible”.

Danilo Galhardo laid into the Brum bun deal with more relish than it contained – as the hot dog was literally just a plain roll and sausage. 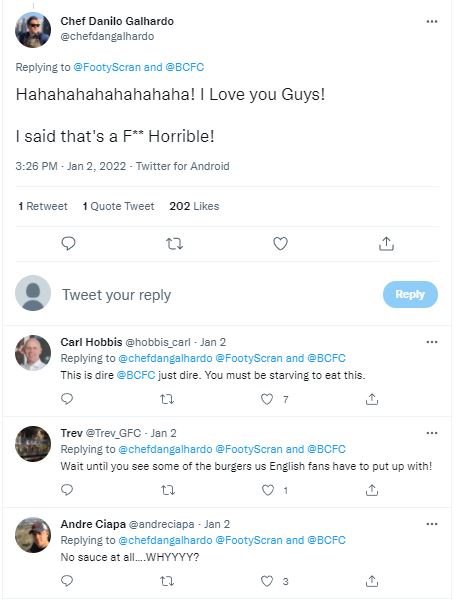 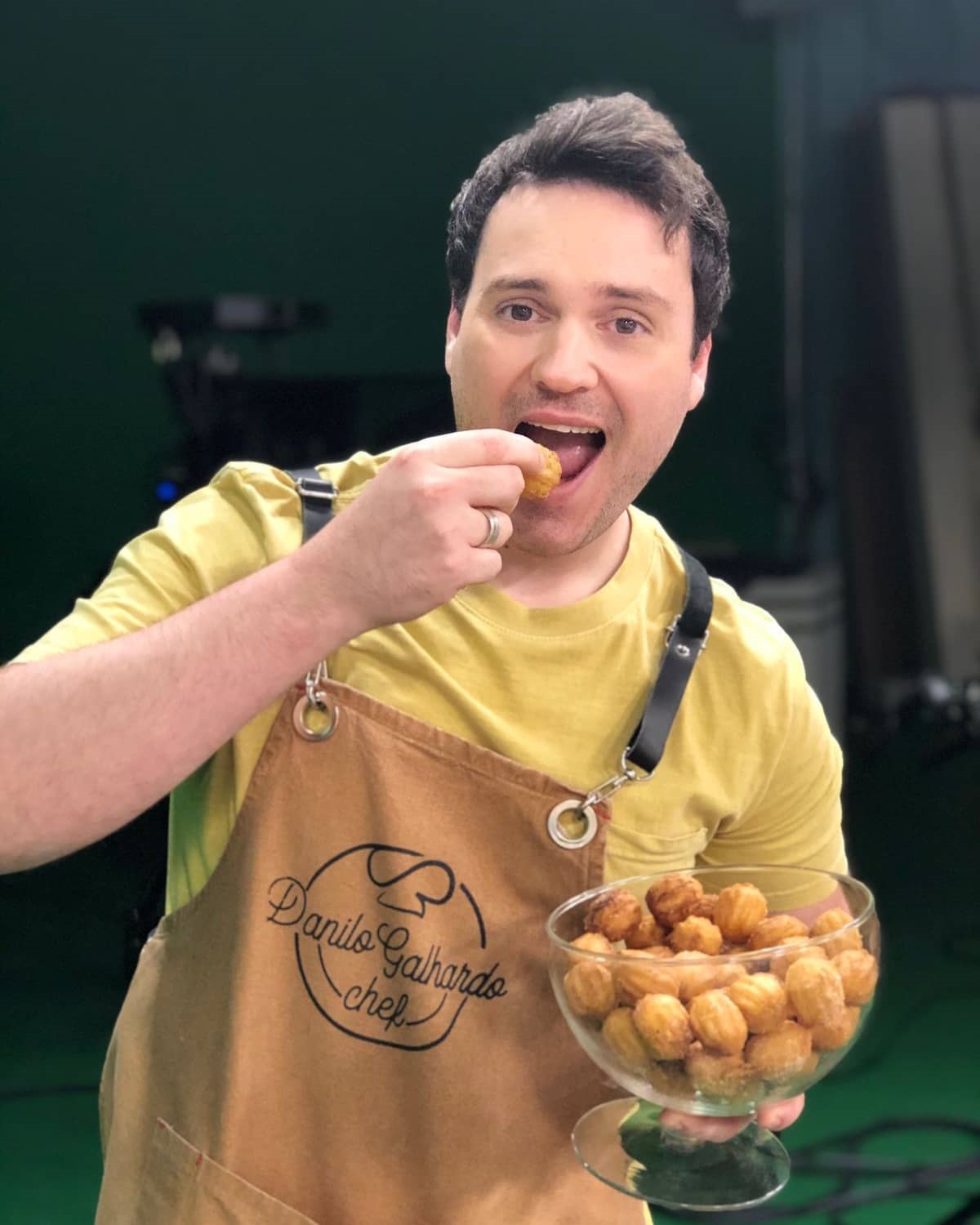 TV chef and gastronomy lecturer Danilo Galhardo lashed out at the Birmingham City hot dog but here tucks into one of his own offerings in BrazilCredit: Cozinha Amiga / TV Gazeta

And simmering discontent over the ‘meal’ on social media reached boiling point when it was contrasted with a mega serving of Brazilian football food – costing just £1.84.

Galhardo dished out an insult in Brazilian when when he saw a picture on Twitter of a supporter holding up the Blues’ hot dog.

And after being told “Not sure what that means but we probably agree”,  the gastronomy lecturer didn’t hold back from explaining in English.

One fan responded: “This is dire @BCFC  just dire. You must be starving to eat this.”

Another asked: “No sauce at all….WHYYYY?”

The heat was then turned up even more once a snap was shown of the £1.86 offering from Brazil, including fries, salad and other toppings.

One fan – admittedly with the Twitter name of Dan Bacon – posted: “That would be worth paying the £2k in flights.”

Others suggested English football food in general was sub standard.

Most read in Championship

And this post seemed to speak for a few: “Yet another on my list of reasons for not going to any live games – travel & associated costs, ticket prices, programme costs, wretched food and drink (if you can get served, stupid pricing)-happy to be a couch potato for 90+ minutes (but not listen to pundits), bye.”

Birmingham have not yet replied to a request for comment,

But sauces close to the Championship side say the Blues are disappointed to be singled out. 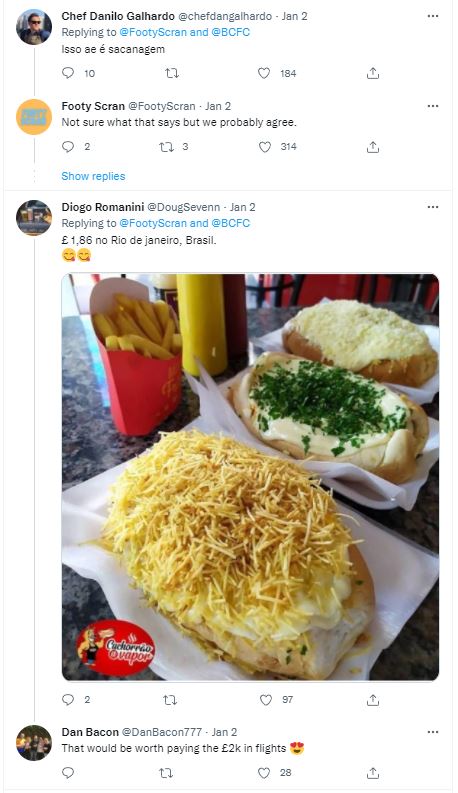