STEVE BRUCE admitted he is ‘fair game’ and told his Newcastle flops they were ‘absolute s***e’ against Sheffield United.

And Bruce warned his players that the gloves are off and it is now his way or the highway. 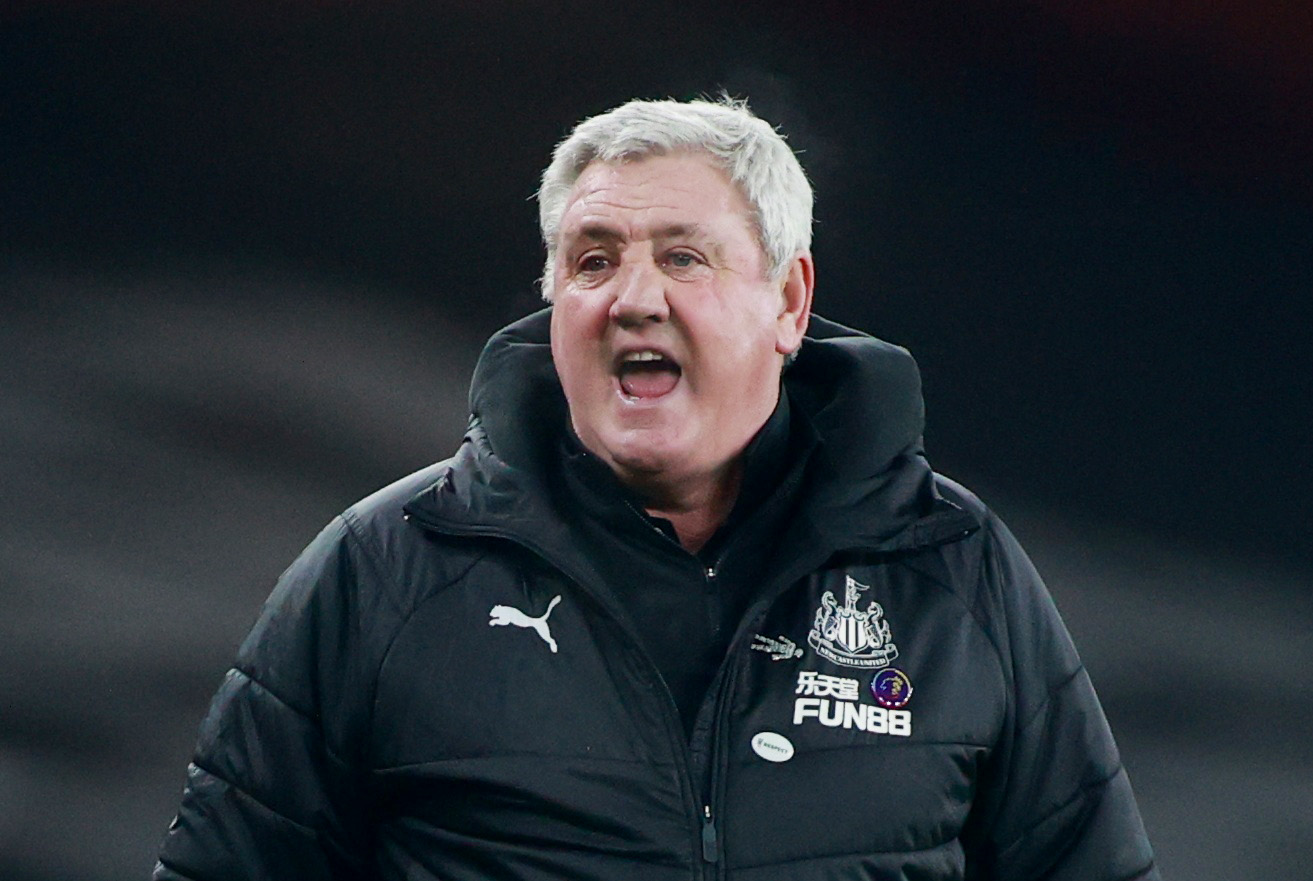 The Toon Army has demanded the Magpies boss’ sacking after their humiliating 1-0 loss at the rock bottom Blades.

Supporters are still furious Bruce went with five at the back and defensive midfielders against the side that had scored the fewest goals in the country.

The Geordie has been in his dream job for 18 months but is still yet to move on from the five-man defence used by predecessor Rafa Benitez.

The players like the system, but they have won just two of their 24 games setting up that way under Bruce.

And he said: “I’m fair game. We were absolutely frigging hopeless the other night, completely and utterly hopeless. Absolute s***e we were.

“I picked the wrong team.

“I’ve let them be comfortable but the gloves are off now – I’m going to do it my way.

“We’re certainly comfortable with the central defenders we’ve got because week in week out they’re arguably our most consistent players.

“It’s something I’ve toyed with since I’ve been at the club and, for me, to change is sometimes difficult for them.

“But I’m going to do it the way I see fit and see where we are.

“Okay, we’ve played a certain way to try to make sure we get the results that we need.

“But I’ve said from day one the way I wanted to play and haven’t done it enough. But like I say, the gloves are off now.”

Owner Mike Ashley has not been in touch but Bruce knows he is under increasing pressure.

Without a win in eight in all competitions – including an embarrassing Carabao Cup quarter-final loss to Brentford – they are creeping towards the bottom three after a decent start.

On the fans wanting him out, he added: “From day one it’s been personal.

“In some people’s eyes I was never the right choice.

“If I was a supporter, I’d be concerned as well after watching the first half on Tuesday.

“I wouldn’t expect to be reassured (by CEO Lee Charnley) after the other night. I was like everybody else and I have to take responsibility.

“But I’ve got enough on my CV to make sure I can try and slowly take the club forward. Some would argue against, which I accept.”

Whether Bruce believes the never ending criticism he receives is justified is anyone’s guess.

Having stated in today’s press conference that he did not believe all of it was fair, Bruce later denied saying so when asked by SunSport what exactly he felt was unfair.

Newcastle travel to Arsenal on Monday, and the head coach demanded his players show some pride in the black and white jersey.

He added: “I expect the players to mirror myself a little bit.

“I was never blessed with wonderful ability, and the same in management.

“But the one thing I expect is to have a reaction to it, have a bit of pride about yourself.