NO victory singalong in the Chorley dressing room this time – but they gave mighty Wolves Adele of a scare.

The Lancashire minnows have celebrated each of their scalps in this competition by singing smash hit love song ‘Someone Like You’. 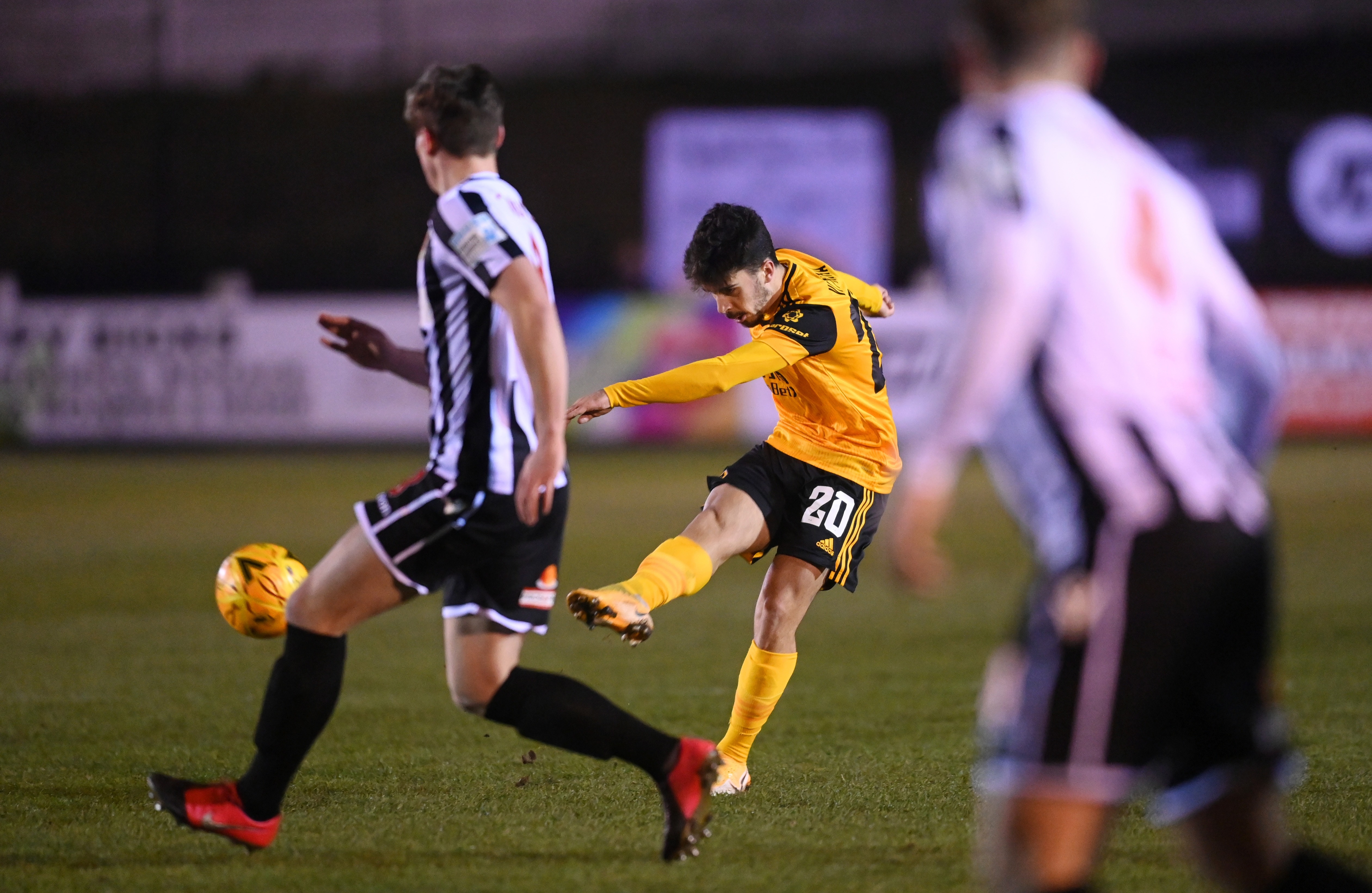 This time they saw the Skyfall in on their amazing FA Cup run – thanks to Vitinha’s first half stunner.

But the sixth tier club bow out with their heads held high after giving Nuno Espirito Santo’s men a hugely uncomfortable night.

And had Jamie Vermiglio’s men taken one of their golden second half chances and taken the tie to extra time, nobody could say they didn’t deserve it.

The Wolves goal was their only shot on target all night –with John Ruddy much busier at the other end.

Earlier in the day it had been announced that National League North would be suspended for the next two weeks.

There are doubts over whether the campaign will evenbe finished – yet the Magpies clearly did not want it to be over yet.

“I’m immensely proud. It’s a monumental moment for all of us. We were fantastic and took them all the way.” 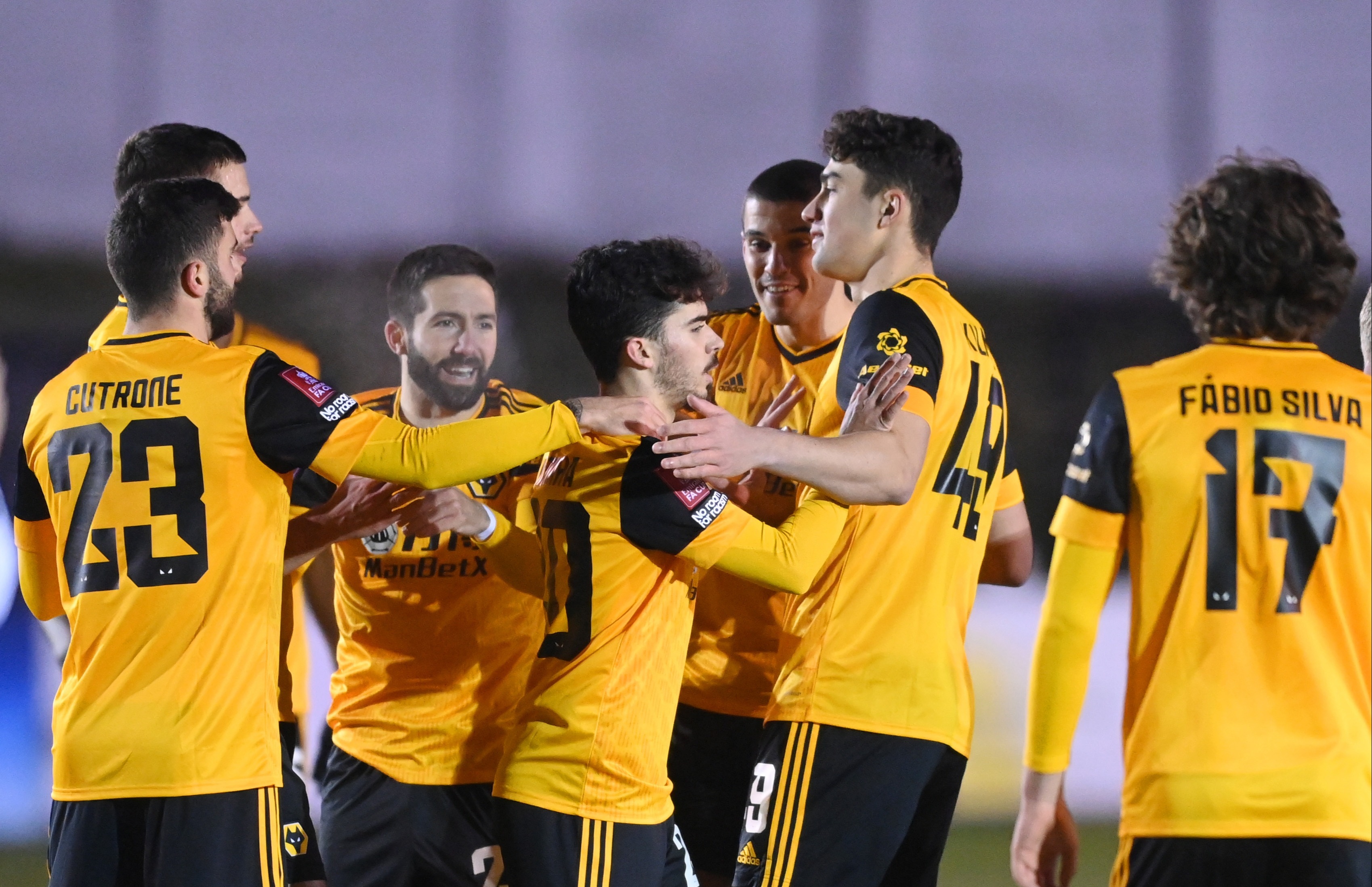 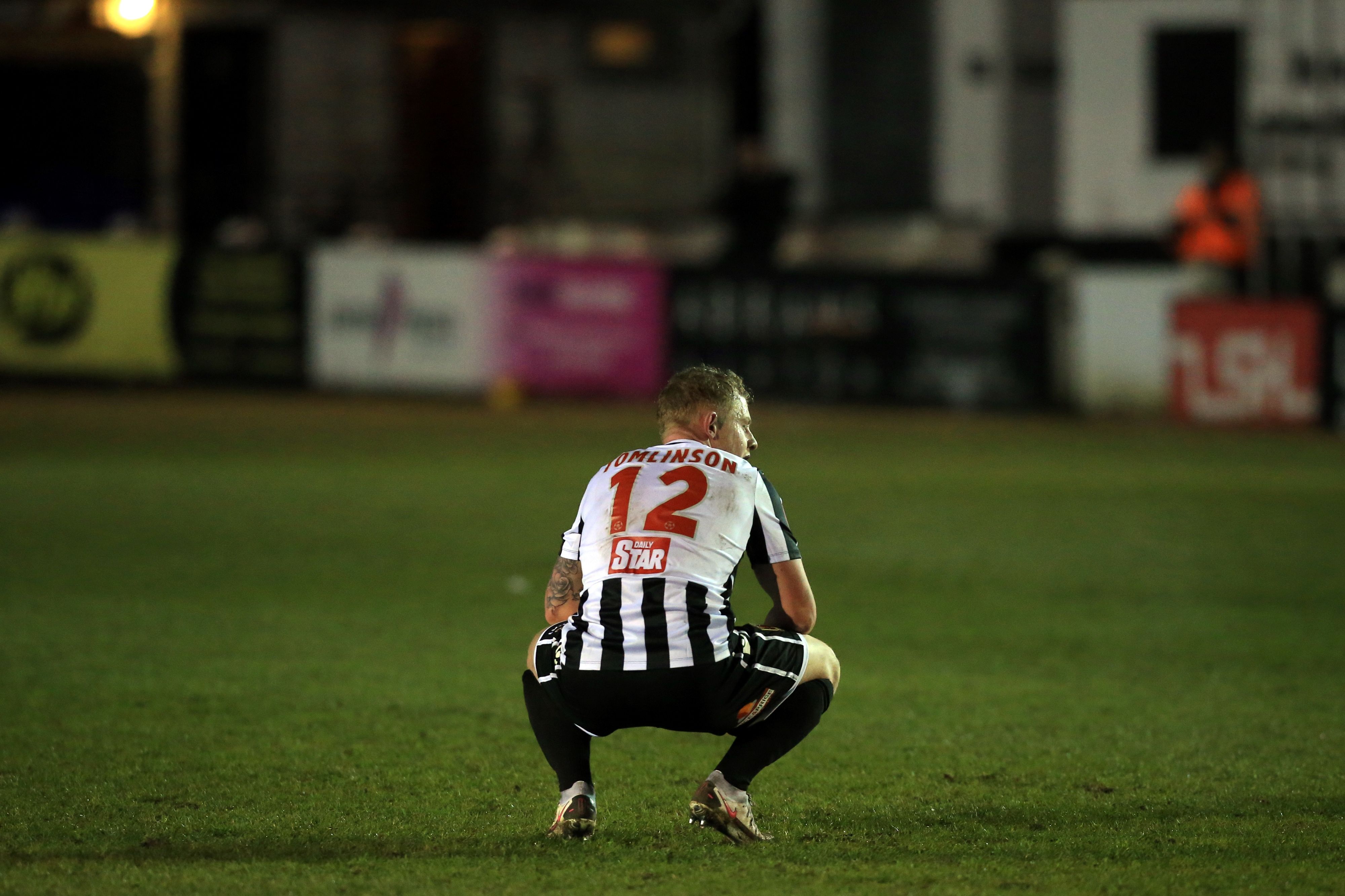 Brave Chorley gave it their all but they just fell shortCredit: AFP or licensors

To get this far they had to go through six rounds – one of them a bye – to reach this stage – beating Wigan, Peterborough and Derby.

Until this season, their most famous FA Cup scalp came against Wolves – who they beat at the third attempt back in 1986.

Much has changed in the meantime with the two clubs now 109 places apart in the football pyramid.

Yet Nuno paid Chorley a big compliment by going with a strong line up – which cost more than £90 million to assemble.

Their bench was worth a similar figure – a sure sign that the Molineux boss wasn’t overly confident about this one.

And the home side made a promising opening with Harry Cardwell nodding down for Elliot Newby, whose low shot was saved by John Ruddy.

The visitors needed a goal to settle their nerves and midfielder Vitinha provided it in stunning fashion on 11 minutes.

He collected the ball from a throw in and as the home side stood off him he tried his luck from 35 yards, sending a shot twisting and looping over Matt Urwin. 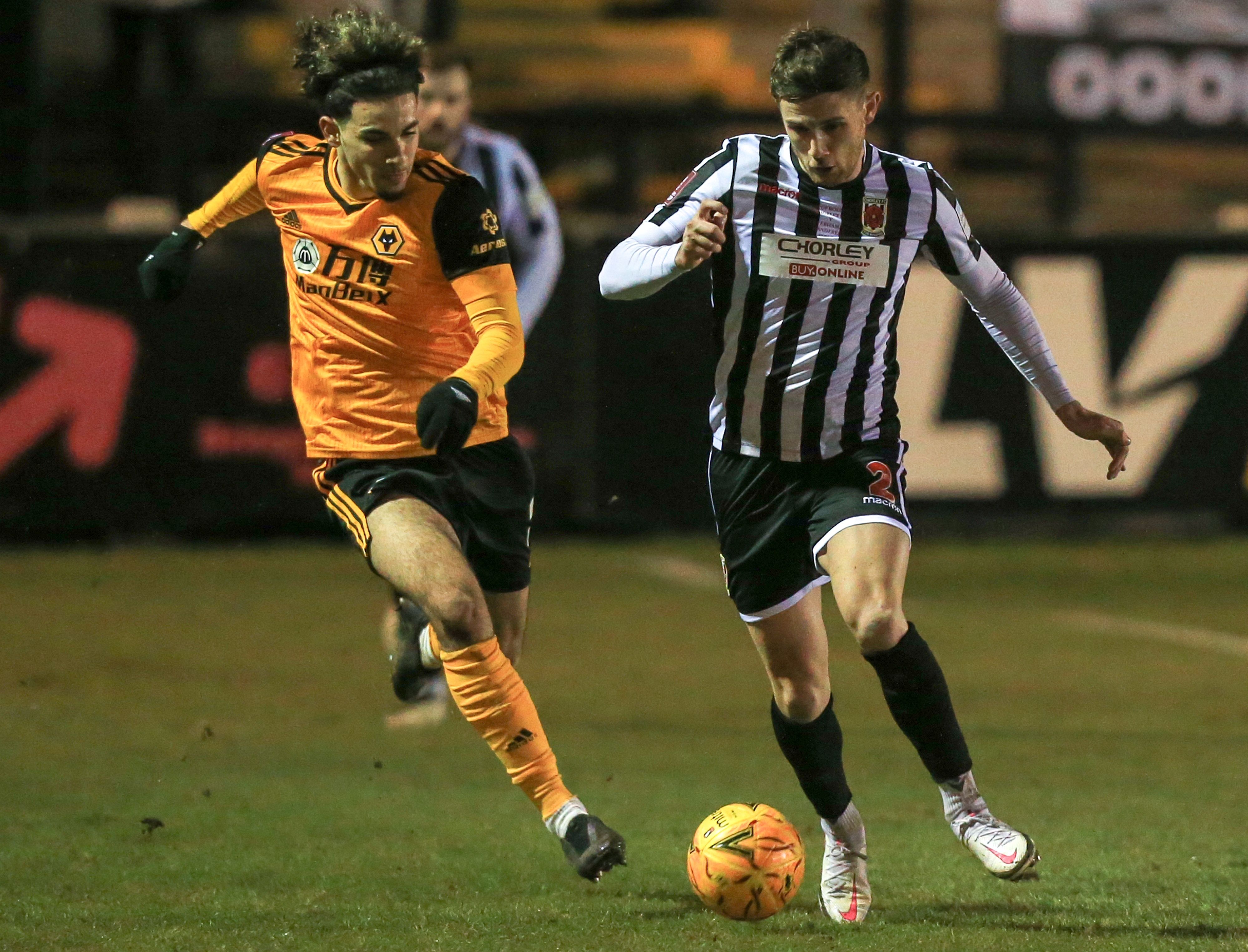 Wolves put out a strong side but they flattered to deceiveCredit: AFP or licensors 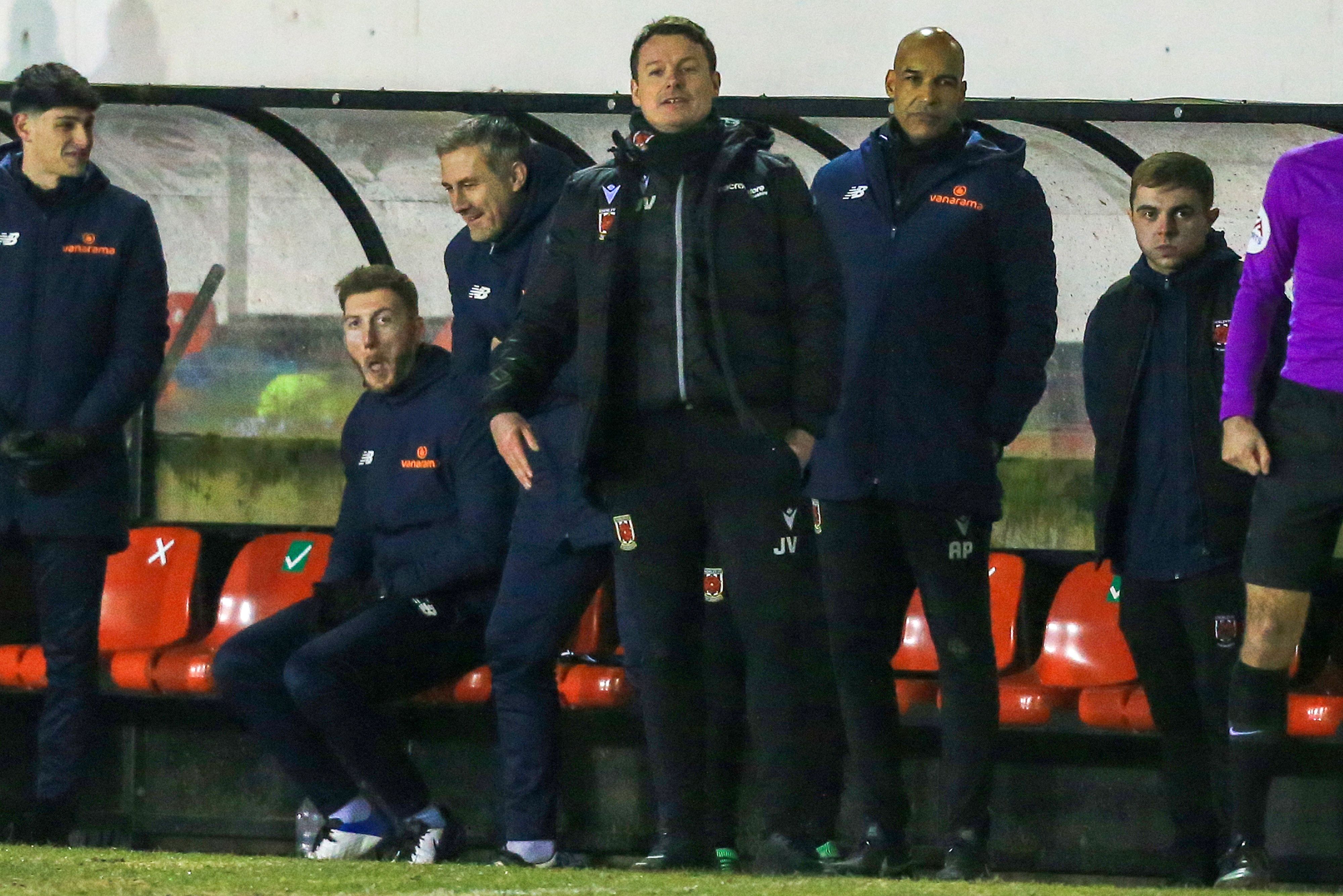 Not a bad way to get his first goal for Wolves for the Portugal Under 21 – even if the surroundings were not quite what he imagined.

In a half of very few chances, the Lancashire side had held their own and could be well pleased with their performance.

They were almost rewarded for their efforts within minutes of the re-start as Ollie Shenton crossed from the left for Connor Hall.

The striker, who scored in the first and second round, got his header in but Ruddy managed to keep it out.

Hall then sent a volley over the bar after a great run and cross by Arlen Birch – but the home side were beginning to fancy this.

A towering back post header by Andy Halls forced Ruddy to make an acrobatic tip over.

Midway through the second half, the Wolves boss ent on the big guns Pedro Neto, Ruben Neves and Adama Traore in a bid to finish the tie off.

It was a sure sign the visitors were rattled – but they held firm to see the tie out.

Nuno was probably keen to get home and said: “Chorley did well and it was tough. The pitch is difficult but was important we went to the next round.A win is a win.”

But this was Chorley’s night and if it does prove to be their last match of the season what a memory to see the Daydreamers from Victory Park through to the summer.

Striker Hall said: “We got the news yesterday the league is taking a two week break, if this is the last game of the season, we have done ourselves proud

“I’m sure we’ll still be singing a bit of Adele.” 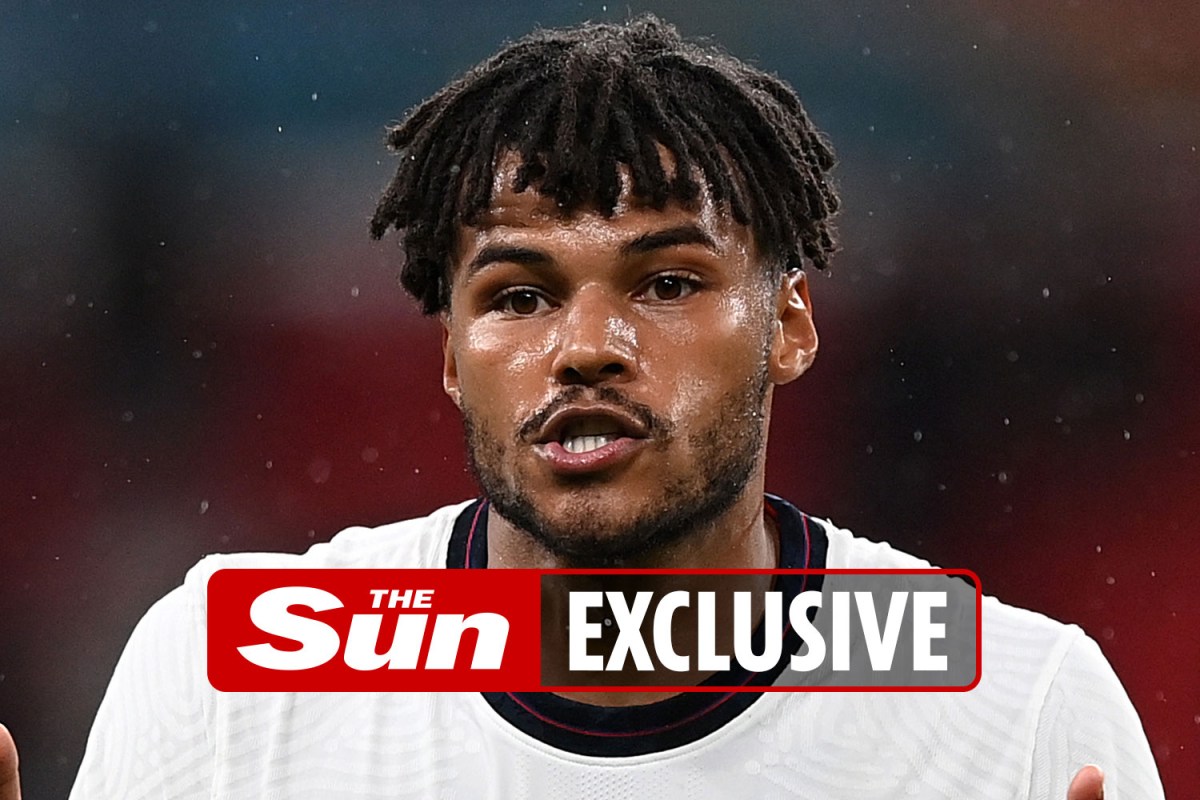