FURIOUS Neil Warnock branded Stoke a ‘disgrace’ for making his team change in a ‘pig sty’.

The Middlesbrough boss was angry after claiming his side were given a portable cabin with blocked toilets, leaky showers, no heating and fumes coming in. 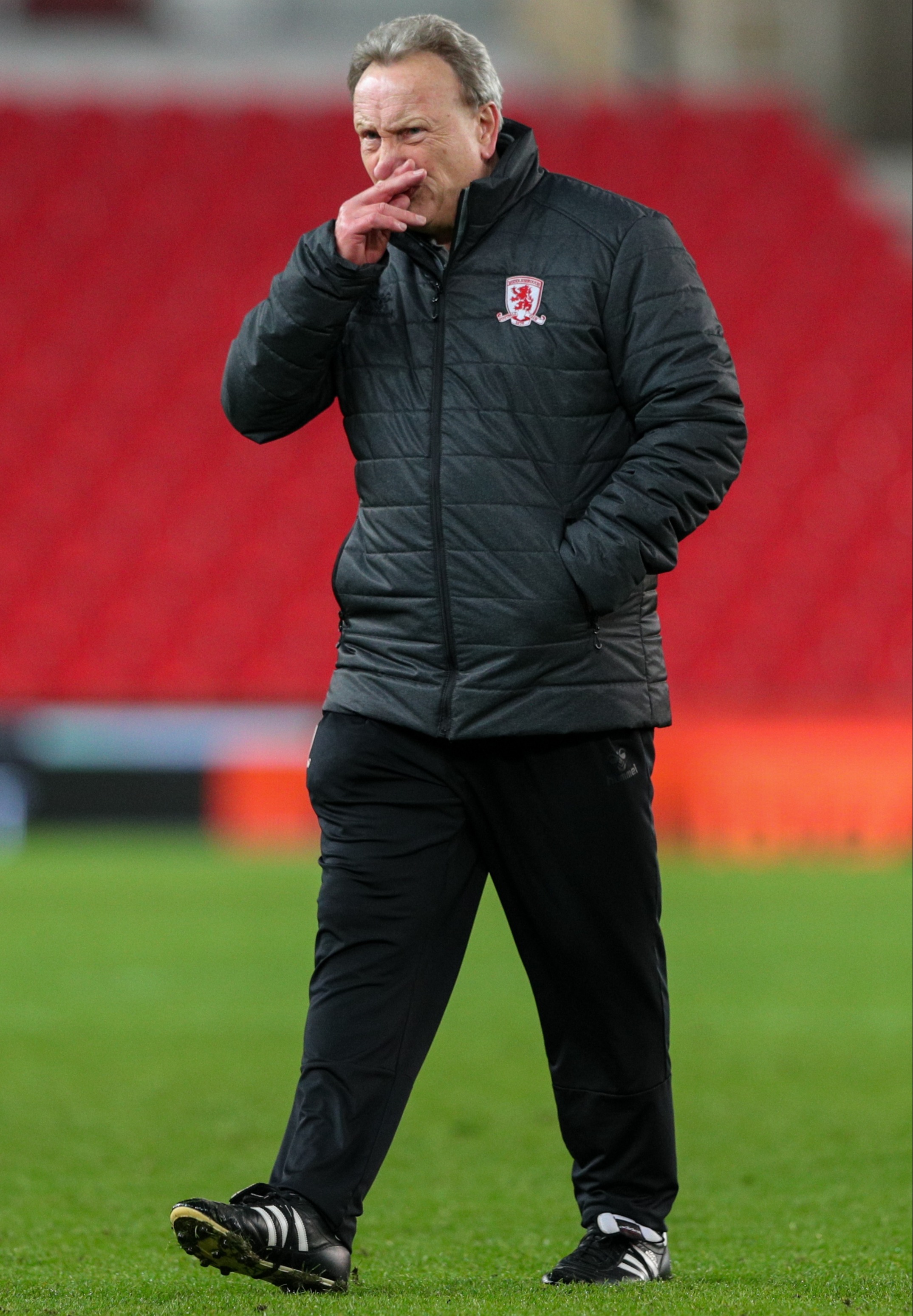 Veteran manager Neil Warnock went the full hog with his criticism of the portable cabin Middlesbrough were given at the bet365 stadiumCredit: Getty Images – Getty

Neil Warnock saw his Boro side fail to bring home the bacon after being handed what he called pig-like changing facilitiesCredit: PA:Press Association

Nathan Collins’ first half header earned Stoke the points to move them up to fifth.

But Warnock’s fireworks started at the final whistle when he confronted ref Jeremy Simpson – and had to be separated by club security guards.

Then he unleashed an extraordinary rant as he turned the spotlight on ‘out of order’ Stoke.

Warnock blasted: “We got changed in a pig sty – and the pigs would’ve run away if they’d been there.

“You can’t tell me that was social distancing, we’re so close together in a Portakabin, surely we’d be better in a dressing room.

“We give them everything at Middlesbrough, heat, it’s lovely.

“There were fumes coming in, we had to get security out, the maintenance.

That was a bloody disgrace… there’s water all over the floor… There’s no way they’ll get a dressing room when they come to our place.

“We had to ask why there were fumes and why they didn’t look at it before we arrived.

“I can’t blame the result on this, but we took some pictures.

“That was a bloody disgrace, the showers are leaking, there’s water all over the floor.

“There’s no way they’ll get a dressing room when they come to our place.

“I hope our chairman…. I’ll hire a Portakabin for them if they want.

“And I’ll chuck some water on the floor.

“My dressing room was another Portakabin, 20 yards down the road, water all over the floor. It was freezing.

“It’s out of order, I know we’ve all got a Pandemic, but when you look at the facilities we give teams I’m sure Stoke, from the Premier League, can do better than that.” 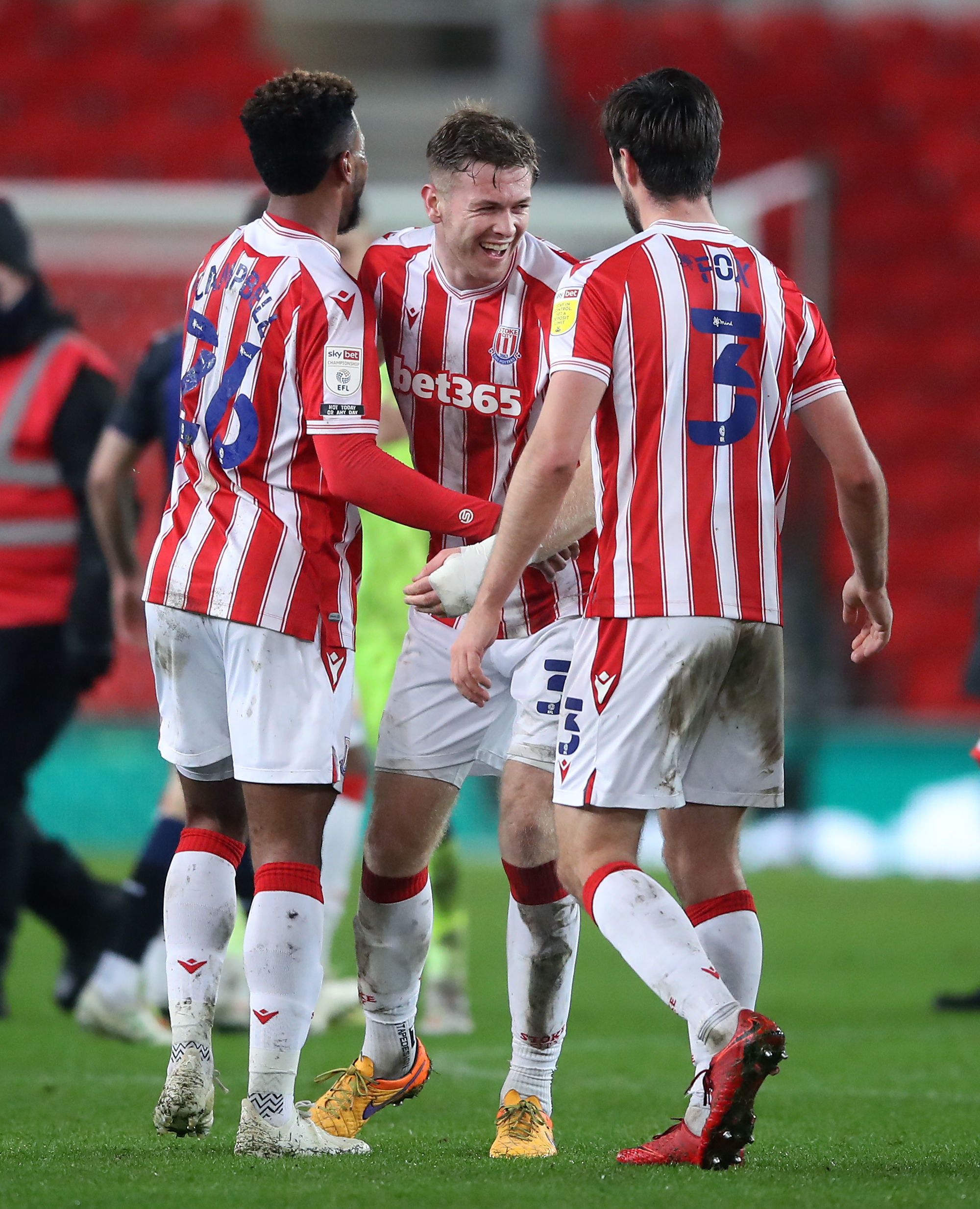 Nathan Collins celebrates a winner that was not to be snorted at because it lifted Stoke up to fifth place in the ChampionshipCredit: PA:Press Association

Warnock then explained his post-match tirade at the officials.

He added: “You’re not allowed to go into the dressing room now, with social distancing.

” I think it’s better going on to the pitch and talk to them than waiting for them in the tunnel with security guards.

“I think you get more answers, he thanked me for being so responsible.

“There were one or two things I wanted to ask him.

“Why did he book Bola, and the keeper, yet he said he warned him four times.”

I wasn’t bothered about the physical things. I think their bench was more interested in talking to the officials than us.

But the game ended with Stoke losing THREE players injured in a physical clash – skipper Sam Clucas came off after seven minutes and was joined by Danny Batth and Nick Powell.

Warnock agreed it was a bruising game but said:  “Yes, if you were a poor old Middlesbrough player.

“Early on there should have been more yellow cards issued and it became a bit of a free for all. We’re not as good as Stoke at that.”

Stoke boss Michael O’Neill was already without seven players and said: “There were three players we had to make substitutions for through challenges, but it was a competitive game.

“I’ve not seen the challenges back, you always feel at the time they might be borderline.

“We just came out the wrong side of it.

“I wasn’t bothered about the physical things, I think their bench was more interested in talking to the officials than us.”