IT was not Cristiano Ronaldo’s night as Juventus fell to a 2-1 defeat to Porto.

A disappointing performance in the 36-year-old’s pursuit of his sixth Champions League title was summed up by one hilariously clumsy moment.

If you’re chasing a game, don’t get in a teammate’s way…

Especially if that teammate is Ronaldo! ?

Alex Sandro sums up a disappointing evening for Juve ? pic.twitter.com/COou2DoQsY

As Ronaldo attempted to start an attack down the left, he was tackled by his own team-mate – and skipper after Giorgio Chiellini went off injured – Alex Sandro.

The winger had plenty of space to run into but got his wires crossed with the Brazilian, who bounced off Ronaldo as he remained rooted to the spot.

Juve fans were left cursing a rather inept performance from the reigning Serie A champions on Wednesday night.

It took just 63 seconds for Porto to lead, courtesy of an assist by Juve’s own Rodrigo Bentancur after his underhit backpass was snaffled up by Mehdi Taremi.

The Portuguese side made it two just 19 seconds after the break when Moussa Marega broke into the box to score.

Federico Chiesa struck a vital away goal eight minutes from time before Ronaldo was left incensed by a penalty shout not going his way.

In the last attack of the match, he controlled the ball around Zaidu Sanusi and hit the deck – but had his pleas waved away by referee Carlos del Cerro Grande.

Statistically speaking, it was a very quiet evening for the veteran superstar as he fired off just one shot on goal. 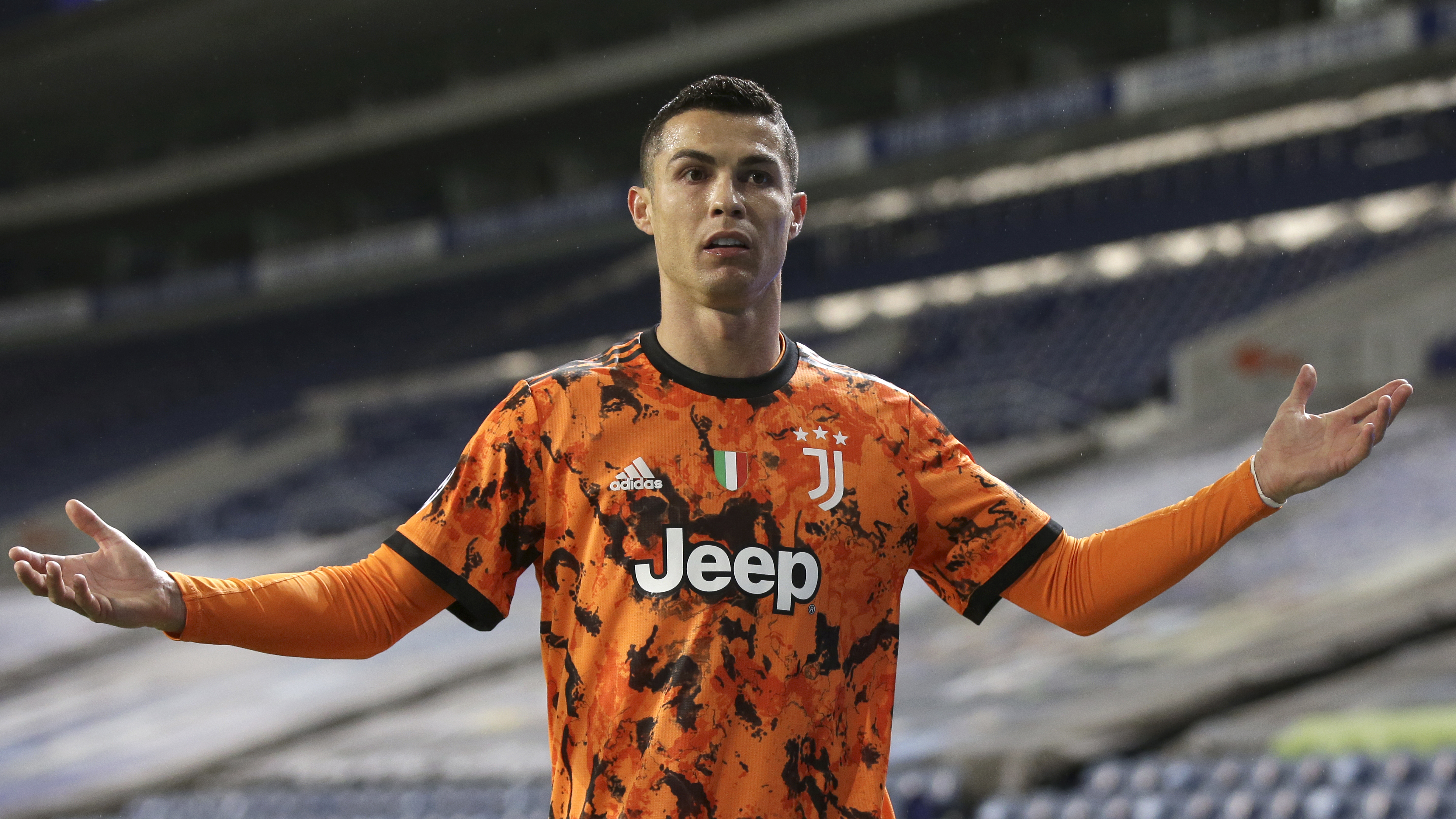 Cristiano Ronaldo suffered a difficult night at the office on WednesdayCredit: AP:Associated Press 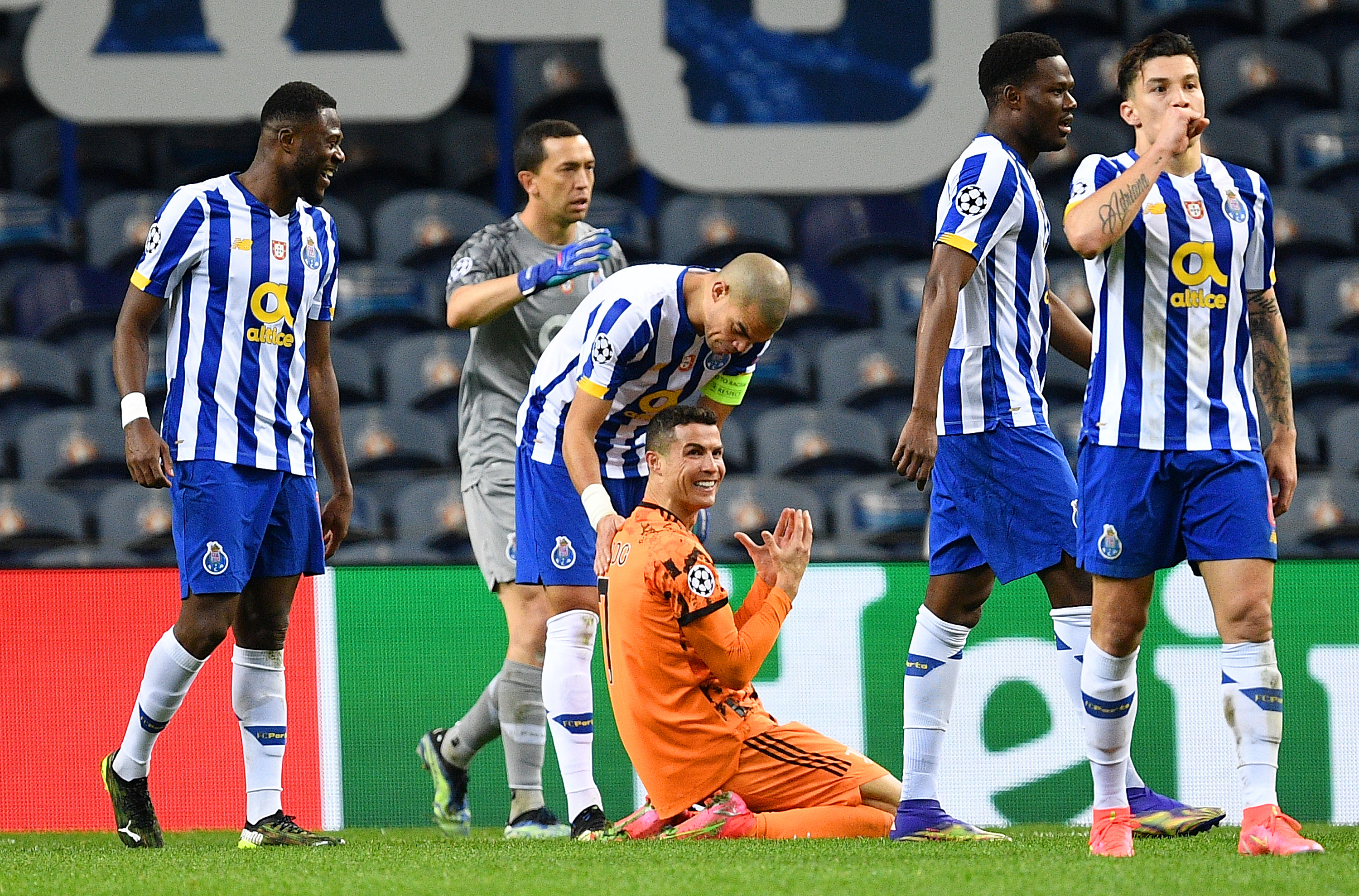 The Juventus forward was left fuming by a late penalty shout being deniedCredit: Getty Images – Getty

Ronaldo also won only nine of his 20 duels and played fewer passes than Chiellini, who was subbed off injured after 35 minutes.

When he did get going, he found his team-mates coming up short and the Sandro incident was added to by Ronaldo pinging a delightful cross to the far-post, only for no Juventus strikers to be anywhere near finishing it off.

His frustration at the failure to pick up on his pass was visible by the winger’s reaction.

No foul is given and Porto win the first leg 2-1! ?⚪️ pic.twitter.com/ehaWWw1nBR

He told Bobo TV: “[Ronaldo] scores a goal per game, it’s true, but he struggles with Andrea’s ideas.

“He’s always been a bit selfish, he doesn’t give a damn about others scoring goals, he’s the kind of player who lives to score.

“He does not live for the game, for the great match, he lives for the goal and in this moment the situation is getting worse, the years pass for us all and he is having difficulties.”