DANI ALVES showed he’s just as skilful as ever as he made his second Barcelona debut in the 2-1 Copa del Rey win against Linares Deportivo.

The 38-year-old returned to the Nou Camp in November on a free transfer, but has had to wait until the January registration to open before stepping back onto the pitch.

And he finally made his long-awaited comeback appearance on Wednesday as he helped the Blaugrana come from behind to beat the third-tier outfit.

It was the Brazilian defender’s first competitive outing for the Catalan club in 2,054 days having last played in the Copa del Rey final win over Sevilla in 2016.

Alves, who is the world’s most decorated footballer in history with 43 trophies to his name, was deployed in midfield for the clash at the Estadio de Linarejos.

The 2020 Olympic gold medallist showed some of his samba magic against the Spanish minnows with an outrageous nutmeg during the Round of 32 clash.

Barca tweeted out a video of the skill, with fans waxing lyrical over the ex-Juventus and Paris Saint-Germain star.

One user commented: “Class is permanent.”

Another messaged: “That is so awesome. He’s a great player!”

A third added: “Yesterday, he was Barca’s best player on the pitch. You love to see it!”

This supporter said: “The king is back!”

Another simply stated: “Filthy as always.”

Following Barca’s victory, Alves labelled his second debut as a ‘special gift’, before calling on his team-mates to keep on improving.

He told Barca TV: “I’m really happy. A film’s going through my mind. After everything that’s happened, to play another official game for Barcelona is such a special gift for me.

“I was enjoying myself playing with my team-mates and competing alongside them. It’s a feeling that we represent.

“We need to instil this in the team. We know there are more surprises all the time in the Copa del Rey. We need to keep improving as a team.

“I think in the end coming through, the goals came for us, and that’s what we need.” 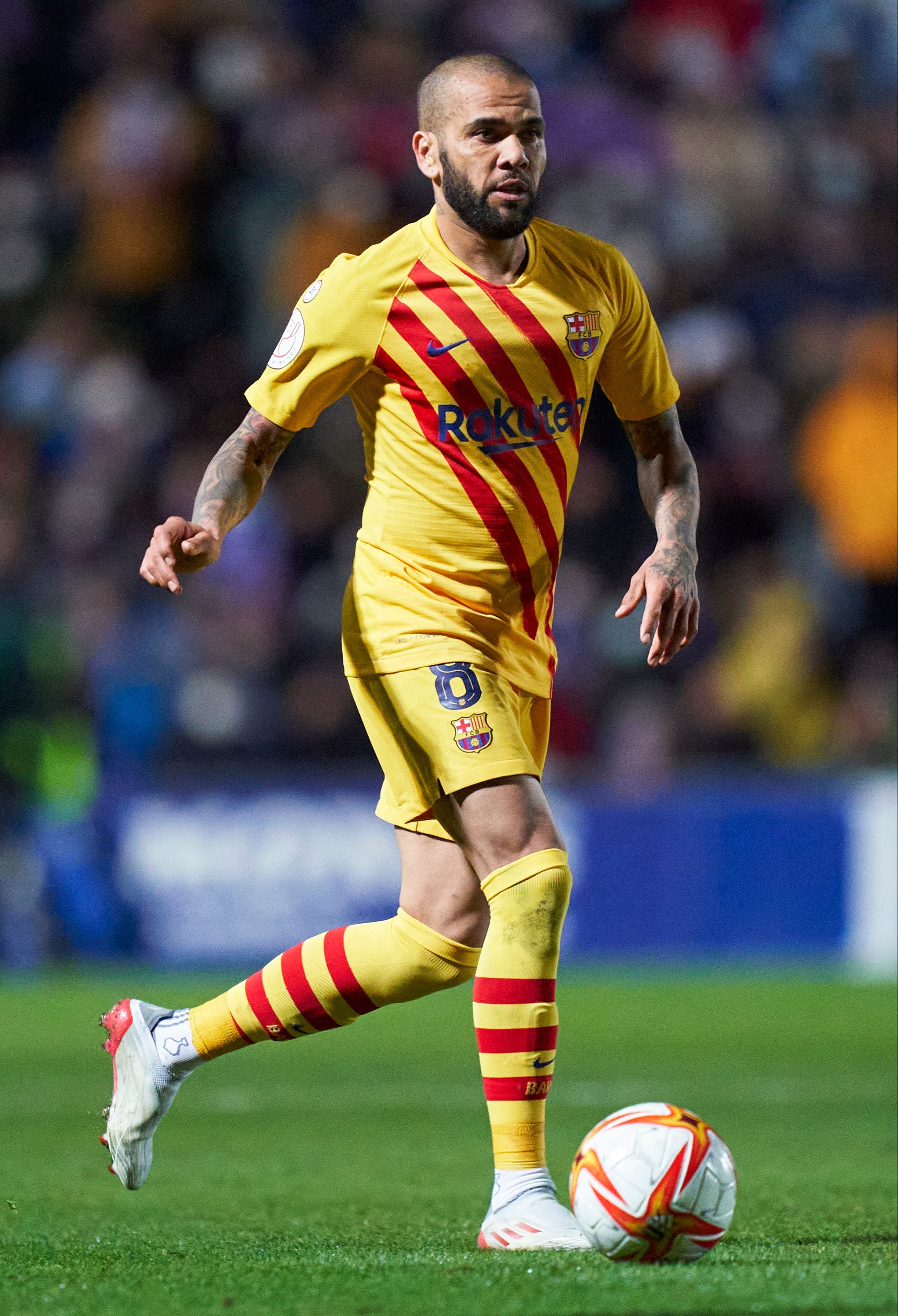 Alves made his second Barca debut on Wednesday – his first appearance in over five yearsCredit: Getty