The Norwegian, 21, produced a karate kick in mid air to lob goalkeeper Andreas Luthe and seal a 4-2 victory for his current employers.

Haaland lobbed the goalkeeper with an outrageous flickCredit: Getty 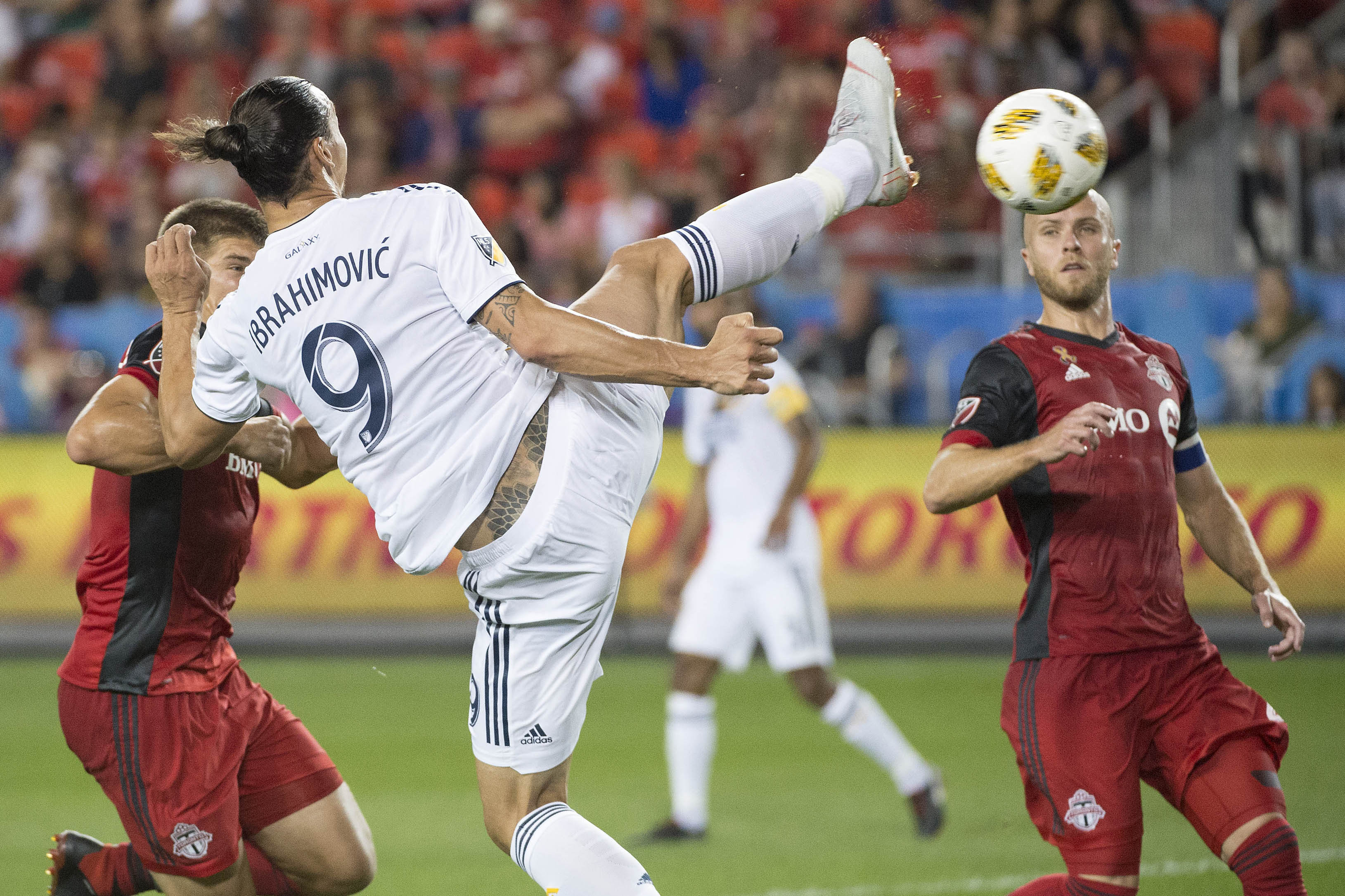 It was Haaland’s second goal of the game and many fans are comparing it to Ibrahimovic’s famous bicycle kick against England in November 2012.

One tweeted: “Everything about Haaland reminds me of Zlatan. This is what a FIFA or Football Manager regen looks like in real life. Exceptional talent.”

While another wrote: “If you combine Zlatan and Robert Lewandowski together, you get Haaland.”

And one supporter tweeted: “I don’t know what to say anymore. This guy is a genius.”

It’s fair to say Haaland has the same Scandinavian swagger as Ibrahimovic and is emulating his record in front of goal, too.

The promising striker has 68 goals in just 67 games for Dortmund since he joined the German giants from Red Bull Salzburg in January 2020.

And Ibrahimovic was nowhere near as prolific as Haaland at a similar age, scoring 48 goals in 110 games for Ajax during his early twenties.

The Swedish striker didn’t notch more than 20 league goals in a season until the 2008-09 campaign at Inter Milan – when he was 27 years old.

Ibrahimovic, of course, has gone on to more than 500 club goals in his career and continues to be prolific as he approaches his 40th birthday.

Whether Haaland can emulate the AC Milan striker’s longevity and surpass his goal tally remains to be seen – but his potential cannot be denied.

The youngster’s double against Union Berlin has lifted Dortmund up to third in the Bundesliga, one point behind champions Bayern Munich.

Ibrahimovic certainly rates his young contemporary, reportedly telling the press in August: “Haaland will be the next star of world football.

“I like his style, I like the way he plays and above all the way he talks. He’s got a great personality.

“He talks and backs it up on the pitch. That’s how a footballer should be. I really like it.”