HARRY KANE came agonisingly close to getting on the end of a Davinson Sanchez header during Spurs’ loss to Chelsea on a night of disappointments for the England man.

The forward couldn’t quite get any contact on the ball from just a yard out, when any touch surely would have seen him score.

Harry Kane couldn’t quite make contact on the ballCredit: Richard Pelham / The Sun 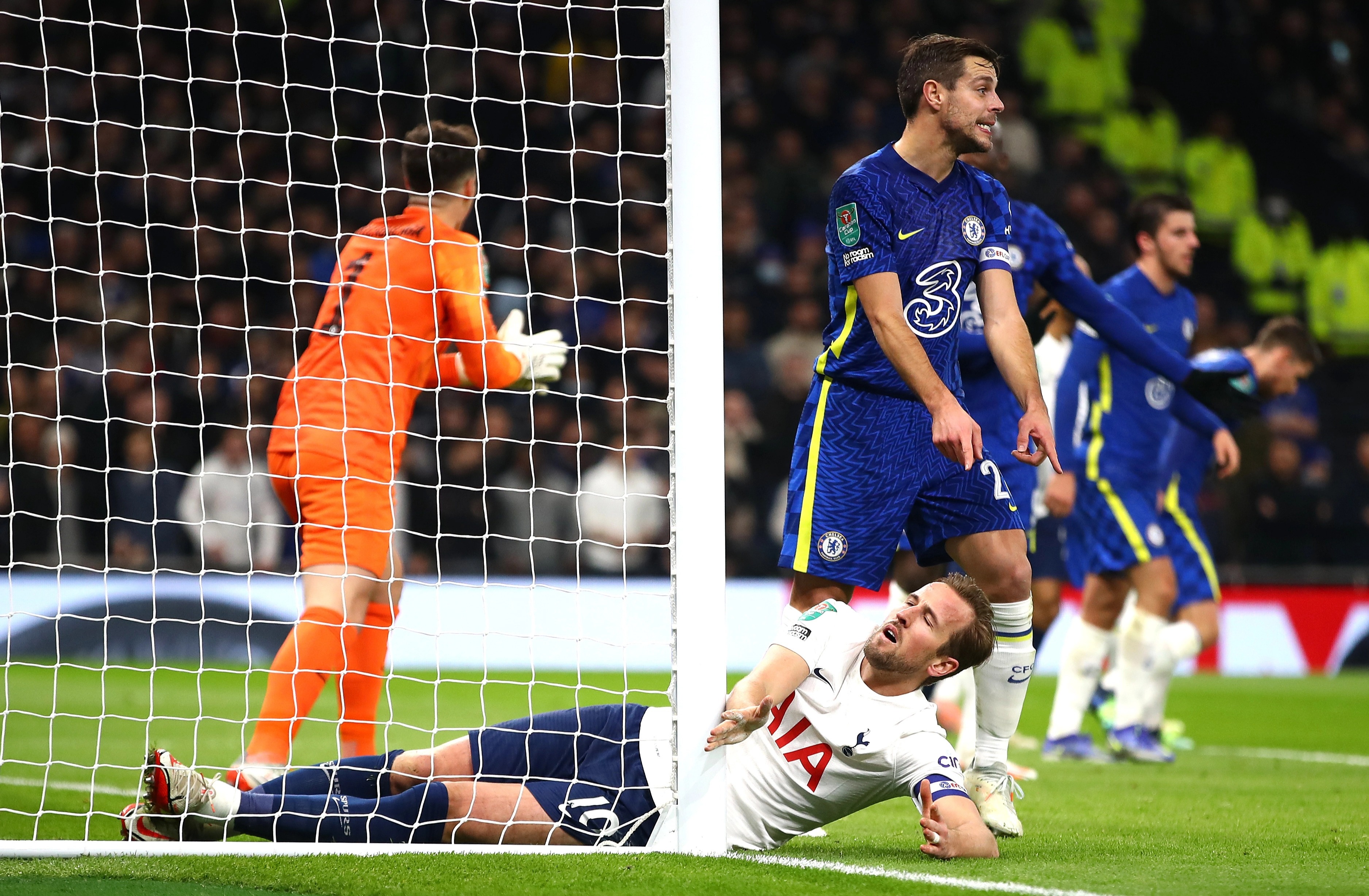 Spurs had their work cut out tonight from the get-go.

And things quickly got even tougher when Antonio Rudiger profited from Pierluigi Gollini’s terrible error to head Chelsea into a 3-0 aggregate lead.

Kane, 28, came ever so close to reducing the deficit in the 32nd minute.

Giovani Lo Celso’s in-swinging corner was nodded on by Sanchez, with Kane steaming in at the back post.

But the England captain was left with anguish on his face as he failed to make contact.

That wasn’t the last frustrating moment for Spurs.

Referee Andre Marriner awarded them a penalty on the stroke of half-time when Rudiger fouled Pierre-Emile Hojbjerg.

But it was changed to a free-kick after a lengthy VAR check adjudged the infringement to have taken place outside the penalty area.

Marriner then awarded another spot kick in the second-half when he judged Kepa Arrizabalaga to have fouled Lucas Moura.

This decision was also overturned, however, with the Spaniard having won the ball.

Kane later thought he’d finally scored what would have been his 250th career club goal.

But he was judged to have been marginally offside and the effort was chalked off. 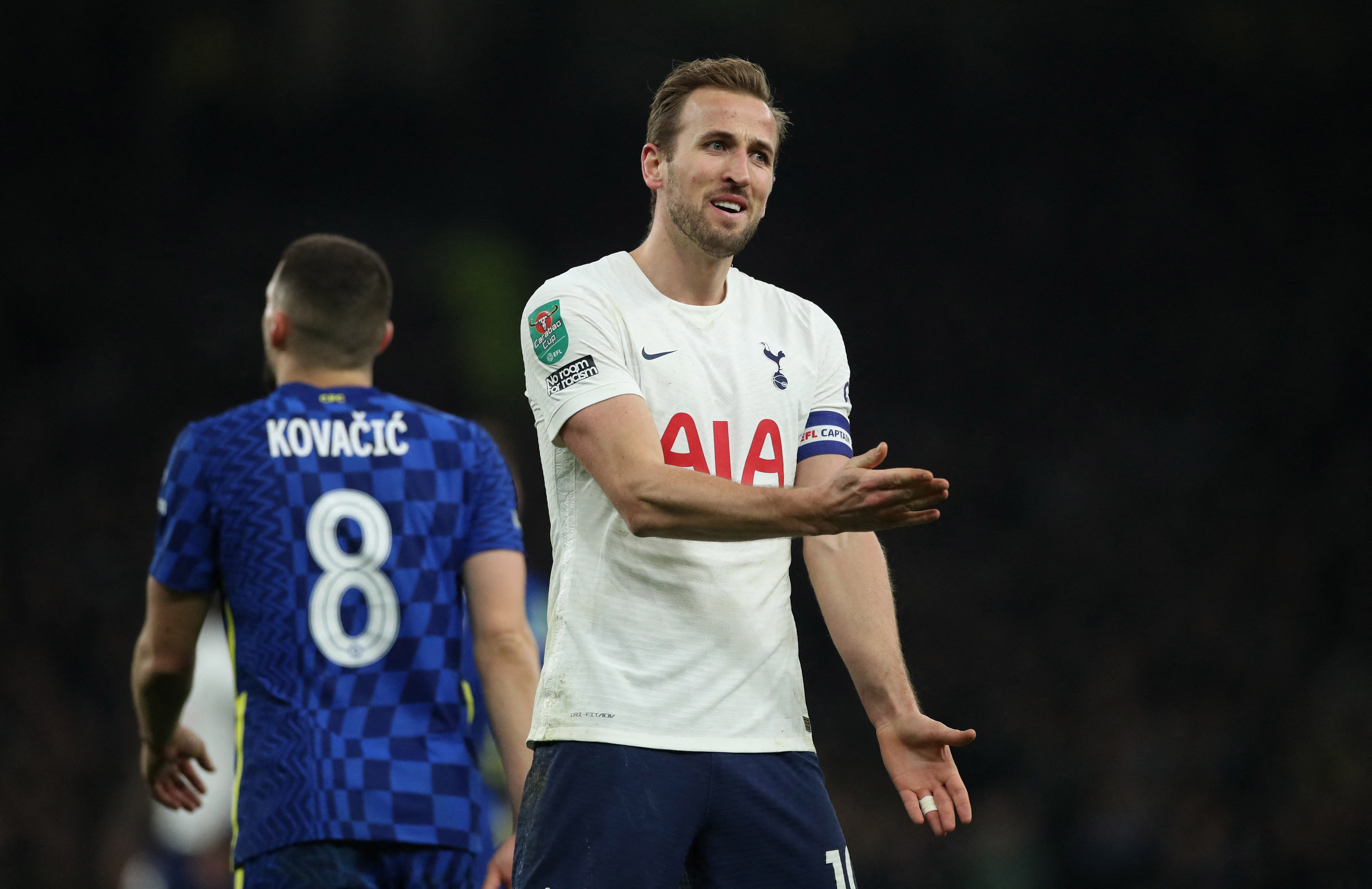 Kane, 28, thought he’d equalised only to be denied by VARCredit: Reuters