LEEDS UNITED’S slick man-to-man marking system was sunk by the one man they simply couldn’t account for – their own goalie Illan Meslier!

Actually, make that their own-goal goalie. 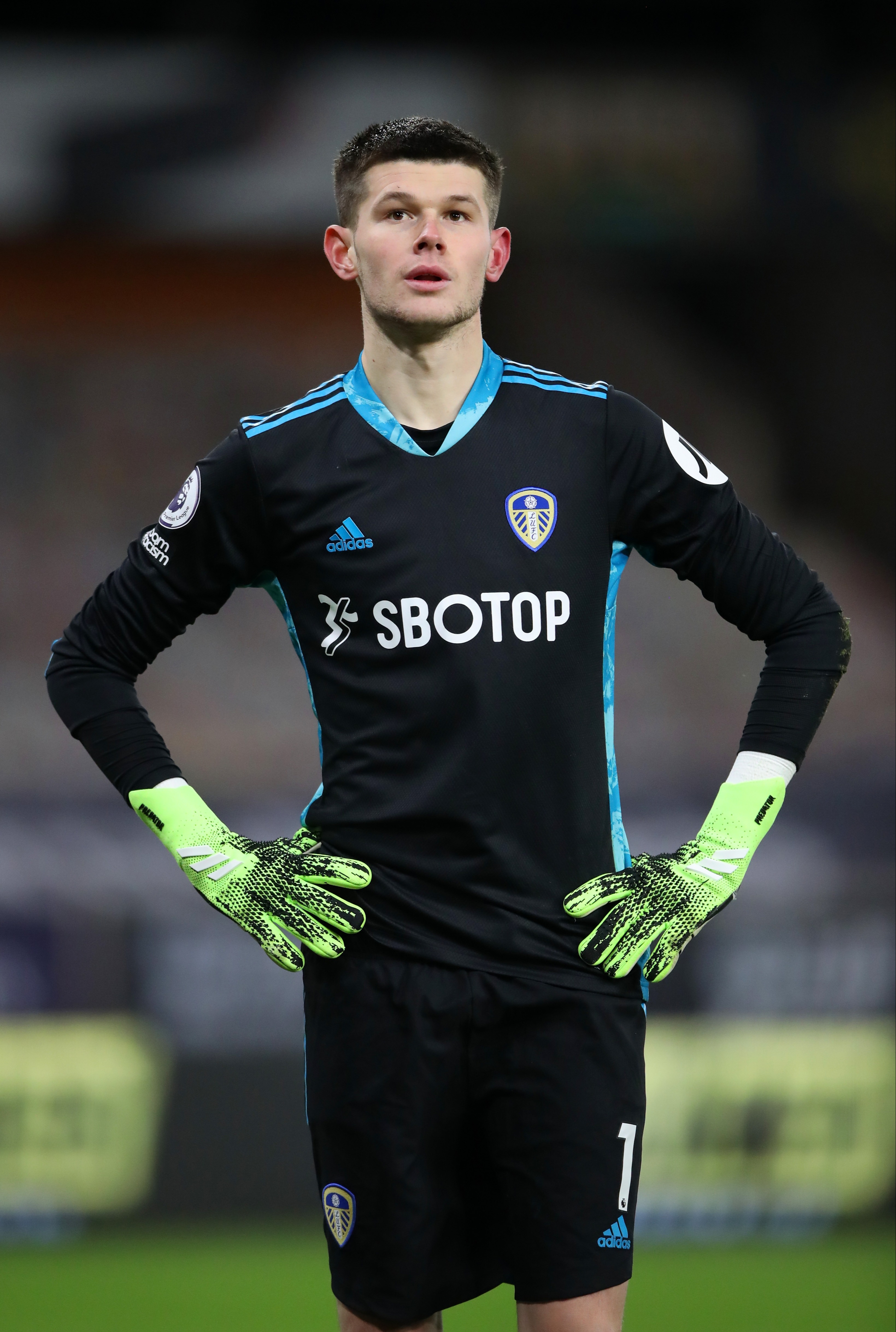 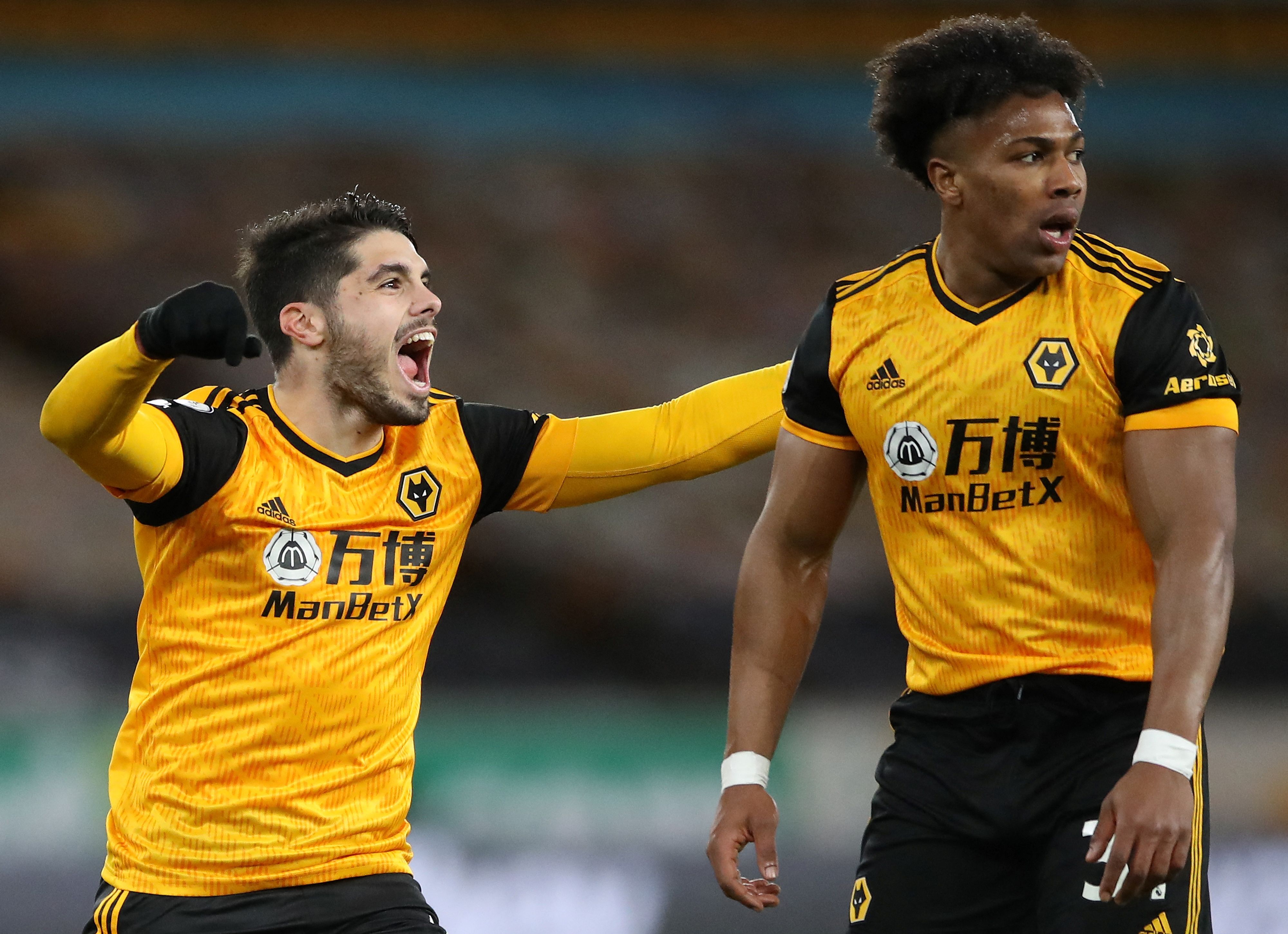 A thunderous shot from Adama Traore bounces off the bar and in off Illan Meslier ??

Nothing the goalkeeper could do about that one! pic.twitter.com/pff5O3ZjQr

Because the French stopper ended up with his name on the scoresheet as Wolves leapfrogged Leeds, without the unfortunate ‘keeper knowing a thing about it.

Unfortunately for Adama Traore, all he will have to show for his brilliance in breaking the deadlock is an assist – but he won’t be too worried about that this morning.

Nuno Espirito Santo had predicted his Spanish speedster was the likeliest man to unravel Leeds’ best-laid plans by short-circuiting their man-to-man system with his pace, power and sublime dribbling skills.

But Nuno could never have guessed just how Traore would do it.

With just over an hour played there was nothing to choose between this evenly matched pair when Traore received the ball and took off as only he can.

He shrugged off one white shirt then took on poor Pascal Struijk who didn’t stand a chance an earthly as he dipped his shoulder to cut inside him.

Then from 25 yards Traore unleashed a venomous shot which Meslier couldn’t get near at full-stretch, despite a heroic effort.

For a moment Leeds thought they had escaped as the ball crashed off the crossbar – only to bounce back off the back of Meslier’s head to ricochet into the back of his net.

Yet Marcelo Bielsa must have thought he had pinched a point 13 minutes later – thanks to his personal Man Friday.

Because when it comes to a Friday night, 27-year-old Patrick Bamford usually knows how to party.

In his five previous matches on a Friday Bamford has bagged an astonishing six goals to get his weekend off to a flyer.

And the in-form striker thought he had hit back when he sprinted clear of the Wolves defence to expertly bury the ball high past Rui Patricio after 77 minutes.

However VAR agreed with assistant ref Nick Hopton, who performed miracles to spot the close call with his naked eye as Bamford was judged fractionally offside.

Nuno Espirito Santo had warned his players about Leeds’ ability to draw even the most disciplined of opponents into a basketball match, with one team attacking, then the other. 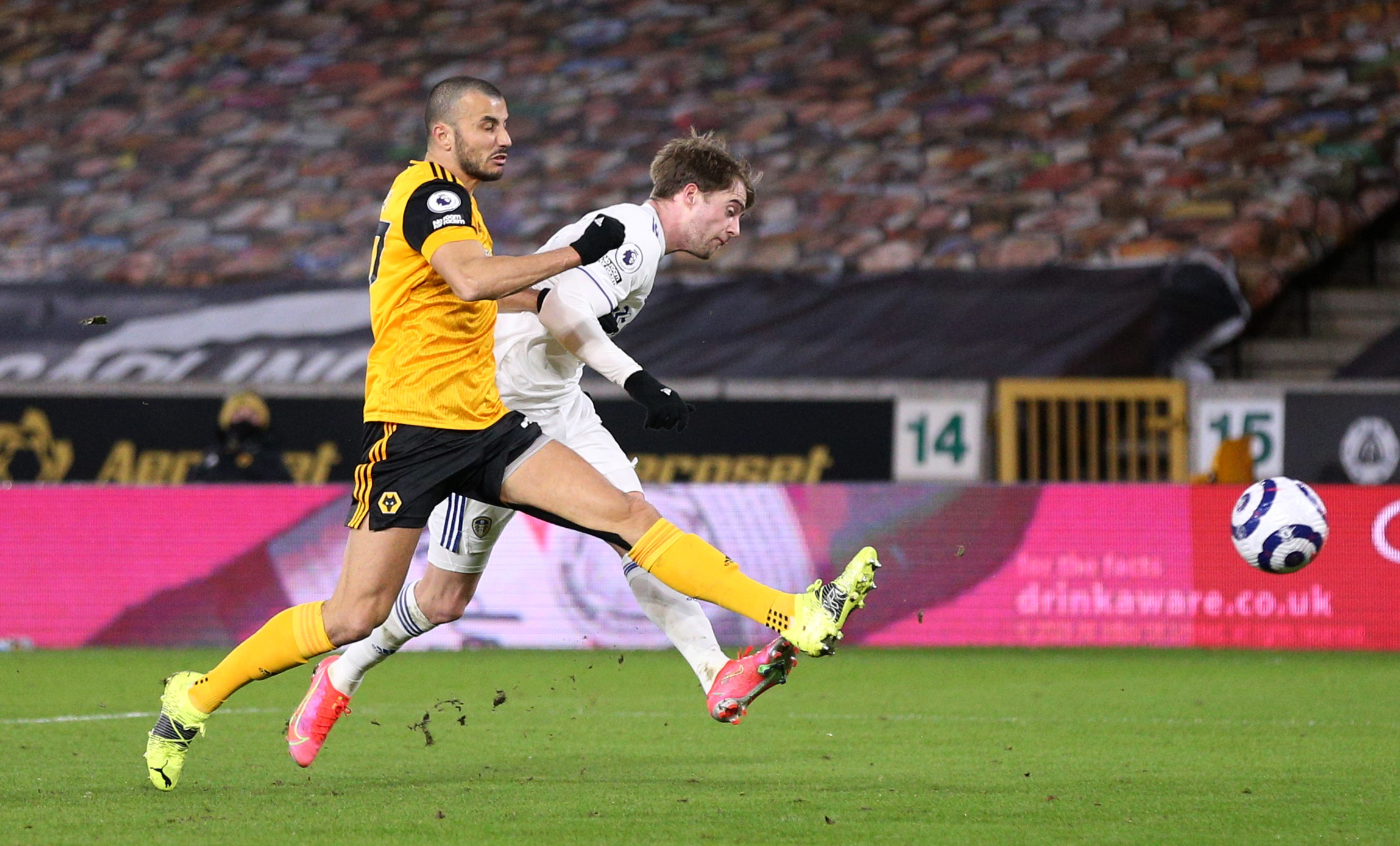 Patrick Bamford had the ball in the net but it was ruled out for offsideCredit: Reuters

And that’s exactly what we got as both sides took it in turns to test the other’s defence throughout this brilliantly entertaining 90 minutes.

Traore made the difference in the end but earlier it was his tiny teammate Pedro Neto who ran the show.

Apparently Pedro’s mum had told her kid she wanted to see him have more shots at goal.

Clearly the 20-year-old is a good son, because he did exactly as he was told and he was head and shoulders above everyone else on the park for most of this contest. 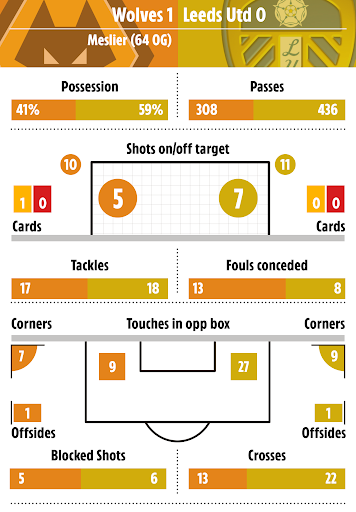 Yet early in it was the visitors who threatened first when Tyler Roberts played in Bamford but the striker’s shot was blocked by Saiss who had spotted the danger and reacted to it swiftly.

At the other end Wolves tested Meslier for the first time when Neto’s corner was headed clear and Nelson Semedo seized on the loose ball to drill in a long range shot which flew into the ‘keeper’s waiting arms.

However the Frenchman had to work a lot harder to save Wolves next attempt when Neto let fly from 25 yards and Meslier produced a wonderful one-handed save to paw the rifled shot over.

Neto was at it again when Adama Traore’s attempted shot was blocked by Luke Ayling and Neto pounced to fire in another shot which Meslier took safely as Wolves settled into their stride.

However Leeds will look back in anger at a string of missed chances.

Mateusz Klich almost embarrassed Patricio with a angled snapshot which bounced off the keeper’s near post with Patricio beaten.

And defender Liam Cooper will wonder how he never scored as Patricio defied him to somehow block his point blank header, then repeated the feat after the break to block Cooper’s net bound shot with his feet.

Traore’s goal simply provoked the visitors into wave after wave of late attacks but former Wolves man Helder Costa shot straight at Patricio’s feet, then the Portuguese goalie pawed away Bamford’s header in a desperate stoppage time double save.

For the first time in 15 games Wolves took the lead – Leeds will be scratching their head and wondering how they held on to it!