The 35-year-old lifted three consecutive Champions League titles while skipper of former side Real Madrid between 2015 and 2021. 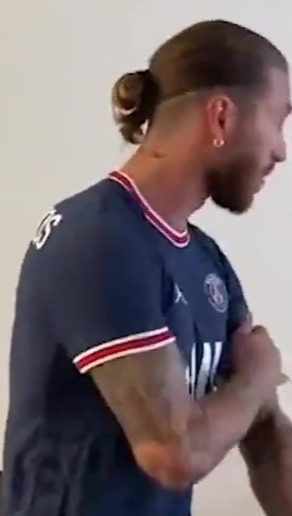 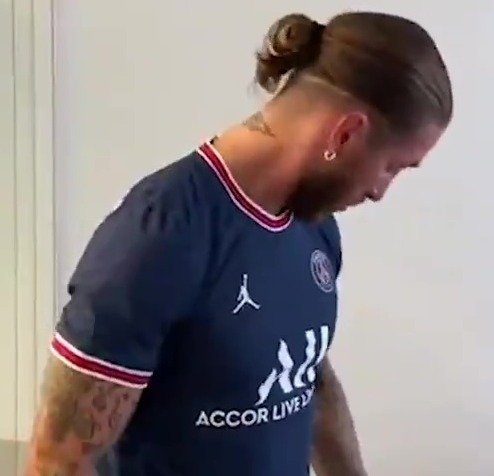 Before realising it wasn’t there

In the social media video, Ramos is wearing a PSG kit ahead of a promotional shoot for the French club.

The experienced defender stands up after tying his laces and looks at a camera – before touching his left arm, where his armband used to be.

Ramos is one of the most successful captains in Real’s history after guiding the Spanish giants to two LaLiga titles and unprecedented European success.

Los Blancos became the first club to defend their Champions League crown since the competition was rebranded in 1992 when they defeated Juventus 4-1 in the 2017 final.

Ramos became an inspirational leader for Real soon after joining from Sevilla in 2005, even though he didn’t get the armband from Iker Casillas until 2015.

Fans have been reacting to the video on social media, with one tweeting: “This hurts man.”

While another wrote: “Who is their captain? He should be captain straight away?”

The Spain international completed a move to PSG in July after his Real contract expired.

Fellow defender Marquinhos, 27, is the current captain at the Parc des Princes after succeeding Chelsea star Thiago Silva in 2020.

But the skipper has had his fair share of injuries during his time at PSG and it’s likely Ramos will stand in for him on occasion this season.

Mauricio Pochettino’s side have been busy in the transfer market after losing their Ligue 1 crown to Lille last term.

Liverpool midfielder Georginio Wijnaldum has also joined PSG on a free transfer – and so has AC Milan goalkeeper Gianluigi Donnarumma.

And the French club have opened the chequebook, signing Chelsea target Achraf Hakimi from Inter Milan for a reported £59million.