The French midfielder, 28, smiled at Hammers fans as they shouted expletives before Michael Carrick dragged him down the tunnel. 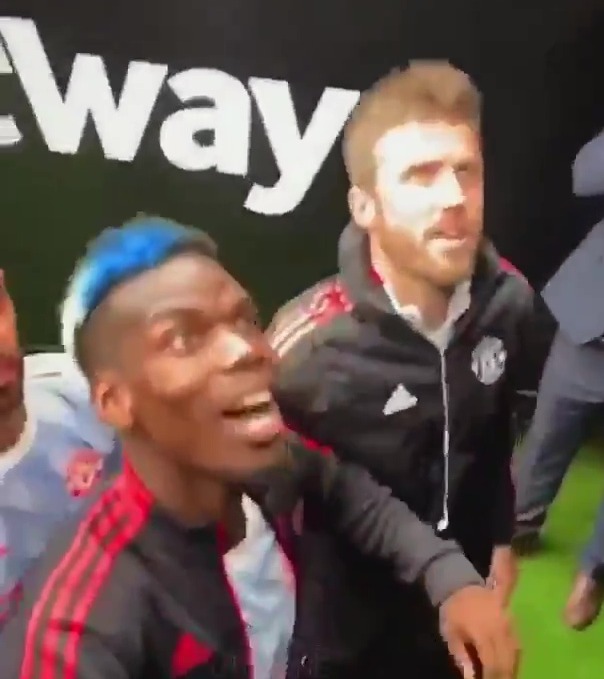 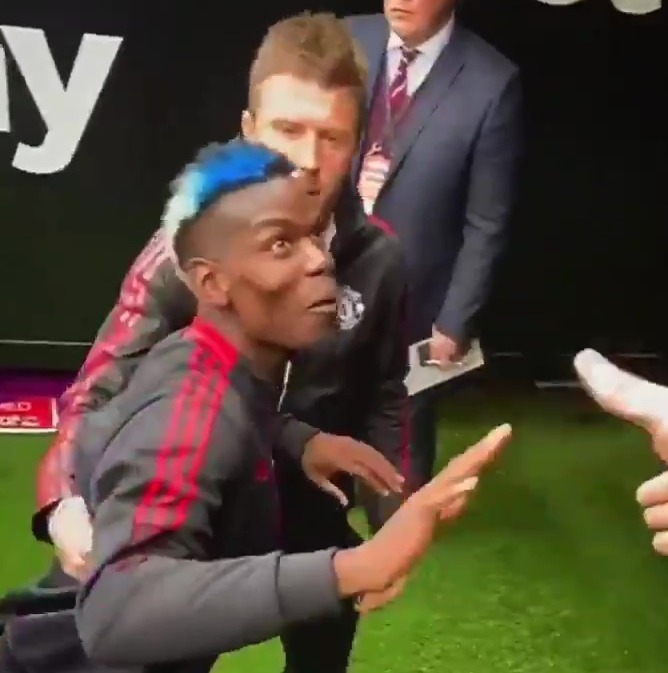 Carrick was keen to get Pogba out of the situation 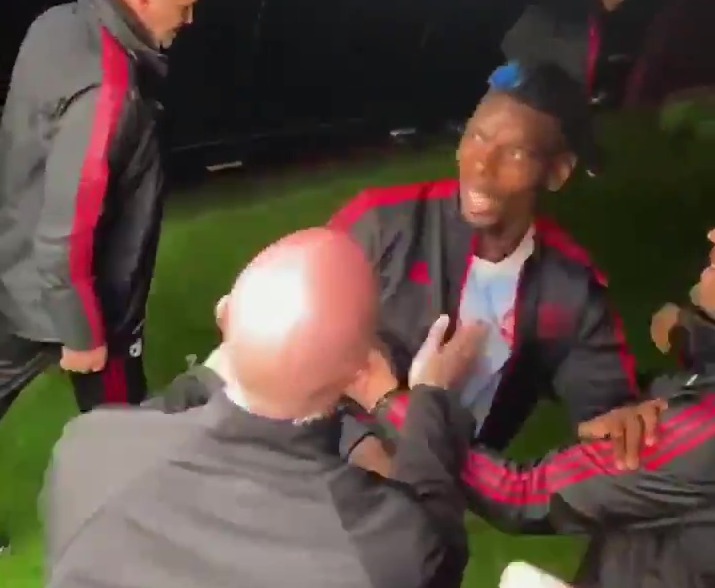 The World Cup winner was ushered down the tunnel

Pogba was delighted at the end of the game after Ole Gunnar Solskjaer’s side secured the narrowest of victories against West Ham.

After Pogba congratulated his team-mates on the 2-1 win, he made his way down the tunnel but was stopped by home fans shouting his name.

Not all of the language was unsavoury but one fan was heard shouting: “Pogba, shut your f***ing mouth.”

Other cries of ‘f*** you’ were also captured on video and there’s a good chance they came from the same supporter.

After hearing the abuse, Pogba stood still and smiled at the West Ham fans to let them know he wasn’t bothered by their expletives.

Man Utd coach Carrick then tried to diffuse the situation by dragging his colleague down the tunnel and into the safety of the dressing room.

Carrick and his boss Solskjaer will be hoping Pogba signs a new contract at Old Trafford as he has just nine months remaining on his existing deal.

The World Cup winner is reportedly interested in extending his stay in Manchester following the return of superstar Cristiano Ronaldo.

Pogba’s agent Mino Raiola has hinted the player could return to Juventus and rumours suggest Barcelona are also keen on signing him.

Raiola said: “Paul Pogba is out of contract in June, so we’ll talk with Man Utd and we’ll see what happens. Juventus? Paul still loves Turin.

“There’s a chance that Pogba will return to Juventus, yes – but it also depends on Juventus plans.”