Watch Sancho, Rashford and Saka show absolutely no fear at moment Southgate tells them they are taking penalties

ENGLAND heroes Jadon Sancho, Marcus Rashford and Bukayo Saka showed no fear when they were asked to take penalties in the Euro 2020 final shootout.

Manager Gareth Southgate was seen talking to the brave lions before the team lost on penalties to Italy. 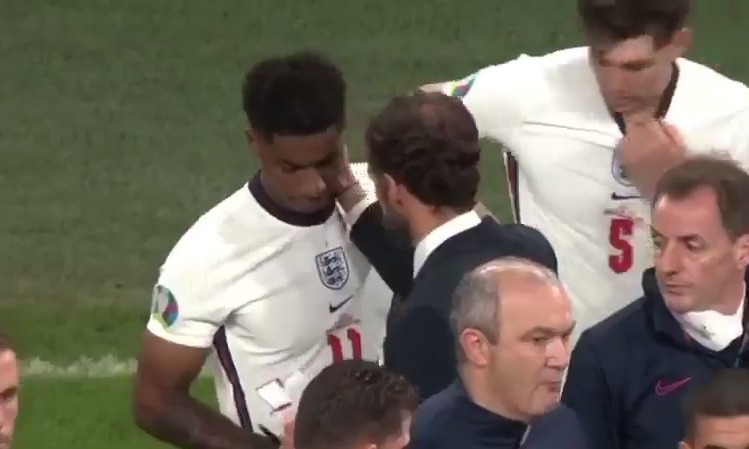 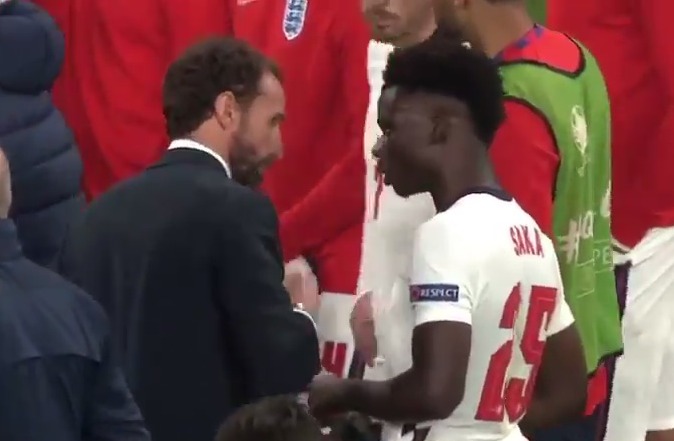 And Bukayo Saka before the shootout

In the video, Southgate approaches Sancho, Rashford and Saka just before the shootout with notes in hand.

The players appear to agree with the manager’s thoughts before bravely taking a penalty in front of thousands of hopeful England fans.

Although all three stars missed from the spot, the country were proud of them for not shying away when it mattered.

Rashford’s Manchester mural was also defaced – but hundreds of fans responded by sticking messages of support and flags over the abuse.

There was also an anti-racism protest next to the artwork, with dozens of people taking the knee in a show of solidarity.

Rashford thanked fans for their support and slammed the racists in a statement on Monday evening.

The 23-year-old said: “I can take critique of my performance all day long, my penalty wasn’t good enough, it should have gone in.

“But I will never apologise for who I am and where I came from.

“I’ve felt no prouder moment than wearing these three lions on my chest and seeing my family cheer me in a crowd of tens of thousands.

“The messages I’ve received today have been positively overwhelming and seeing the response in Withington had me on the verge of tears.”

The 21-year-old posted on social media: “I’m not going pretend that I didn’t see the racial abuse that me and my brothers Marcus and Bukayo received after the game, but sadly it’s nothing new.

“As a society we need to do better, and hold these people accountable.
Hate will never win.

“To all the young people who have received similar abuse, hold your heads up high and keep chasing the dream.

“I am proud of this England team and how we have united the whole nation in what has been a difficult 18 months for so many people.”

And Saka, 19, said: “To the social media platforms Instagram, Twitter and Facebook, I don’t want any child or adult to have to receive the hateful and hurtful messages that me, Marcus and Jadon have received this week.

“I knew instantly the kind of hate that I was about to receive and that is a sad reality that your powerful platforms are not doing enough to stop these messages.

“There is no place for racism or hate of any kind in football or in any area of society.

“And to the majority of people coming together to call out the people sending these messages, by taking action and reporting these comments to the police and by driving out the hate by being to one another, we will win.” 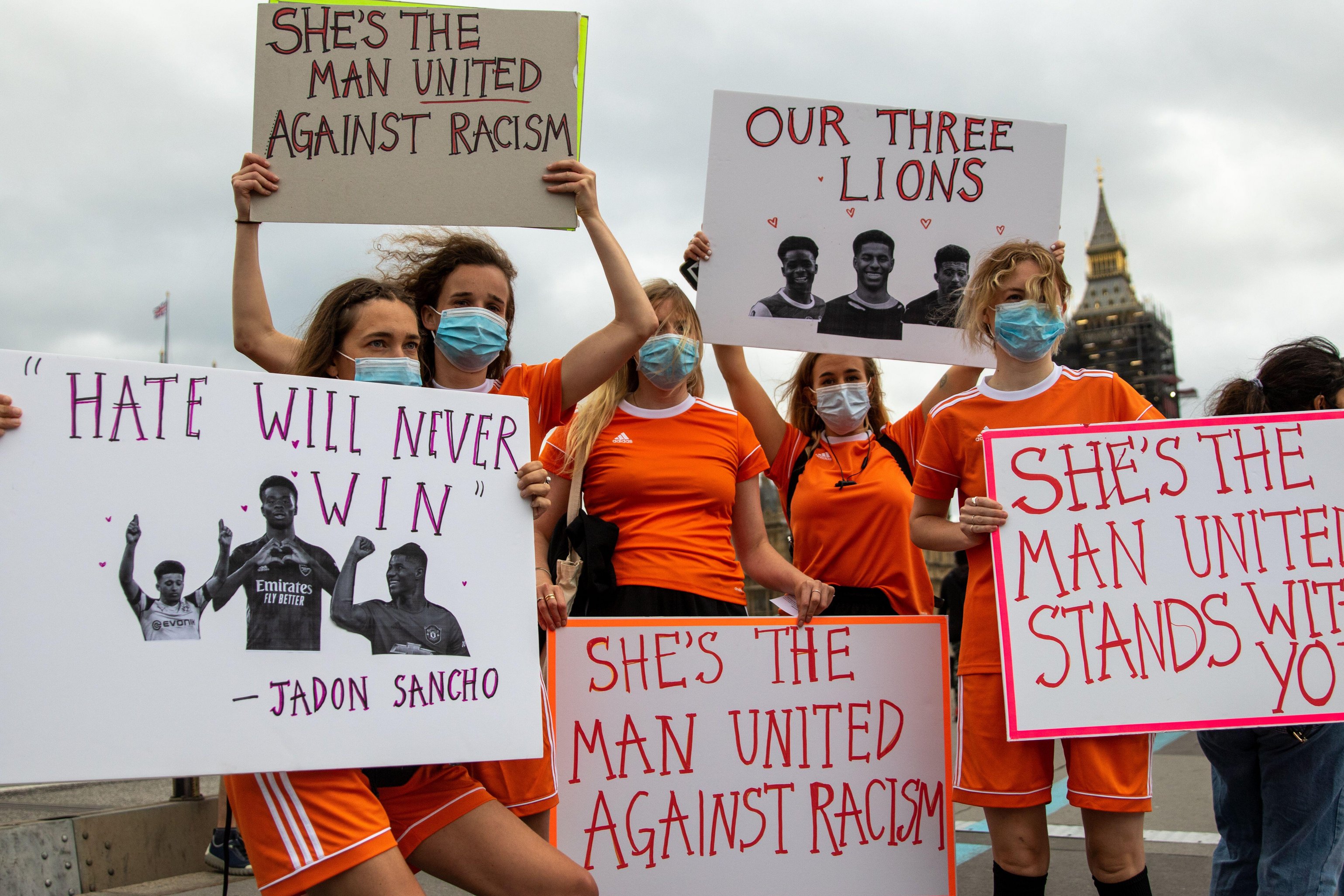 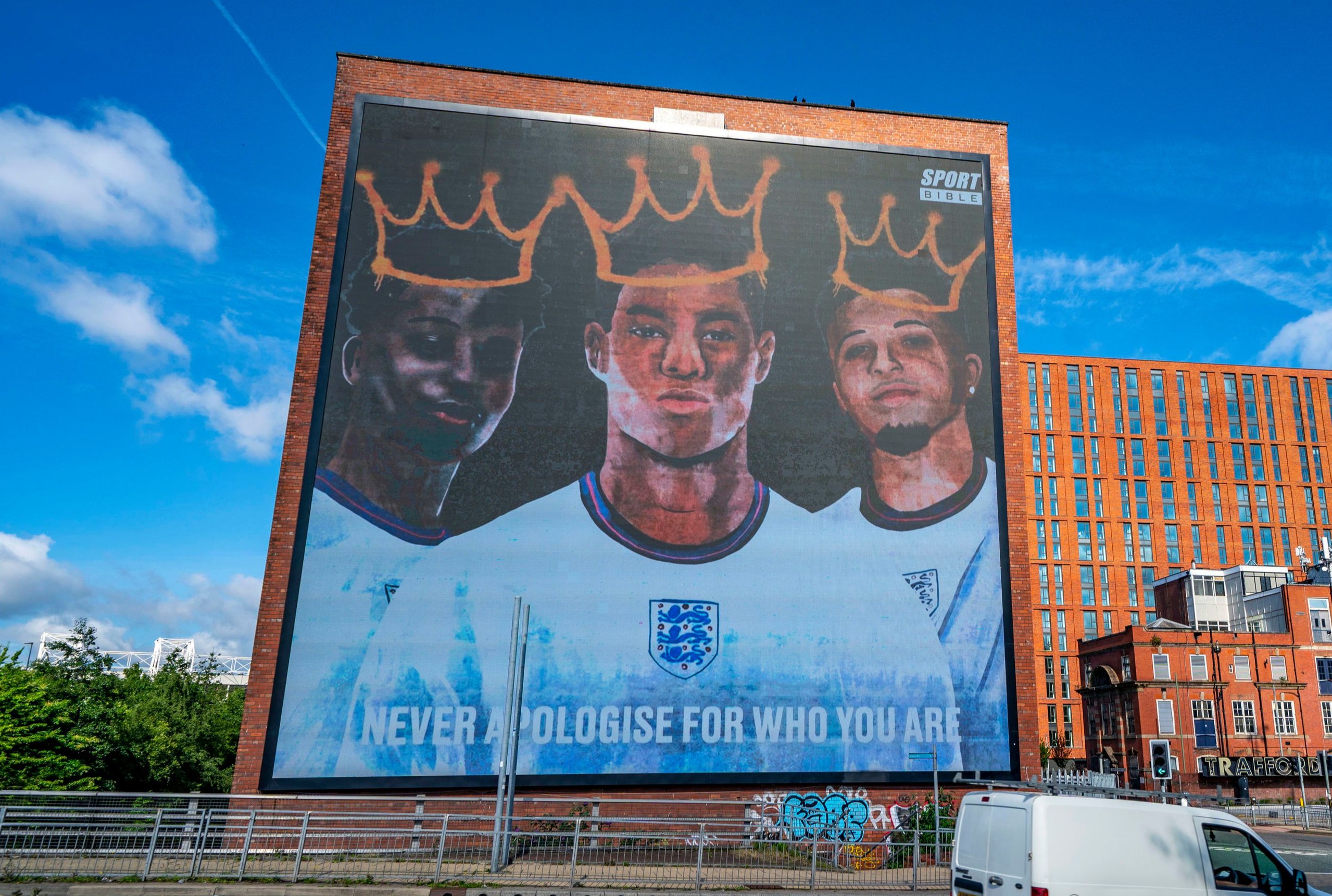 A mural of Saka, Rashford and Sancho appeared in ManchesterCredit: PA 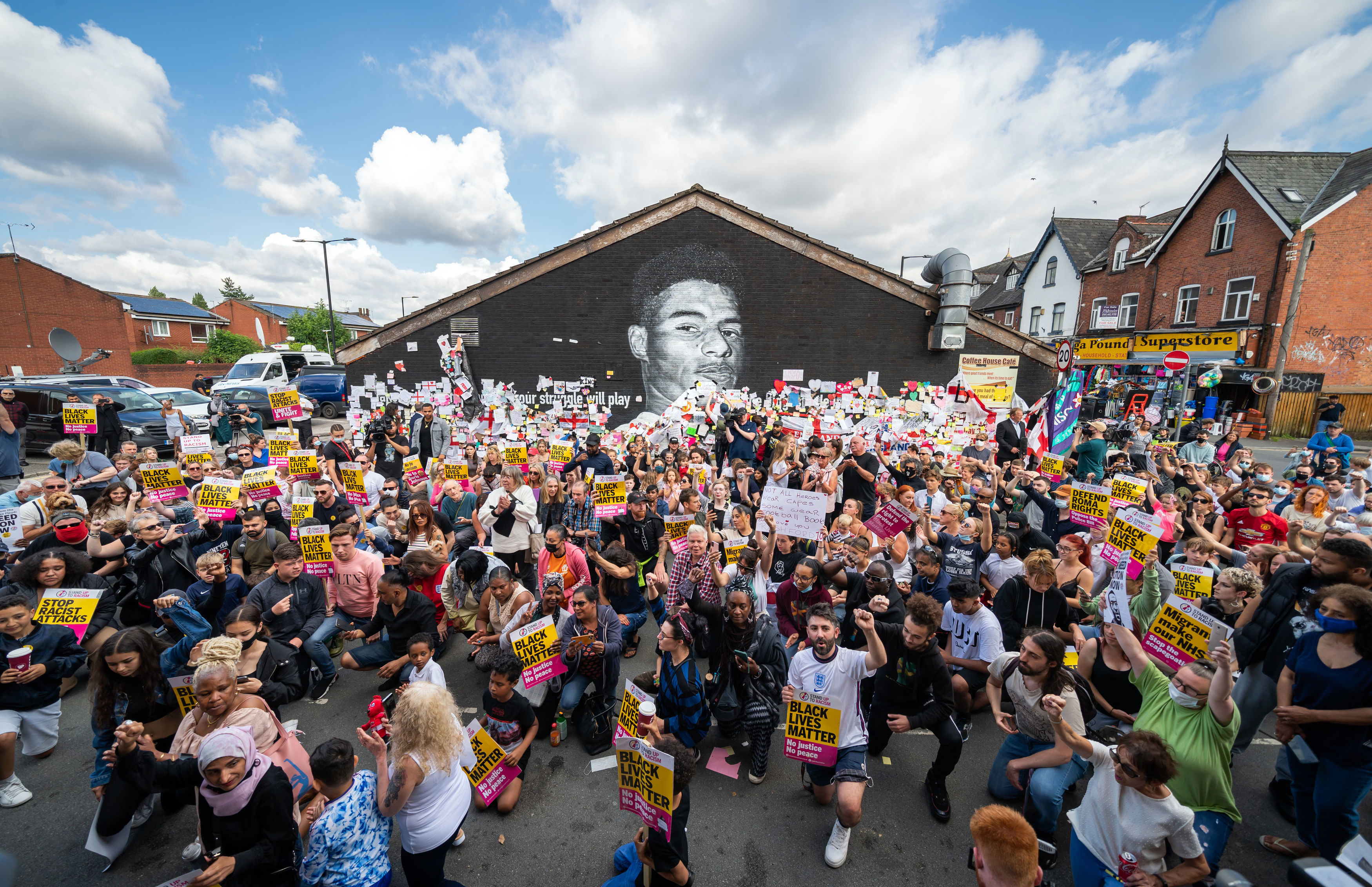 Anti-racism protesters made a stance next to Rashford’s Manchester muralCredit: PA