The winning captain was marched away from his team-mates by the Fifa president so he could be handed the trophy by the president of Cameroon.

Kalidou Koulibaly was led away from his team to meet Fifa officialsCredit: AFP 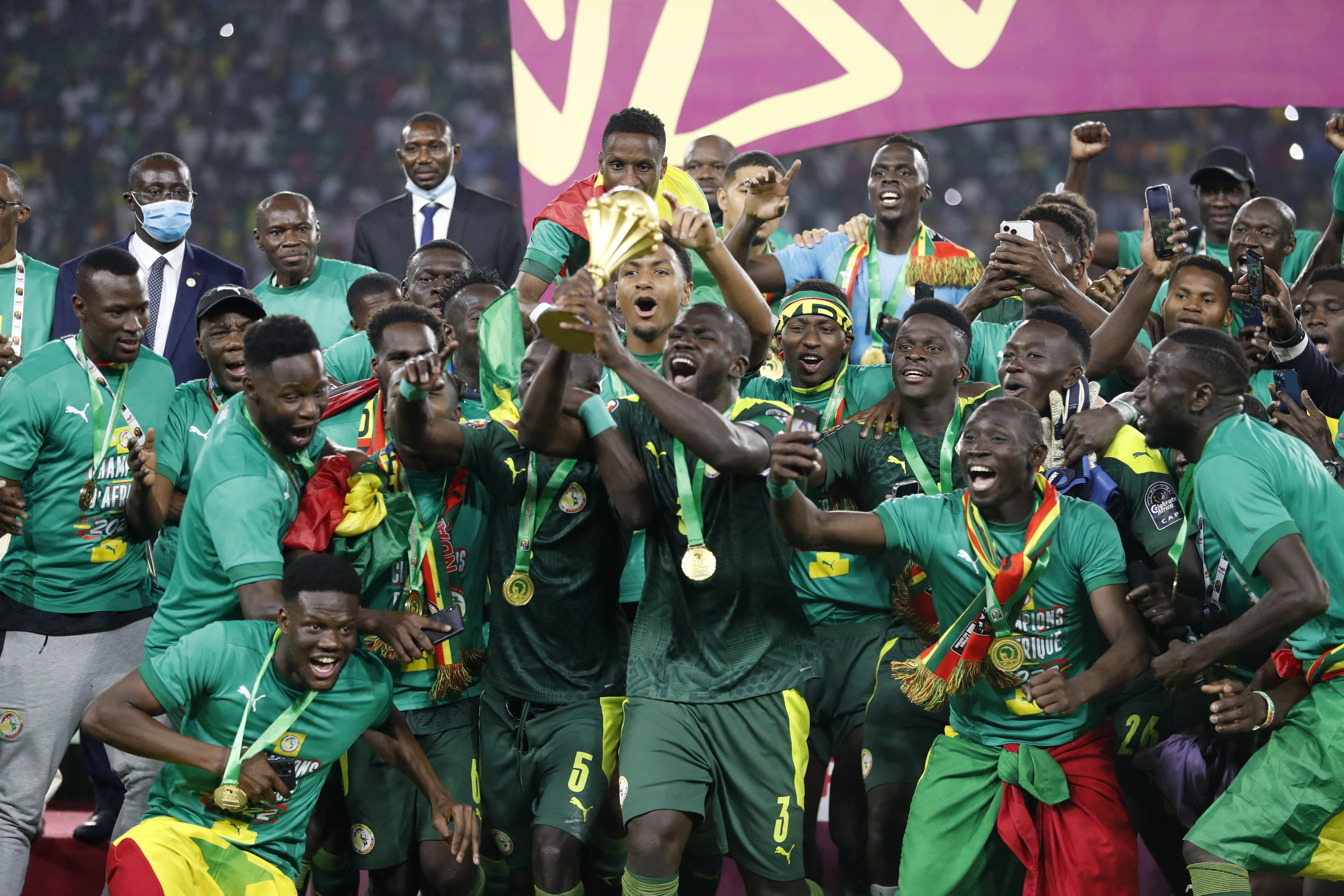 Koulibaly eventually made his way back to the Senegal squad and lifted the trophyCredit: Reuters

However Koulibaly, 30, ignored instructions from Infantino and refused to lift the trophy by himself.

There was confusion as the captain was led up the stadium stairs to exchange pleasantries with Fifa officials and Cameroon president Paul Biya.

His team-mates were left to wait on the champions podium on the field in a farcical presentation.

After arguing his point and being handed the trophy by Biya, the Napoli defender then carried the trophy back to the rest of the squad.

Dragging out the whole process some more, Koulibaly moved his team-mates into position to celebrate behind him before finally lifting the trophy aloft.

With Senegal having never won Afcon before, it seemed they were ready to wait just a tiny bit longer for the moment.

It shoot-out was needed after a goalless draw with Egypt after extra-time, in which Mane missed from the penalty spot.

A wild party took place back in the Senegal changing rooms as Edouard Mendy led the jubilant celebrations.

Head coach Aliou Cisse also spent a moment with the trophy as Koulibaly handed it to him.

Ex-Birmingham City player Cisse missed in a penalty shootout in the 2002 Afcon final when Senegal lost to Cameroon.

Players then enjoyed taking the prize to bed with them on Sunday night, including Liverpool ace and match-winner Mane. 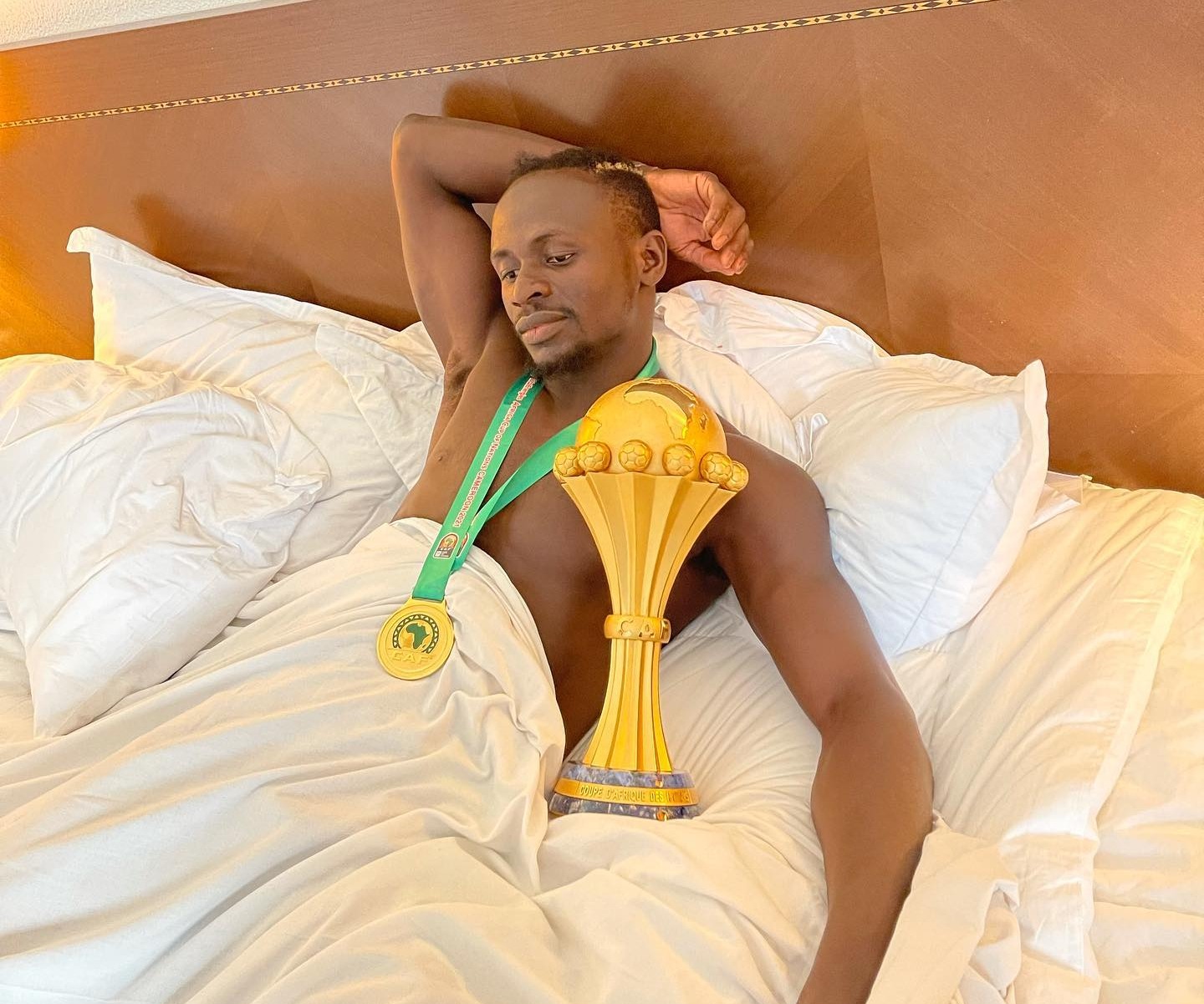