The iconic image of Sir Geoff Hurst smashing the ball past Hans Tilkowski to clinch the Jules Rimet trophy is seared into every Three Lions fan’s mind.

England’s away shirt is being worn in their Nations League tie against GermanyCredit: PA

But there is a far more 21st-century reason why England are wearing red shirts, shorts and socks when they face Germany at Wembley, in their final match before the Qatar World Cup.

Why are England wearing red against Germany?

Therefore they will wear their new Nike kit ahead of tonight’s Nations League finale against Germany.

Despite being the home team, the home side have opted to wear red at Wembley. 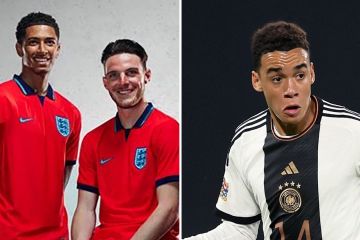 The jersey retails at an eyewatering £74.99 and Gareth Southgate’s side may wear the kit against either Iran or USA in World Cup group B.

Wales play in red, so it is likely the two sides will play in their home kit in the final fixture of the group stages. 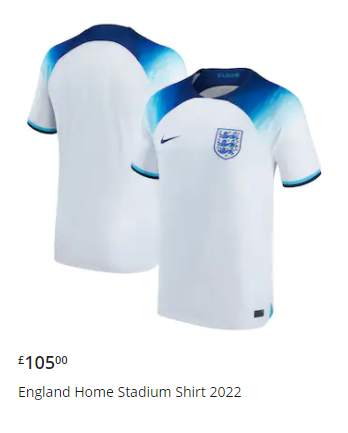 What is the price of the England kit?

There are two tiers of pricing for England’s World Cup kits.

The fans’ kit is about £75 from various different retailers.

England also have a ‘stadium’ version of the kit, which costs a staggering £105.

What are the rules on home and away teams wearing kits at the World Cup?

What is the World Cup rule on kit clashes?

There are some extremely extensive rules about who wears what at World Cup matches.

The designated home side always takes precedence, though they can be made to alter the colour of their shorts if necessary.

This is what section 24 of the Fifa guidelines has to say on the matter: “Each team shall inform Fifa of two different and contrasting colours (one predominately dark and one predominately light kit) for its official and reserve team kit (shirt, shorts and socks). Only these colours may be worn at the matches.

“In principle, each team shall wear its official team kit as declared on the team colour form.