FOOTBALL fans were left somewhat bemused after Pep Guardiola slapped Jack Grealish on the bum when taking him off against Wolves.

The £100million man was hooked for Kevin de Bruyne in the 74th minute following a rather indifferent display.

Grealish was slapped on the bum by Guardiola as he made his way off the pitchCredit: PA 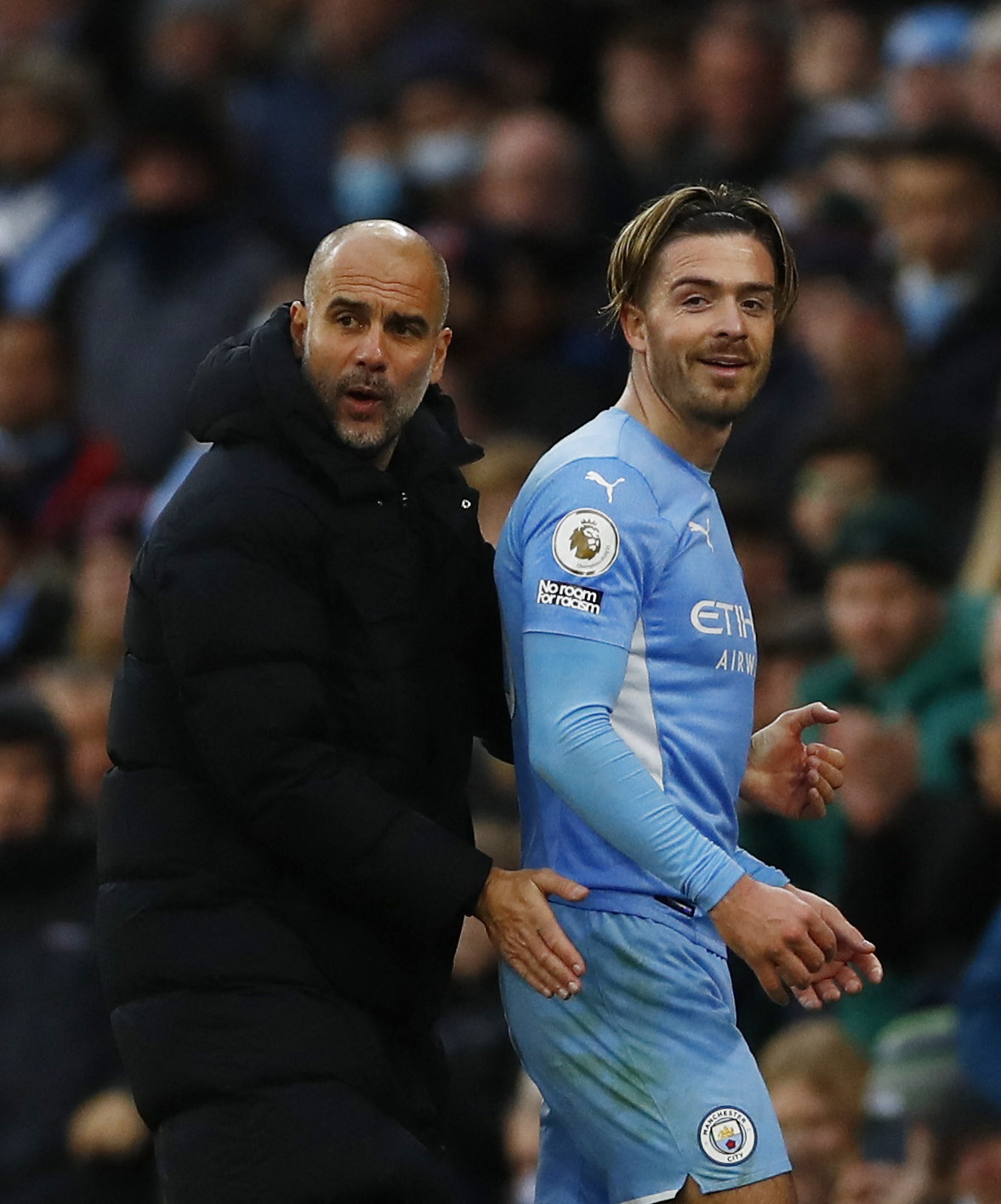 Eagle-eyed football fans picked up on the unique gesture from GuardiolaCredit: Reuters

And Guardiola opted to give him a little slap on the backside as he made his way off the pitch and down to the dugout.

Although it was a subtle gesture, it did not escape the eyes of diligent football fans as they reacted to the moment on Twitter.

One utterly confused fan said: ” Why is he slapping Grealish’s bum bum like that?”

While another hilariously added: “Pep Guardiola casually spanking Grealish for not taking his chances as he goes off.”

Grealish failed to find the back of the net against Wolves despite being presented with a couple of good chances.

However, the Premier League champions were still able to get the job done as they edged past Bruno Lage’s men 1-0 at the Etihad Stadium.

Raheem Sterling scored his 100th top flight goal from the penalty spot after the ball was controversially judged to have struck Ruben Neves on the arm.

Sterling stepped up to tuck the spot kick away, passing it down the middle to hand Guardiola’s side what turned out to be the winning goal in the 66th minute.

Wolves will feel aggrieved about the result, not only due to the penalty decision but also the sending off of Raul Jimenez.

The Mexican striker received a caution on the stroke of half-time after hauling back Rodri.

But he was then shown a second yellow card just seconds later after blocking Rodri’s attempt to take the free-kick quickly.

Jon Moss was in no doubt that it was worthy of another caution as Jimenez threw his skull cap down before making the walk down the tunnel.