And there was further disruption as the mention of coronavirus vaccines during the post-match ceremony was met with boos from the crowd. 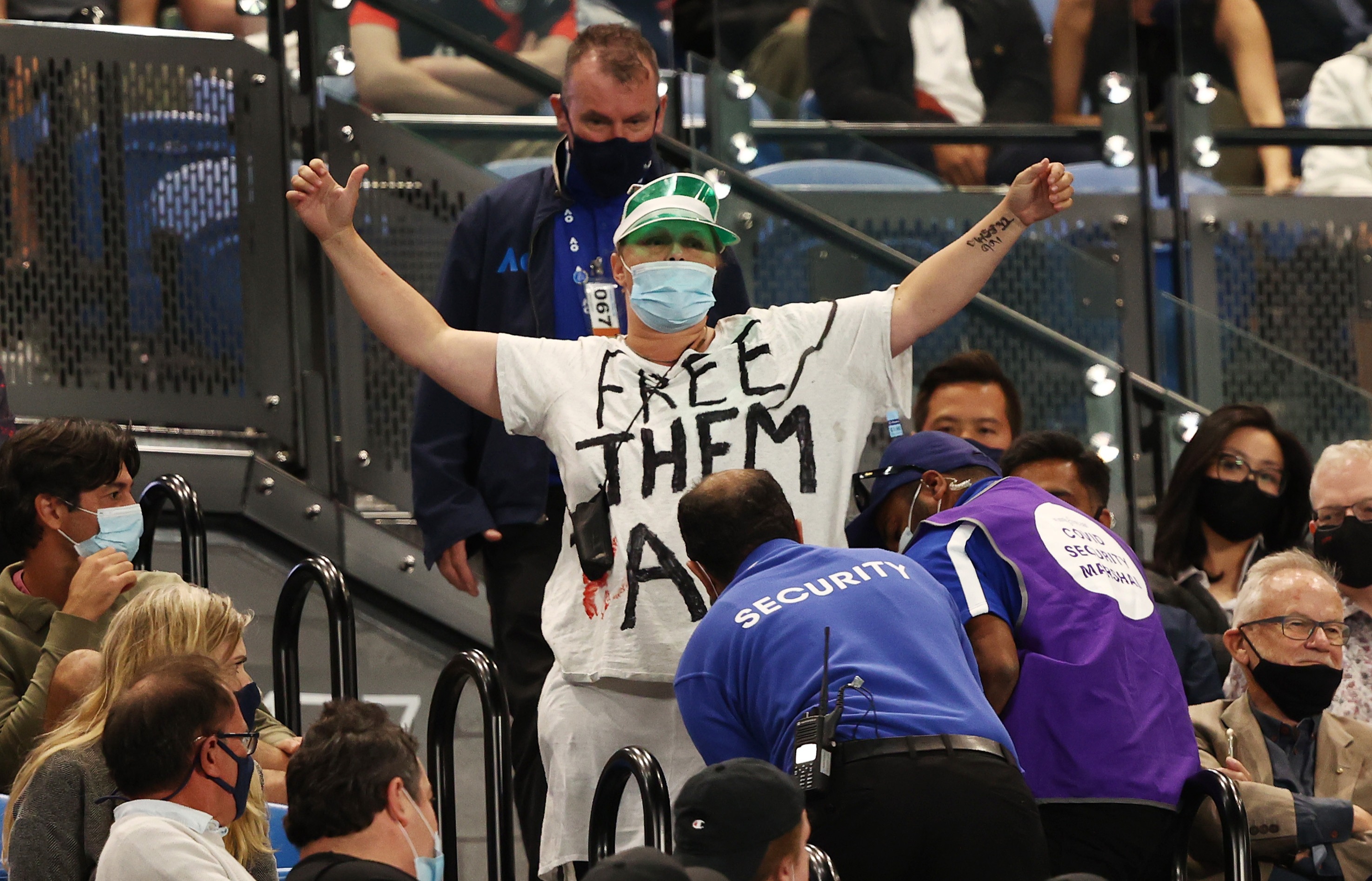 But not before a protest stopped play.

During the second set, two spectators were heard shouting in the stands and the umpire was forced to pause proceedings.

The protesters were heard yelling ‘free the refugees’ before they were escorted away by security.

One was wearing a T-shirt that read ‘free them all’ on the front and ‘end systematic racism’ on the back.

She said: “It’s been a time of deep loss and extraordinary sacrifice for everyone.

“With vaccinations on the way, rolling out in many countries around the world, it’s now a time for optimism and hope for the future.”

Embarrassing scenes at this #AusOpen presentation. Tennis Australia boss Jayne Hrdlicka booed by parts of crowd when mentioning the coronavirus vaccine rollout and thanking the Victorian government for the event. Hrdlicka notably failed to thank the people of Melbourne/Vic.

Hrdlicka managed to finish her speech amidst the boos, telling the crowd: “You are a very opinionated group of people.”

The controversy marks the end of a difficult Australian Open.

Players were forced to quarantine for two weeks in hotels ahead of the tournament, with Djokovic leading the complaints.

Fans were then booted out of the Serb’s match with Taylor Fritz due to a Covid outbreak.

They were allowed back into Melbourne Park after the city’s five-day lockdown ended.

And before the final Djokovic was slammed for not wearing a mask as he entered the court, despite Medvedev doing so.