OnlyFans star Vanessa Sierra shared the footage with her one million followers after revealing details of their night together at a hotel. 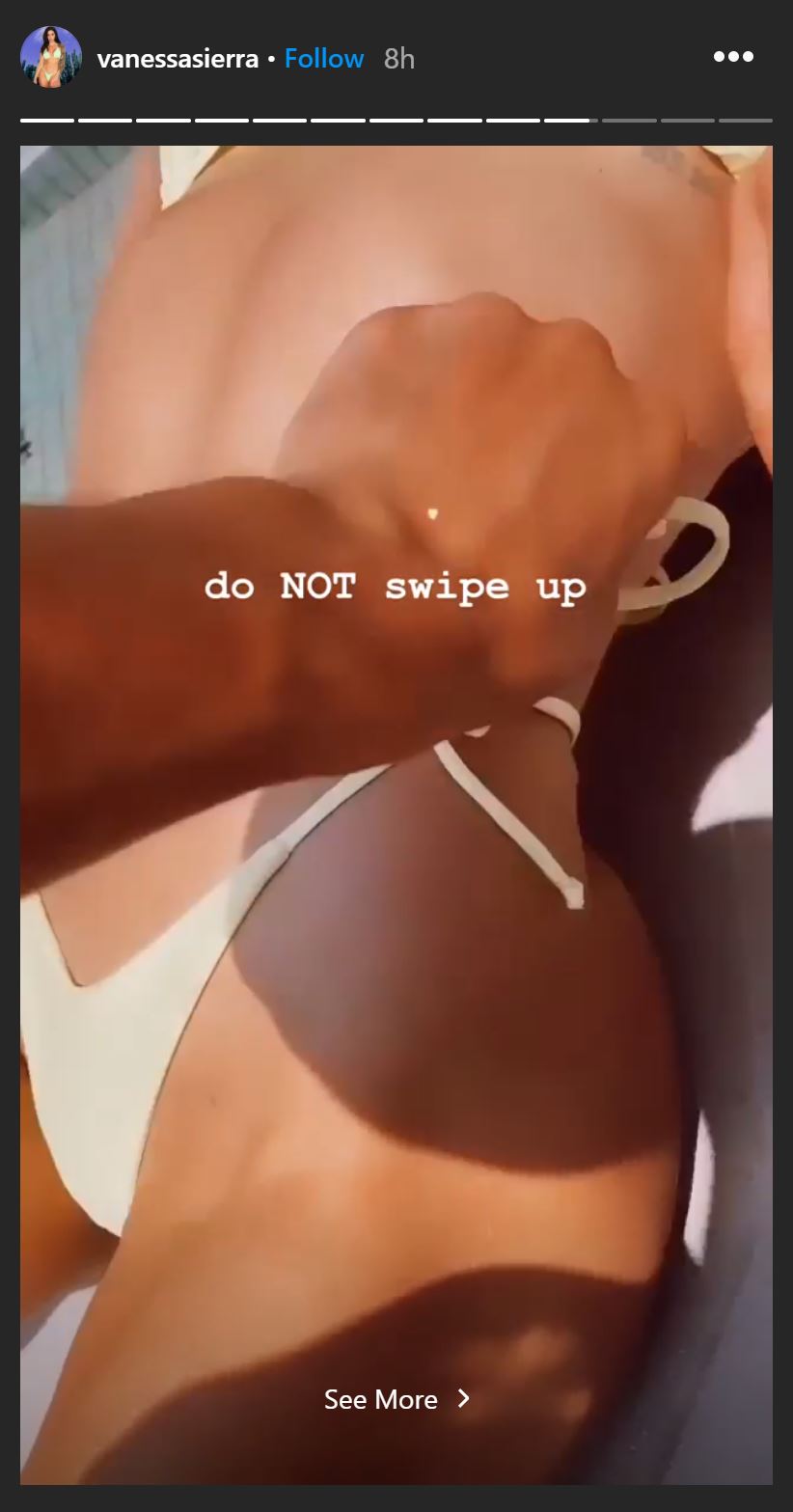 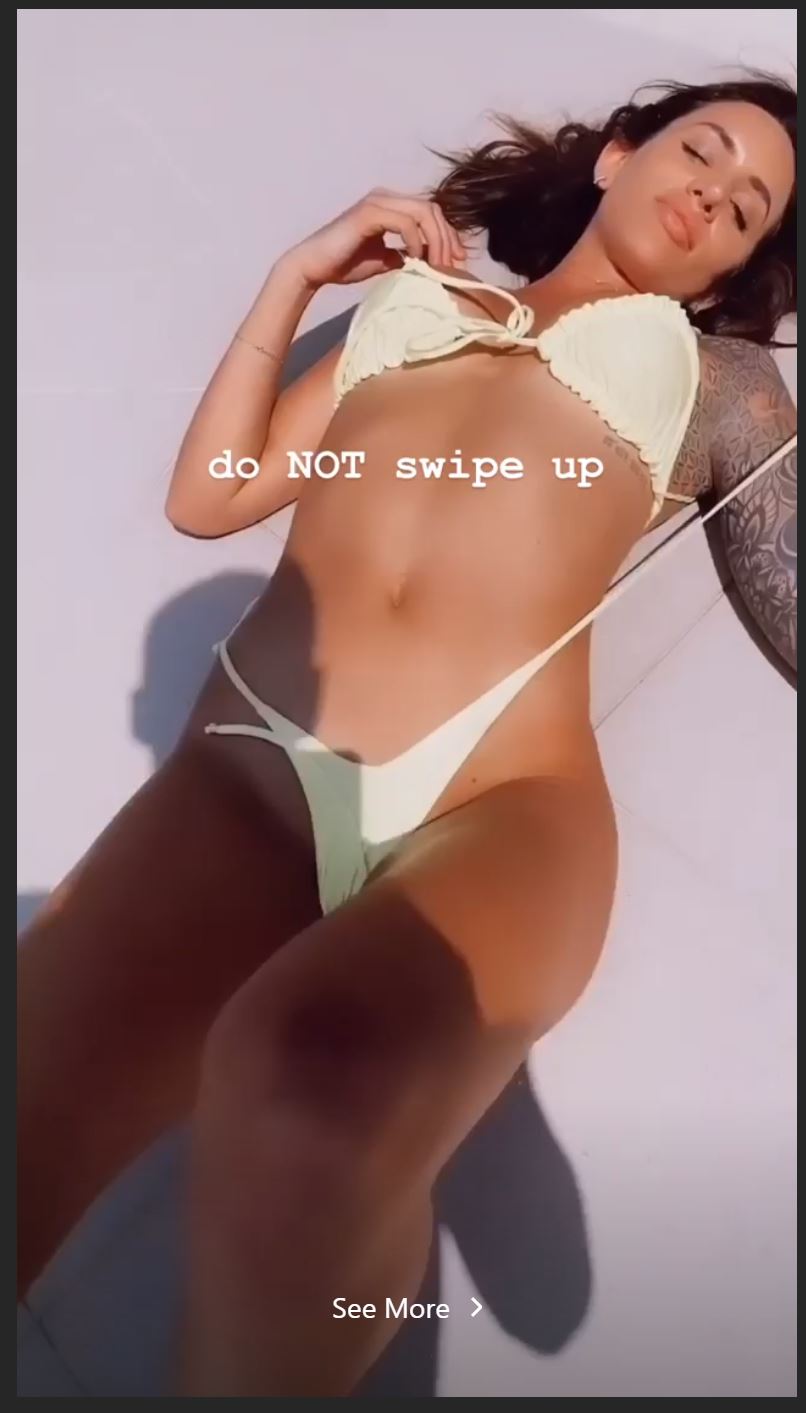 Aussie ace Tomic was filming at the time

Speaking over footage on her Insta stories, Sierra said: “Bernard had a game in Brisbane today so we drove up from the Gold Coast this morning.

“He won because he’s so amazing.

“But we’re sick of driving such a long distance for his matches every day so we’re staying at this really cool hotel.

“It’s got this amazing rooftop pool and I can’t get over this view.

“And at the end of the night we did some recovery in the ice bath and sauna because we are both so tired.

The footage showed the pair swimming and then lounging around in gowns at the luxury resort.

And then the footage skipped to the next morning where the bikini shots appeared. 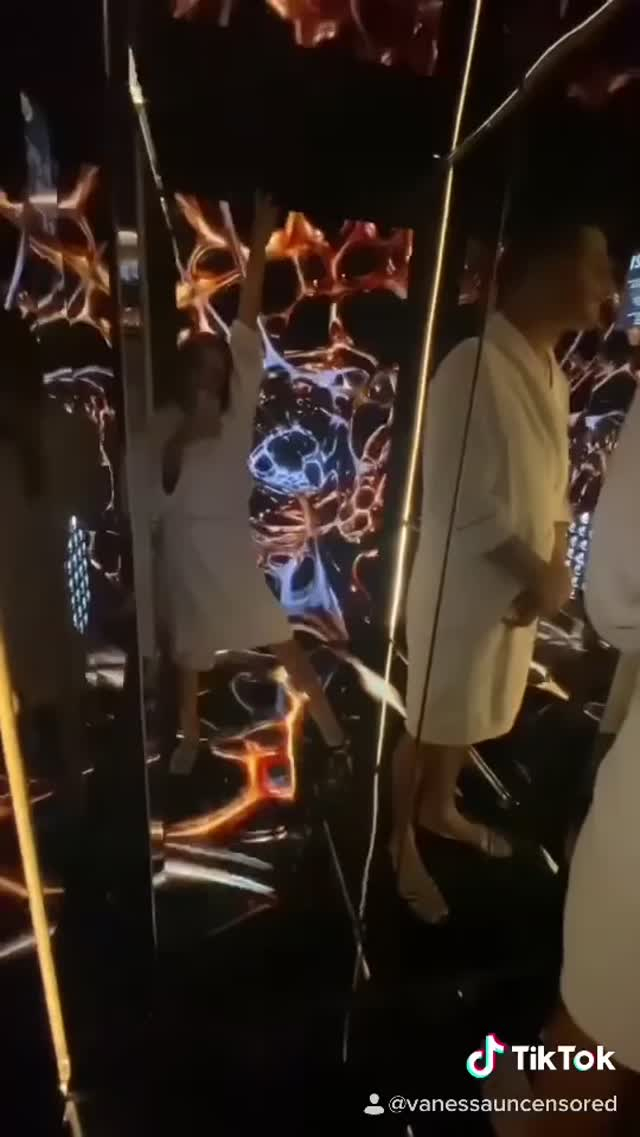 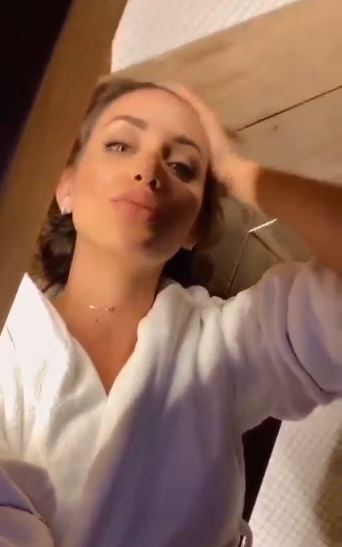 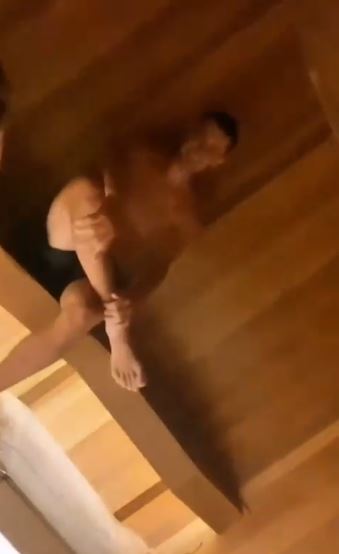 Tomic was seen smiling and waving at the camera

Sierra was dressed in a yellow bikini poolside with Tomic – who was also filming – reaching out and playing with his girlfriend’s swimwear.

The snap was a teaser for the tennis star’s first appearance on his girlfriend’s OnlyFans.

The couple went public with their relationship by posting a series of raunchy Instagram posts earlier this month.

And the clip of the pair appeared on the reality TV star’s OnlyFans page.

She shared the image on her Insta story along with a link to the adult film site that fans can pay to watch the video in full.

Sierra captioned it with: “Oops I convinced Tomic to do something bad. Swipe up to see the video, sorry mum.”

Vanessa shot to fame during the 2019 television show Love Island and has since turned her attention to the adult subscription site OnlyFans, where she previously appeared with exes.

Meanwhile Tomic has never been far from the headlines amid tanking accusations, public spats and legal issues.

He was linked with Bachelor contestant Kaitlyn Hoppe, 26, earlier this year but they have not been in contact for more than two months.

Having struggled to cope with early success, and the guidance of controversial father John Tomic, Bernard’s career has veered from one extreme to the other.

He recovered to record his career high No17 ranking in 2016.

But his form and application appeared to veer off a cliff, culminating in an embarrassing four-day appearance on Australia’s 2018 edition of I’m a Celebrity… Get Me Out of Here.

He appeared to turn a corner, remarkably returning to the ATP winner’s circle with a title in Chengdu just eight months later.

But his form and application has again been in question since, having been fined his entire prize money after a 58-minute loss to Jo-Wilfried Tsonga at Wimbledon last year, for a perceived lack of effort.