TENNIS star Peng Shuai appears to be safe and well after speaking with Olympic officials in a video call.

The Chinese doubles specialist was feared to have vanished after making allegations of sexual assault against senior minister Zhang Gaoli. 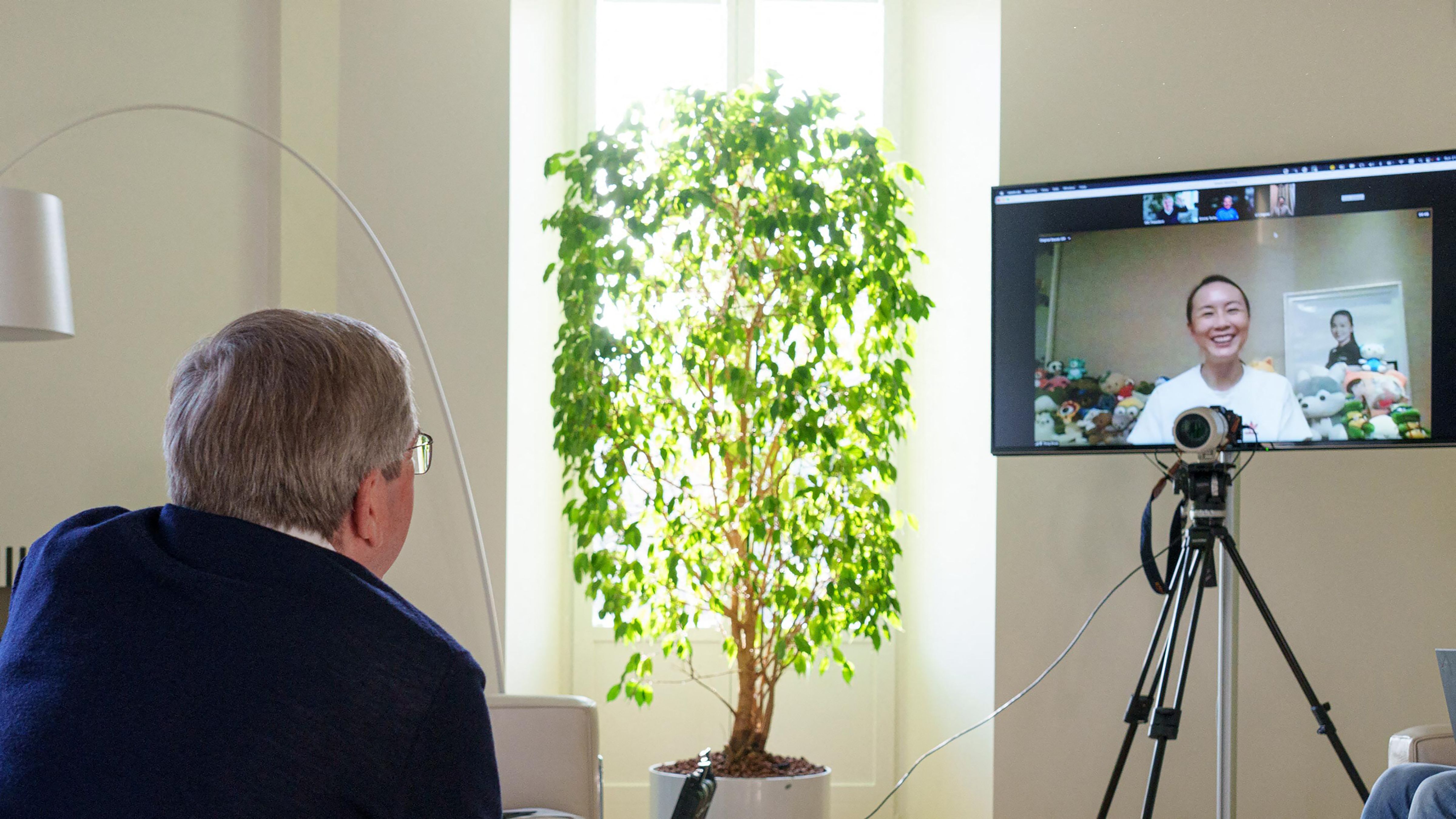 The IOC released an image of president Thomas Bach chatting to PengCredit: AFP

But now the International Olympic Committee says its president Thomas Bach has spoken to the 35-year-old in a half-hour video conference.

IOC Athletes’ Commission chief Emma Terho also sat in on the call. She said: “I was relieved to see that Peng Shuai was doing fine, which was our main concern.

“She appeared to be relaxed. I offered her our support and to stay in touch at any time of her convenience, which she obviously appreciated.”

The IOC released a statement in which they said Peng claimed to be at home in Beijing but asked for her privacy to be respected.

Bach reportedly invited her to meet him for dinner when he visits China in January, which she agreed to.

Peng had disappeared from public for almost three weeks after making claims against vice premier Zhang.

She alleged she was forced into sexual relations with the powerful politician in a post on Chinese social media site Weibo – which was quickly taken down.

It was the first time such an allegation has been made against a top official in the country.

That led to fears for her safety as sports stars and organisations called on Chinese officials to prove she was ok.

An email reported to be from Peng released in Chinese state media first raised suspicions of a cover-up. 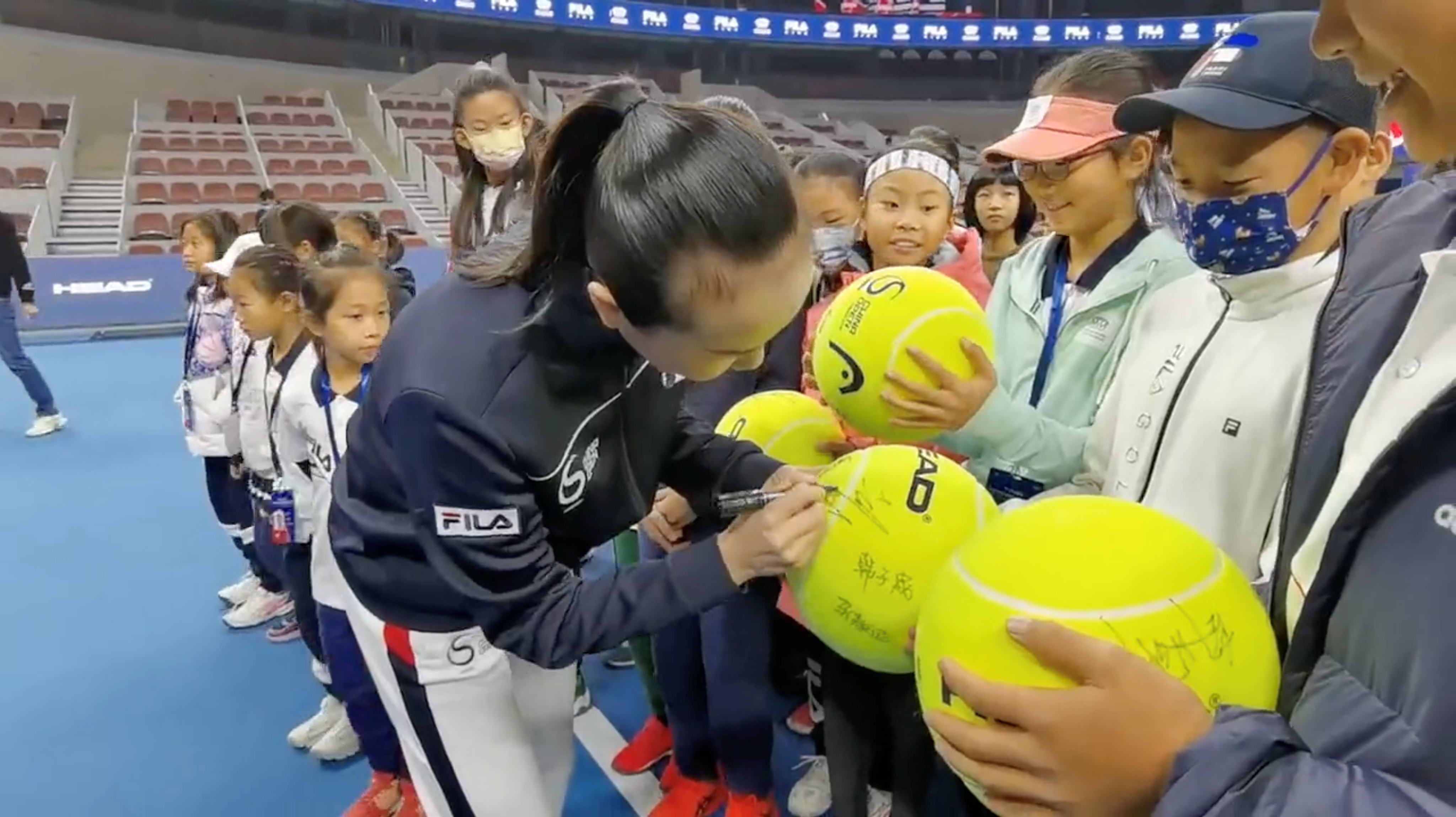 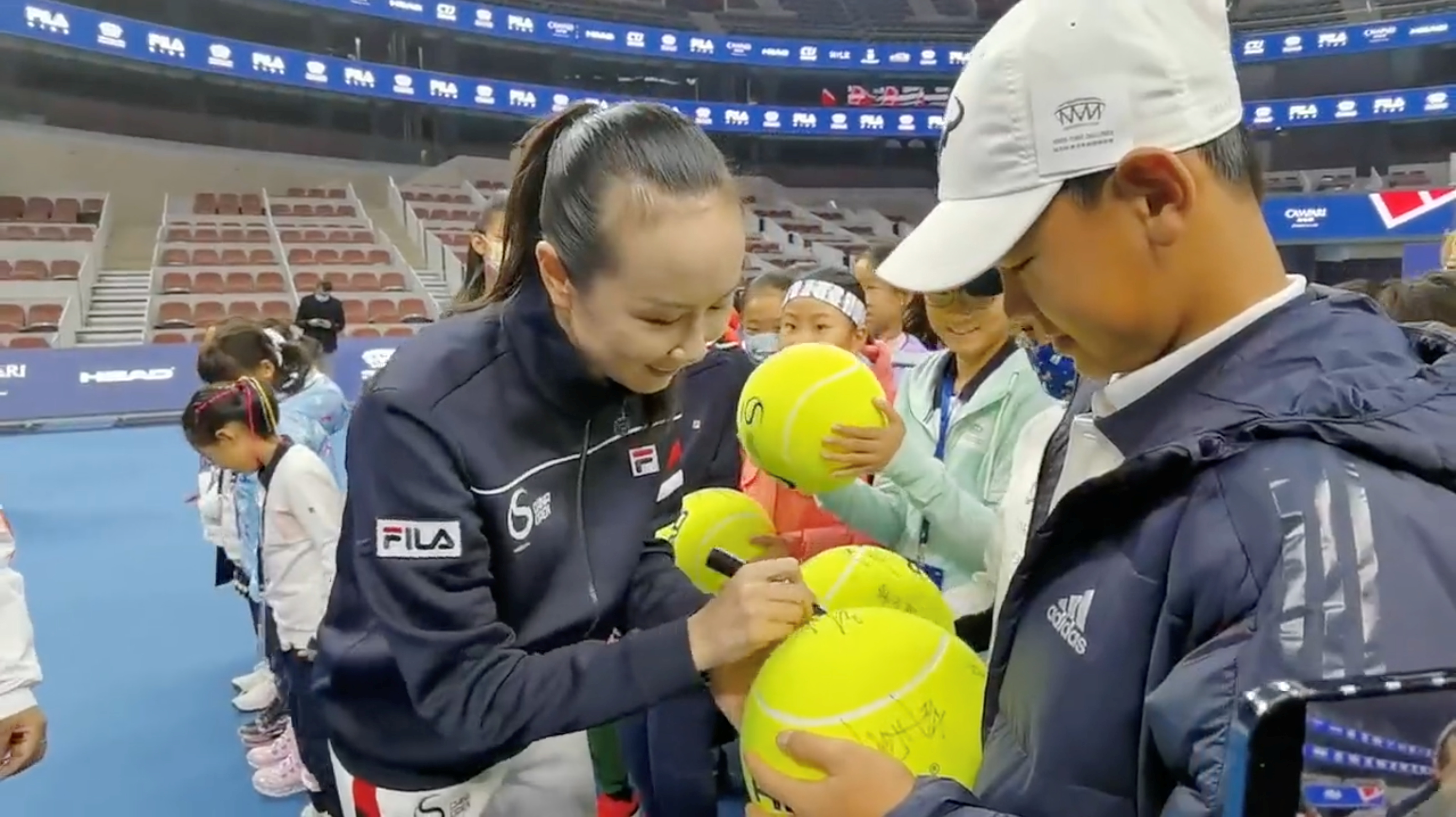 The former world No.1 then appeared in photos surrounded by cuddly toys on social media to wish fans “a happy weekend”.

That was followed by a series of video clips and images of Peng signing autographs at a junior tennis event in Beijing.

Tennis bosses, the British Foreign Office and even US president Joe Biden had voiced their concern for the player’s whereabouts.

But she seems to be fit and healthy as she appeared to be smiling in a picture of the call released by the IOC.