GIANT RUSSIAN Daniil Medvedev was crowned ATP Finals champion – the last one in London – and uniquely joined a small group of players over the past 30 years.

In front of empty stands at The O2 – and how badly the roar of the crowds has been missed this year – the 6ft 6ft Muscovite ended a curtailed, chaotic 2020 by being the last man standing in this season-ending tennis tournament. 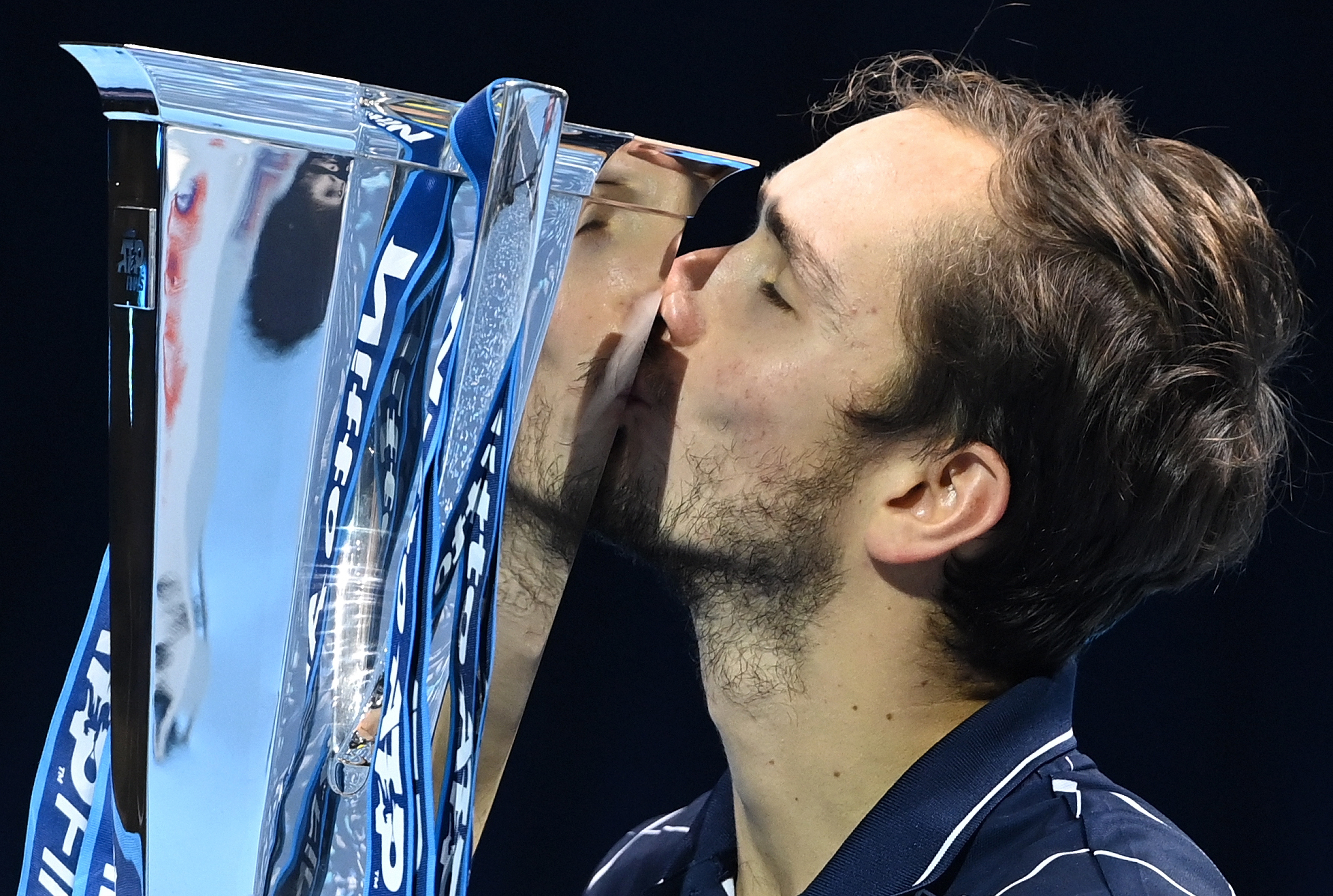 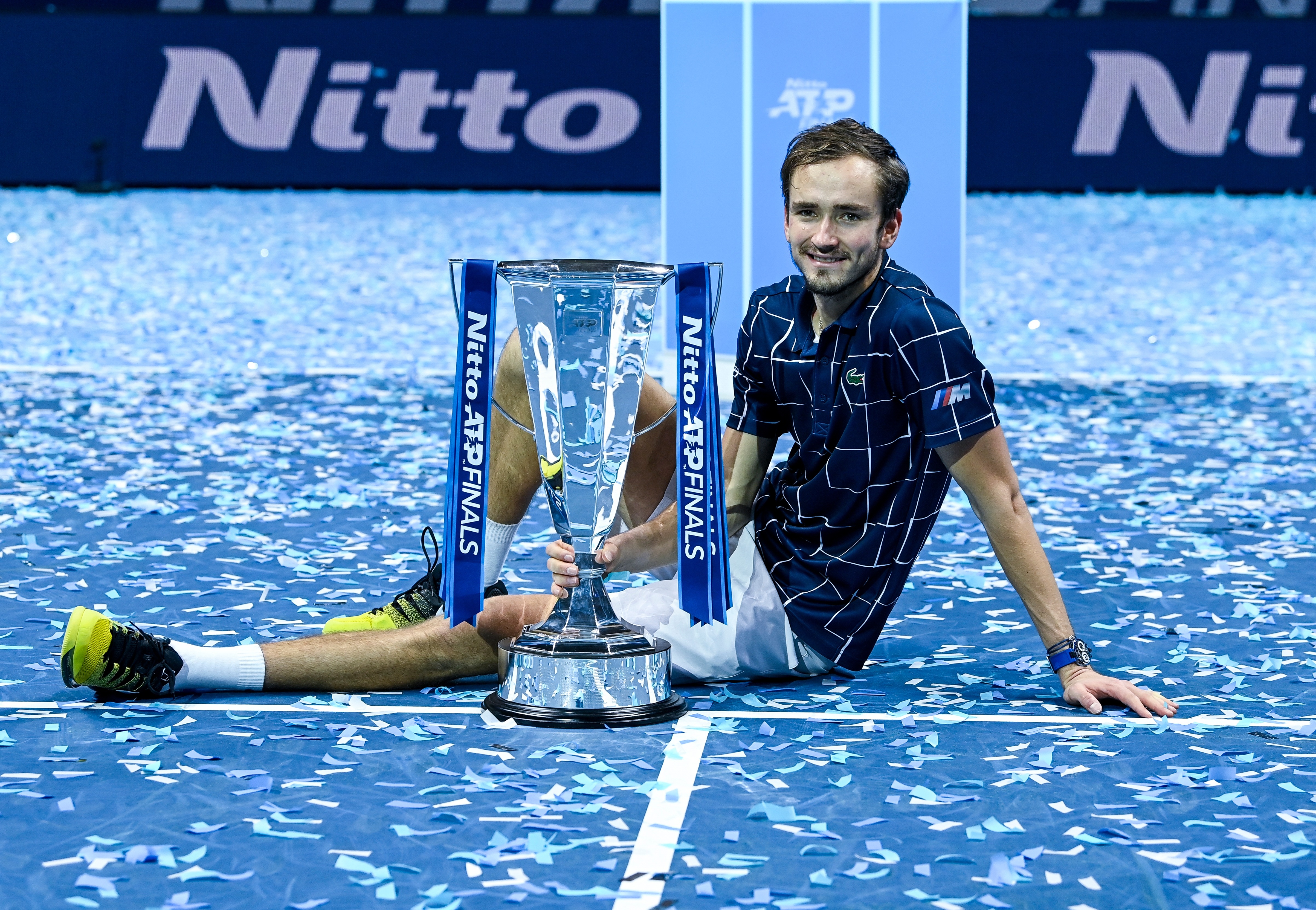 The giant Russian came from a set down to win at London’s O2 ArenaCredit: Getty Images – Getty

Unbeaten Medvedev, blessed with the wingspan of a Smart Car, came from behind to defeat the hard-hitting world No.3 Dominic Thiem 4-6 7-6 6-4.

Not only does he bank a cool £1.2million on the last occasion this tournament will be held in the UK but he can plonk the biggest trophy of his career on the mantelpiece at his lavish home in Monte Carlo.

This is just the fourth time that one player has beaten the world’s top-three ranked players at the same ATP event.

Boris Becker did it in Stockholm in 1994 and Novak Djokovic (in Montreal) and David Nalbandian (in Madrid) achieved the feat in 2007.

For the 24-year-old Medvedev, this is another triumph for the NextGen and further evidence the new guard are coming to take over and challenge the veterans.

Normally the conclusion to the ATP Finals would have played out before a 17,500-capacity sell-out with tickets averaging between £60-£80.

Financially this event brings in millions of pounds for the ATP and it’s by far the busiest week of the year for nearby restaurants.

It was clear from the opening skirmishes that this would be a highly competitive, close contest.

The pair came into the final in excellent form – both joined elite company by defeating the two best players in the world, Novak Djokovic and Rafa Nadal, within the space of a few days on the same court.

If anything, it promised to be an excellent send-off before the event relocates to a new home in Turin.

Thiem’s serve was under pressure and examination immediately, requiring 10 minutes and 16 points before he could get a game on the board.

In the fifth game, though, it was Medvedev’s nerve which was being tested and the unravelling of his serve was decisive in the first set.

Fortune was favouring Thiem, too, more specifically on set point when a booming forehand bounced off the net cord to deceive the waiting Medvedev. 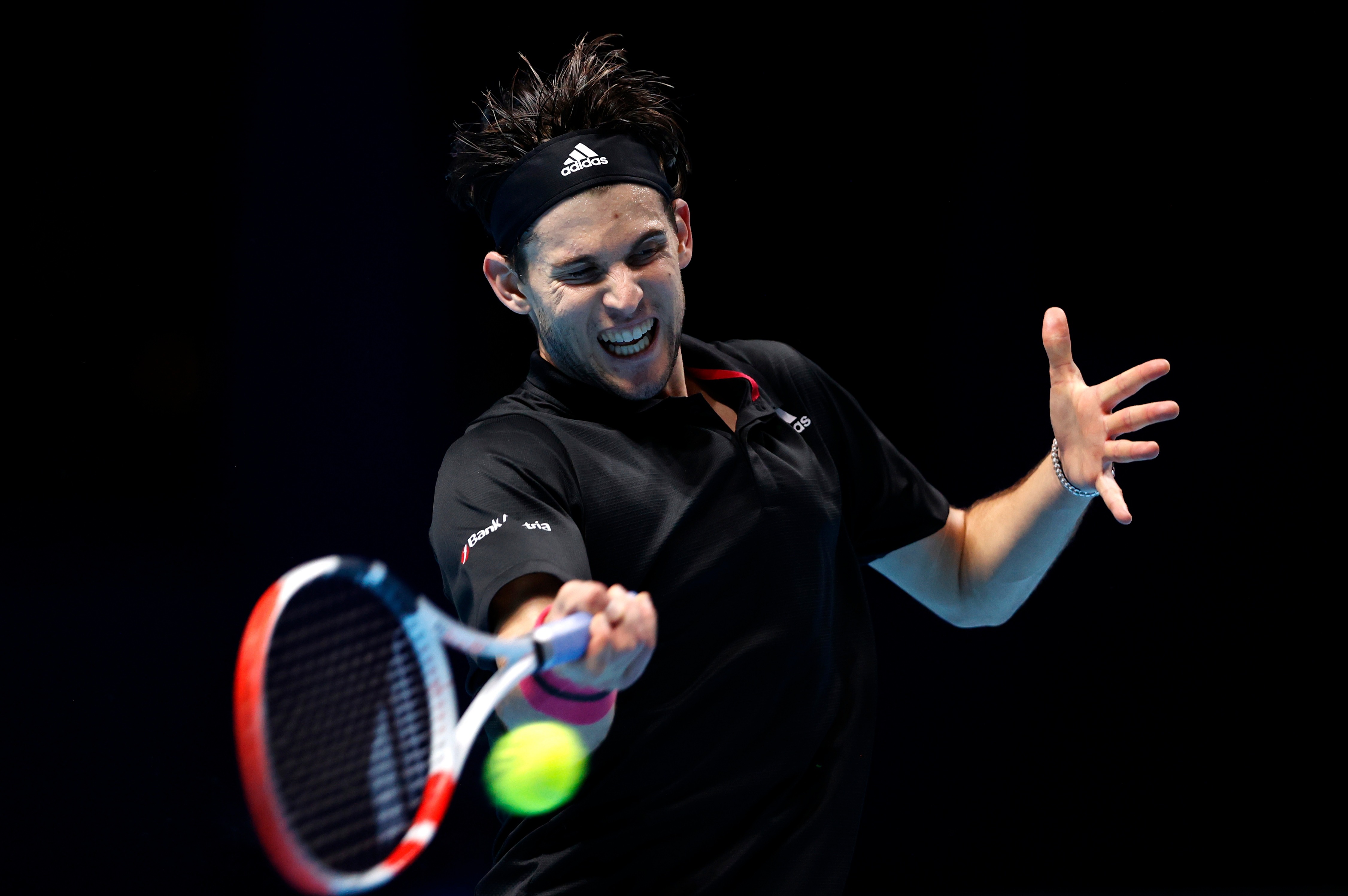 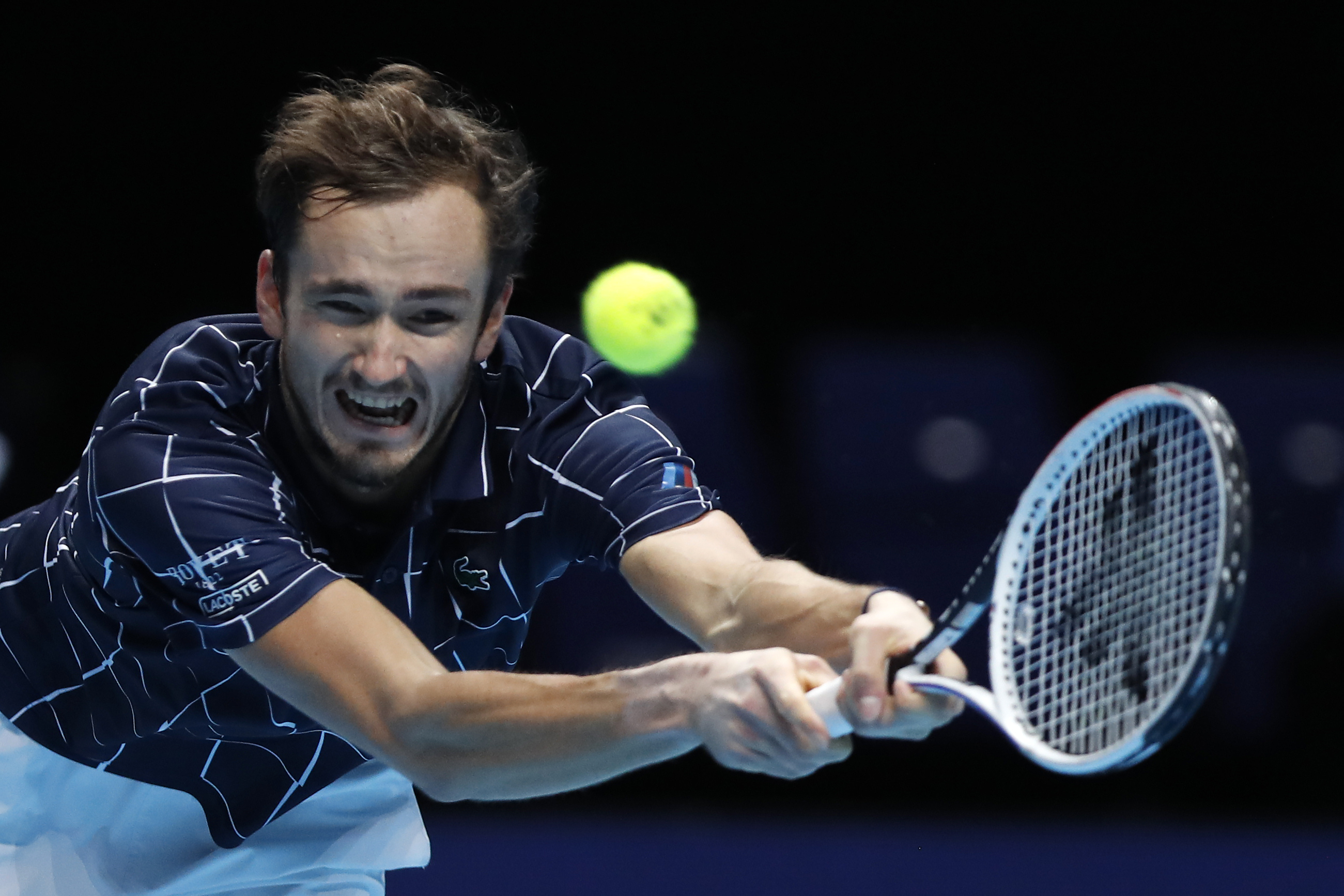 Thiem acted the sportsman, apologising for the good luck, and yet he marginally deserved the advantage.

Thiem, whose first serve functioned more efficiently, was screaming in frustration in his native tongue after having three break points but allowing Medvedev off the hook each time.

The second set went to a tie-break and though he went 2-0 down, Medvedev went into cruise control, winning the next seven points in a row to force the decider.

In the third set, Medvedev did the business, breaking crucially in the fifth game and then becoming the fifth straight first-time winner of the ATP Finals.

There is some symmetry to this win. The first time the event was held in the Capital, in 2009, it was a Russian Nikolay Davydenko who prevailed and went home with the trophy.

Yes, it wasn’t a classic that London deserved, far from it, involving two baseline bludgeoners, but the past 11 years in North Greenwich have certainly given Italian tennis officials a hard act to follow from 2021.