NICK KYRGIOS and Novak Djokovic took out their frustrations on their equipment as the pre-Australian Open action heated up.

Three days before the first Slam of the calendar takes place, the combustible pair left Melbourne Park in angry, irritated moods – and searching for replacements in their kit bags. 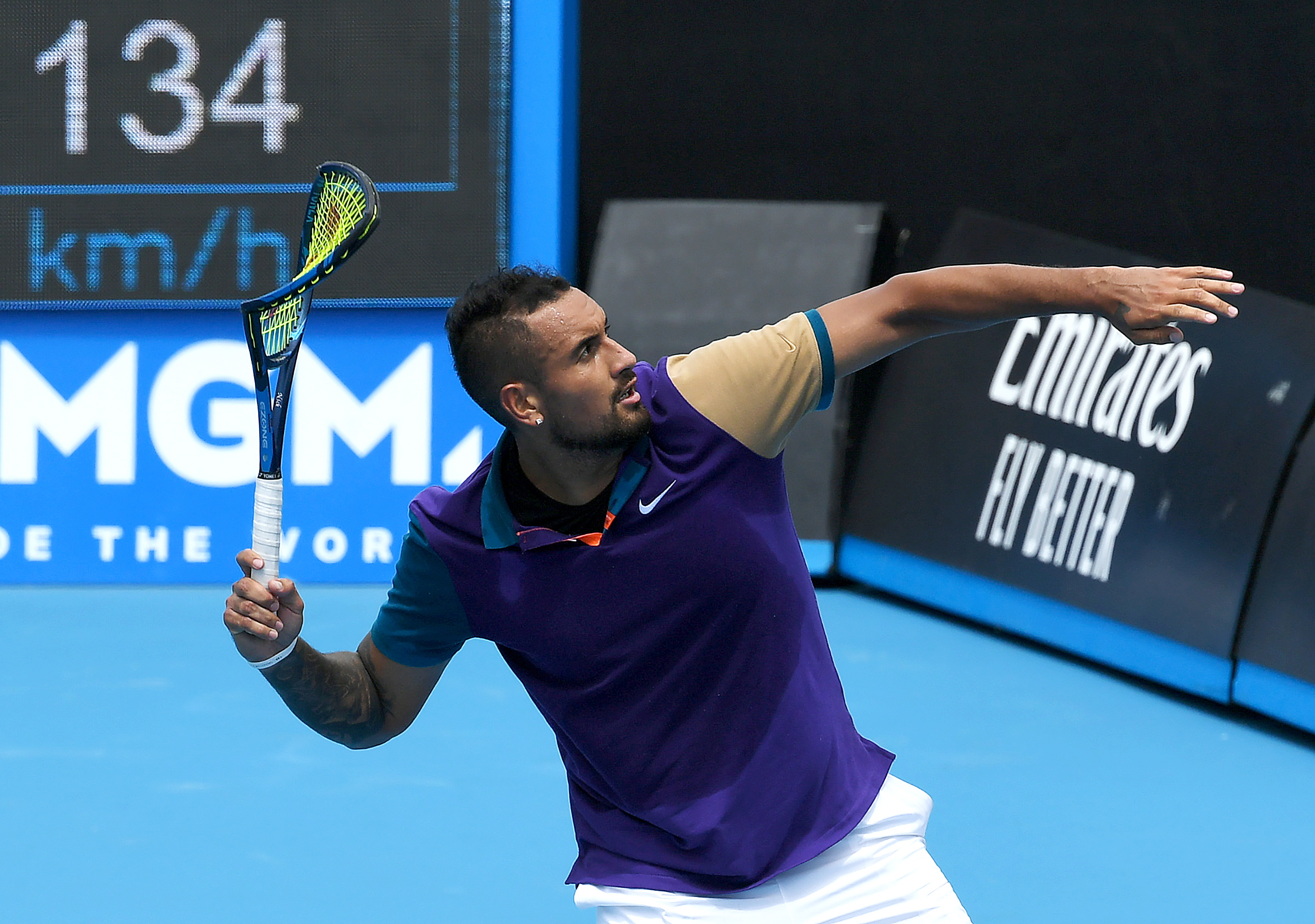 Nick Kyrgios showed his fiery temper by launching his smashed racket out of the courtCredit: EPA 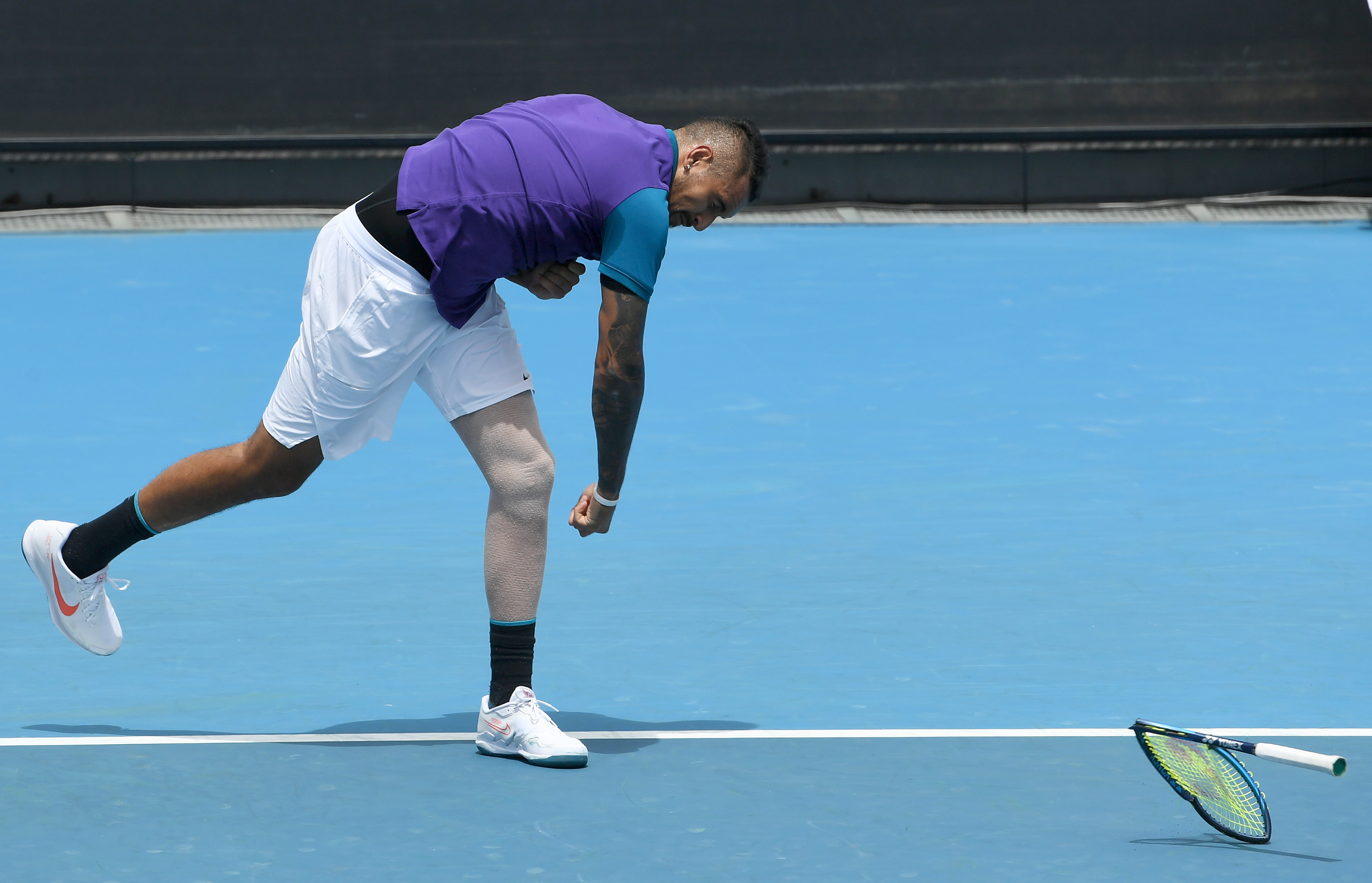 The Aussie is preparing for his home OpenCredit: EPA

Australian Kyrgios – who is struggling with a left knee injury – was penalised for smashing his racket on the floor and then throwing it OUT of the empty 1573 Arena.

The world No.47, known for his OTT theatrics and on-court blow-ups, had his serve broken in the ninth game of the second-set defeat to Croatian Borna Coric.

The 25-year-old, who had earlier been warned for swearing, was handed a point penalty for his unsportsmanlike conduct.

In the first set Kyrgios told the trainer that he “couldn’t serve without pain” and “when I land it feels unstable”.

Certainly this worrying physical issue could undermine his performances in the Aussie Open, which starts on Monday, and he even admits there is a “massive question mark” over his fitness.

Meanwhile Djokovic lost his cool as champions Serbia were knocked out of the ATP Cup by Germany.

The world No.1 had given his country an excellent chance of finishing top of Group A when he beat Alex Zverev 6-7 6-2 7-5 in the second singles rubber.

But it all fell apart in the decisive doubles match as he and Nikola Cacic wasted several chances to break Zverev and Jan-Lennard Struff.

After losing 7-6 5-7 10-7, Djokovic was caught on camera breaking his racket on the players’ bench in a rage.

The Germans will now face Russia in Saturday’s semi-finals with the winner playing either Italy or Spain in the final.

Djokovic, 33, said: “It’s unfortunate we lost the tie – that’s what this competition is all about.

“It’s about the team, not about winning one match, singles match. It’s a tough one.”

RAFA NADAL could miss the Australian Open after revealing: I don’t know when I’ll next play. The Spanish icon –...

Coaching Emma Raducanu is a poisoned chalice… people will NOT be in a rush to work with her, says Sharapova’s old mentor