NOVAK DJOKOVIC will end the year as the world No1 tennis star – but there won’t be any additional silverware in his trophy cabinet as he crashed out of the ATP Finals.

The Serbian will head for his holidays after finishing an up-and-down year with a 7-5, 6-7, 7-6 defeat to Dominic Thiem, who reached a second successive final at The O2. 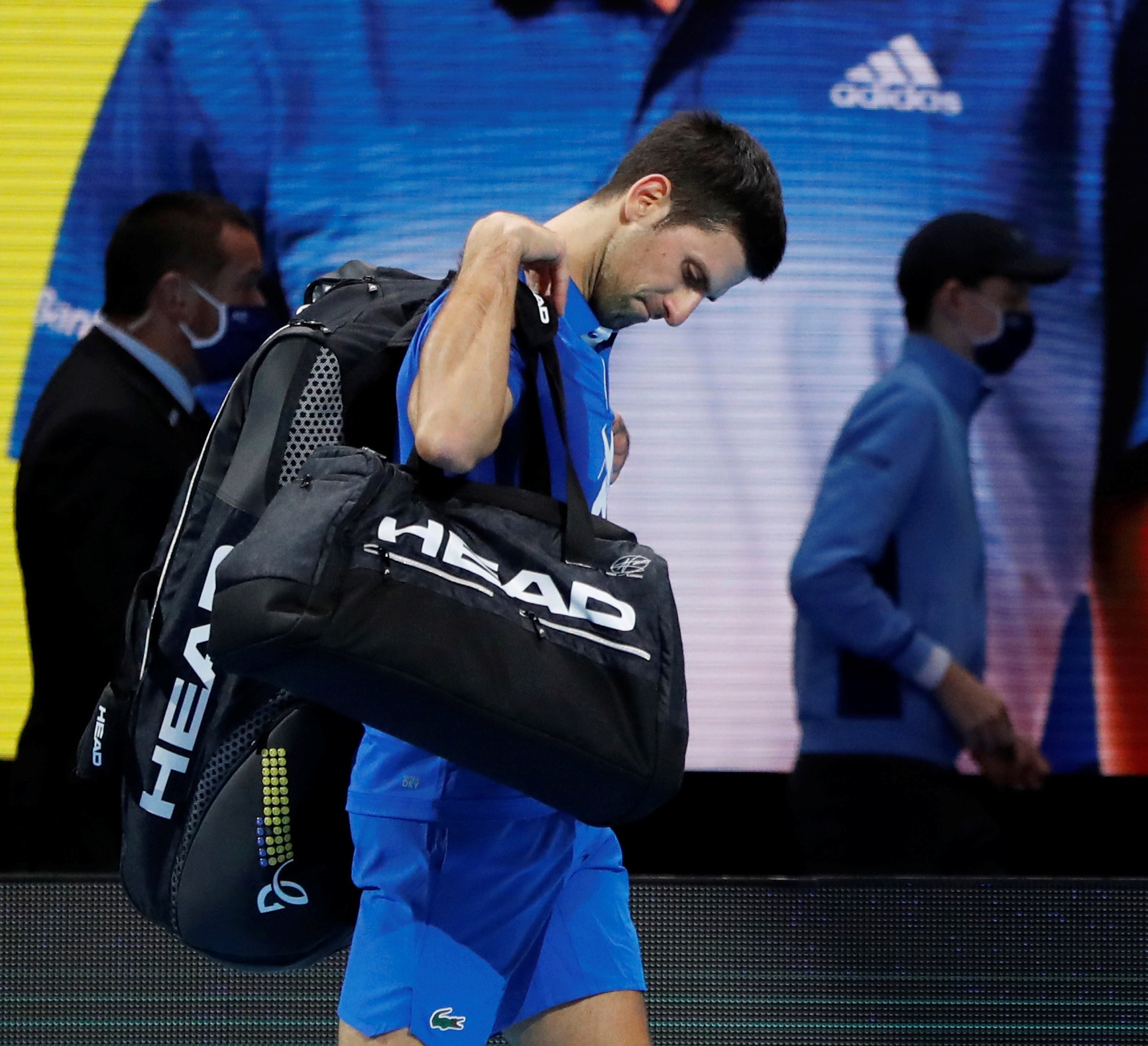 Novak Djokovic can pack his bags after his 2020 season ended by crashing out of the ATP FinalsCredit: Reuters 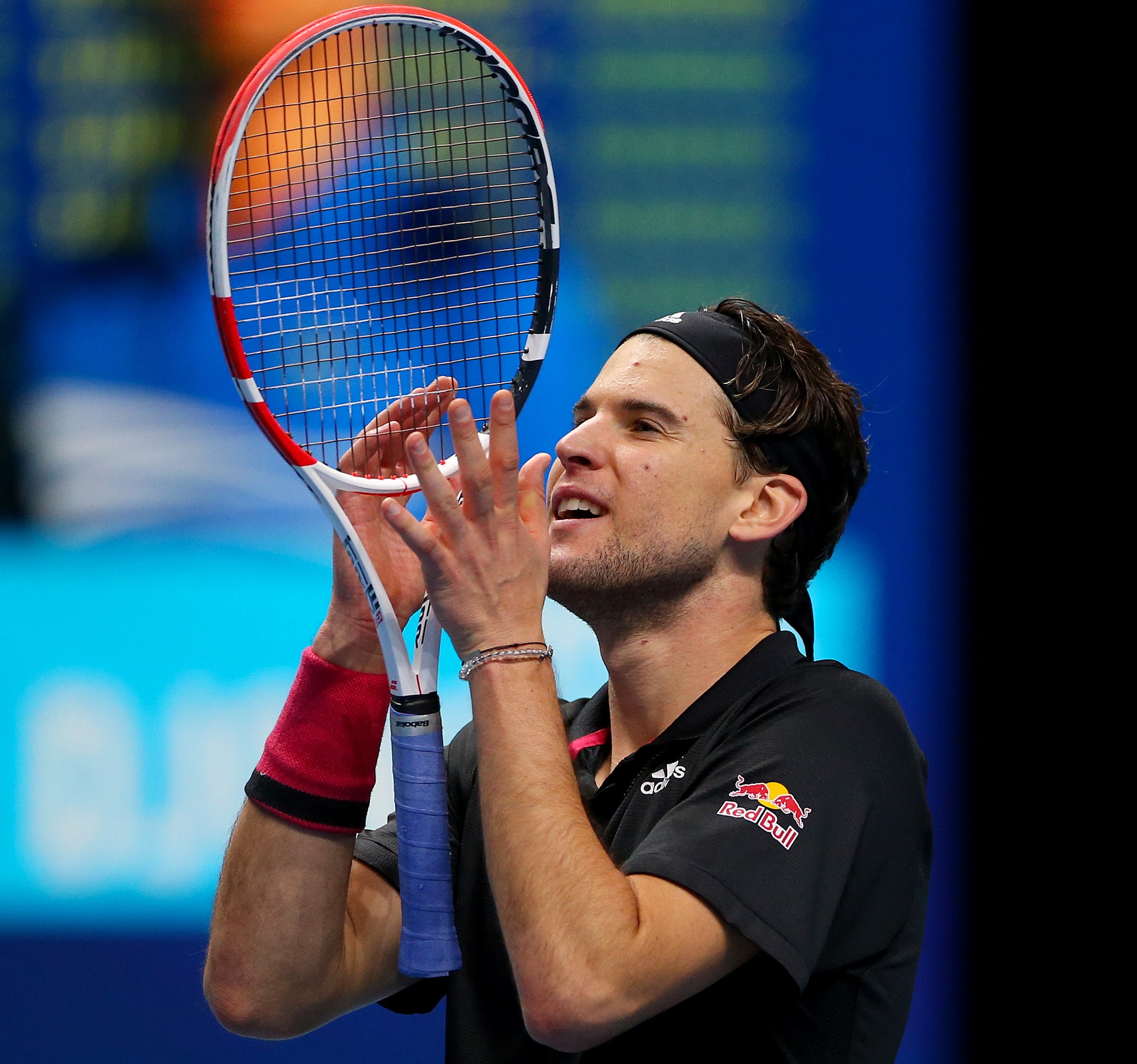 Dominic Thiem could not hide his emotion after battling past the Serbian star in three tight setsCredit: Rex Features

This has been a breakthrough year for hard-hitting Austrian Thiem and this was another significant victory.

This is the last time the season-ending event is in London before it moves to a new home in Turin.

Thiem, 27, is starting to get the upper hand over Djokovic, this win the third time in four head-to-heads that he has prevailed.

There was a brilliant lob on the line in the tenth game of the first set – it was so good that Djokovic felt compelled to applaud it – and then there was the key break in the 11th.

In the second set, Thiem has only himself to blame, carving out FOUR match points but failing to convert any of them.

That included a double fault on the second in the tie-break, which the Serb eventually claimed 12-10.

It is to the Austrian’s credit that he managed to regroup in the third set – maintaining a perfect record of 18 service games held out of 18 against arguably the sport’s greatest-ever returner – and book his place in the final once again, coming from 4-0 down in the tie-break to win 7-5.

His run of six points in a row was completed with a brutal cross-court backhand to set up another two match points and after Djokovic saved the first one serve, the world No4 closed it out as his opponent went long. 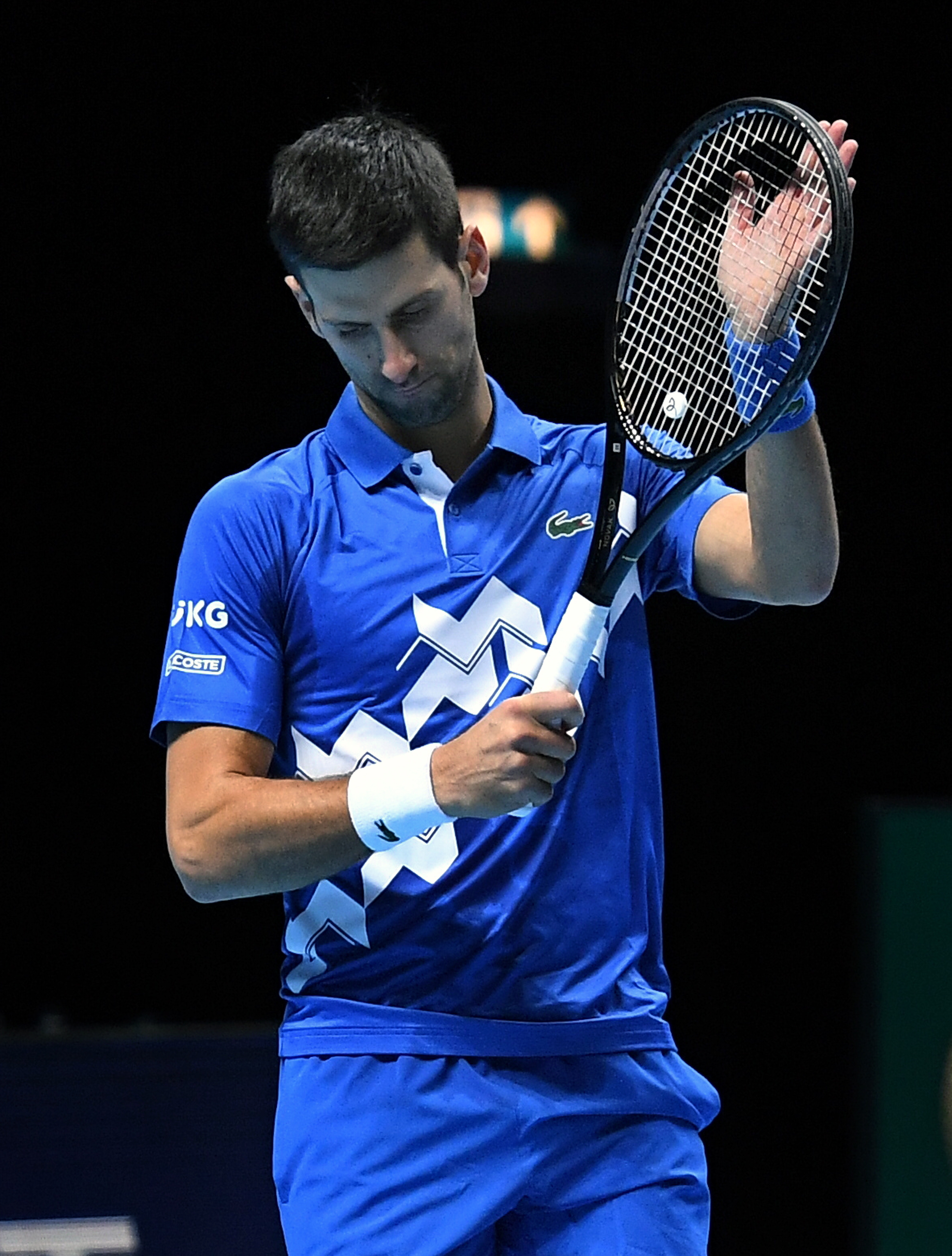 Djokovic was left applauding his opponent’s hitting several times throughout the matchCredit: EPA 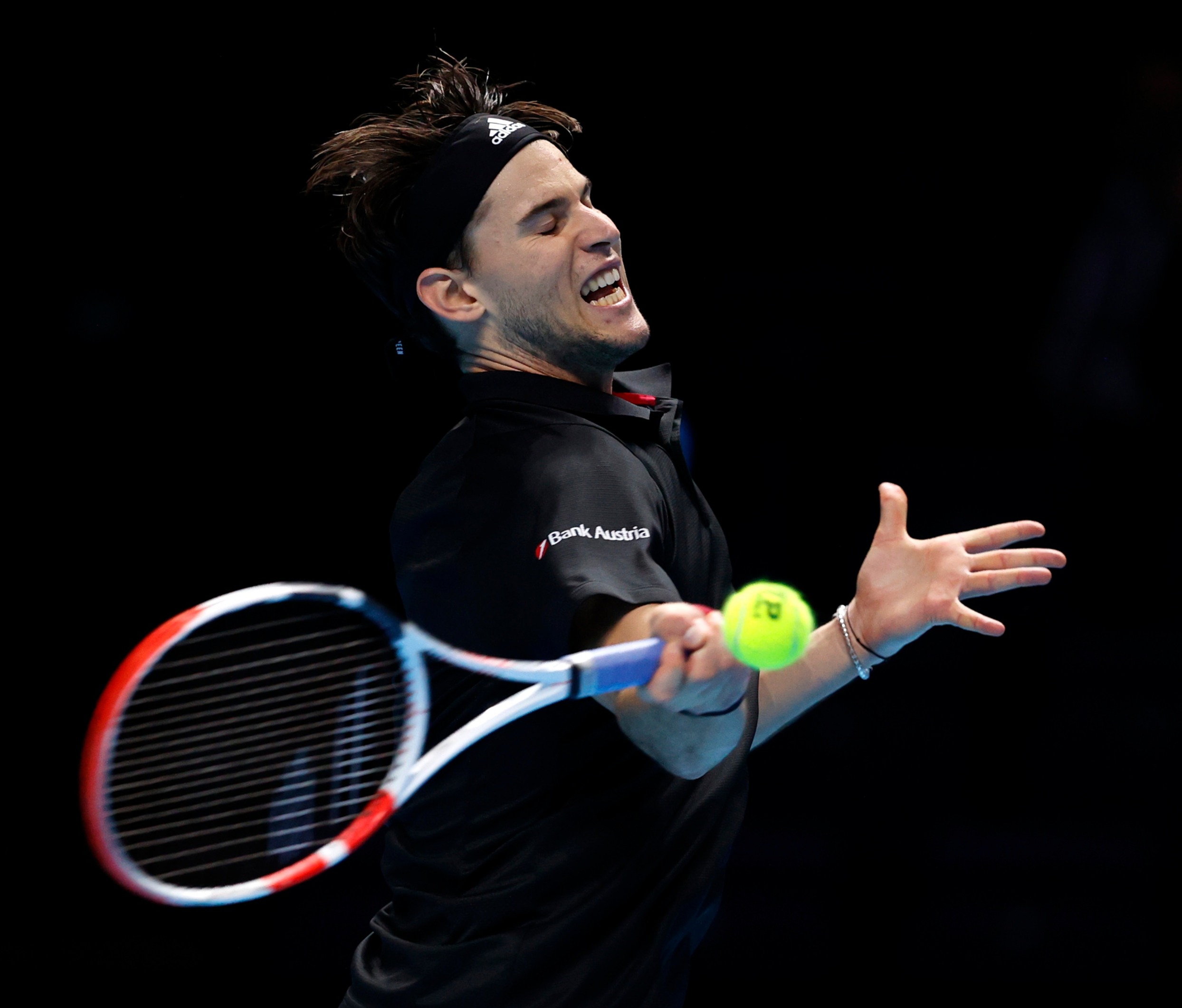 Thiem was relentless with his booming grounstrokes but was so effective with his serveCredit: Getty Images – Getty

Thiem, who won his maiden major, the US Open, in September, will play the winner of this evening’s match between Russian Daniil Medvedev and Spaniard Rafael Nadal in Sunday’s showpiece occasion.

It means there is guaranteed to be a new name on the trophy come tomorrow night.

Djokovic, 33, started the year by winning the ATP Cup and then beating Thiem for an eighth Australian Open crown.

There was legitimate belief that he could go the whole way through the season unbeaten given how well he was playing.

Then Covid-19 and lockdown happened globally and Djokovic was criticised for his anti-vax stance and his disastrous exhibition Adria Tour, which was cancelled following a glut of positive coronavirus tests.

Of course, there was the US Open disqualification and the sheer dismantling by his rival Nadal in the French Open final.

Nonetheless, Djokovic ends the year as the world No1 for a record-equalling sixth time.

Yet he knows that he cannot afford to waste any further opportunities in his attempts to catch Nadal and Roger Federer in the Slam stakes. 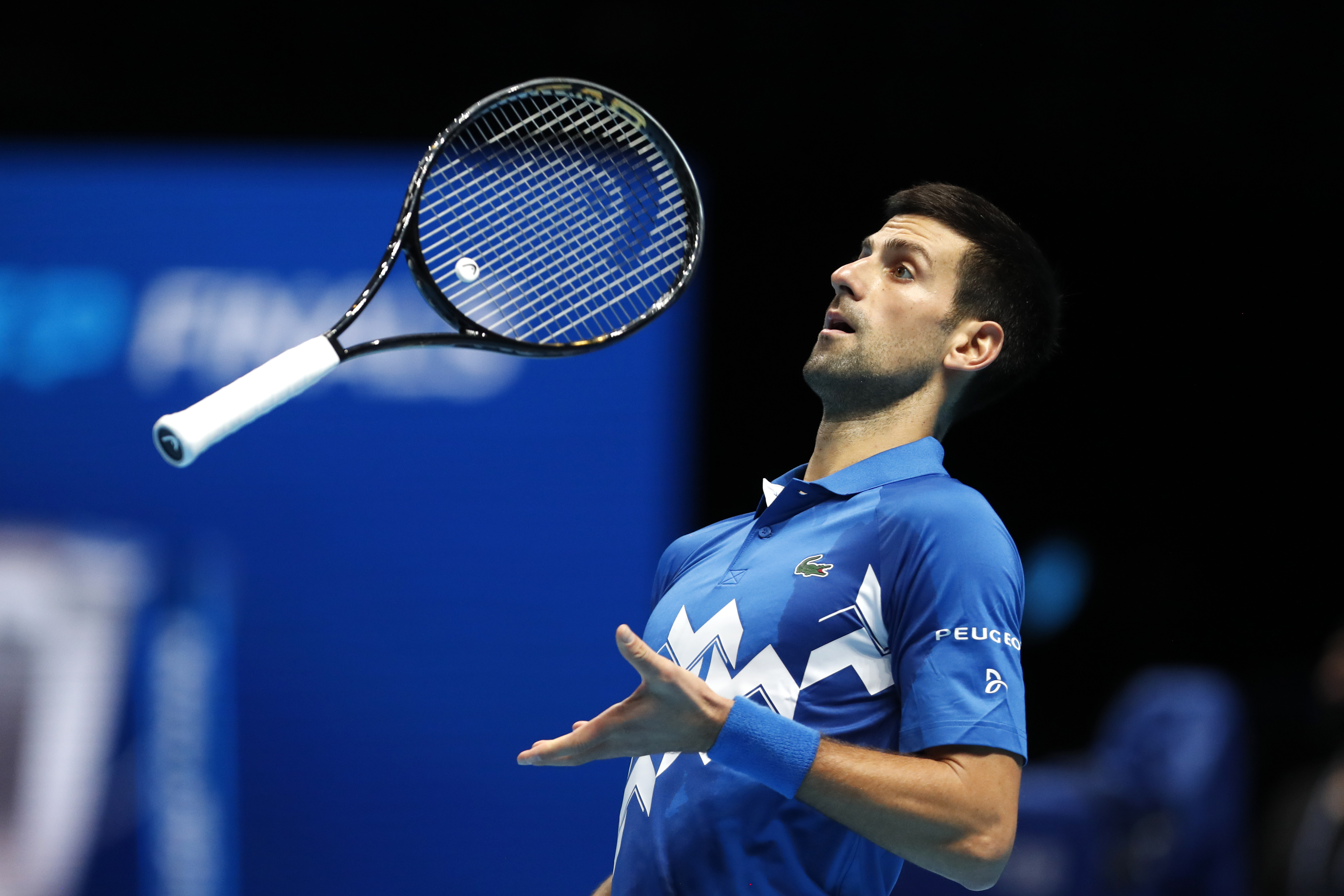 Djokovic appeared distracted at times as he played with his racket during the second-set tie-breakCredit: AP:Associated Press 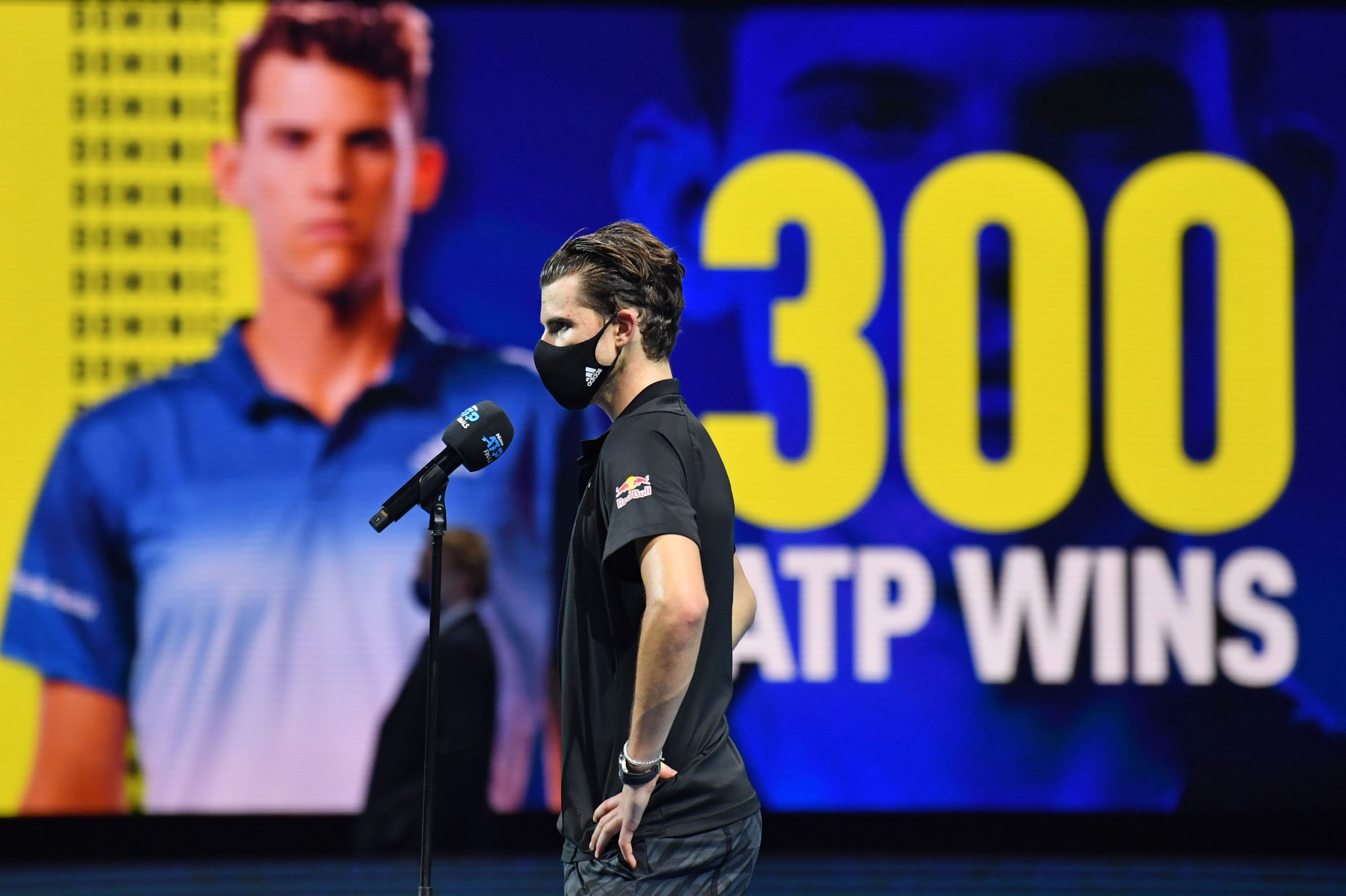 The Austrian wrapped up his 300th ATP Tour victory and guaranteed a new winner at the season-ending tournamentCredit: AFP or licensors