HE may be the World No. 1 when it comes to tennis, but anti-vaxxer Novak Djokovic does seem to talk a lot of No. 2.

The 20-time Grand Slam winner, 34, recently boasted about being granted an exemption enabling him to attempt to defend his Australian Open title.

Novak Djokovic has had his Australian visa revokedCredit: AFP 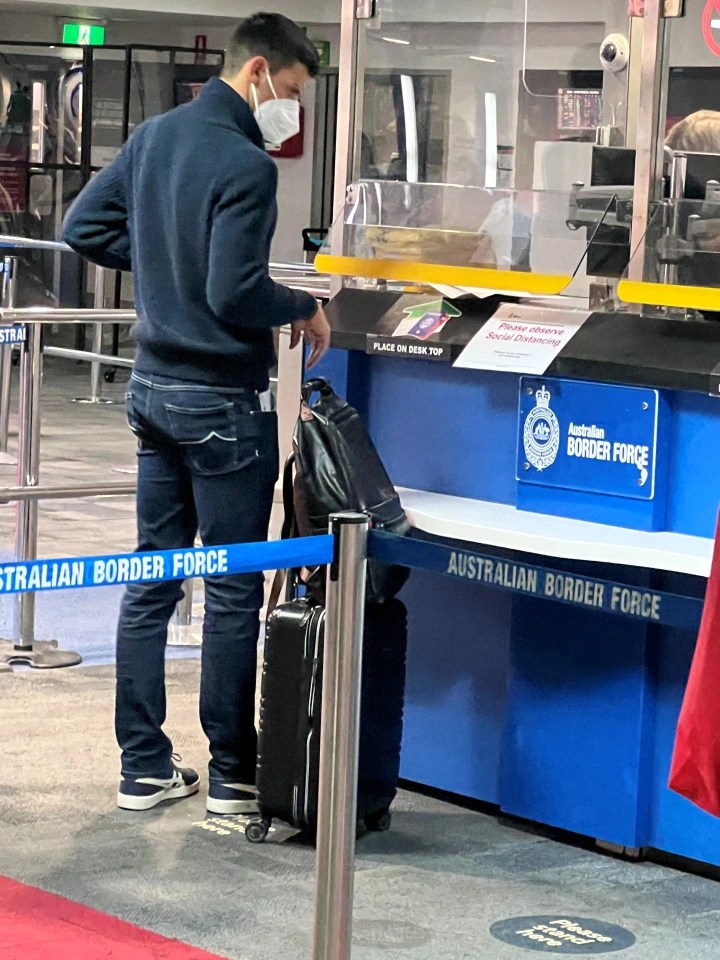 But after causing much consternation among the Aussies, Djokovic – who has said he is against vaccinations – is now awaiting deportation at a Melbourne hotel, having had his visa revoked.

This is by no means the first time Djokovic – a strong believer in the power of hugging trees – has attracted controversy.

The Serbian ace – who once claimed positive thinking could turn polluted water into drinkable water – has previously been rocked by allegations of cheating on his wife of seven years, Jelena.

He’s sparked drama on the pitch too, infuriating his opponents by taking “tactical” toilet breaks during matches.

Djokovic has been married to childhood sweetheart Jelena since 2014 and the couple have two children; Stefan, seven, and four-year-old Tara.

But their relationship hasn’t always been smooth sailing. 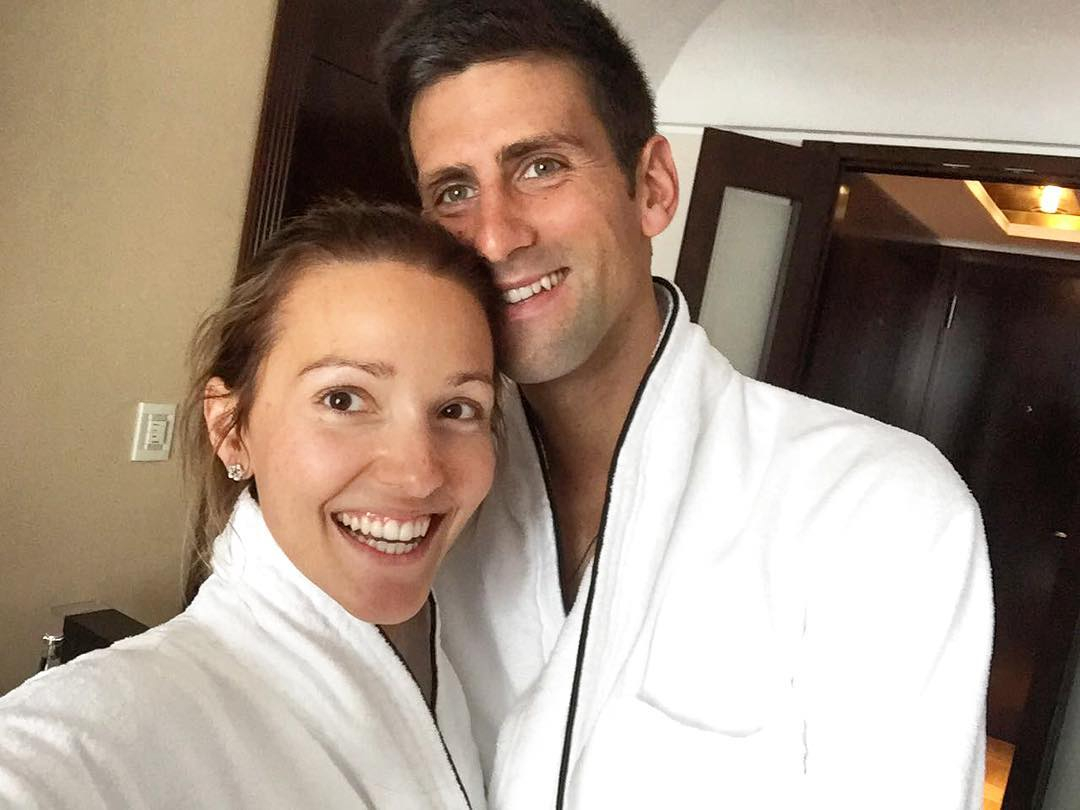 Djokovic’s marriage to Jelena has reportedly had its rocky patchesCredit: Instagram

In 2019 they were dogged by split rumours when Jelena didn’t attend any of his tennis matches at Wimbledon.

The couple insisted this was down to their daughter Tara being too young to attend, but their fifth wedding anniversary on July 10 also went unmarked in public – a stark contrast to the previous year, when Jelena posted a doting anniversary message: “Love loving you my love.”

It followed comments by tennis pundit John McEnroe in July 2017, who suggested Djokovic’s run of poor form was due to “off-court issues with the family”.

He even likened his downward slide to that of golfer Tiger Woods, who split from his wife Elin Nordegren when it was revealed he’d cheated on her with 120 women.

“Woods had the issues with his wife and then he seemed to go completely off the rails and has never been even close to being the same player,” John said.

“So we’re starting to say: ‘Wait a minute, is this possible with him, Djokovic?'”

Novak was surprised by the comments, but issued a gentlemanly response: “He has his right to say the things he wants to say. I don’t necessarily need to agree with that. But it’s his right.” 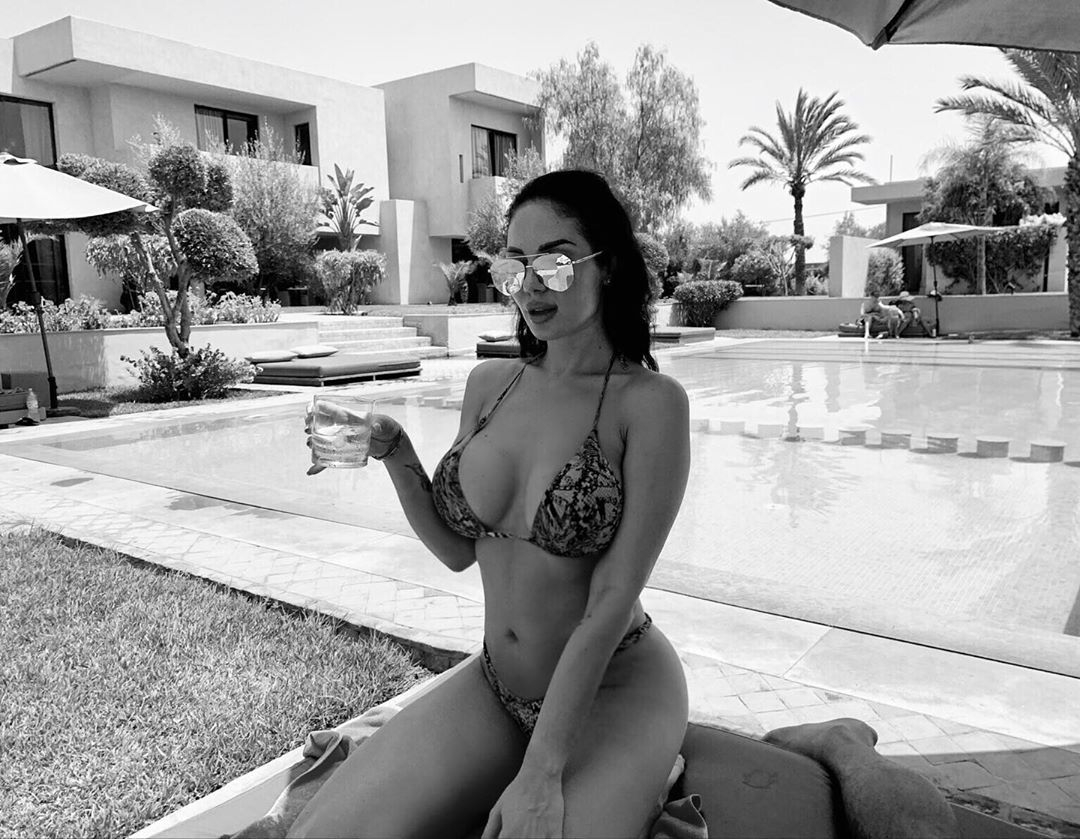 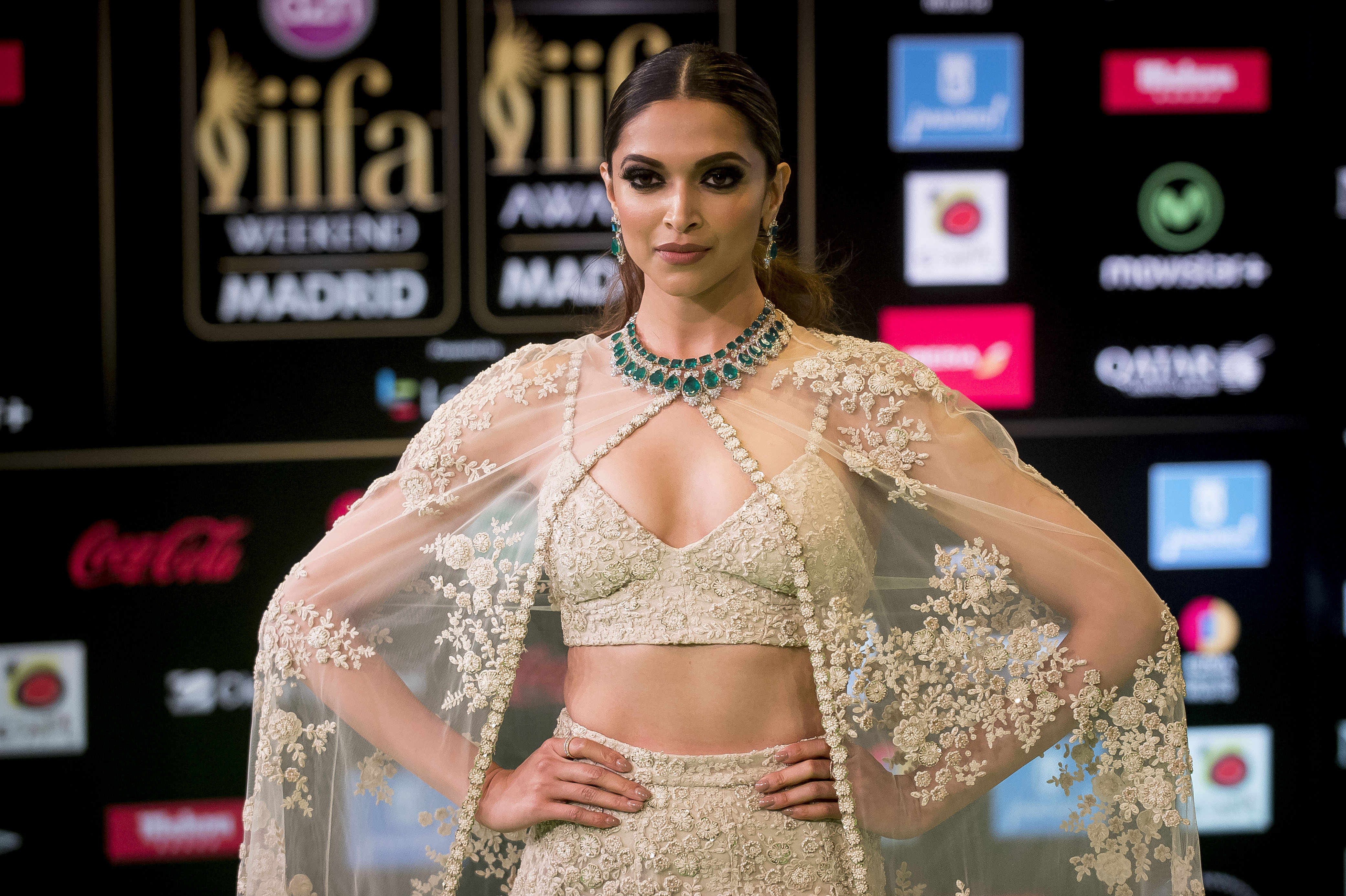 Deepika Padukone was another of Djokovic’s pals rumoured to be more than friendsCredit: AP:Associated Press

Djokovic has also come under fire for his friendships with other women, including Serbian pop star Natasa Bekvalac.

Rumours the pair were more than just pals began circulating in 2011, with speculation continuing for five more years – especially when they were both seen in Ibiza on separate holidays over the same summer.

She has always denied any hint of an affair, but that hasn’t stopped the rumour-mill.

There was also speculation about a blonde lawyer from the Ukraine, named only as Victoria, whose Instagram feed revealed she followed him wherever in the world he played.

She was quick to shoot down suggestions there was anything untoward going on between them.

Djokovic was also linked to Bollywood actress Deepika Padukone, known as Dippy, whom he was seen out with in March 2016 leaving The Nice Guy bar in Los Angeles in a black chauffeur-driven car.

He later explained that Dippy was a friend of his wife’s, although Jelena wasn’t there.

It didn’t help his case that Natasa Bekvalac waded in and, according to multiple reports, even suggested “Novak would be happier dating Deepika”. 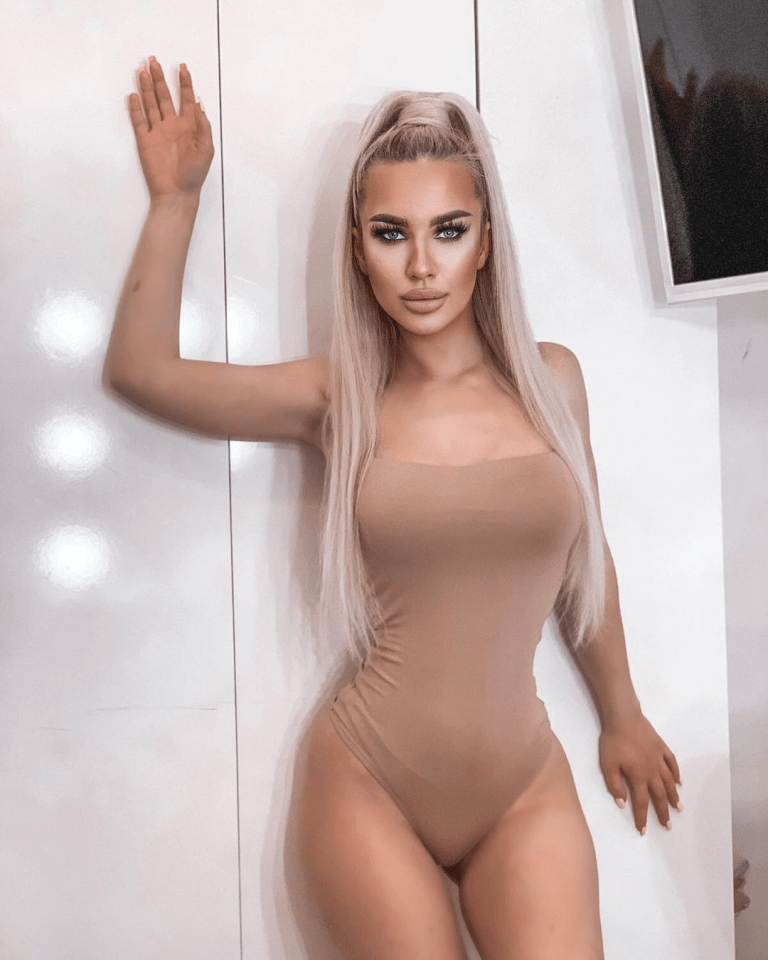 Model Natalija Scekic claimed she was offered £50,000 to trick Djokovic into bed

Last year a model claimed she was offered €60,000 (£50.1k) and a free holiday to a destination of her choice if she tricked Djokovic into sleeping with her on camera.

Natalija Scekic, from Serbia, revealed she was approached by a man to seduce the tennis star and film the encounter before sharing the footage publicly, but she refused.

Speaking to Svet&Scandal magazine, she said: “It is true that a guy contacted me. I know him from (London) and I considered him a serious guy.

“I am familiar with their work and they were good. When he asked me for a date, I thought it was for a business matter.

“However, as the conversation progressed, I saw that it had nothing to do with my life. I thought it was a hidden camera when he told me that I had to seduce Novak and film it, but not to worry about that because he was already taking care of that.

“He told me I could get about 60,000 euros for that and a trip wherever I wanted. I laughed, expecting him to say it was a joke, but the man was very serious. I felt very offended and humiliated.

“They were really preparing a hell of a plan. I was told to take Novak somewhere to an intimate place and film it all.”

It’s not just his marriage that’s come under scrutiny though, as Djokovic has often said some peculiar things about his beliefs on health.

For example, in 2010 he claimed he’d diagnosed himself with a wheat allergy by pressing a slice of bread into his stomach.

Then, in 2016, he began working with Spanish coach Pepe Imaz, a strong believer in meditation and the power of hugging trees.

He later revealed that he cried for three days afterwards at his failure to solve the issue through natural medicine.

He’s always been a strong believer in using hyperbaric chambers – where his body is exposed to pure oxygen at a much higher pressure than normal – and he actually brought a mobile version on a lorry to be parked up at Flushing Meadows for the US Open.

But since the pandemic began, Djokovic’s unconventional beliefs have become even more prominent.

At one point they promoted the idea that the power of positive thought could cleanse polluted water into the kind that was safe to drink.

He’s also a regular visitor to the “Bosnian pyramids” which some believe give off a mystic energy.

These are a set of pointed hills which a local archaeologist claims are man-made – an idea condemned as a complete hoax by other experts.

Jelena has also fallen foul to social media rules after sharing a story on Instagram – that was flagged up as false information – saying Covid-19 was caused by 5G. Both she and her husband have had the virus.

Days before his diagnosis, Djokovic was spotted partying topless at a Serbian nightclub.

Djokovic said he is against the jab during a Facebook Live chat with several other Serbian athletes in April 2020.

“Personally I am opposed to vaccination and I wouldn’t want to be forced by someone to take a vaccine in order to be able to travel,” he said.

“But if it becomes compulsory, what will happen? I will have to make a decision. I have my own thoughts about the matter and whether those thoughts will change at some point, I don’t know.” 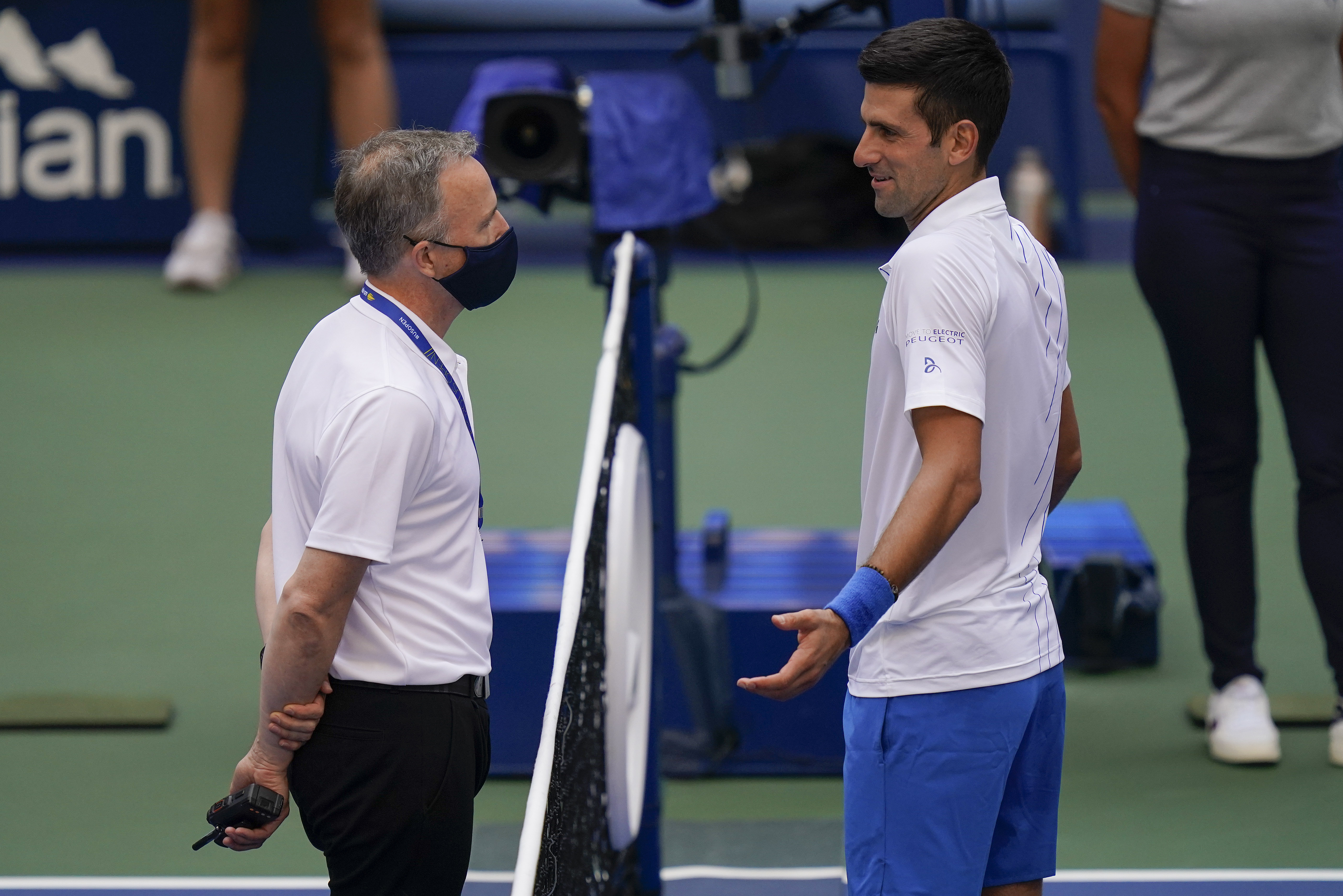 Djokovic annoys his opponents by taking tactical toilet breaks during his matchesCredit: AP

Djokovic has courted controversy during matches too – largely due to his liberal use of toilet breaks.

Men’s tennis allows for two comfort breaks in a five-set match, only in between sets.

Players are occasionally allowed to leave the court mid-set when the call of nature threatens to cross into medical emergency.

And there’s no time limit on the toilet breaks – which can annoy the other player greatly.

A Wall Street Journal analysis that surveyed score sheets, live blogs, video, and anecdotal reports of his matches found a dozen instances where Djokovic took bathroom breaks during matches at major tournaments since 2013.

All but one of them came during tense matches that went to at least four sets – and in 10 of the 12 cases, he took the next set immediately.

That gives Djokovic, who has won 78.6 per cent of his career sets at Grand Slams, an 83.3 per cent success rate following a trip to the men’s room.

And Djokovic has admitted these toilet breaks aren’t usually to relieve himself.

“You mainly use this moment to reset yourself mentally, changing your environment,” he said at last year’s French Open.

“Even if it’s a short break, you can have a few deep breaths and come back as a new player.”

But it doesn’t amuse his opponents. At the 2015 Australian Open, when Djokovic took a medical timeout during a match, Andy Murry said: “Don’t worry about him. He does it all the time.” 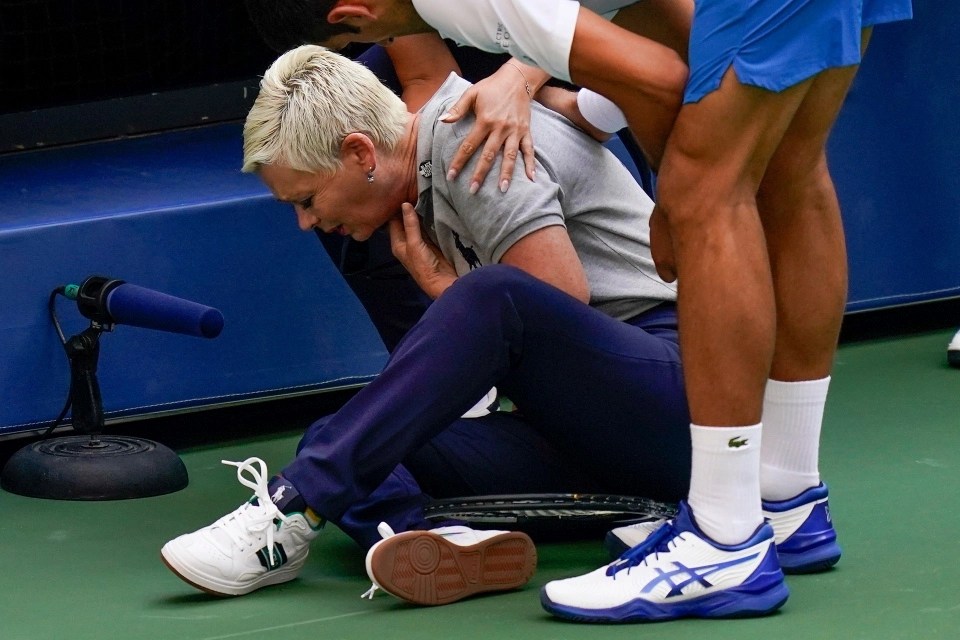 Djokovic’s temper has been known to boil over in matches and he’s had to apologise to officials on numerous occasions.

At last year’s Italian Open he “screamed” at a chair umpire while playing Taylor Fritz, moaning that he didn’t stop play due to rain, implying it cost him match-point.

He also exploded at a ball girl at Wimbledon in 2015, reducing her to tears after he yelled “towel” in her direction.

And in 2020 he was disqualified from the US Open after hitting line judge Laura Clark in the throat when he batted away a wayward ball in frustration.

She later received death threats – including a vile post saying she’d join her dead son “soon” – after fans were angry at the decision.