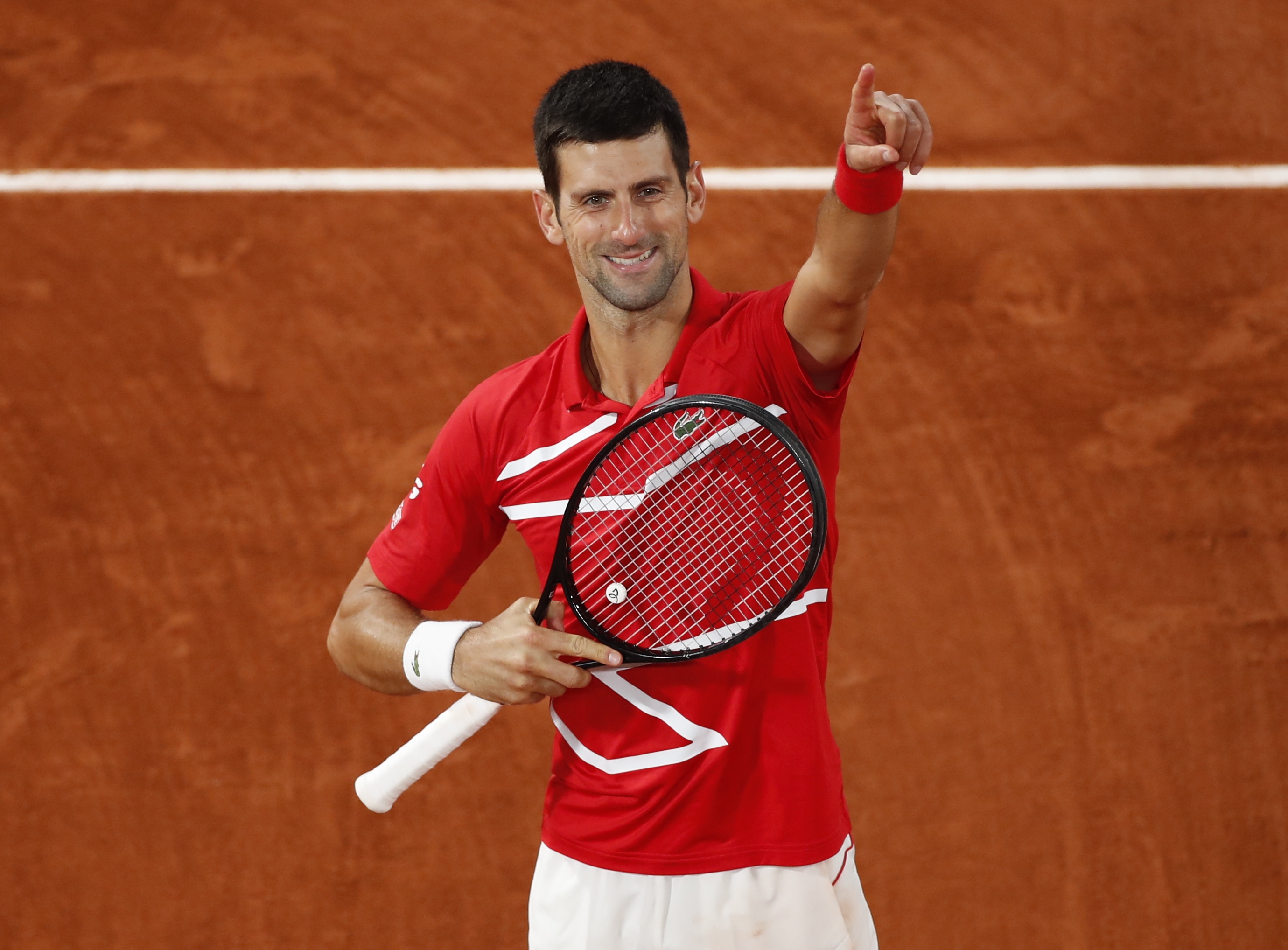 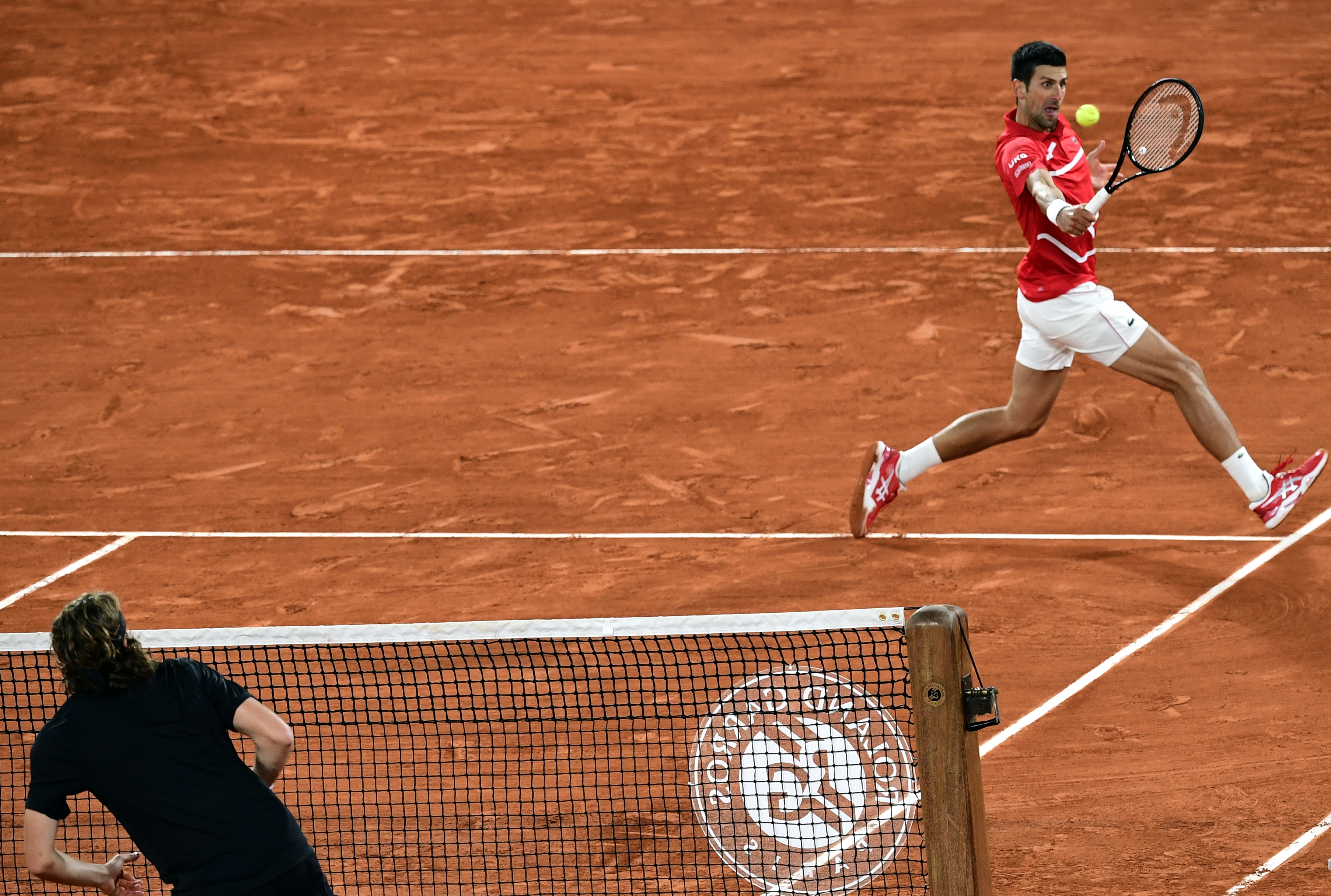 Tsitsipas and Djokovic pushed each other to the limitCredit: EPA

It’s the contest on Court Philippe-Chatrier that will save a tournament that almost never happened due to Covid-19.

But even this showpiece final nearly didn’t happen, when underdog Tsitsipas, 22, came roaring back from two sets down to force a decider in Paris.

It went to five and the momentum was with the outstanding Tsitsipas, who found his best tennis in sets three and four.

After the gruelling victory, the Serb, 33, was full of praise for his opponent.

He said: “I want to congratulate Stefanos for staying in the match.

“It’s a pity for him he was a bit tired after almost four hours on court. He is a great guy, a great player, and I hope he keeps playing great tennis during his career 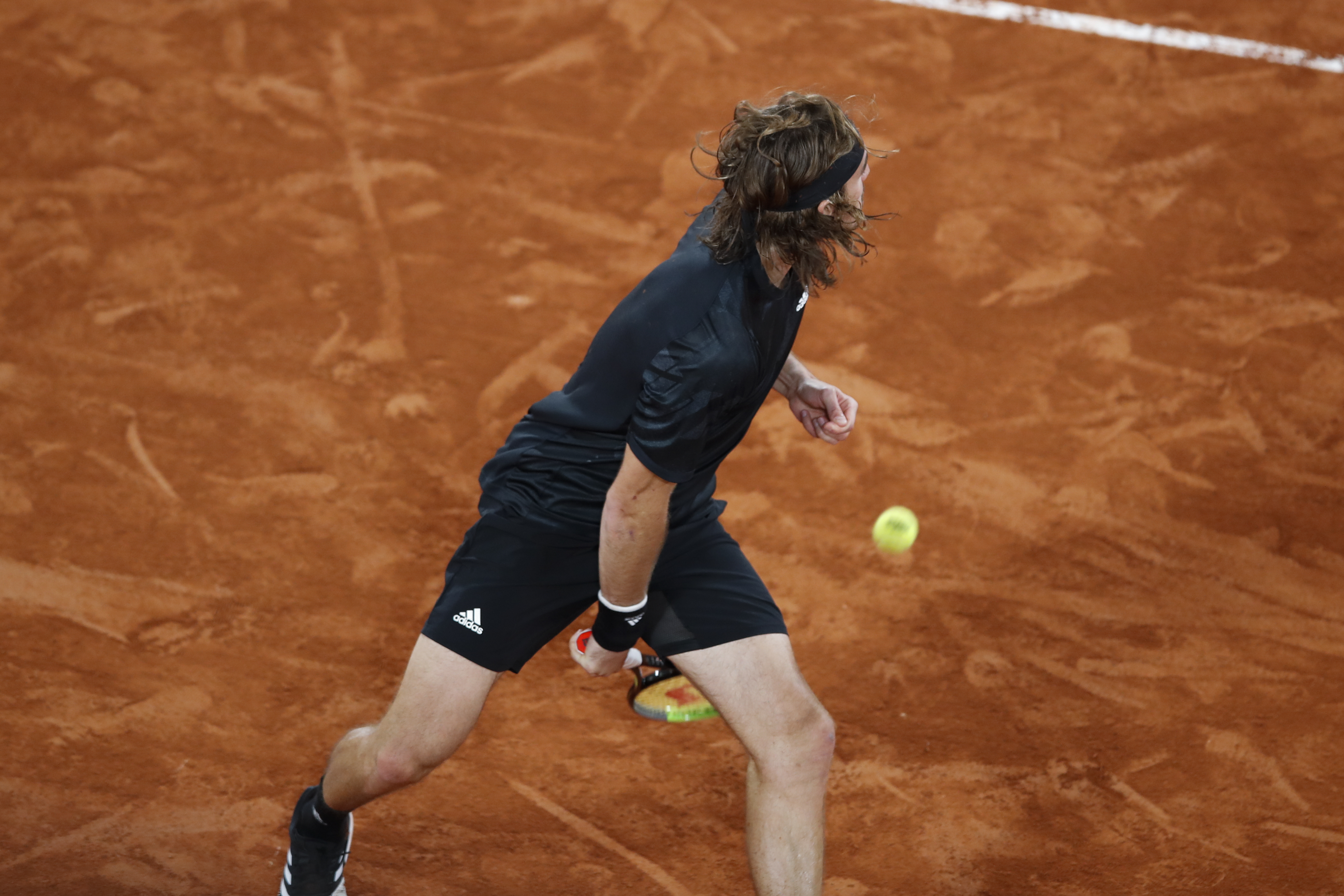 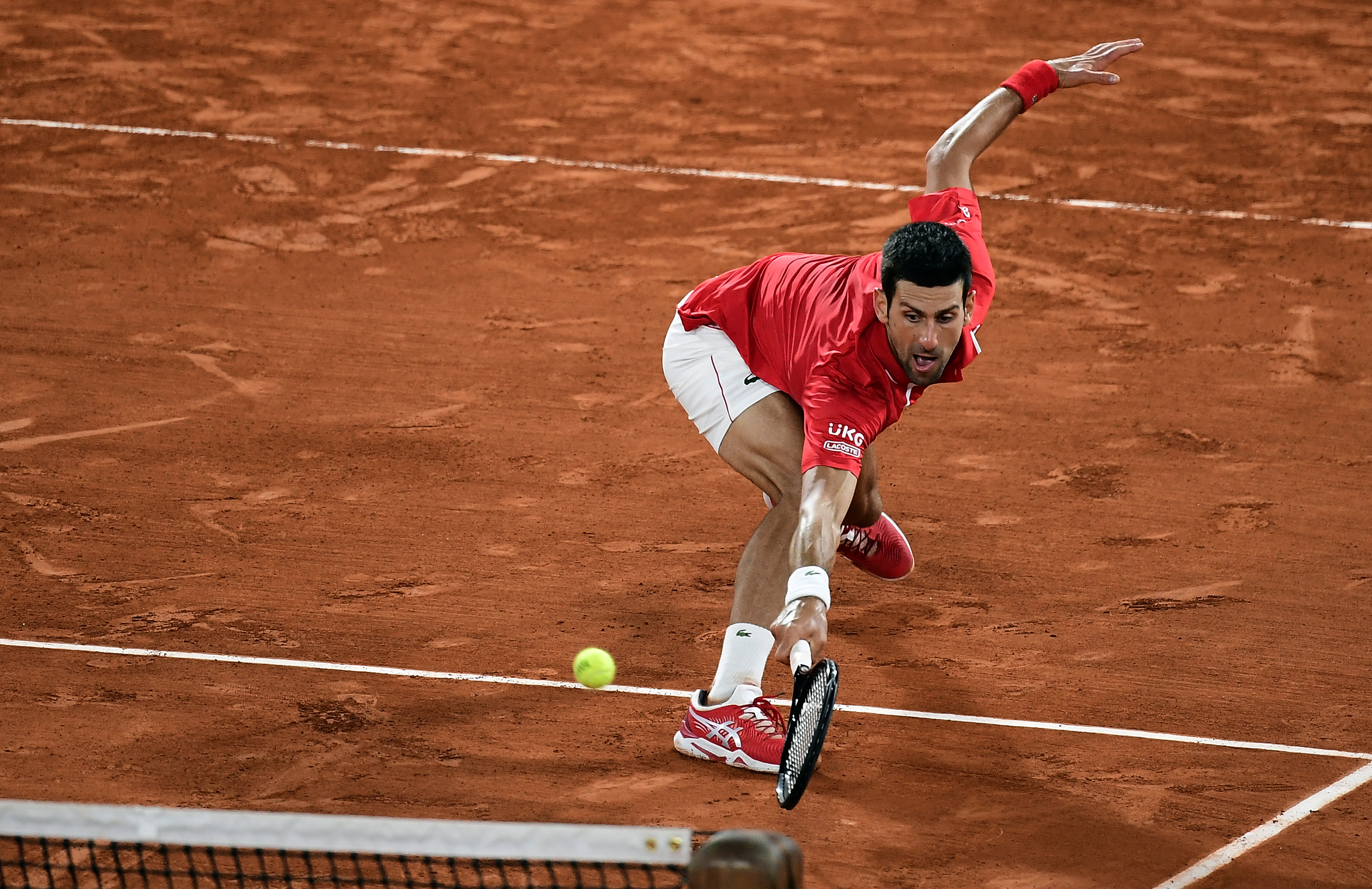 The Serb often had to be at his elastic bestCredit: EPA

“I am happy with what happened in the match and the reaction I showed after losing those sets. I tried to stay calm even though it was a different story inside.

“This is the house of Rafa because he has won so many times here. I still have memories from the 2015 quarter-finals, which creates a lot of hope. I need to play my best tennis.

“It is perhaps the biggest challenge in sport to play Nadal here at Roland-Garros on clay. But I am motivated to win.”

Sunday’s final could have huge ramifications in the history of the men’s game – with both Djokovic and Nadal seeking to overtake Roger Federer’s record of 20 Grand Slam titles.

Federer, resting his injured knees at his home in either Switzerland or Dubai, has led the way for so many years, setting the standard for others to follow.

But within the next 48 hours or so he could suddenly see his claim to be the Greatest Of All Time shared with his rival from Majorca, with Nadal currently sitting on 19 titles – 12 of which have come on the clay of Roland Garros.

And should Djokovic win it will be major No18 for the one-time French Open winner – taking him to within one of Nadal, who beat Diego Schwartzman earlier in the day to reach Sunday’s final, and two of Federer as the ‘Goat’ race hots up. 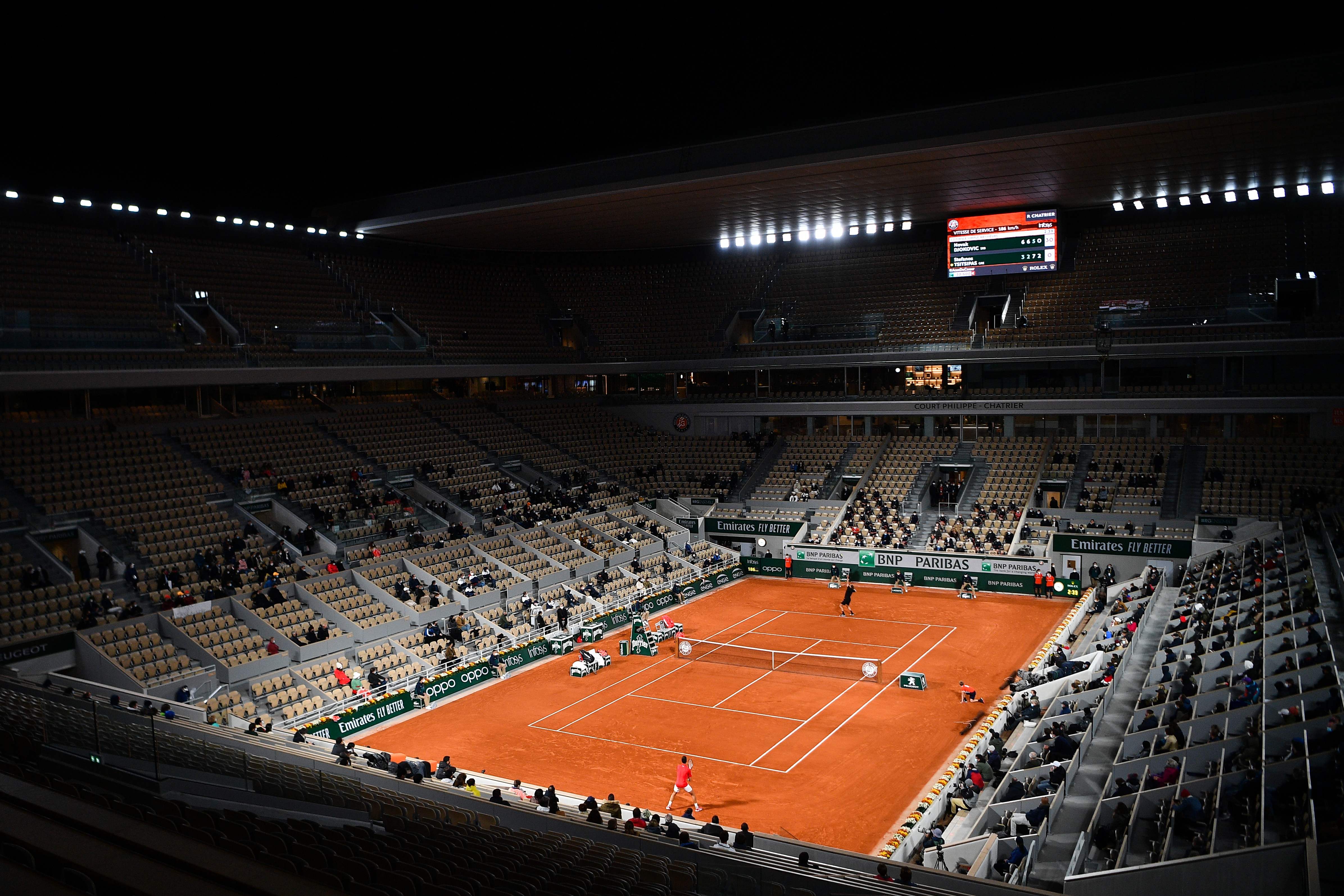 The match took place under the lights in front of a limited crowdCredit: AFP or licensors 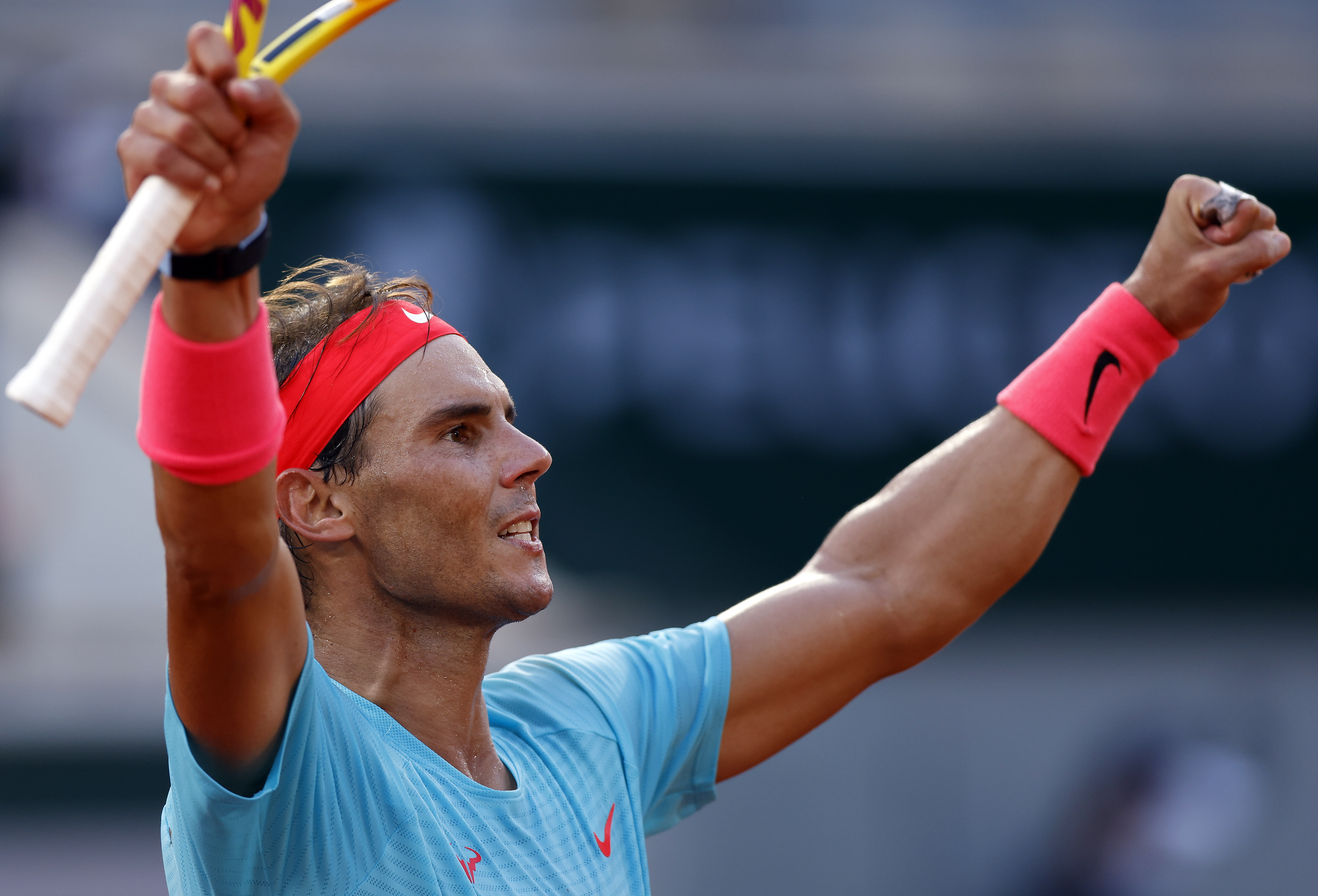 Rafael Nadal won through in straight sets against Diego Schwartzman earlier in the dayCredit: EPA