NOVAK Djokovic has met with Border Force for a secret showdown interview in a last-ditch attempt to avoid being KICKED OUT of Australia.

The 34-year tennis star is facing deportation and even being frogmarched to the airport under armed guard if his last appeal is unsuccessful.

The star faces deportation after the decisionCredit: EPA 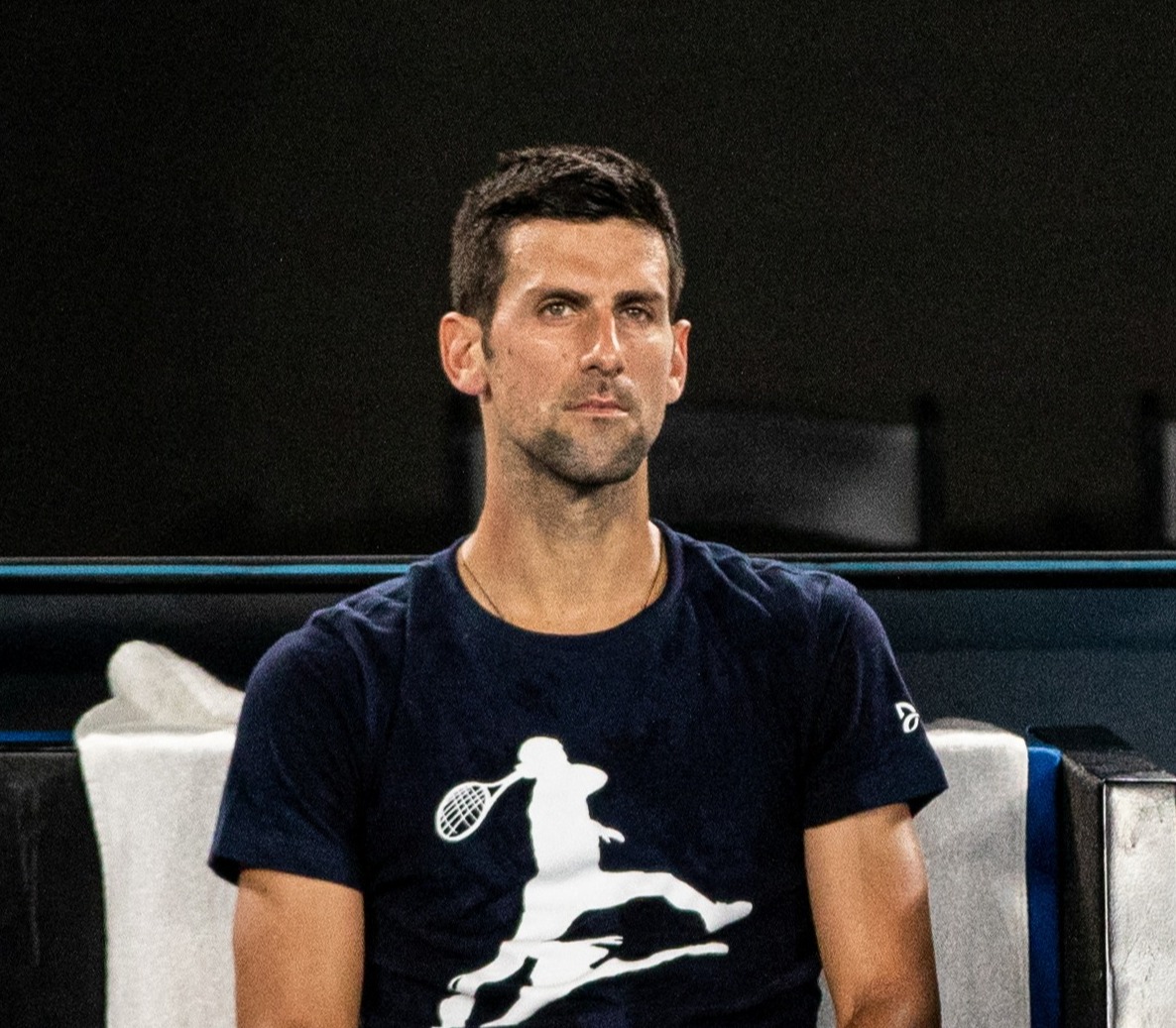 The Serbian star taking a break during practice for the Australian OpenCredit: Reuters

He met with immigration officials at an undisclosed location at 8am on Saturday as he attempts to fight deportation.

The saga over anti-vaxxer Djokovic’s jab status began when his visa was revoked when he first landed Down Under.

The latest twist saw the Australian government revoke his visa, overturning a successful appeal that saw him released from detention.

During a special night time court hearing, his legal team immediately launched a desperate last minute bid for him to stay in the country.

But in the meantime he has been told to report to a meeting with immigration officials at 8am on Saturday.

He will then be placed back in detention as the appeal rumbles on.

It’s likely he will be sent back to the Park Hotel, an infamous immigration detention hotel in Melbourne.

Last month, a guest of the hotel said that the food given to people being detained there contained maggots and mould.

Meanwhile another asylum seeker said he vomited after eating the food.

When he was there the first time, his mother Dijana spoke out about the conditions he faced.

At a press confrence in Belgrade she said: “He was trying to sleep, but he couldn’t.

“As a mother, what can I say, you can just imagine how I feel, I feel terrible since yesterday, the last 24 hours.

“They are keeping him like a prisoner, it’s just not fair, it’s not human.”

FROGMARCHED TO PLANE UNDER ARMED GUARD

If he is to be deported from Australia, Djokovic faces being escorted to the plane by armed cops.

According to the gotocourt legal website, if an application to stay is refused then a person will be arrested and removed from Australia.

“Unless you leave voluntarily, you will be arrested and removed from Australia,” writes lawyer Michelle Makela on the website.

Immigration expert Abdul Rizvi told Channel 10’s The Project about what could happen.

“The cancellation notice (would be) taken by Australian Border Force (officers) who usually dress in very, very dark uniforms and often carry guns turning up to Mr Djokovic’s hotel or on the tennis court.”

He ordered the federal government not take any steps to remove the star from Australia before his appeal is resolved.

If successful he could be playing fellow Serb Miomir Kecmanovic in the first round of the Australian Open, which begins on Monday and for which he is the number one seed.

One order would be an injunction preventing his deportation, such as what he won in court last week.

The second would force Hawke to grant Djokovic a visa to play.

After Saturday’s meeting Djokovic will be allowed to visit the offices of his lawyers to discuss his case.

He will be escorted by two Border Force officials, who are routinely armed.

And he can return to those offices on Sunday, when a final hearing on the matter is expected to take place.

He will then be kept in detention except to attend online court hearings at his solicitors’ offices, with Border Force officials deployed on the same floor.

If he loses his appeal and is deported then he would banned from Australia for three years.

He will be 37 by the time he is able to return to the the country and play in the Australian Open.

The nine-time Australian Open winner was hoping to defend his title next week.

If he won it would make him the most successful male tennis player in history with a record 21 Grand Slam titles.

Australian Immigration Minister Alex Hawke used his powers to revoke Djokovic’s visa after a court released him from detention on Monday.

He said the decision was made on the grounds of “health and good order grounds, on the basis that it was in the public interest to do so”.

The government “is firmly committed to protecting Australia’s borders, particularly in relation to the Covid-19 pandemic,” Hawke added.

Djokovic could be jailed after admitting he broke Serbian isolation rules after testing positive for Covid in December.

In a lengthy statement, Djokovic admitted he defied rules and took part in a photo shoot and interview with French newspaper L’Equipe in an “error of judgement”.

Under Serbian law, breaking Covid rules can result in a jail sentence of up to three years. 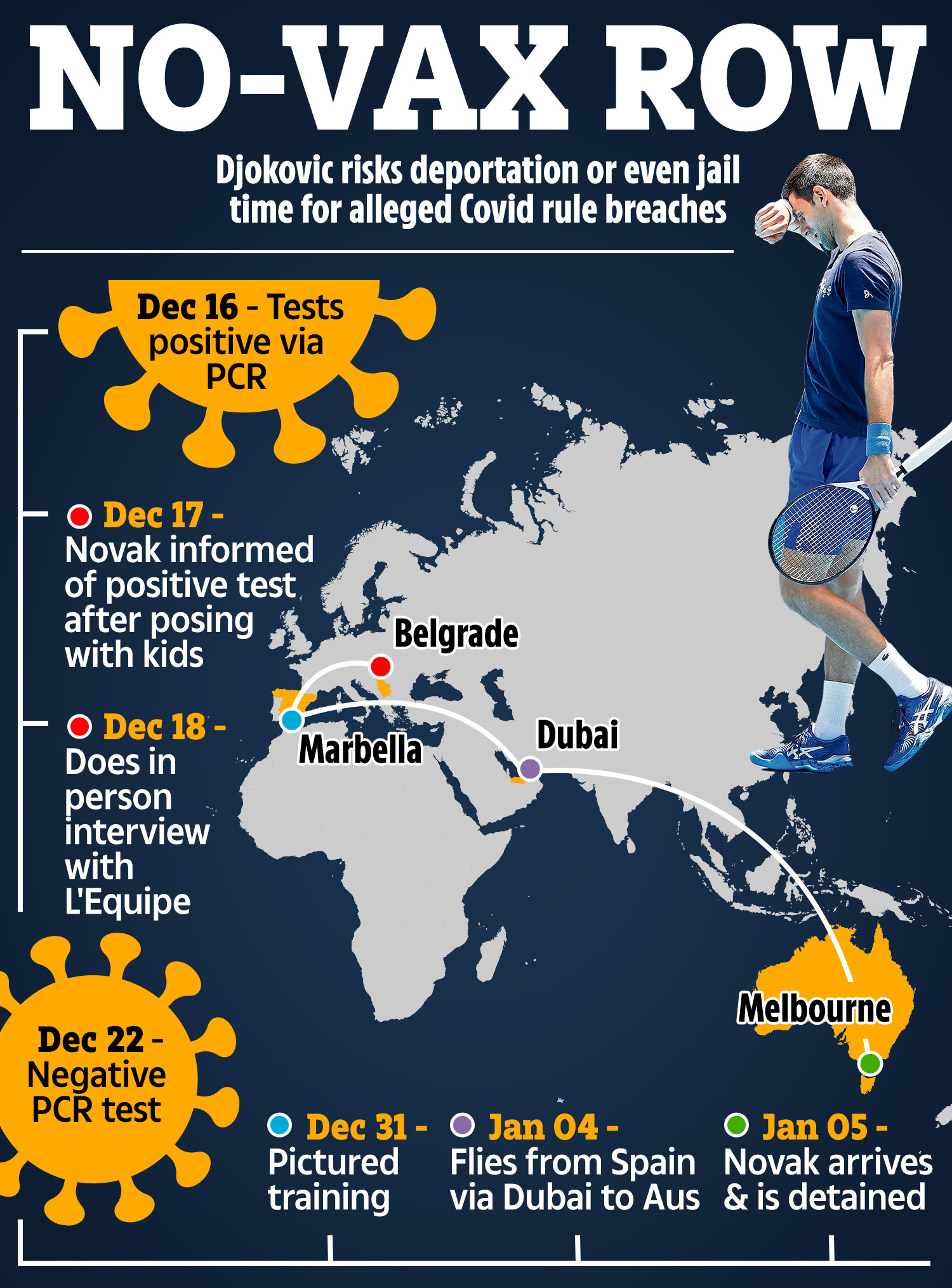 Djokovic’s visa was first revoked shortly after his arrival in Melbourne on 6 January.

The star spent hours a the airport and then spent days at an immigration hotel.

He also faced a backlash from the Australian public, who have lived under some of the world’s longest and strictest lockdowns during the pandemic.

Cricket legend Shane Warne was among those calling for Djokovic to be deported.

“Novak is a great tennis player & one of the all time greats,” Warne tweeted.

No doubt. But he’s lied on entry forms, been out in public when he knew he had Covid & is now facing legal cases.

Days later his visa was reinstated by a judge who ruled that border officials ignored correct procedure when he arrived.

In the meantime it emerged the Monte Carlo-based star had incorrectly said on his immigration declaration he hadn’t visited any other countries within14 days of arriving in Melbourne.

In fact he was filmed playing tennis in the streets of the Serbian capital Belgrade on December 25.

That has led to speculation the incorrect information could lead to him facing jail. 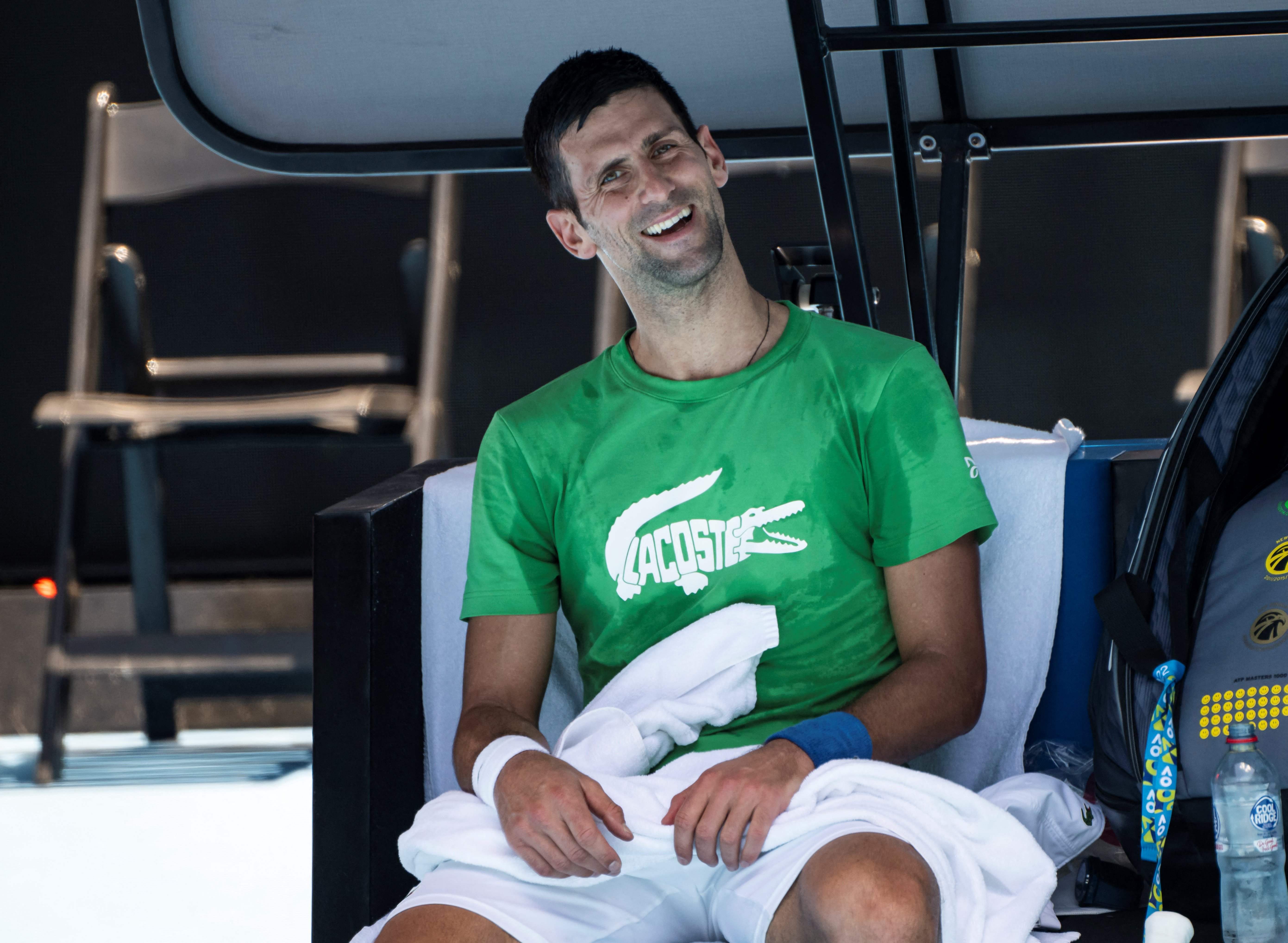 Djokovic appear relaxed earlier this week as he awaited the decisionCredit: AFP 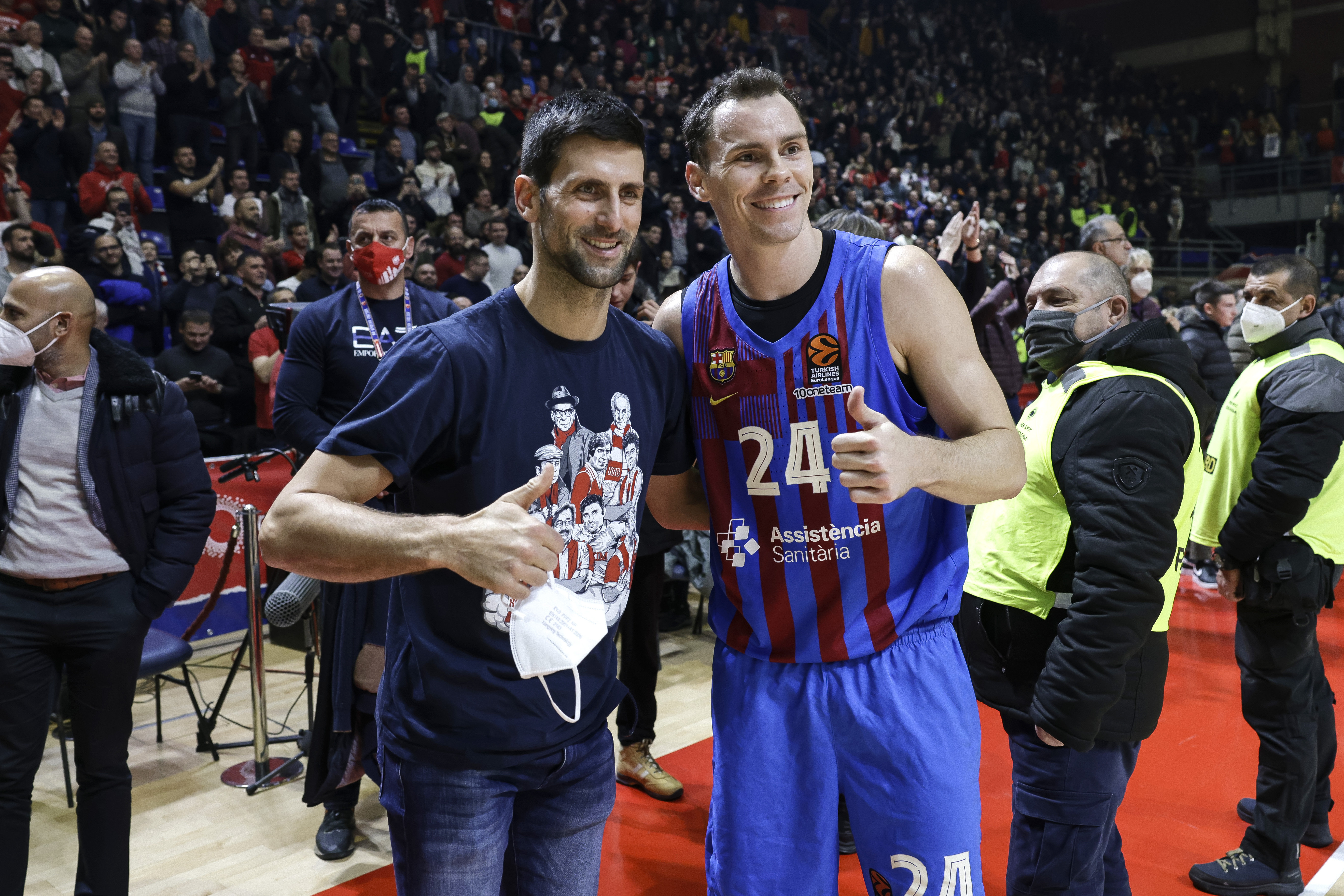 He was pictured in Belgrade before he arrived in AustraliaCredit: Getty 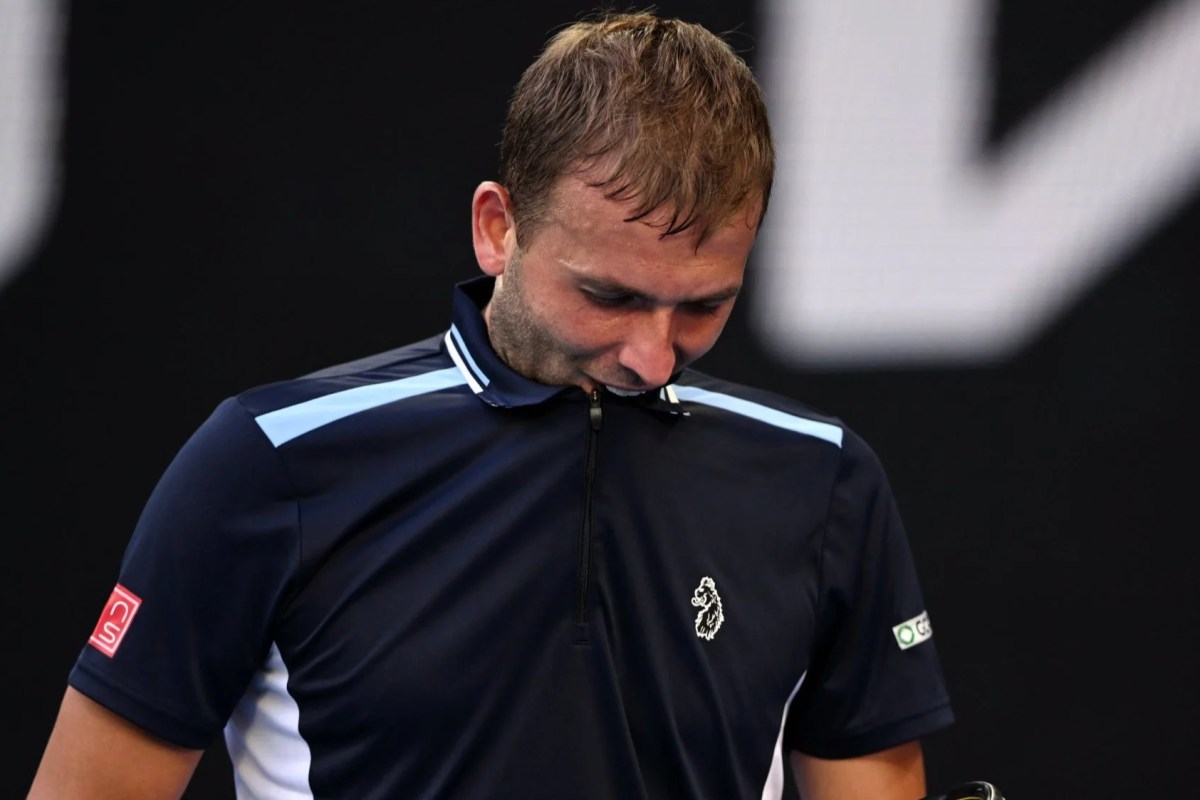