RAFA NADAL is one victory away from equalling Roger Federer’s tennis majors record as he cruised into another French Open final.

The Spaniard, the undisputed King of Clay, won a 99th match at Roland Garros as he crushed Argentine Diego Schwartzman 6-3 6-3 7-6. 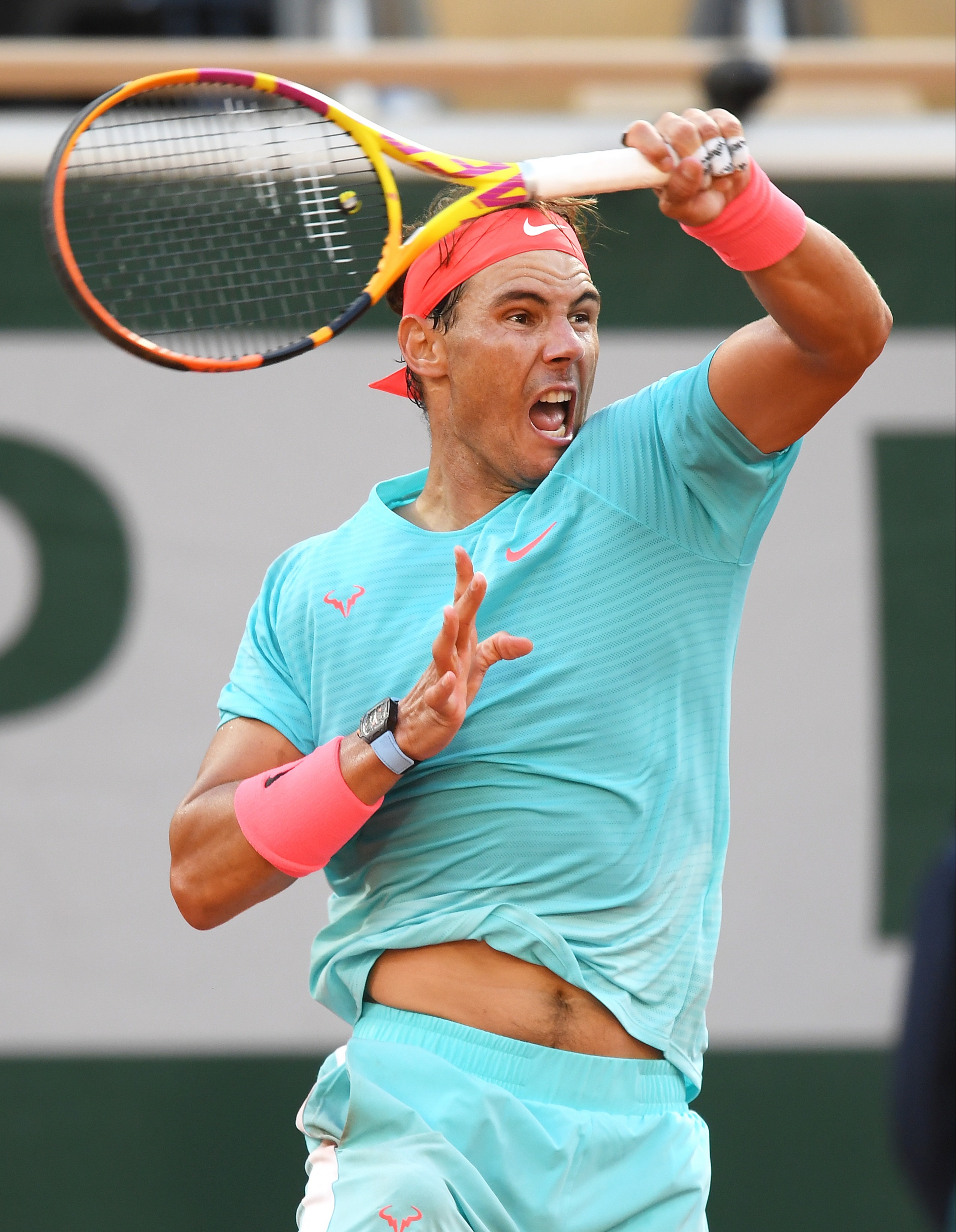 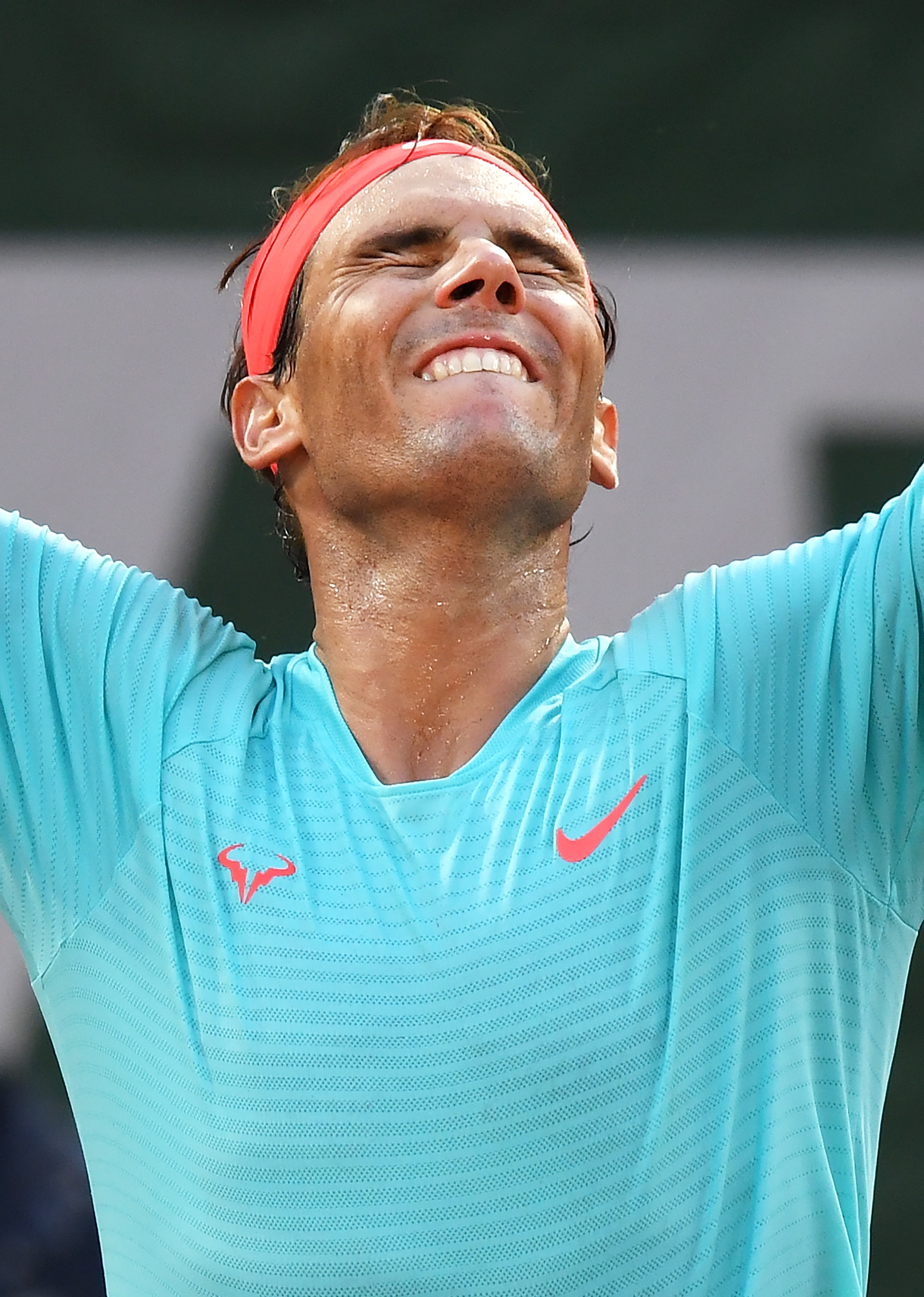 Nadal is looking to win the French Open for an incredible 13th timeCredit: Getty Images – Getty

Yet to drop a set in six matches, the 12-time men’s champion in Paris will face either Novak Djokovic, the world no.1, or emerging Greek star Stefanos Tsitsipas in Sunday’s showpiece occasion on Court Philippe-Chatrier.

If he wins this year’s French Open – and he will be the overwhelming favourite to do so – then it will represent a 20th men’s singles major across 15 years.

Federer, resting his injured knees at his home in either Switzerland or Dubai, has led the way for so many years, setting the benchmark for others to follow.

But within the next 48 hours or so he could suddenly see his claim to be the Greatest Of All Time shared with his rival from Majorca.

For Nadal, 34, this semi-final result gave him a real element of personal satisfaction.

It was a slice of revenge for losing to Schwartzman three weeks ago in the Italian Open quarter-finals, his first clay event post the Covid-19 lockdown.

Schwartzman offered plenty in the opening stages. The opening game took 14 minutes and it looked as if this would be a much more even contest than we had expected.

Indeed the first set took over an hour but as so often on his favourite surface, on his preferred court, Nadal found a way to prevail. 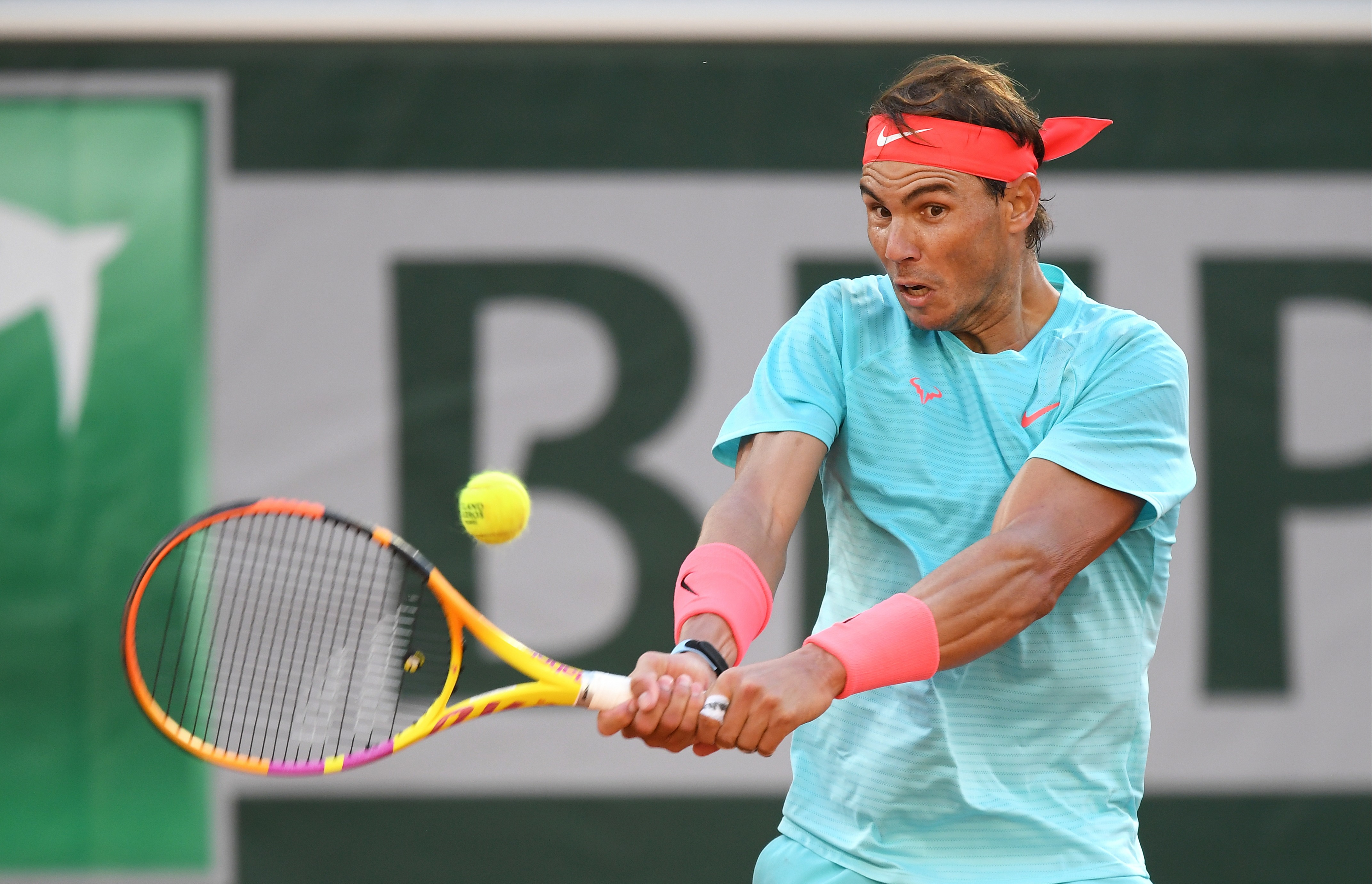 Schwartzman, 28, must have realised it was not going to be his afternoon as he argued at least twice with the chair umpire over line calls that did not go his way.

A row the Buenos Aires bandit, regardless of how hard he persisted, was never going to win in reality.

Curiously, Nadal’s extraordinary level dipped in the third set as the unforced error count rocketed up and Schwartzman carved out some key break points.

But the South American was unable to deliver any significant blow in the third-set tie-breaker, losing for the 10th time in 11 meetings to the Spanish superstar.

As Nadal began his post-match routine and preparations started in earnest for Sunday’s finale, he could at least console himself that he has managed this past fortnight to cope admirably with the unusual conditions.

On the eve of the tournament he blasted the French Open officials, slamming the cold weather and “dangerous” balls.

The conditions, he claimed, were “probably the most difficult conditions for me ever in Roland Garros for so many different facts”.

The event was moved from its traditional May/June slot to September/October due to the Covid-19 pandemic.