RAFAEL NADAL battled past Jannik Sinner in straight sets in a French Open quarter-final that ended at 1.30am. 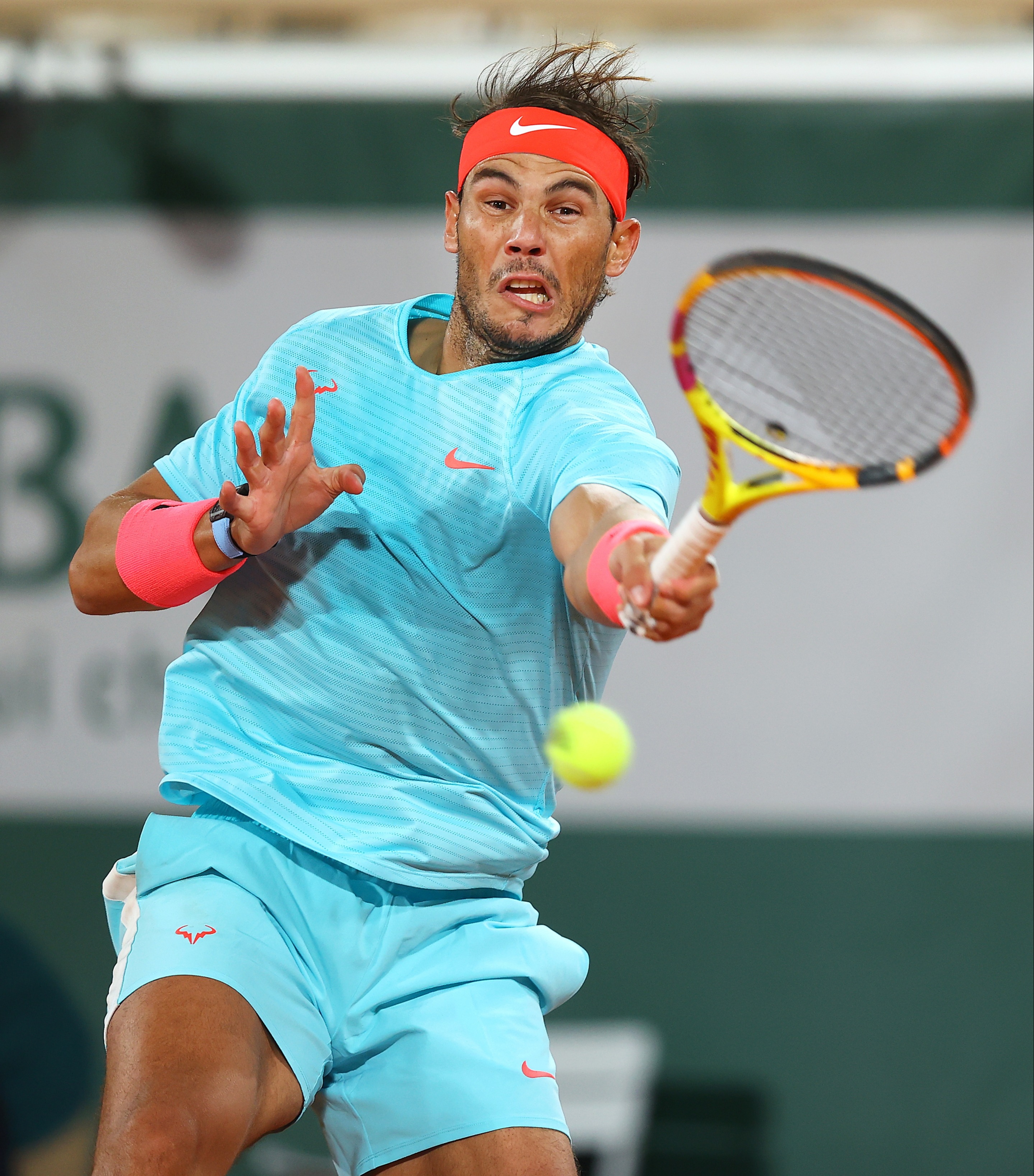 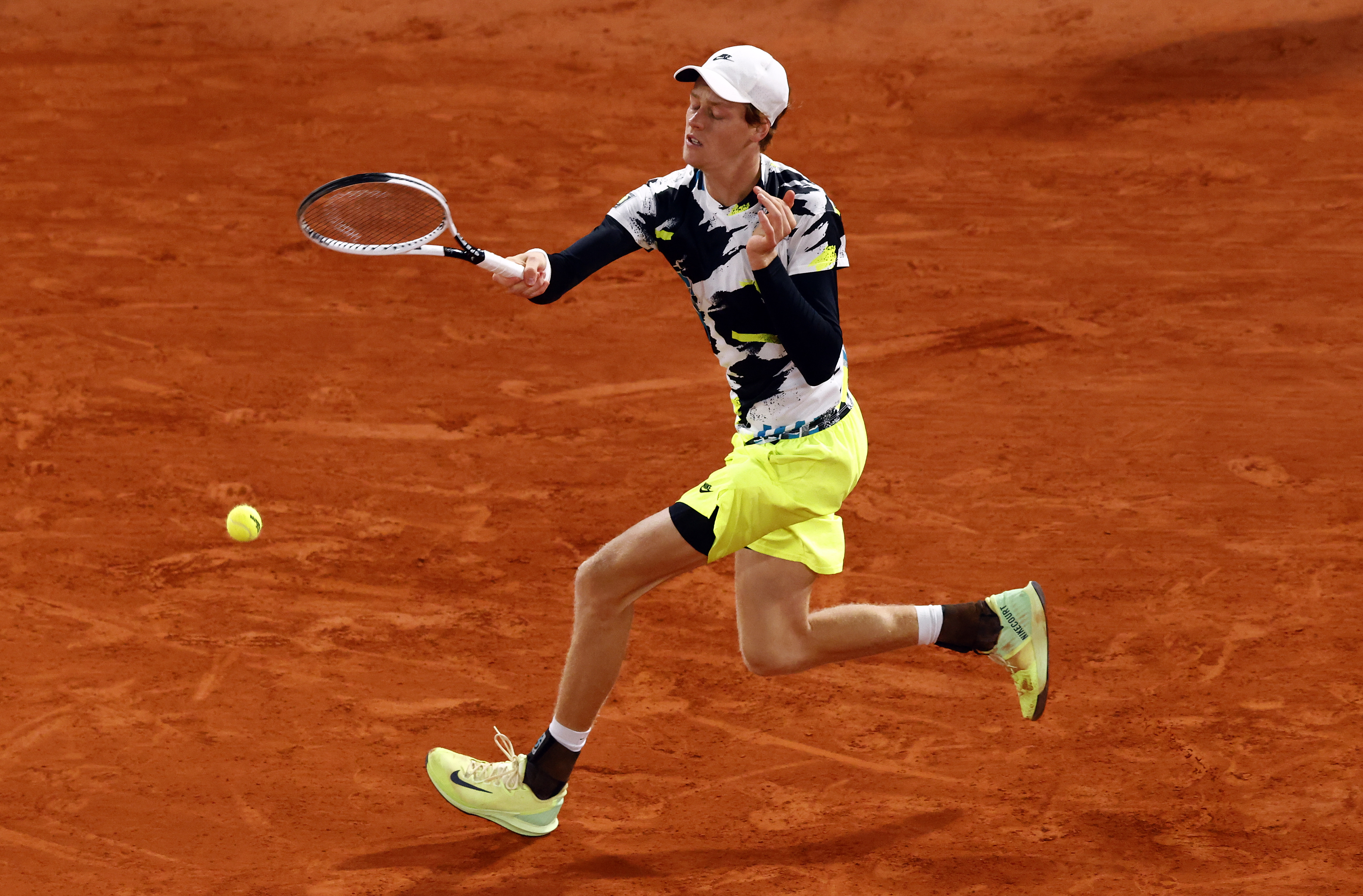 Sinner pushed Nadal with his ferocious groundstrokes off both wingsCredit: EPA

Nadal is a 12-time champion at the clay-court Grand Slam – and has a 24-0 record in the semi-finals and finals so far.

Next up for Nadal will be No12 seed Diego Schwartzman on Friday, after the Argentine beat third seed Dominic Thiem in five sets.

Nadal will be buoyed by the knowledge he has won nine of their previous ten matches.

But Schwartzman won their most-recent encounter – on the Rome clay just last month.

Following his gritty win over Sinner, Nadal said: “Thank you very much for staying this late; very tough conditions out here tonight.

“Sinner is a talented youngster; he plays with a lot of power, delivering great shots.

“It was a challenging battle for two sets, especially in the closing stages of the first, when I got lucky to pull that break back at 5-6.

“The conditions were a bit difficult because he was hitting every ball very hard. 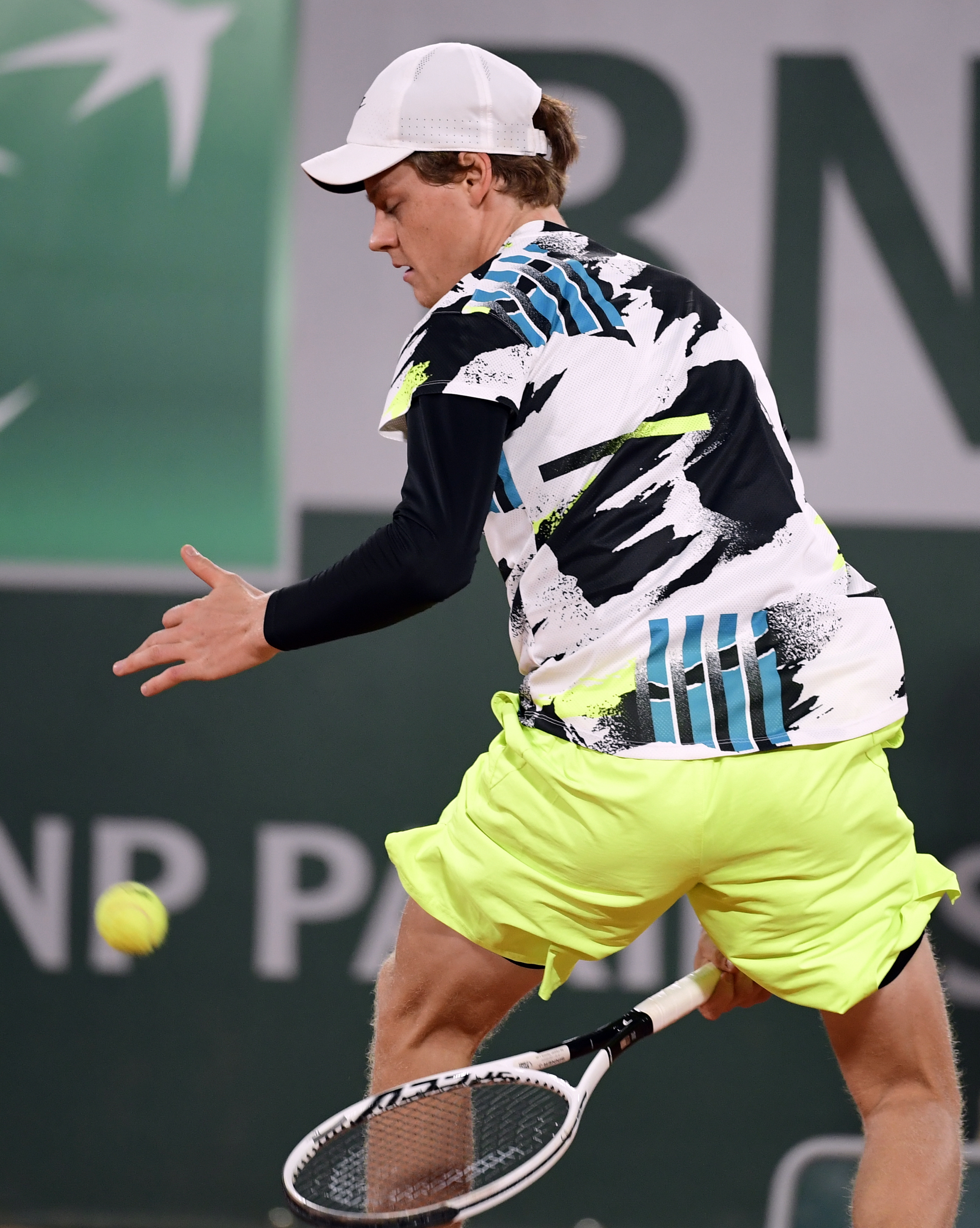 The exciting Italian put on a show for the fans who stayed late to watchCredit: EPA 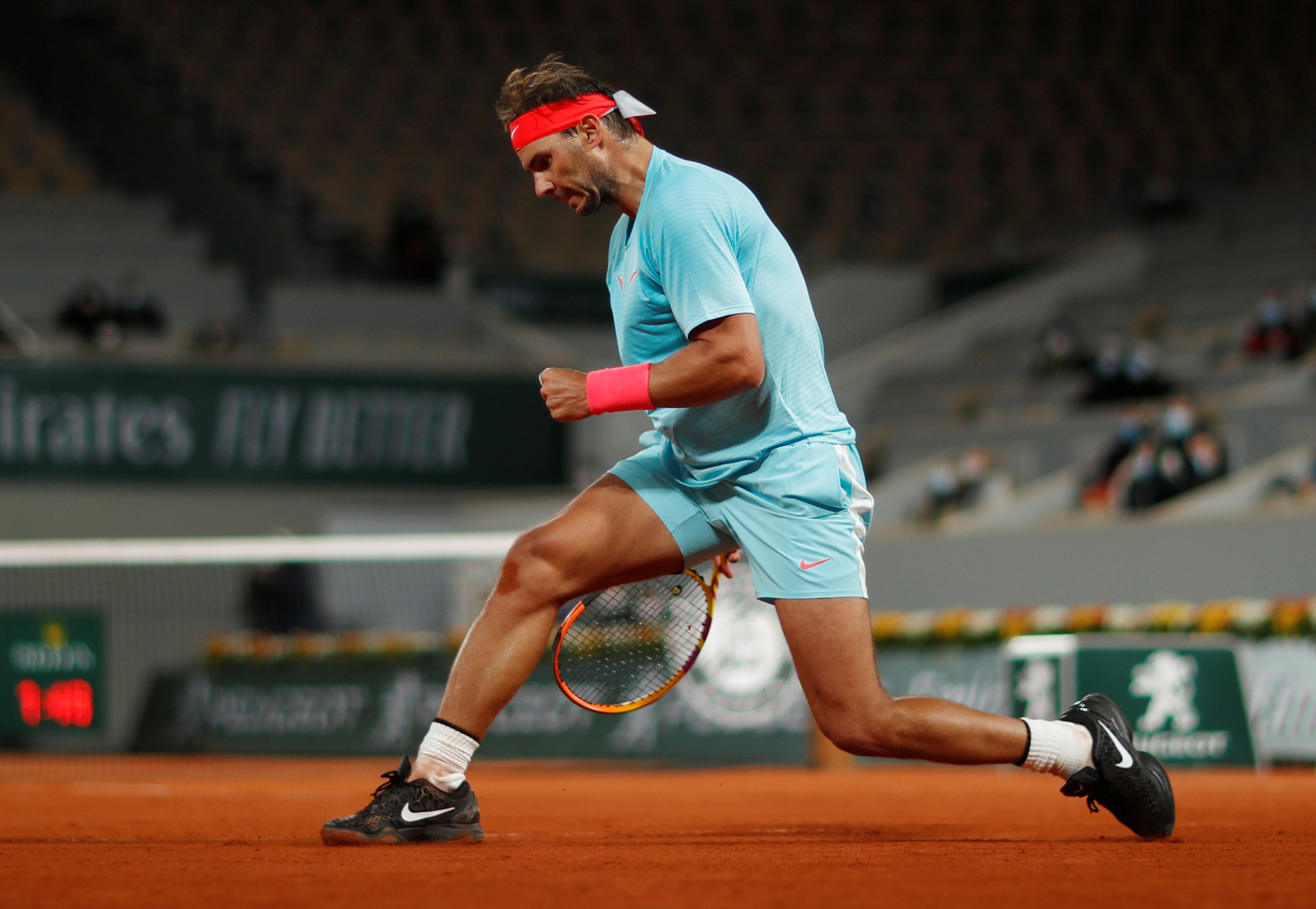 Nadal kept himself pumped under the dark Paris skies, not going on to court until 10.30pm local timeCredit: Reuters 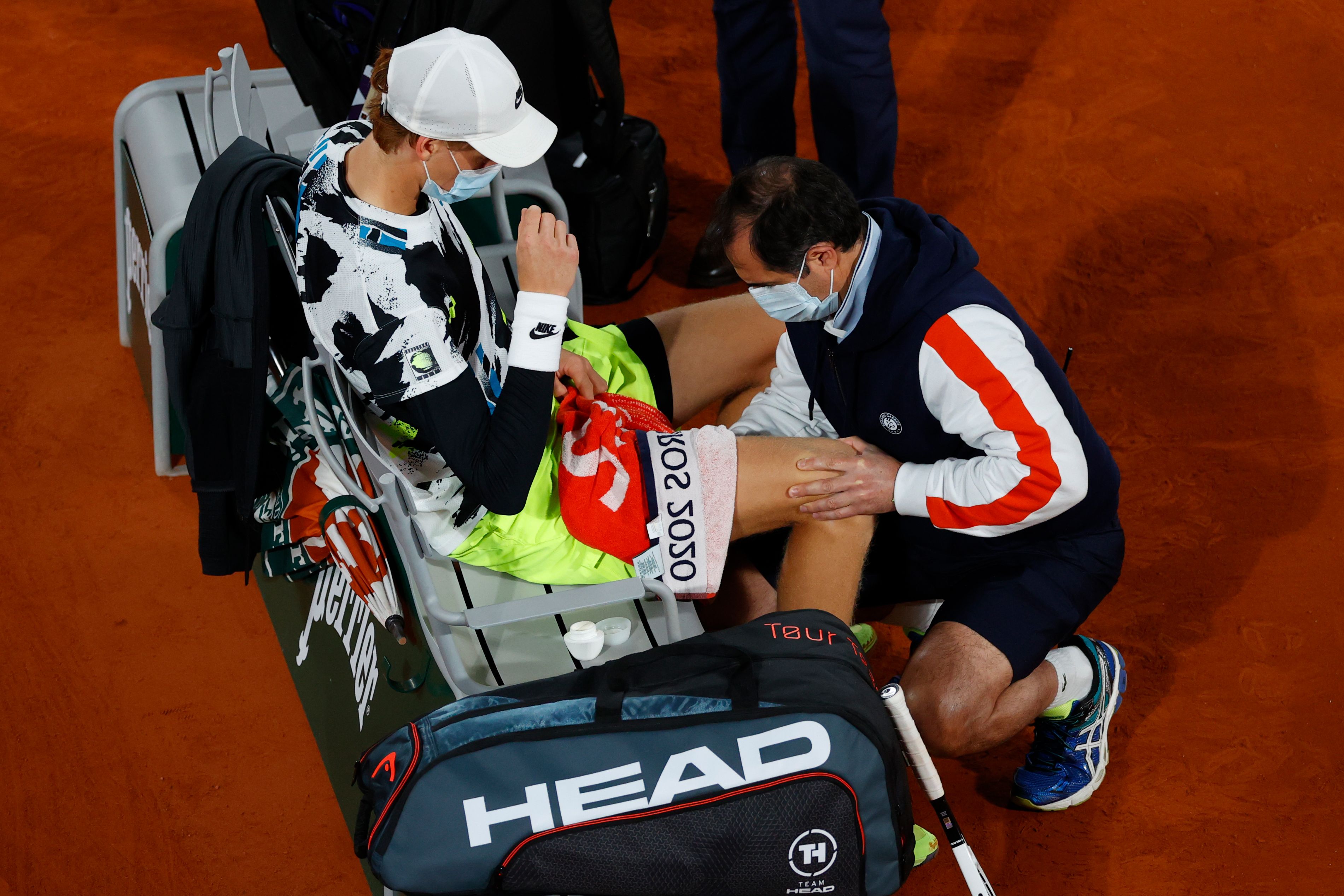 Sinner received medical treatment from the physio on his leg at the end of the first setCredit: AFP or licensors

“It was demanding for me to hit the way I wanted, as you can’t get too much spin with these balls during cold weather.

“It wasn’t easy to move Jannik away from the comfort zone.

“I did a much better job in set number three, playing with more aggression and feeling thrilled about reaching another semi-final in Paris.

“This is the most beautiful place to play tennis for me.

“Now I have two days to practice, rest a bit and recover and try to be ready for the semi-final against Diego.”