THAT is some net worth.

Roger Federer, 39, is one of the highest earning sports star on the planet – last year raking in around £80million, according to Forbes. 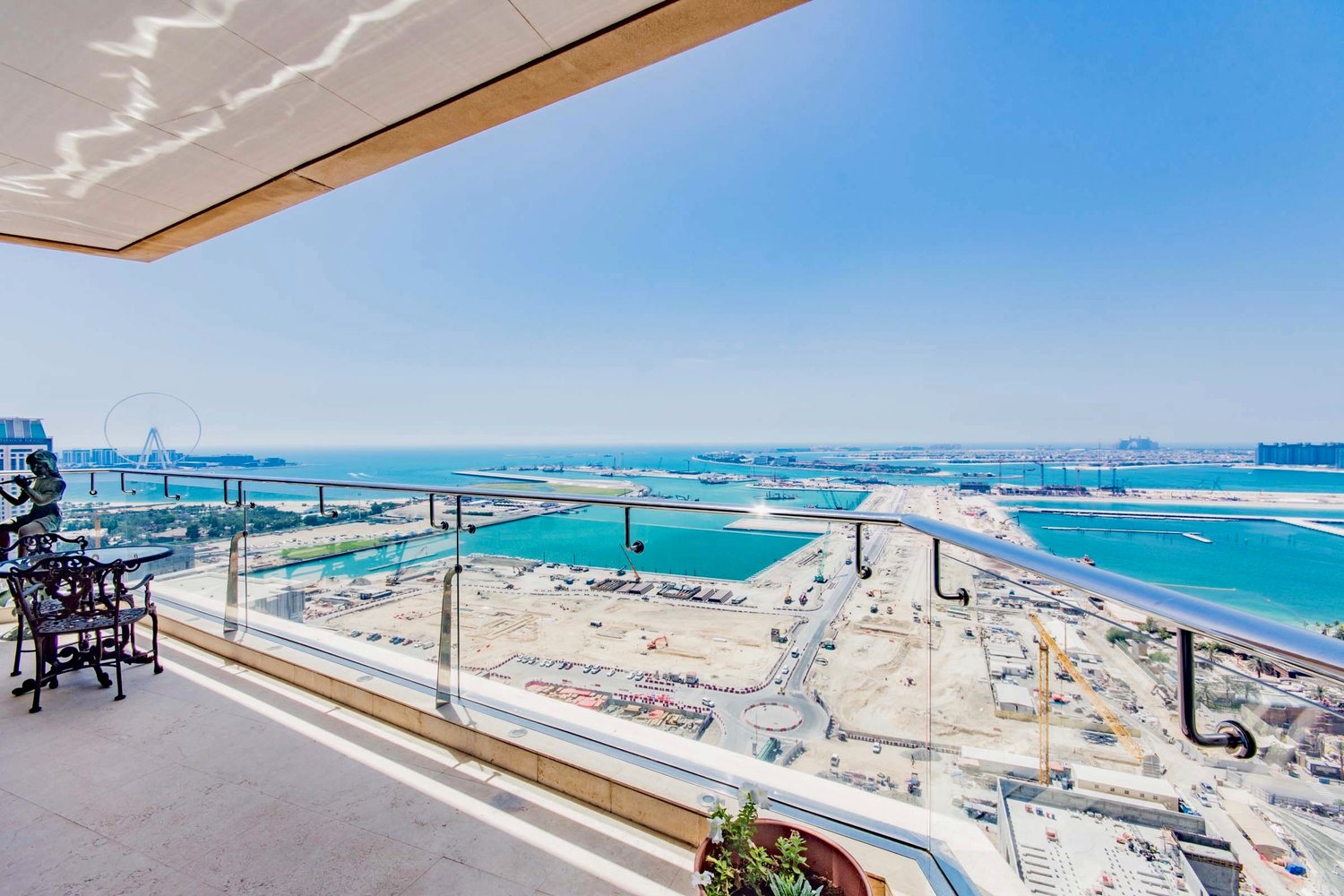 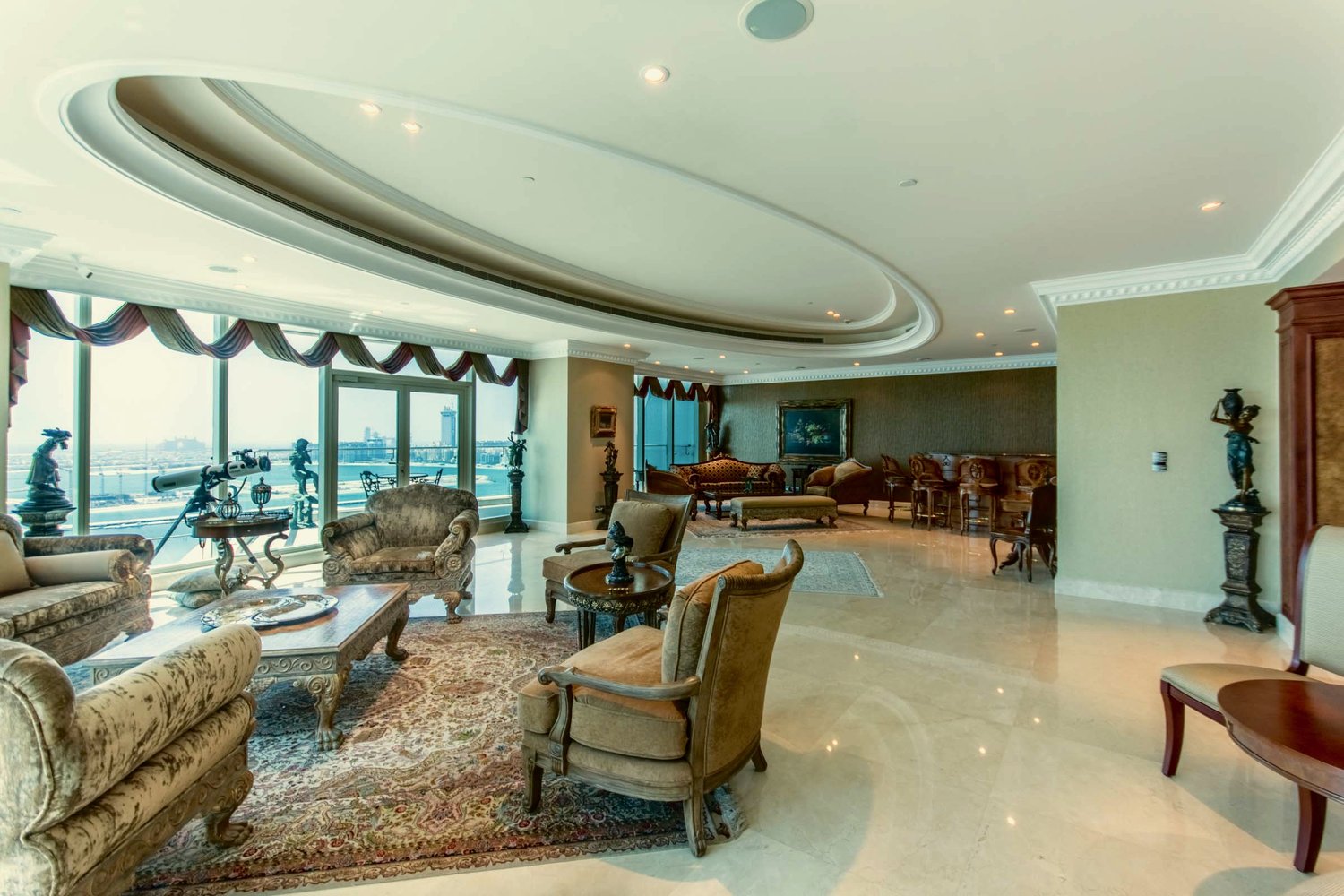 Of course, this is thanks largely to endorsements, including deals with Uniqlo and Mercedes.

And he’s not shy on spending some of that cash on property, including £13m on this incredible apartment in Dubai with stunning views of the marina.

Take a tour of the exclusive digs, where the Swiss tennis legend enjoys his winter months.

Back in 2014, Federer realised he needed his own property in Dubai.

He would spend most winters using the outstanding facilities on offer in the Middle East when it was freezing in Switzerland, where he has two homes.

So he bought a presidential penthouse in Le Reve (which means ‘The Dream’ in French).

Known as Dubai’s most exclusive tower, it overlooks the stunning marina that’s filled with yachts worth hundreds of millions.

Former Formula One star Fernando Alonso is also said to own an apartment in the 689ft, 50-storey building that offers incredible views of the ocean, Burj Al Arab and Palm Jumeirah.

“I remember it was brutally hot, I think like 39 Celsius every day. But I had a good time practising, it was peace and quiet and we kind of enjoyed it here,” Federer once said. 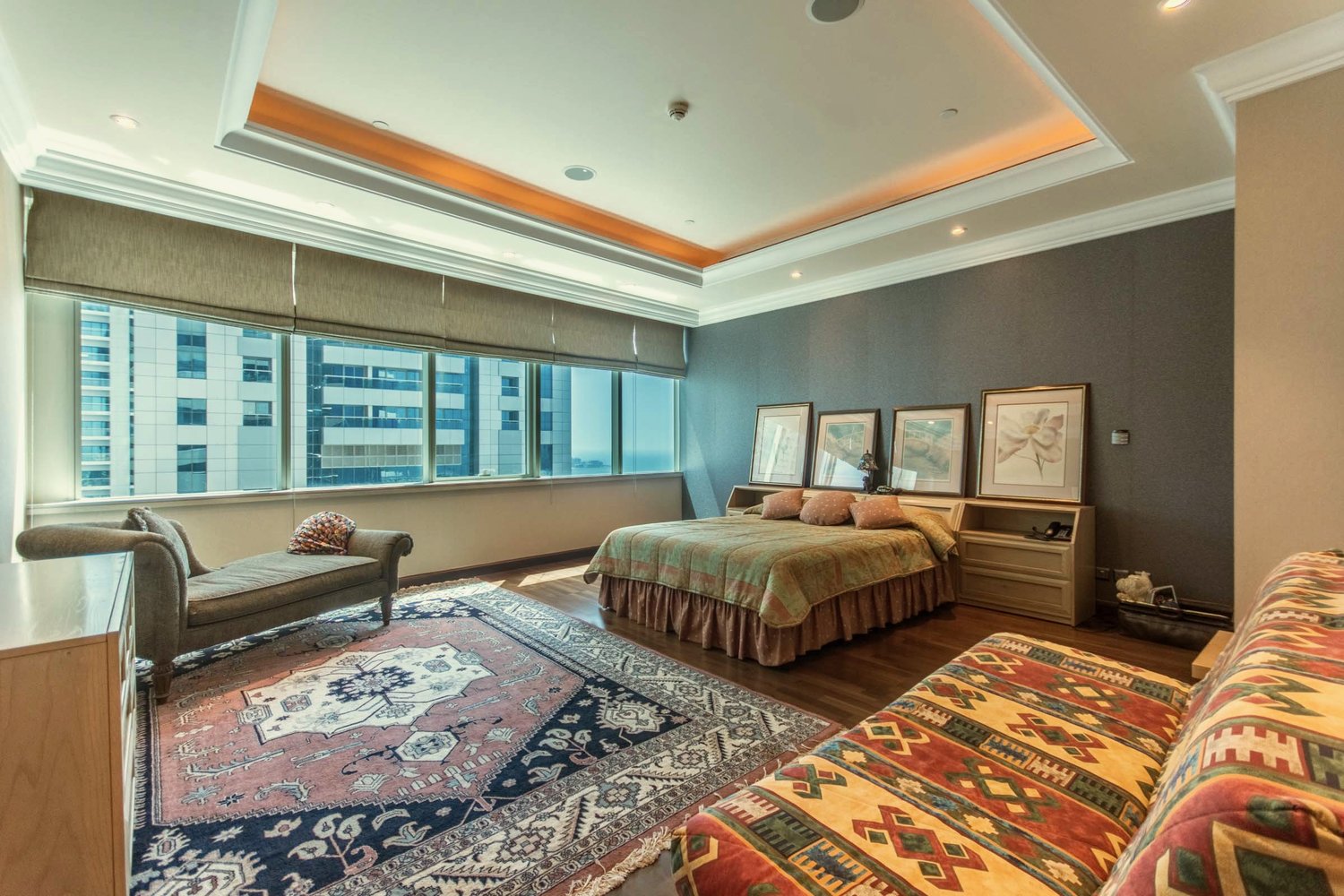 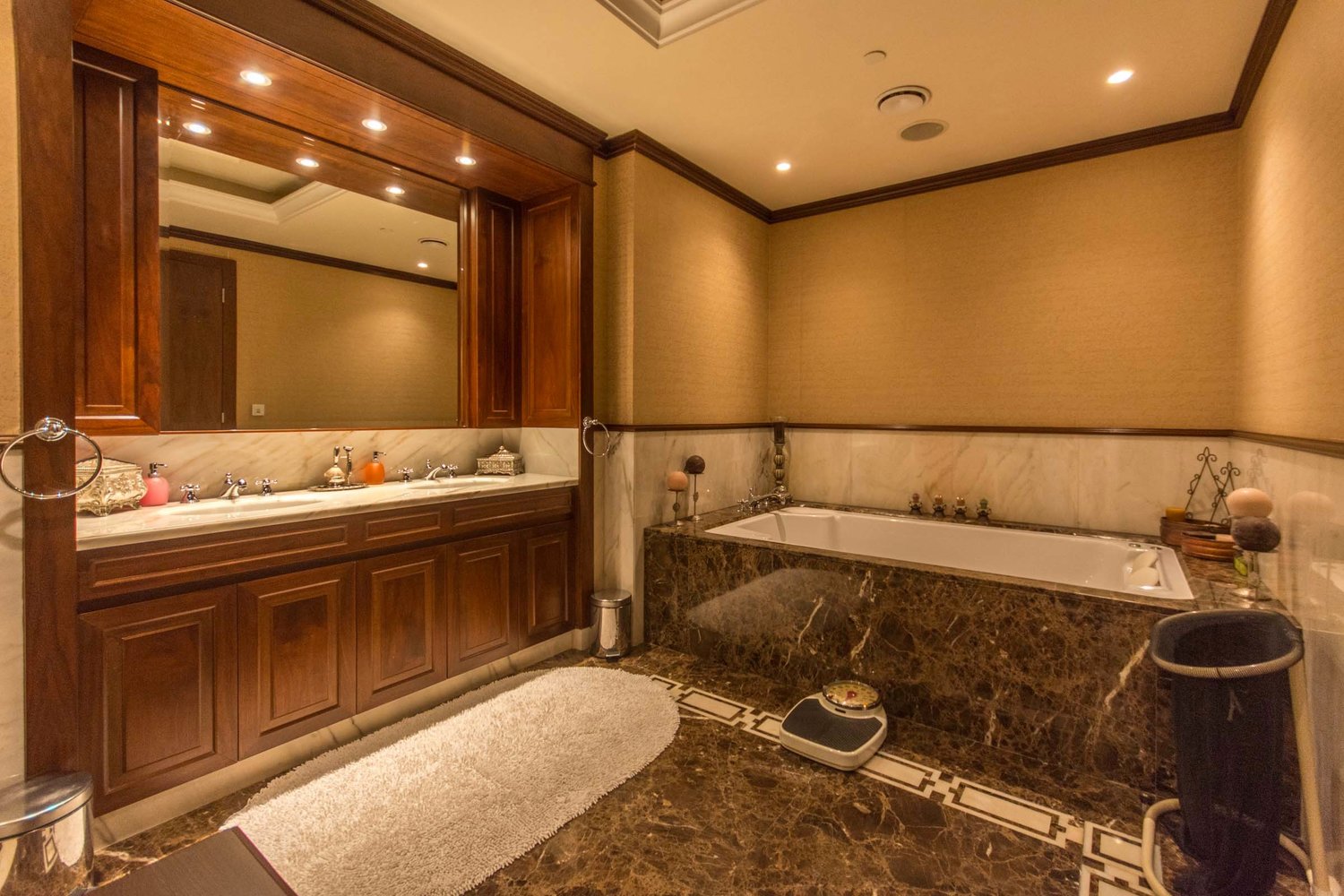 Each bedroom features its own en-suiteCredit: alek carrera estates 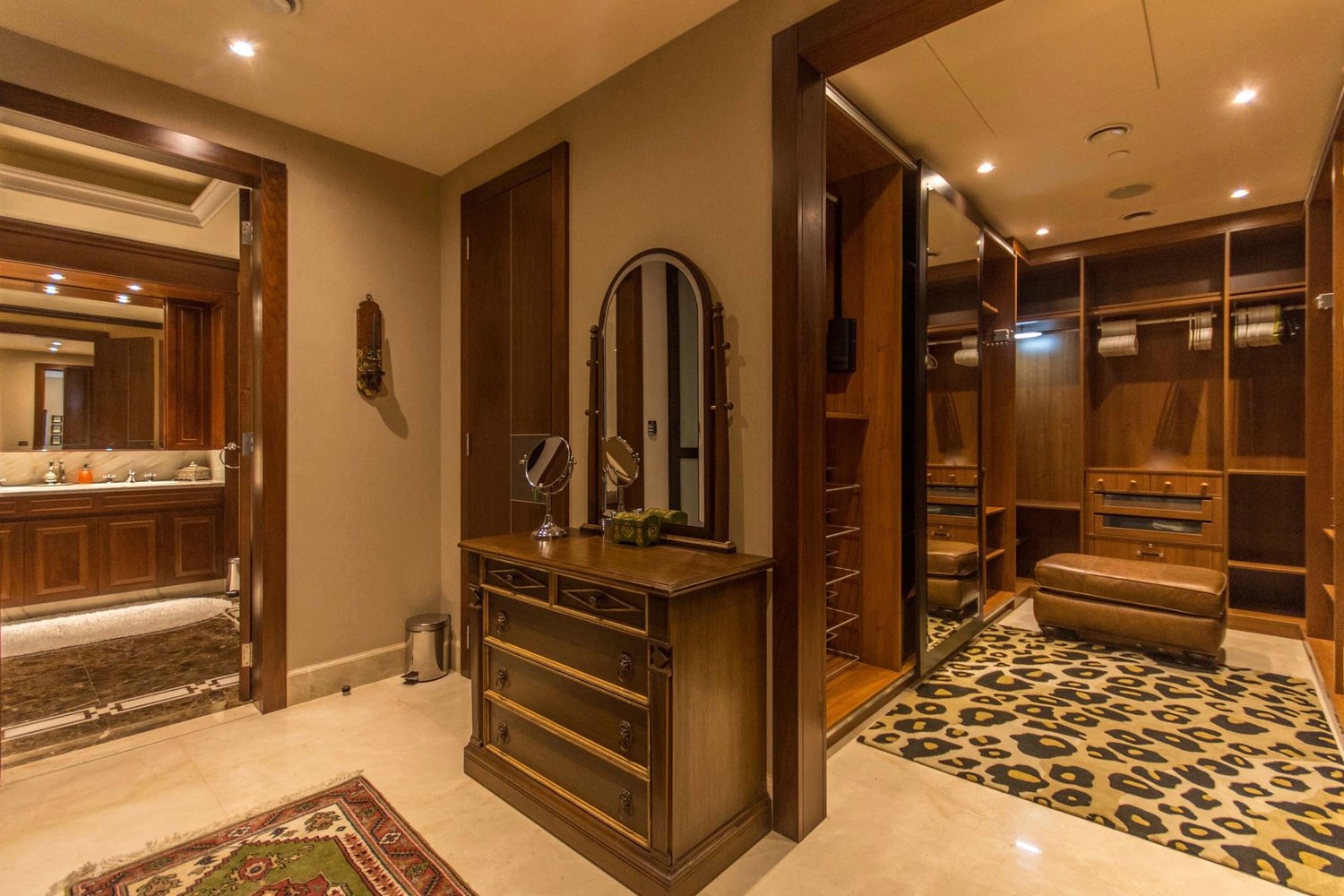 The home has an additional powder roomCredit: alek carrera estates 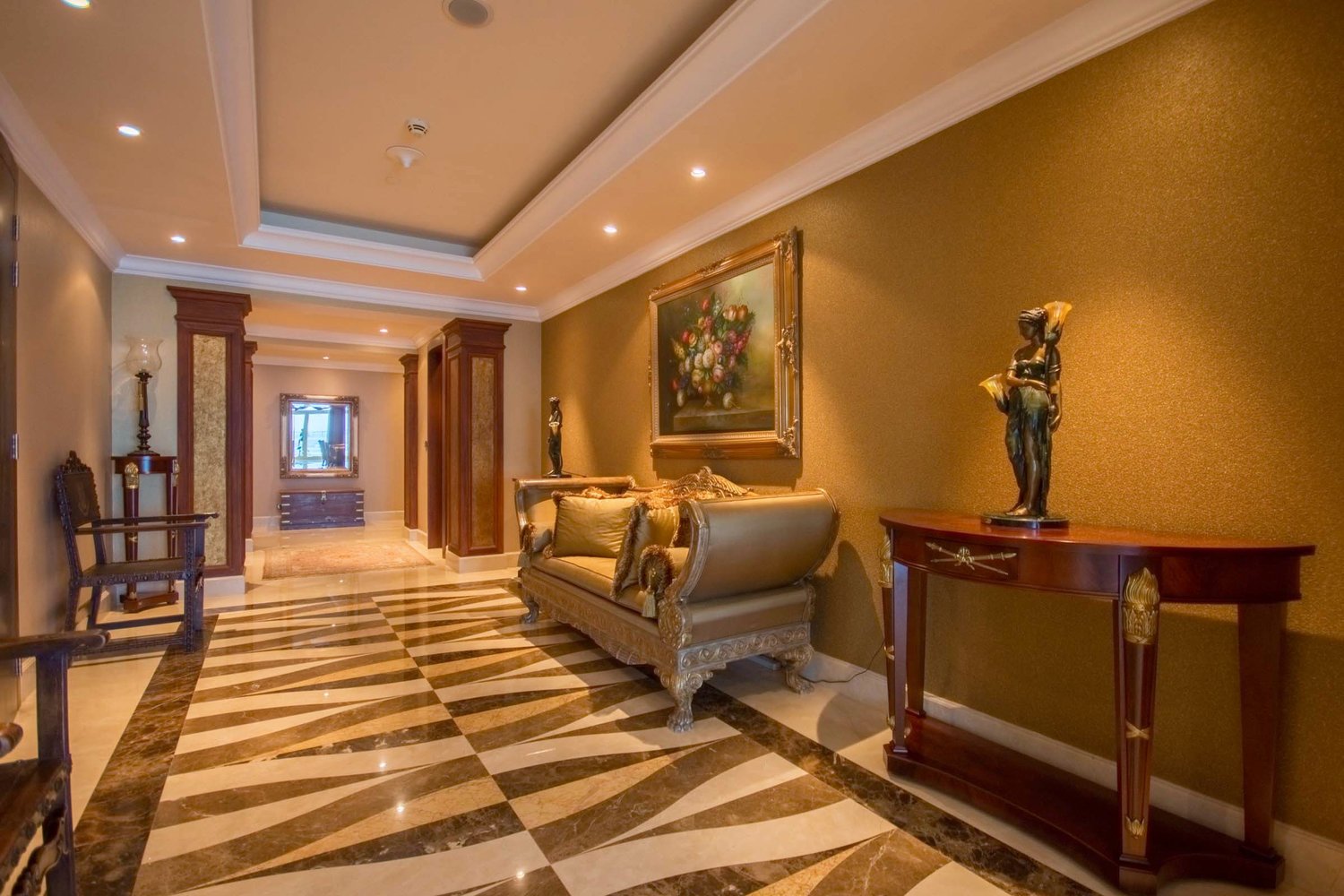 No expense has been spared building the luxury apartmentCredit: alek carrera estates 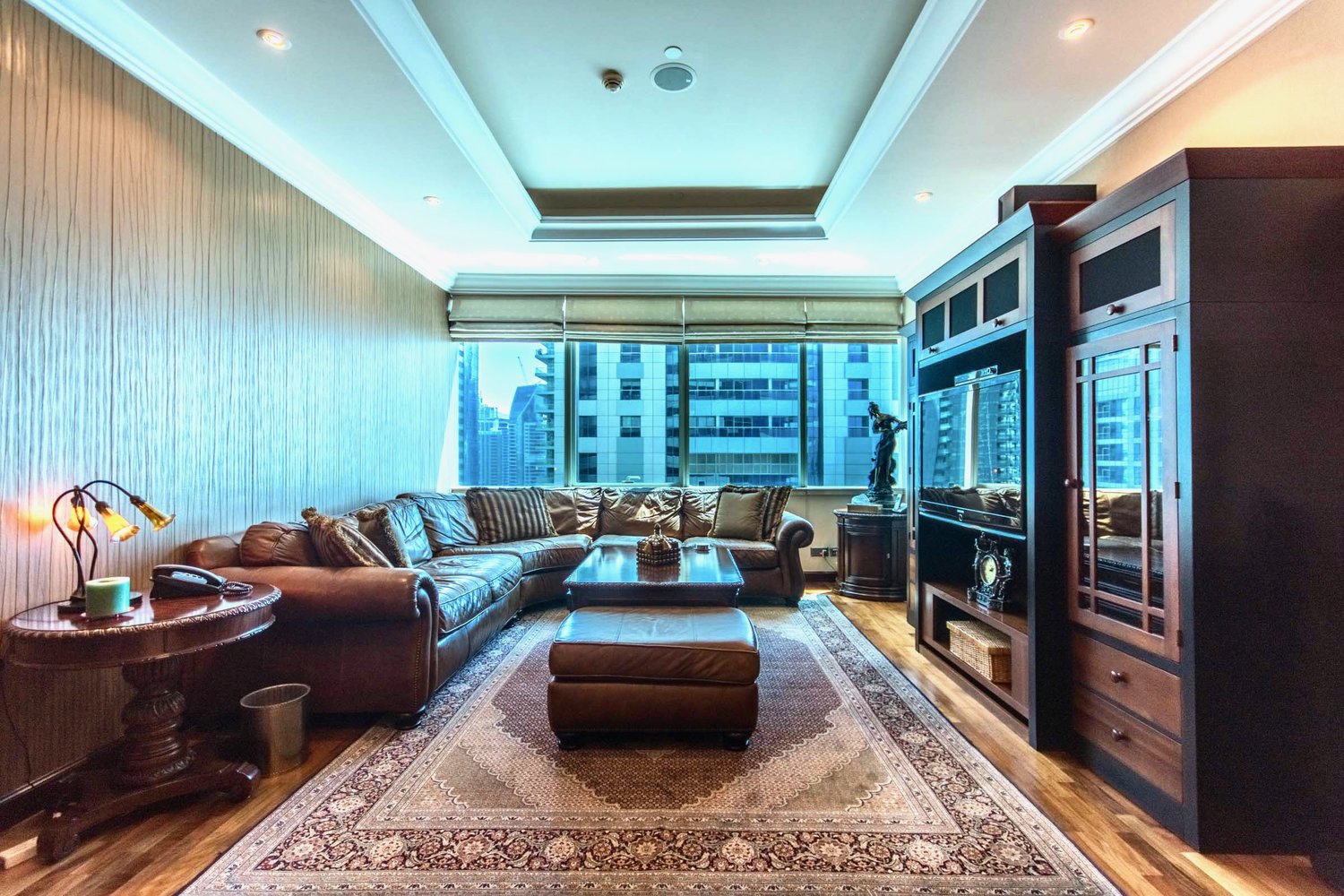 The property is 6,100-square foot in sizeCredit: alek carrera estates 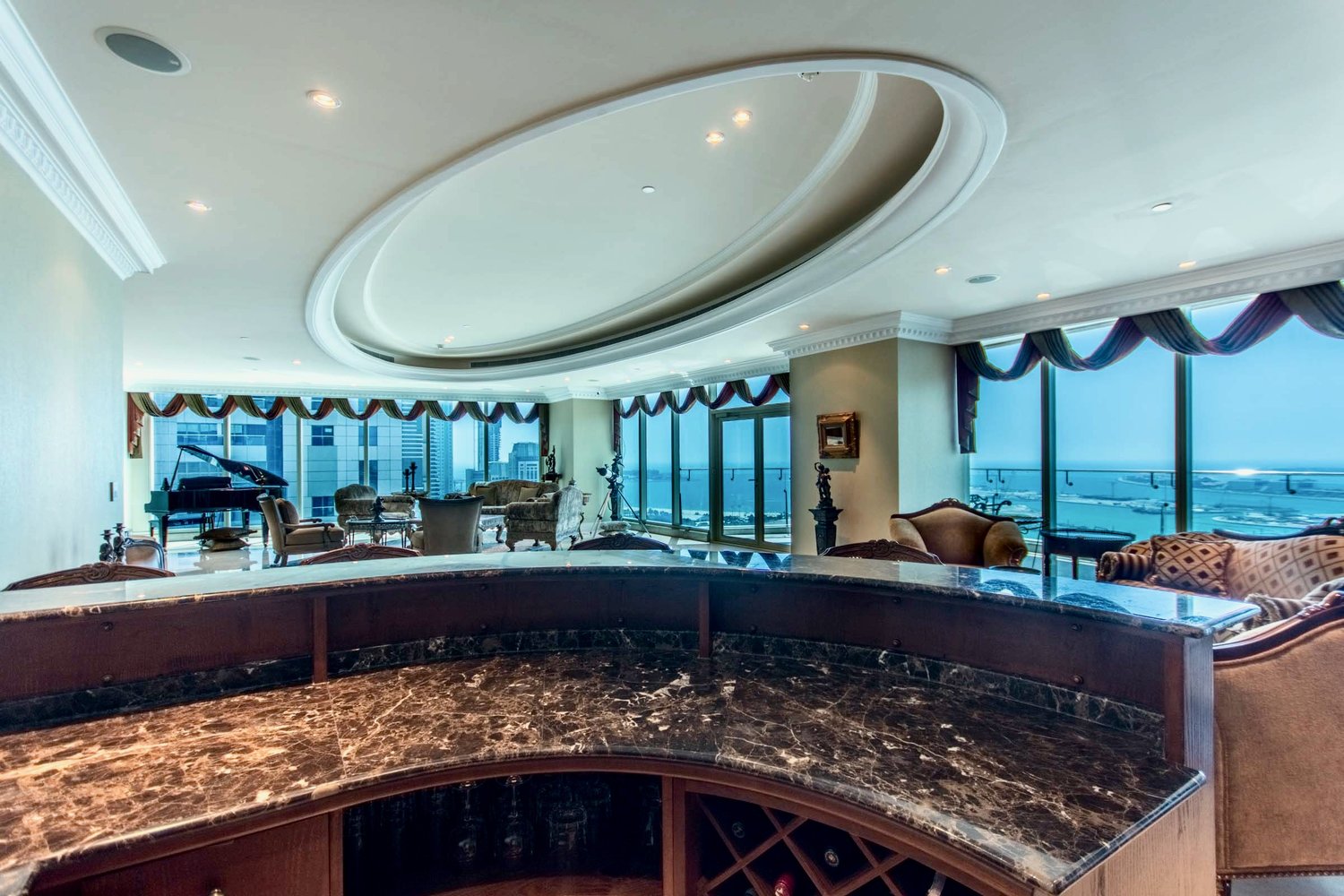 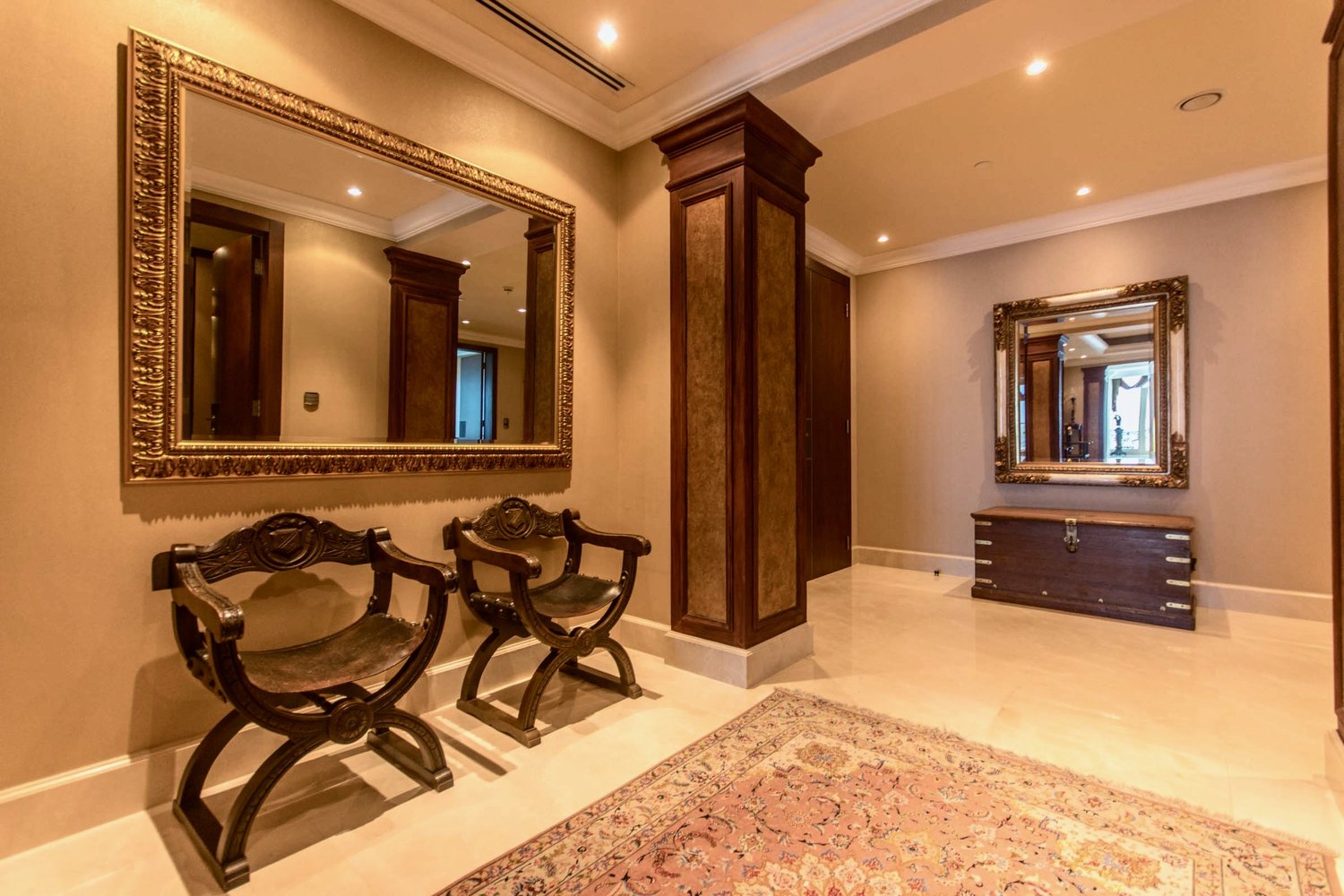 A smart home system that can be used in every room controls lighting and temperatureCredit: alek carrera estates

“I was like, ‘You know, I think this works well for practice and leisure’. The next thing I knew, I had an apartment.”

WHAT YOU GET FOR £13MILLION

It features five bedrooms with their own en-suite bathrooms, as well as a powder room in the expansive foyer.

A smart home system that includes lighting, temperature and multimedia controls can be altered from every room.

While an incredible 870 square-foot private terrace offers captivating views of the Dubai marina and the ocean.

No expense has been spared in the construction of this property, with only the most luxurious materials used to build these lavish digs.

GET TO THE CHOPPER

If Roger and his family suffer with cabin fever, there are plenty of amenities for them to enjoy in the tower itself.

And they would have no problem with over-zealous fans with Le Reve offering a personalised security team for its most exclusive guests. 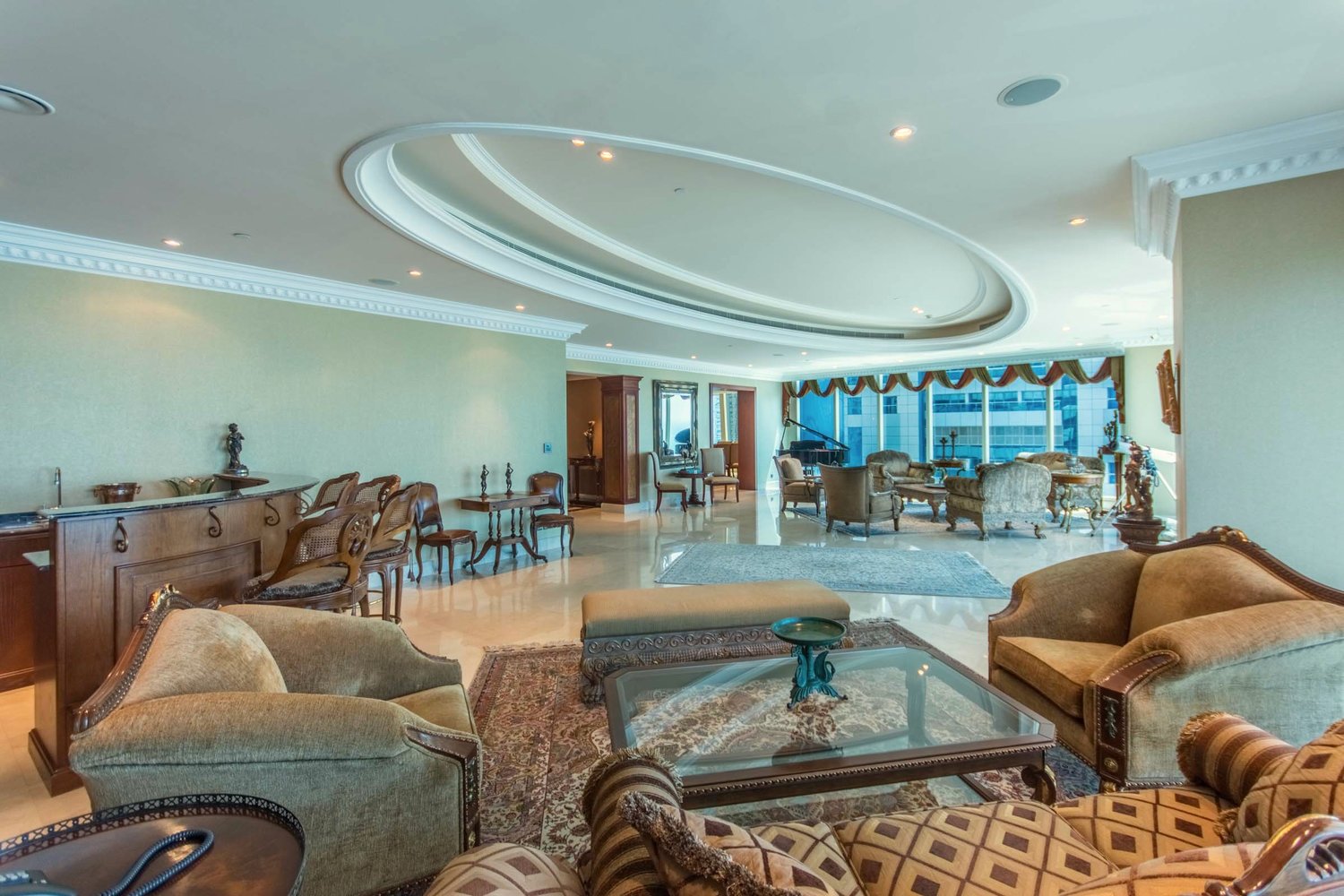 If Federer gets cabin fever he can take a helicopter or a private jet with the press of a button through the building’s concierge serviceCredit: alek carrera estates 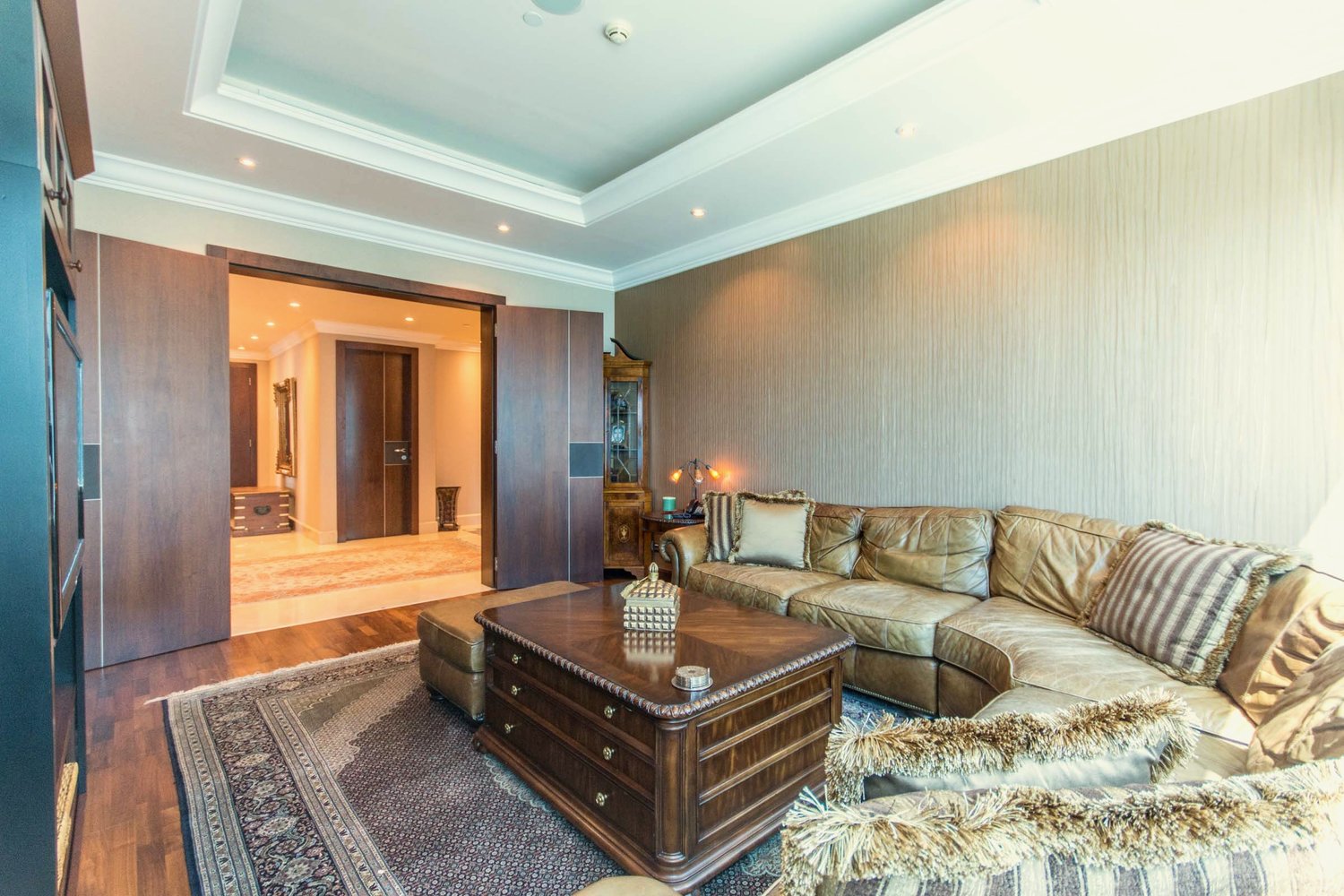 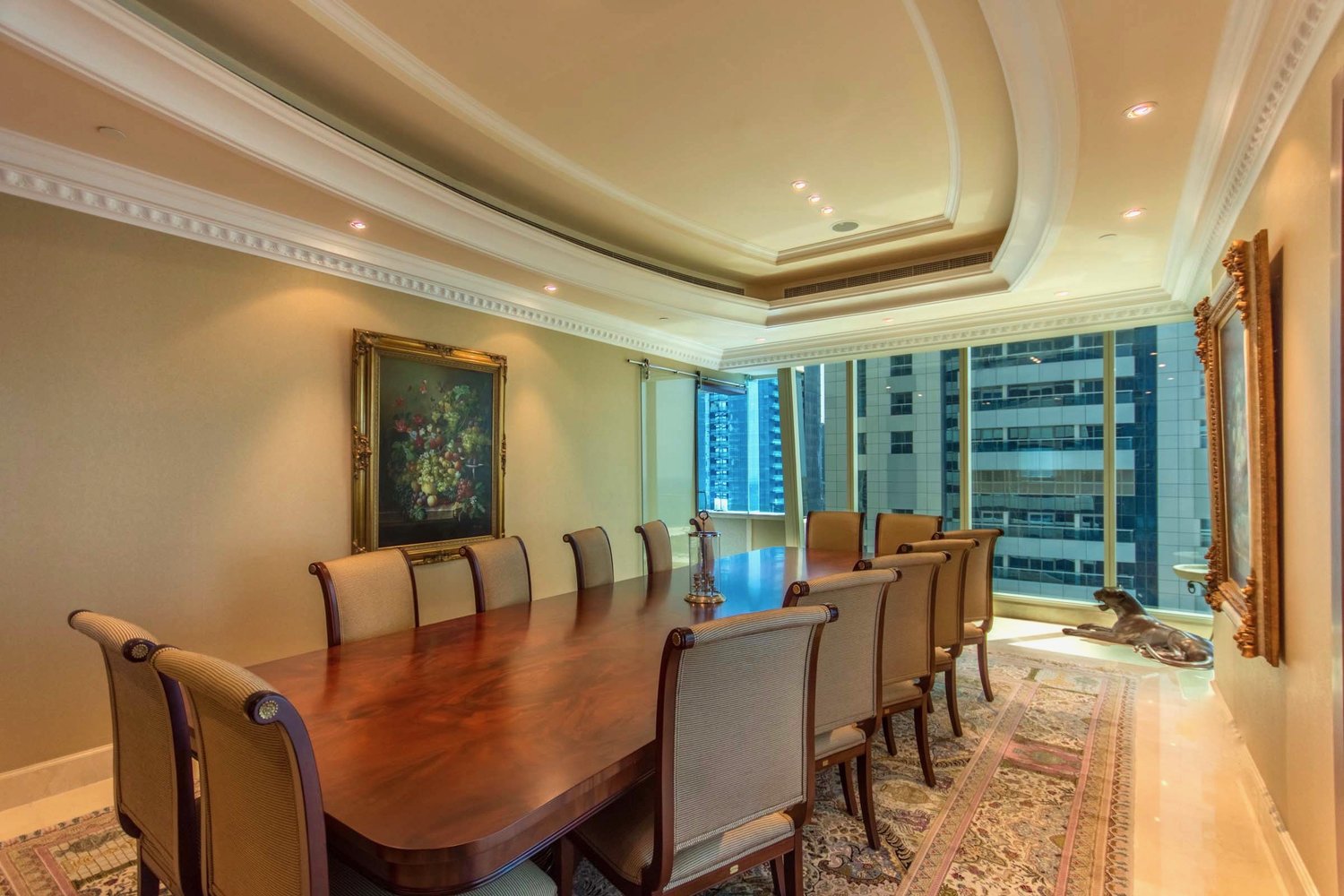 The dining room is fit for a kingCredit: alek carrera estates 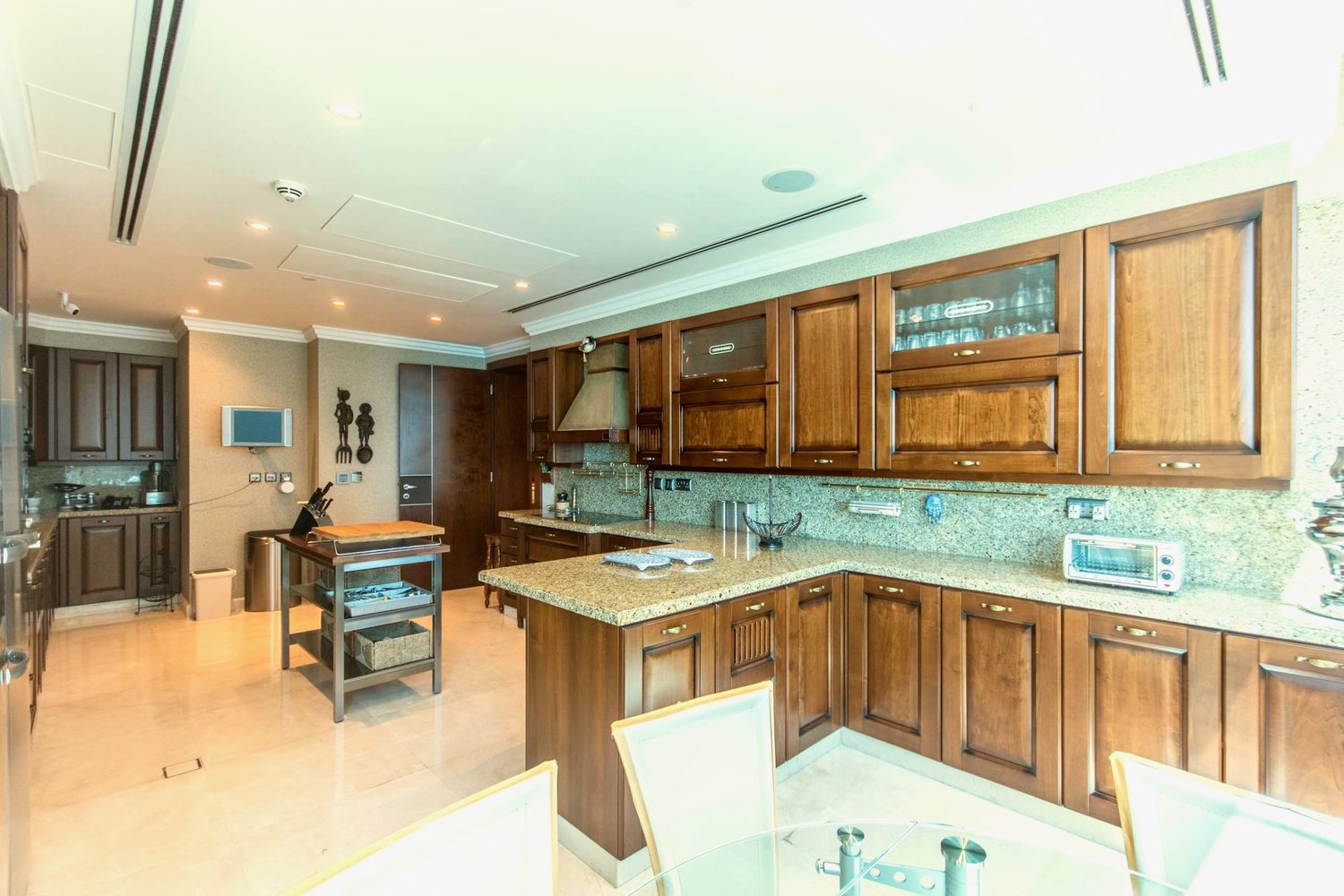 The kitchen is ideal for cooking at homeCredit: alek carrera estates 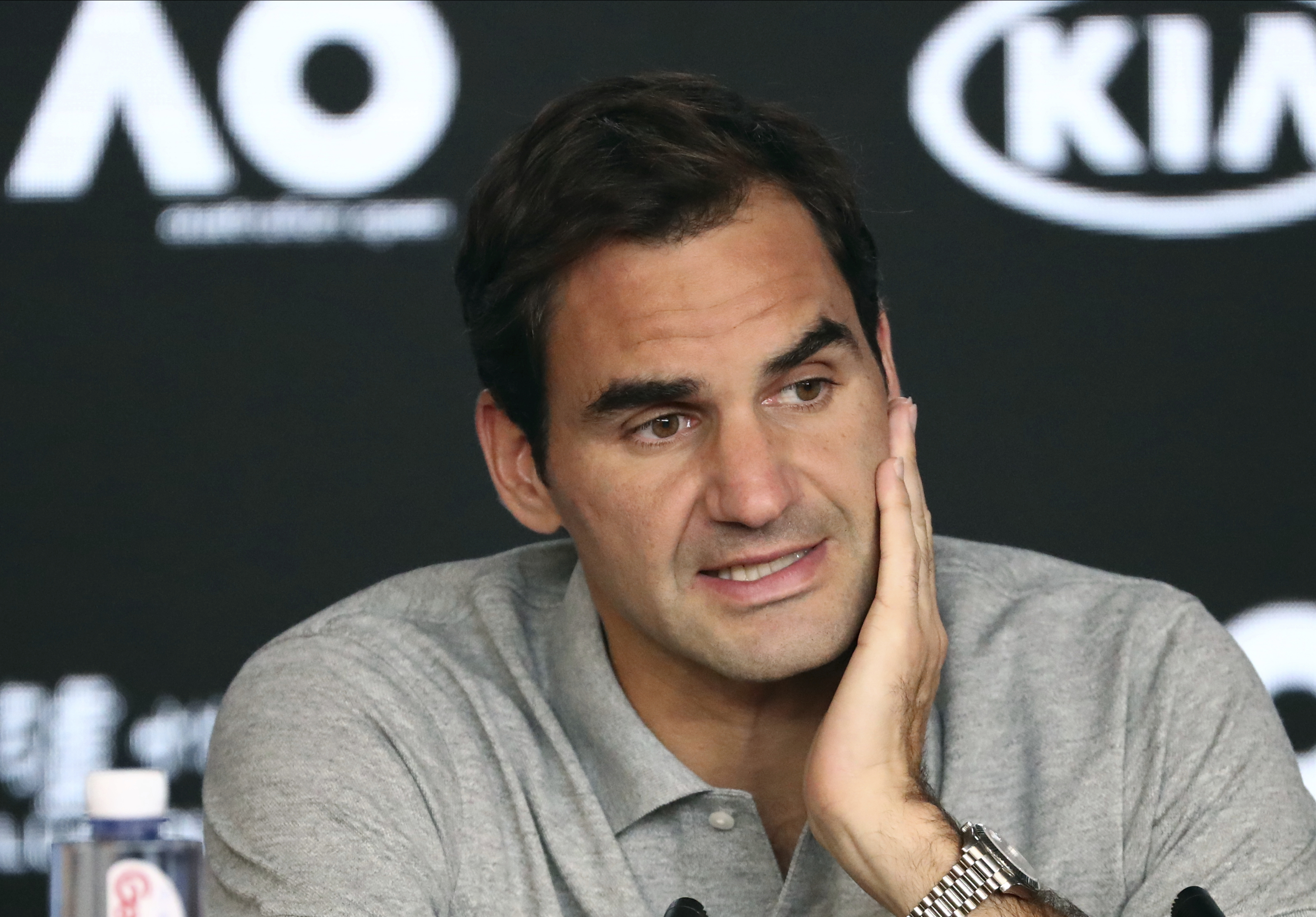 Federer is the highest earning sports star in the world today raking in £81millionCredit: AP:Associated Press

There’s also a temperature-controlled rooftop pool, as well as a cutting-edge fitness centre Federer had a hand in designing.

But perhaps the coolest feature is the 24-hour concierge that offers services from personal butlers, a chauffeur-driven limousine, a bookable Ferrari, and a helicopter or a personal jet – that all can be ordered with the press of a button.

How the other half live.

The highest earning sports stars from 1990-2020, including Woods, Jordan and Ronaldo