NOVAK DJOKOVIC has reached the semi-final stage as he bids for a ninth Australian Open title.

The Serb overcame injury to beat Taylor Fritz in a third round five-setter before recovering to dispense with Milos Raonic. 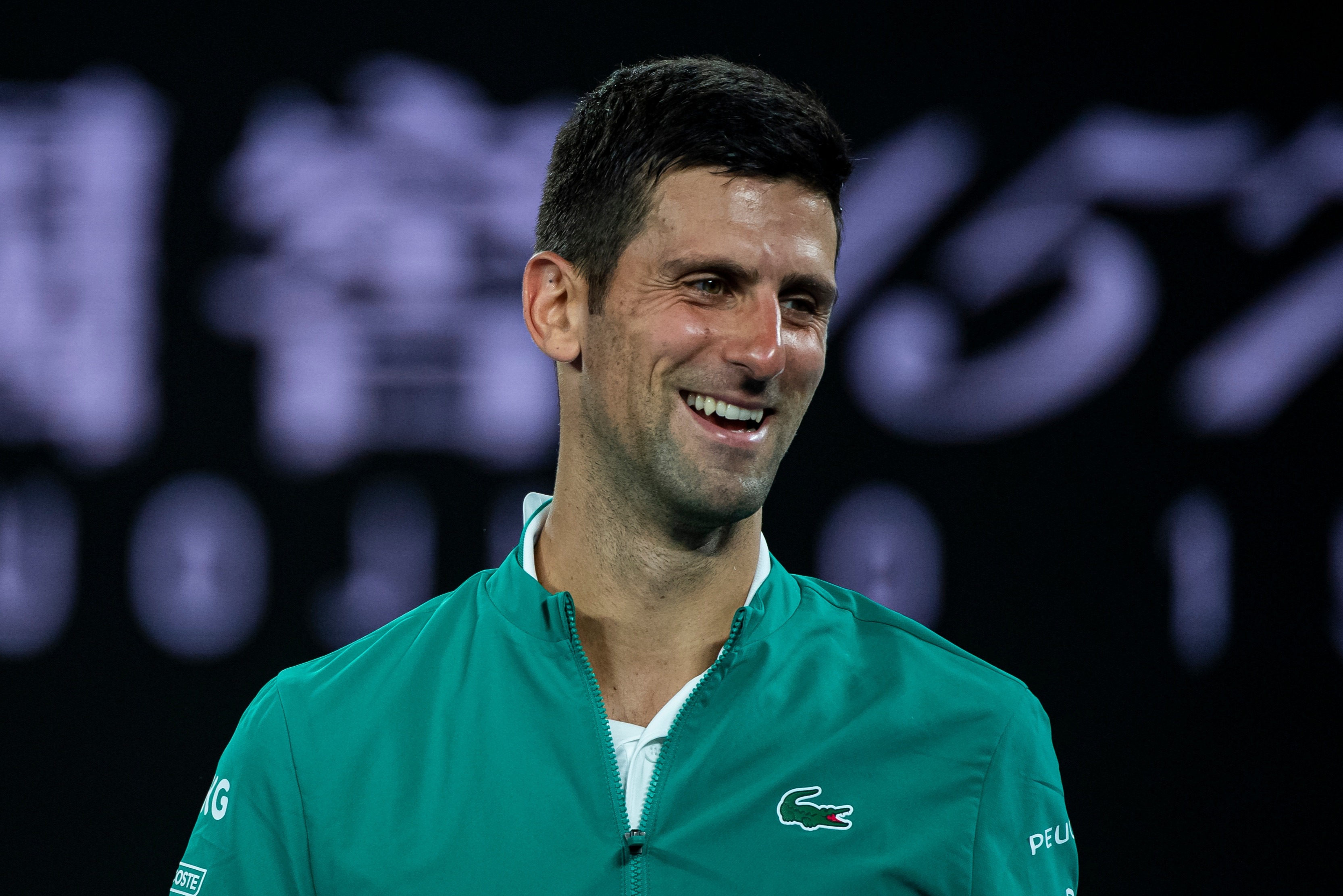 Djokovic then smashed his racket in the quarter-final against Alexander Zverev but came through to win in four sets.

Standing in his way in the final four is unseeded Russian Aslan Karatsev.

The 27-year-old, who is ranked 114 in the world, stunned Diego Schwarzmann in the third round before beating Canada’s Felix Auger-Aliassime and an injured Grigor Dimitrov.

What time does Djokovic vs Karatsev start?

What TV channel is Djokovic vs Karatsev on and can I live stream it?

Djokovic and Karatsev have never played each other.

Moreover, the Australian Open champion said he had never even watched the Russian until this tournament.

Novak Djokovic: “I have not seen him play honestly before Australian Open. I have seen him play during the tournament here, and he impressed me, impressed a lot of people.

“And he is impressive. I mean, two sets down against Felix coming back. Today as well he was just very solid against Grigor.

“Unfortunately, and obviously Grigor couldn’t play at his best from the end of that second, beginning of the third.

“But he’s there for a reason, and congratulate him for great success. It’s going to be our first encounter. Hoping I can be physically fit and looking forward to it.

“It’s his first semi-finals of Grand Slam, so obviously for him it’s biggest success he has had so far. As I said, he doesn’t have anything to lose, really. He’s motivated.

“I expect him to come out and really go for his shots and try his best and try to take that win. So I’m sure he’s enjoyed his Australian Open.”

Aslan Karatsev: “I’m ready for everyone.