The Brit, 18, broke through to reach the fourth-round of this year’s tennis tournament – her first-ever appearance at a Grand Slam.

Emma Raducanu was one of the many famous faces at Silverstone on SundayCredit: Getty 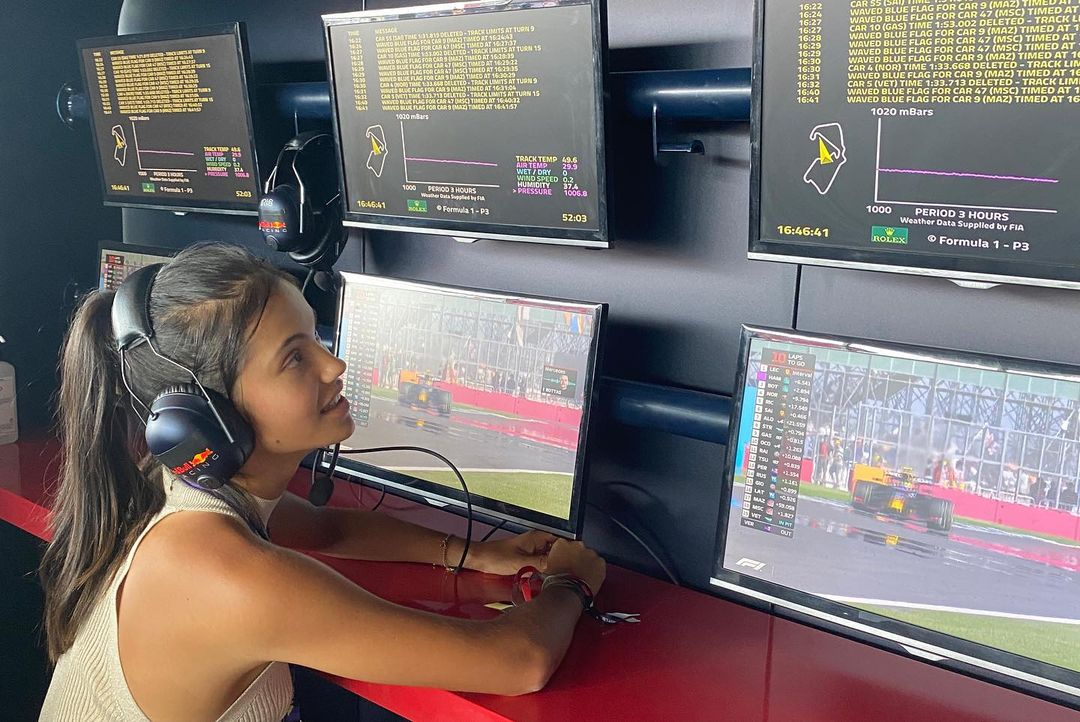 And she joked that her routine had ‘slightly changed’ after being invited to go behind the scenes for the Formula One race.

Raducanu sat on the Red Bull pit wall as part of her tour of the paddock, posing for photographs with the array of historic cars that took to the track ahead of the Grand Prix.

After waving to the 140,000 fans at Silverstone while riding on the drivers’ parade, the teenager hopped behind the wheel of a McLaren supercar.

Fellow celebs including Pierre-Emerick Aubameyang were snapped hanging out with Raducanu, with the likes of Tom Cruise and Prince Edward also present for Sunday’s spectacle.

She wrote on Instagram: “A Sunday routine that slightly changed ?.

“Doesn’t get better than the F1 British GP.” 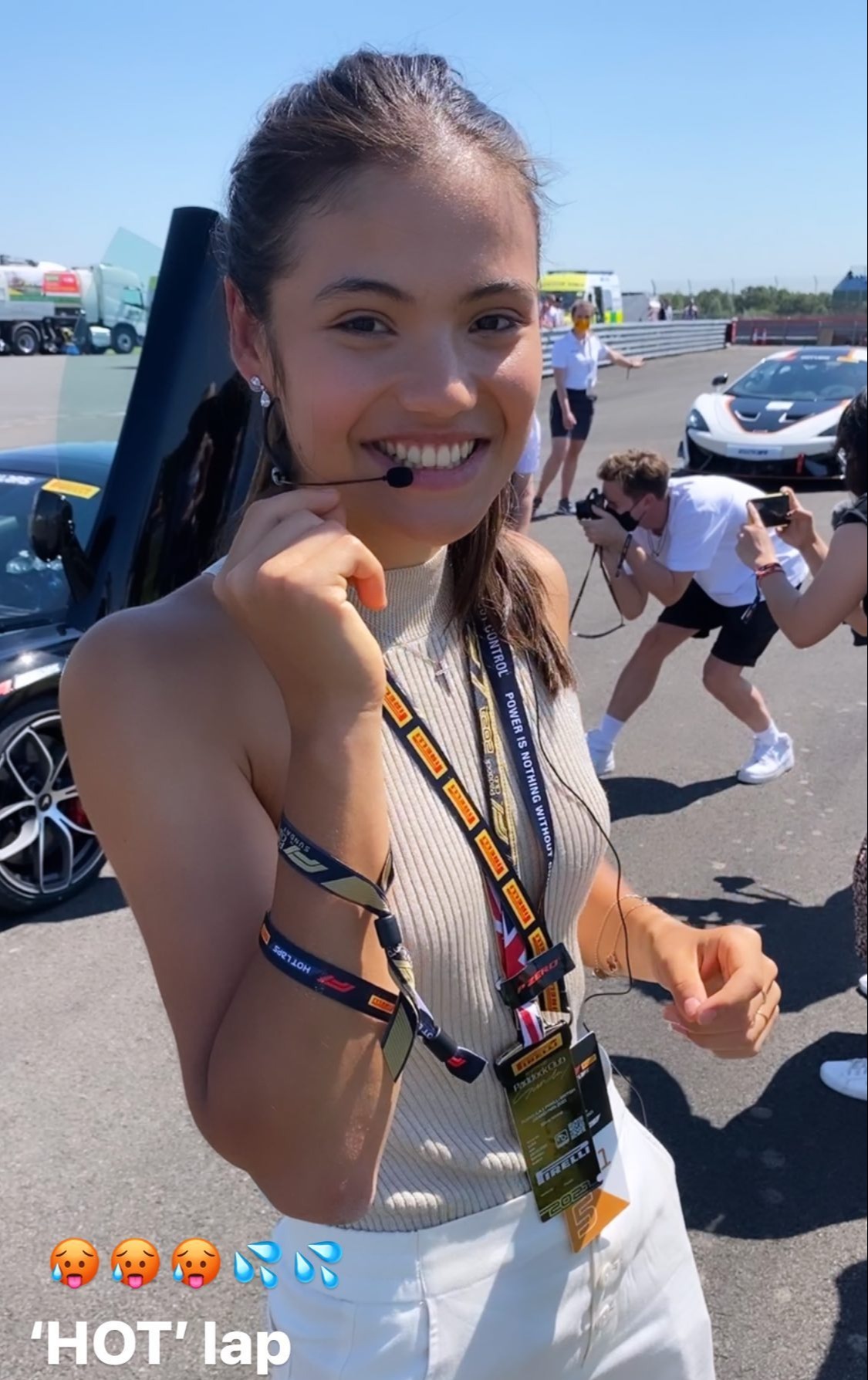 Raducanu hopped behind the wheel of a McLaren during the eventCredit: Instagram @emmaraducanu 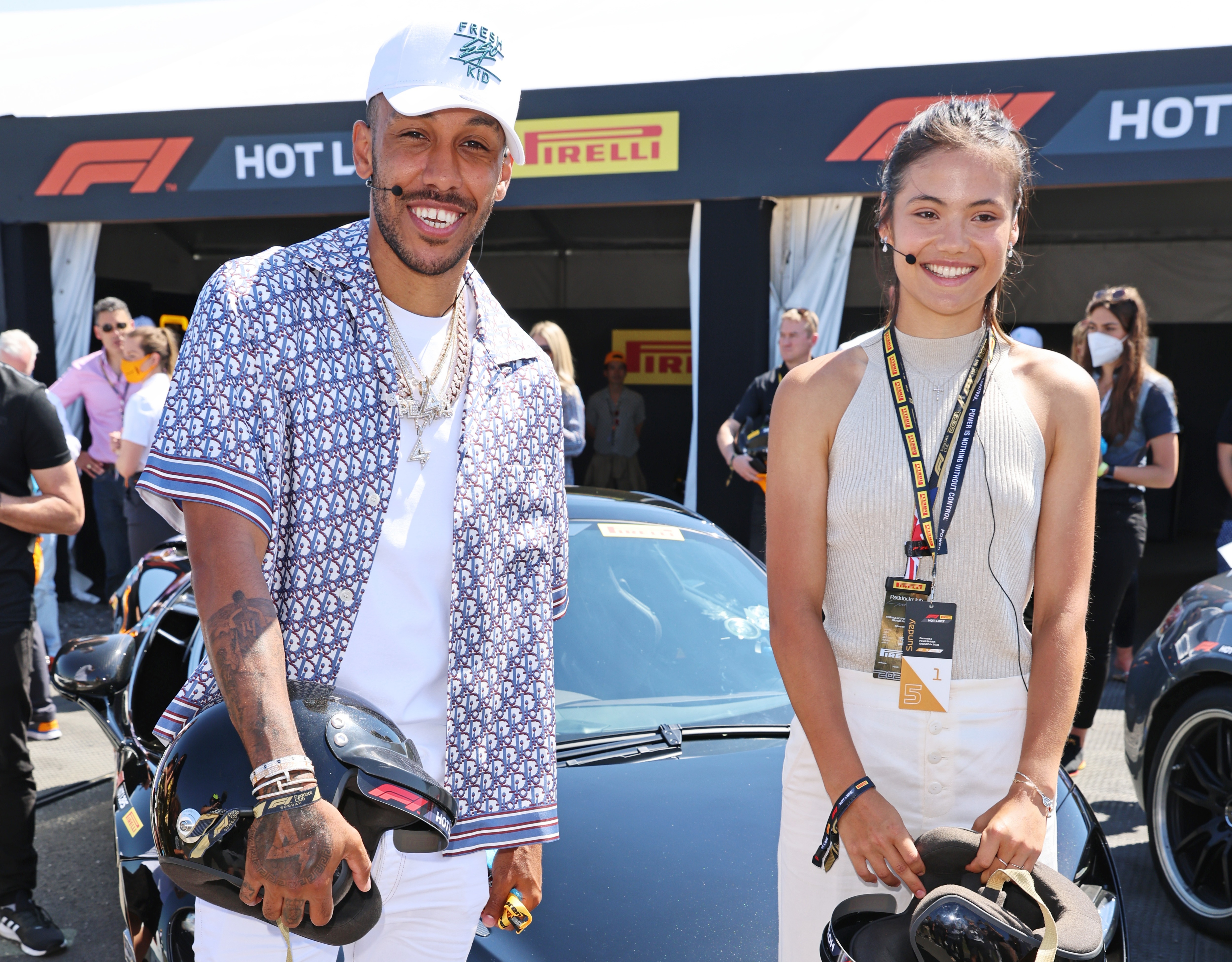 Pierre-Emerick Aubameyang posed for photos with the Brit in the paddockCredit: Getty

In the race, Red Bull were left furious by Lewis Hamilton’s first-lap collision with Max Verstappen.

The Dutchman was taken to hospital for checks after hitting the tyre barrier at 180mph.

A row has broken out between the two teams with Mercedes and Hamilton defending their actions.

However, F1 was united in condemning the racist abuse targeted at the Brit, 36, in the aftermath of his victory.

BAFFLED tennis fans blasted Alexander Bublik for his 'idiot' shot using his HANDLE as he threw away a final. The...