LISTEN up! There’s a new Apple smart speaker on the market vying for a spot on your letter to Santa. 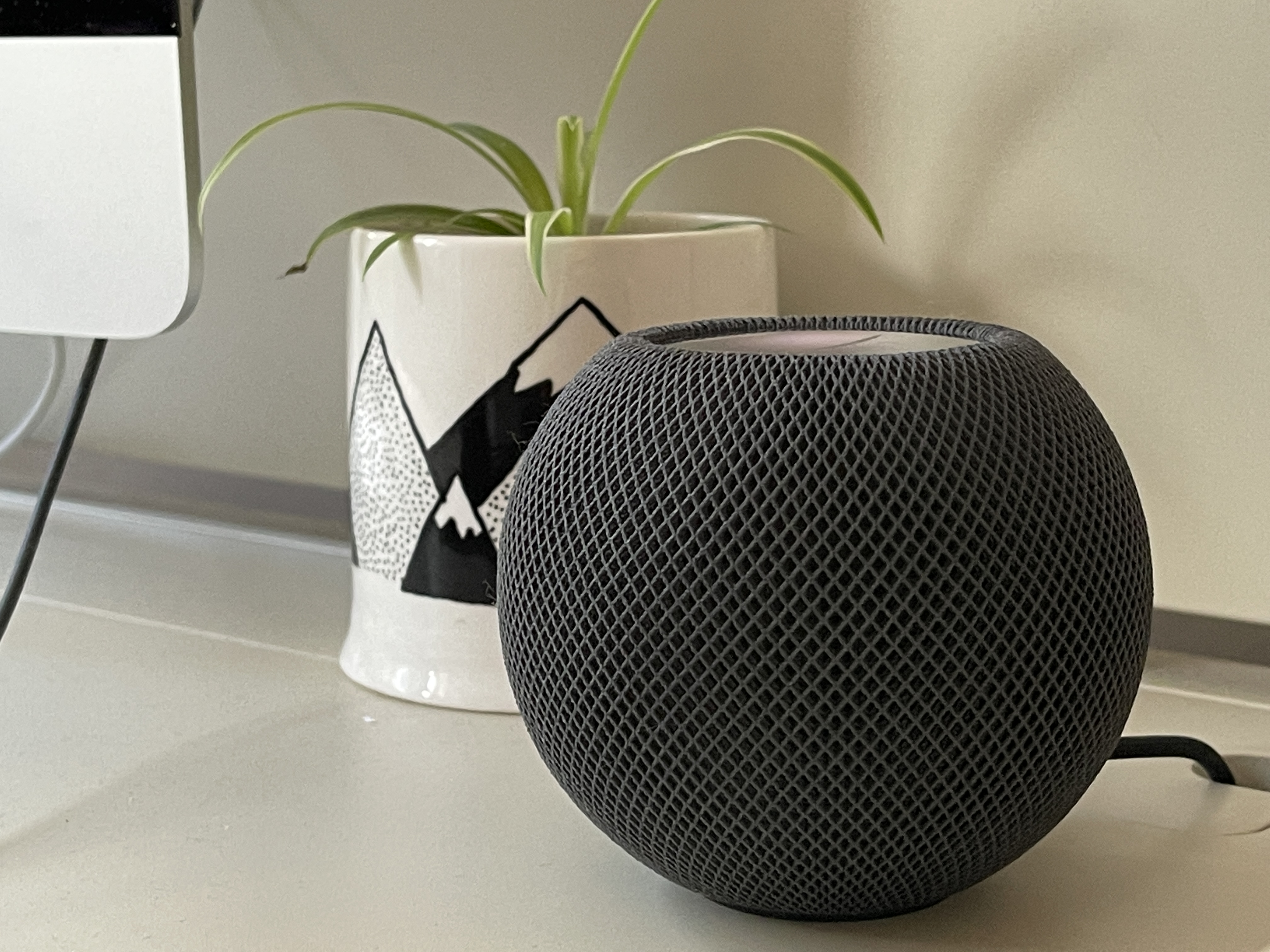 The HomePod Mini is a Siri speaker that costs £99/$99Credit: The Sun / Sean Keach

What is the HomePod Mini?

Apple’s full-size HomePod launched back in 2018, when smart speakers were taking off in a big way.

The Siri-powered beast cost £279/$299, which made it one of the most expensive options on the market.

Now better late than never, the HomePod Mini arrives at a far cheaper £99/$99.

It performs the same Siri and smart home tricks, but it’s far smaller and has less powerful sound – as you’d expect, given the £180/$200 price difference. 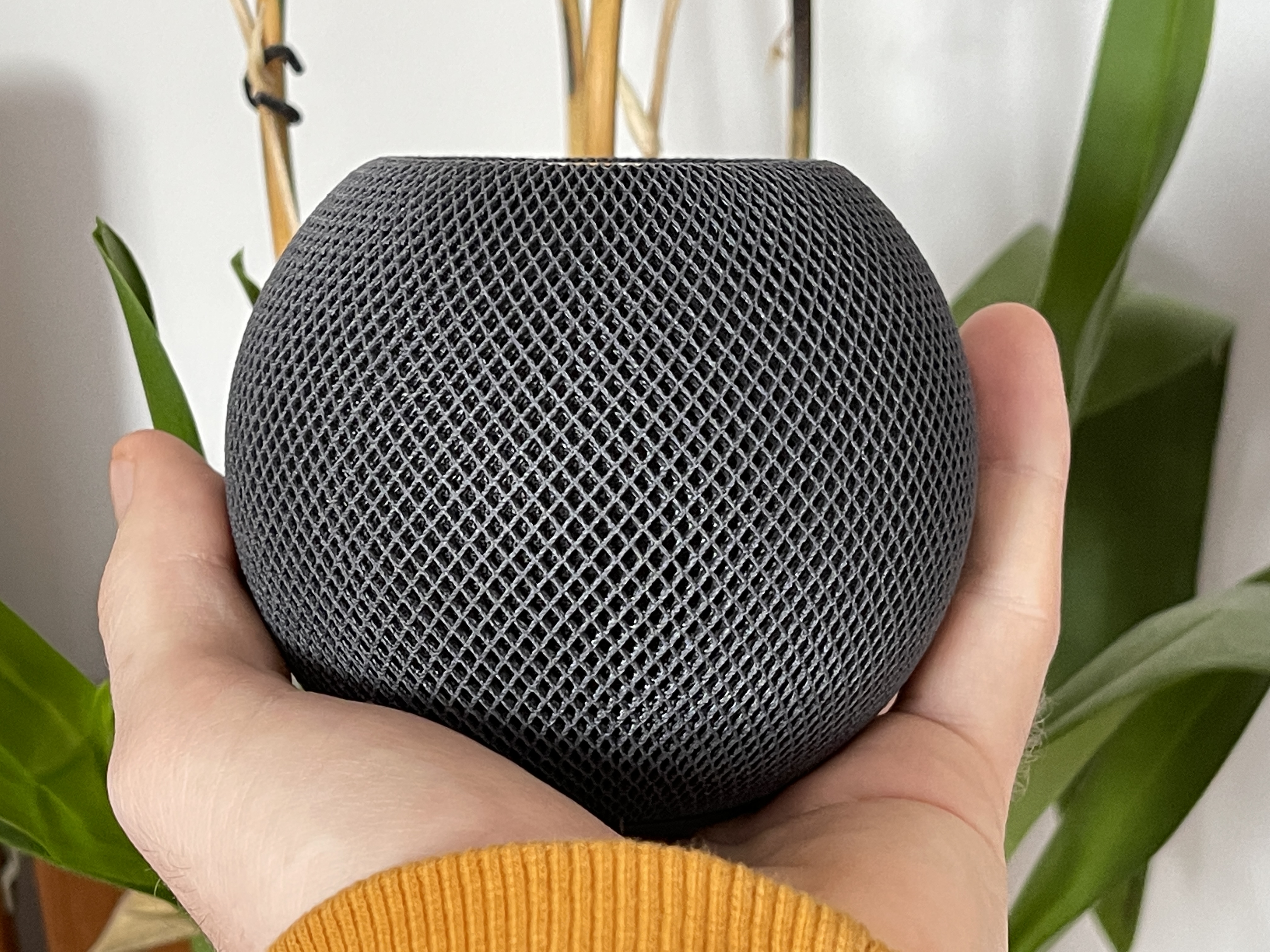 It’s tiny at just over 3 inchesCredit: The Sun / Sean Keach

It’s a small pod that stands at just over three inches tall.

The soft fabric mesh that covers the pod comes in black and grey colour options, both of which look good.

I love how it looks: it’s like a neat little ornament for your desk or kitchen counter.

There’s a touch-sensitive surface on the top that lets you tap to control playback.

Of course, it’s a smart speaker – so you’ll spend more of your time using your voice for control. 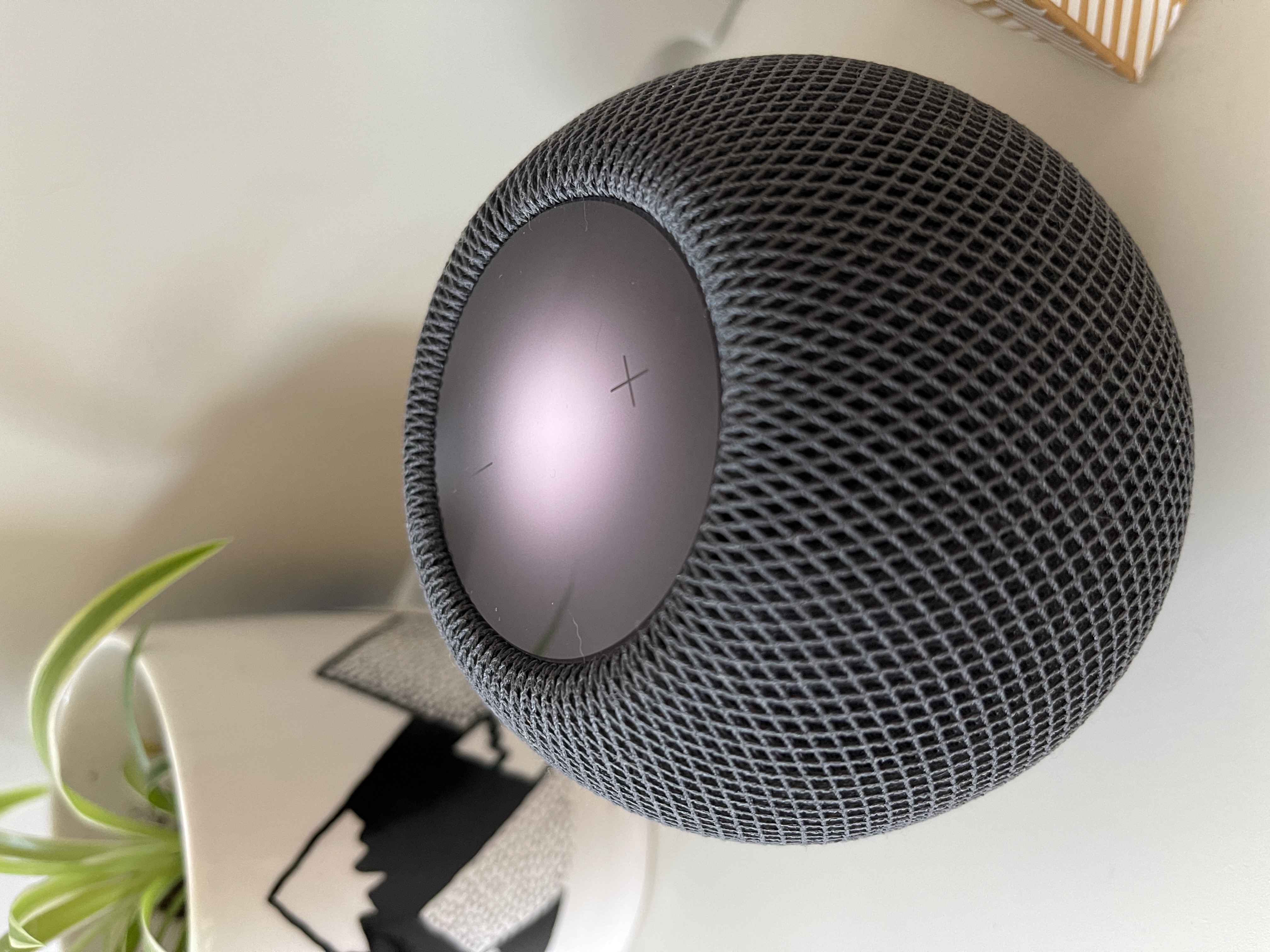 There’s a touch-sensitive surface on top that lights up during interactionsCredit: The Sun / Sean Keach

In terms of audio, it lacks the heft of the proper HomePod.

But for its size, it’s an absolute powerhouse – possibly best-in-class.

I’m continually impressed by the relatively deep bass, and overall richness of the sound.

There’s great clarity even at high volumes, with no discernible distortion.

And boy does it go loud: you can quite easily use this as a main speaker in your room – unless you’re living somewhere very grand indeed.

This is no surprise: there’s a full-range dynamic driver and passive radiators, as well as an acoustic wave-guide.

The latter makes sure you get proper 360-degree sound wherever you put the speaker.

Inside you’ve got Apple’s S5 chip, which adds its own computational trickery.

It lets the HomePod Mini analyse the sound profile of your song 180 times every second, to adjust the audio experience for best listening.

I’ve listened to metal, rap, dance, classical and good old-fashioned talk-radio and it all sounds peachy. 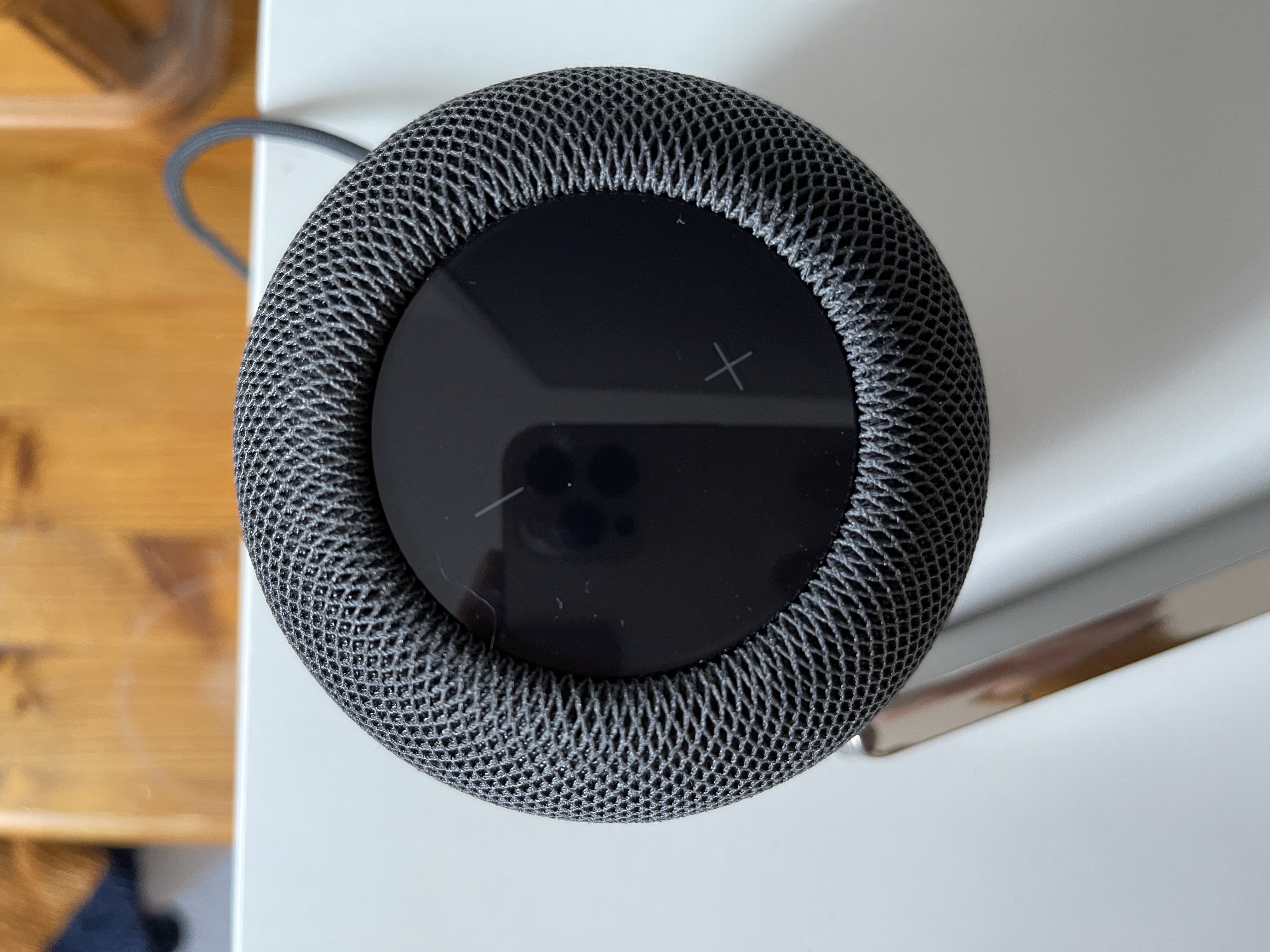 The speaker has an attractive fabric mesh on the outsideCredit: The Sun / Sean Keach

So it sounds good, but is it smart?

It’s got the same Siri that you’ll find in the iPhone, iPad, Mac – and HomePod proper, of course.

That means you can ask about the weather, get directions sent to your iPhone, or request a song, album or even a rubbish dad joke.

She picks up voices really well: I find her more consistent and speedy than Alexa, and I get far fewer false-positives.

Much of the joy of Siri generally is being able to control other gadgets with your voice.

Smart lightbulbs are cheaply available these days (I use an excellent Nanoleaf bulb in my study) – and turning them on or off with a simple phrase never gets old.

You can control multiple lights, gadgets or rooms at once, which is neat.

And it also ties into the Apple Home app, which lets you see and control your gadgets from an iPhone or iPad.

If you’ve got two HomePod Mini speakers in the same room, they’ll give you the option to stereo pair them.

And you can also use them as part of a surround-sound speaker set up for your Apple TV – but only if you’ve already got a full-size HomePod too.

Siri can recognise different voices, so she can tell you about your calendar – and not your partner’s. 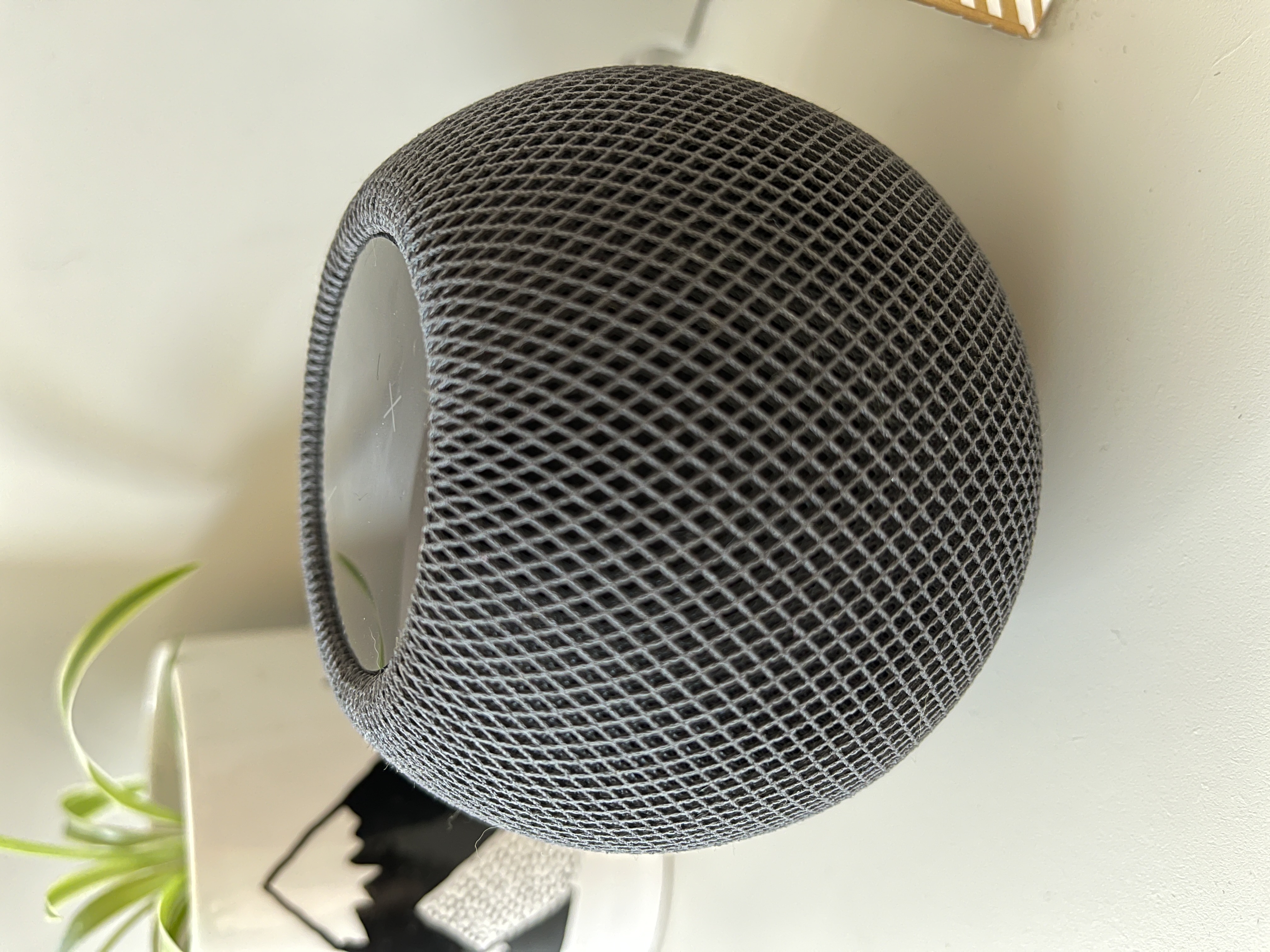 You can use the HomePod Mini to find your iPhone, making it “ping” from underneath the sofa cushion.

If you bring your iPhone near the HomePod Mini, it will automatically transfer whatever is playing to the speaker. Seriously cool, and one of my favourite features.

There’s also a new feature called Intercom that lets you send voice messages between rooms if you have multiple speakers.

You could also send a message from outside of the home using your iPhone, like: “I’m on my way, want anything from the shop?”

You may be noticing a trend here: HomePod Mini works best if you’re already in the Apple world.

It’s significantly better if you’ve got an iPhone versus an Android.

And although other music services are supported, Apple Music is the default streaming option.

So consider whether you’d get good use out of many of these features before buying a HomePod Mini. 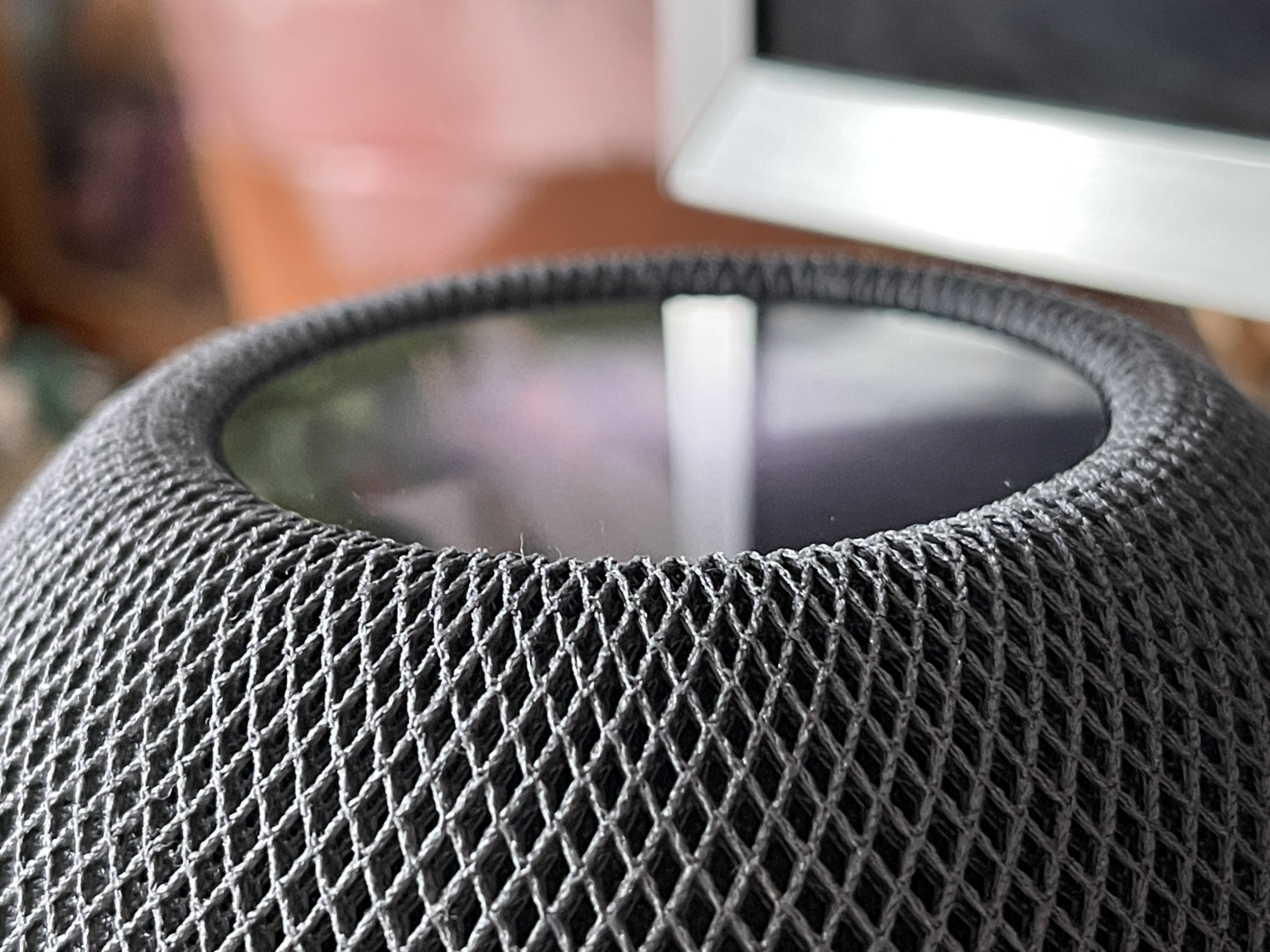 The HomePod Mini is brilliant, especially if you have an iPhoneCredit: The Sun / Sean Keach

Apple HomePod Mini review verdict – should you buy it?

The HomePod Mini isn’t going to be the right speaker for everyone.

For a start, not everyone needs a £99 smart speaker. Amazon and Google offer entry-level options at a third of the price – which may suit you better.

And if you’ve got no other Apple devices, you’ll find the Mini less useful than someone with an iPhone or iPad.

But for £99, it’s an absolutely cracking speaker that does the job well.

The sound quality alone is probably worth £99, if you’re into music.

If you want to test the Apple smart speaker waters without buying a full-size HomePod, this is the way to go.

And it’s also a great option to put Siri in more places around your home.

The Sun says: A brilliant speaker with loads of great features and exceptional sound – but at £99/$99, it’s not for everyone. 5/5

In other news, Apple recently launched new MacBooks with better performance and battery than ever before.

YOU may have to update your brand new iPhone or iPad before you can play music on it. Apple issued...